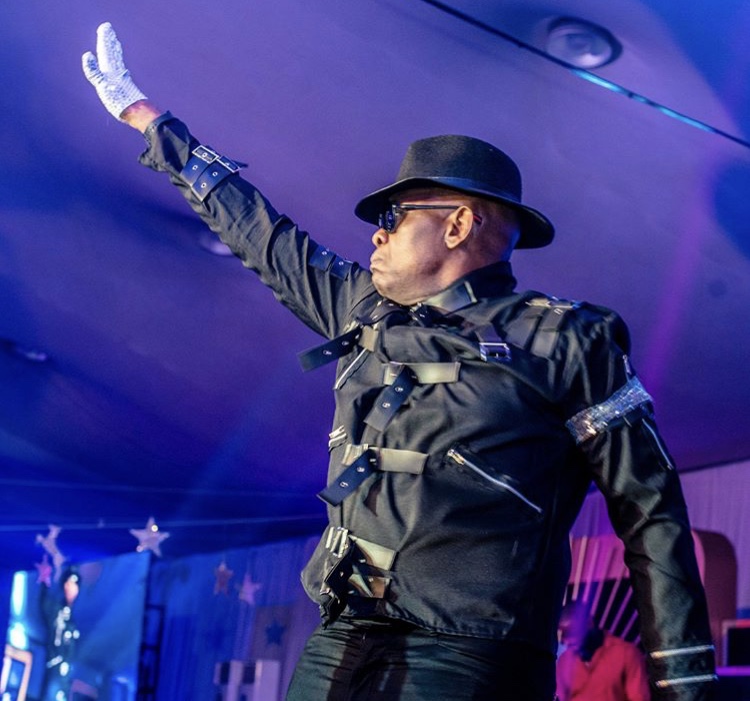 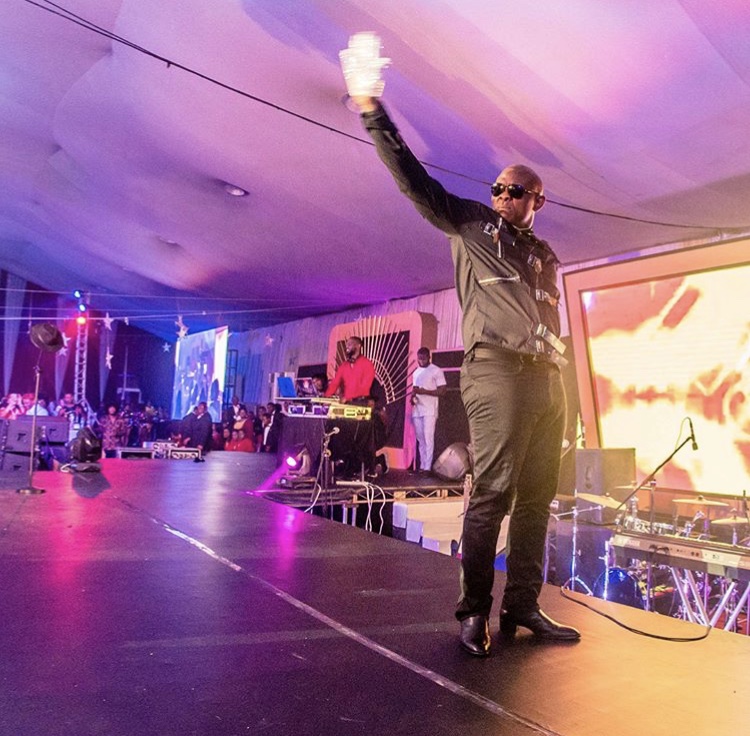 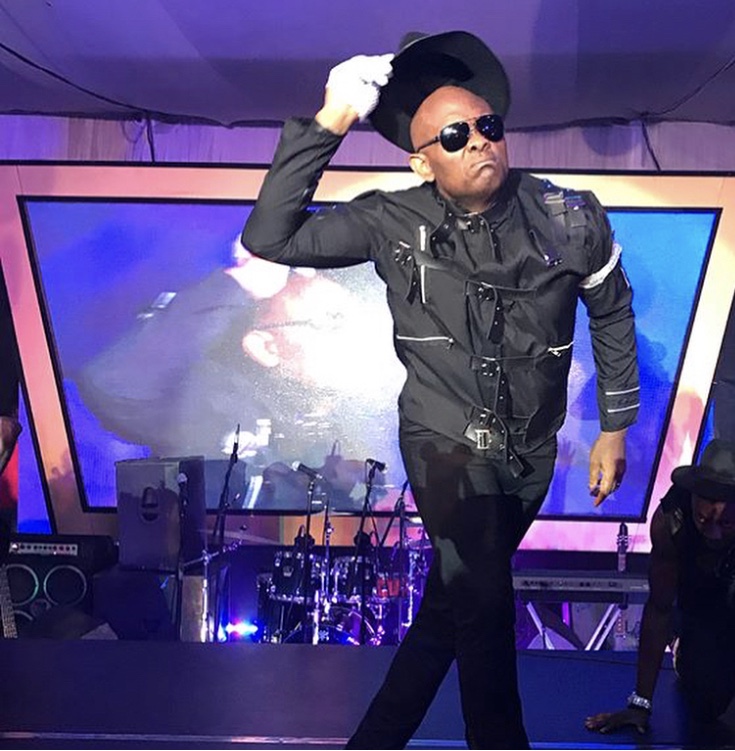 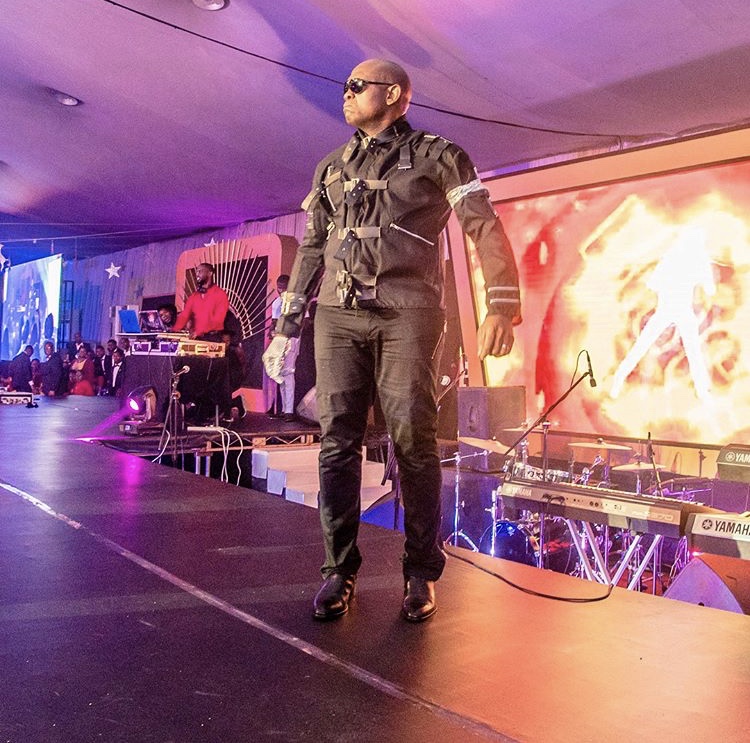 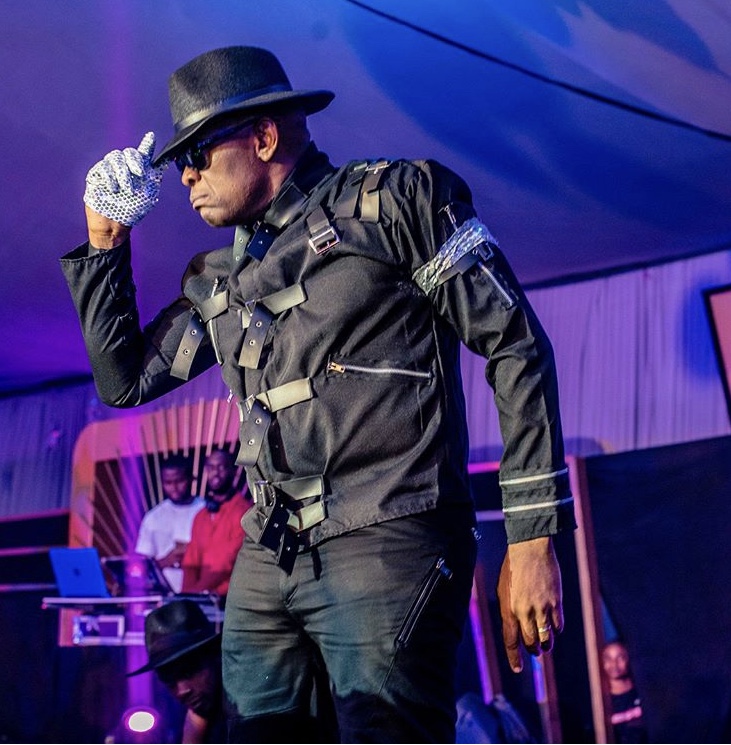 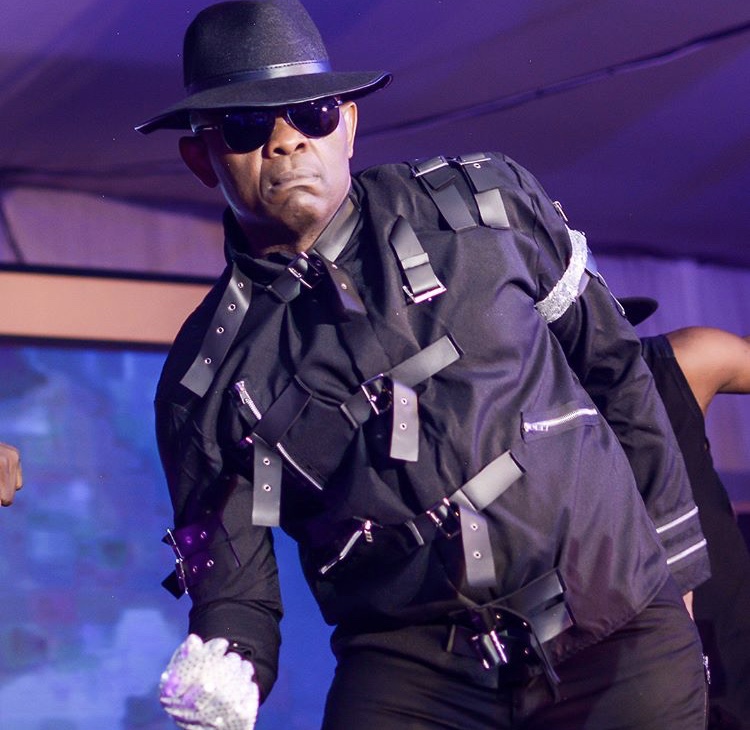 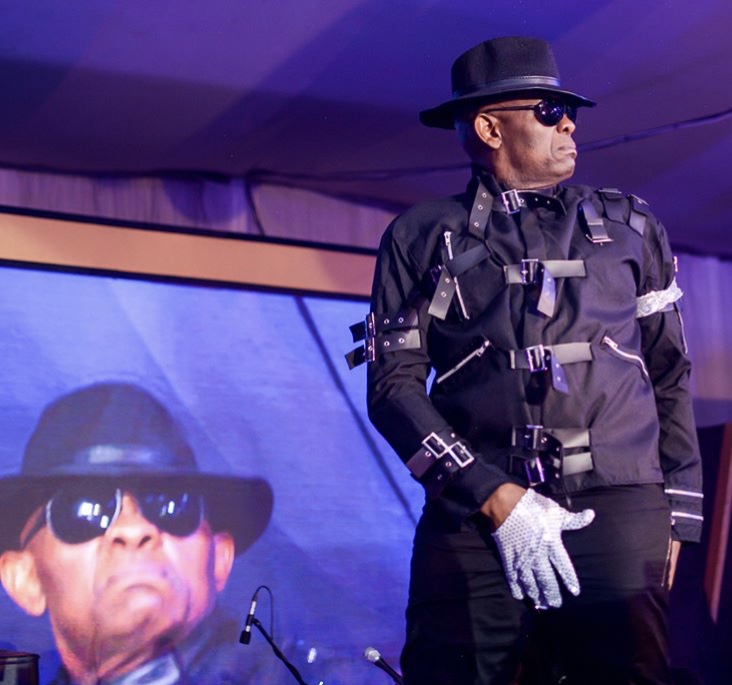 Day was Saturday, December 16, 2017. Event was the annual UBA end of the year/Xmas party. On the stage and the cynosure of all eyes was none other than banker extraordinaire, billionaire boss and chairman of Heirs Holdings, who also doubles as the Group Chairman of UBA Plc, Mr. Tony “MJ” ELUMELU. Party dress theme was disco era.

That he is a fan of the “king of pop, Micheal Jackson” is a known fact that’s well celebrated, but that he could and would channel the man who used to be known as the king of the stage, the dance machine, the ultimate performer, the man idolised the world over for his singing and equally incomparable dancing ability was both a shock and at the same time hilarious to the marrow!

The normally very suave, and quite reserved top notch businessman on the day and at the event shed the toga of the reserved gentleman and instead wore his dancing and magical shoes ala MJ at one of his shows. Elumelu fully channeled MJ in his dressing and even performing on stage to the delight of all.

Just imagine that the 54 year old businessman and philanthropist, even wore the one handed bejewelled glove and even the hat, MJ sometimes wore for his performance which he would now throw away; not just that TE even did the crotch grabbing move very synonymous with the “stage god”.

It was both fun and hilarious to the highest height. While Tony was the only one on stage at the beginning, others later joined him to reach the climax of the performance.

Kudos. If there was another job that the consummate banker could have excelled in and very well at that, it would have been entertainment.