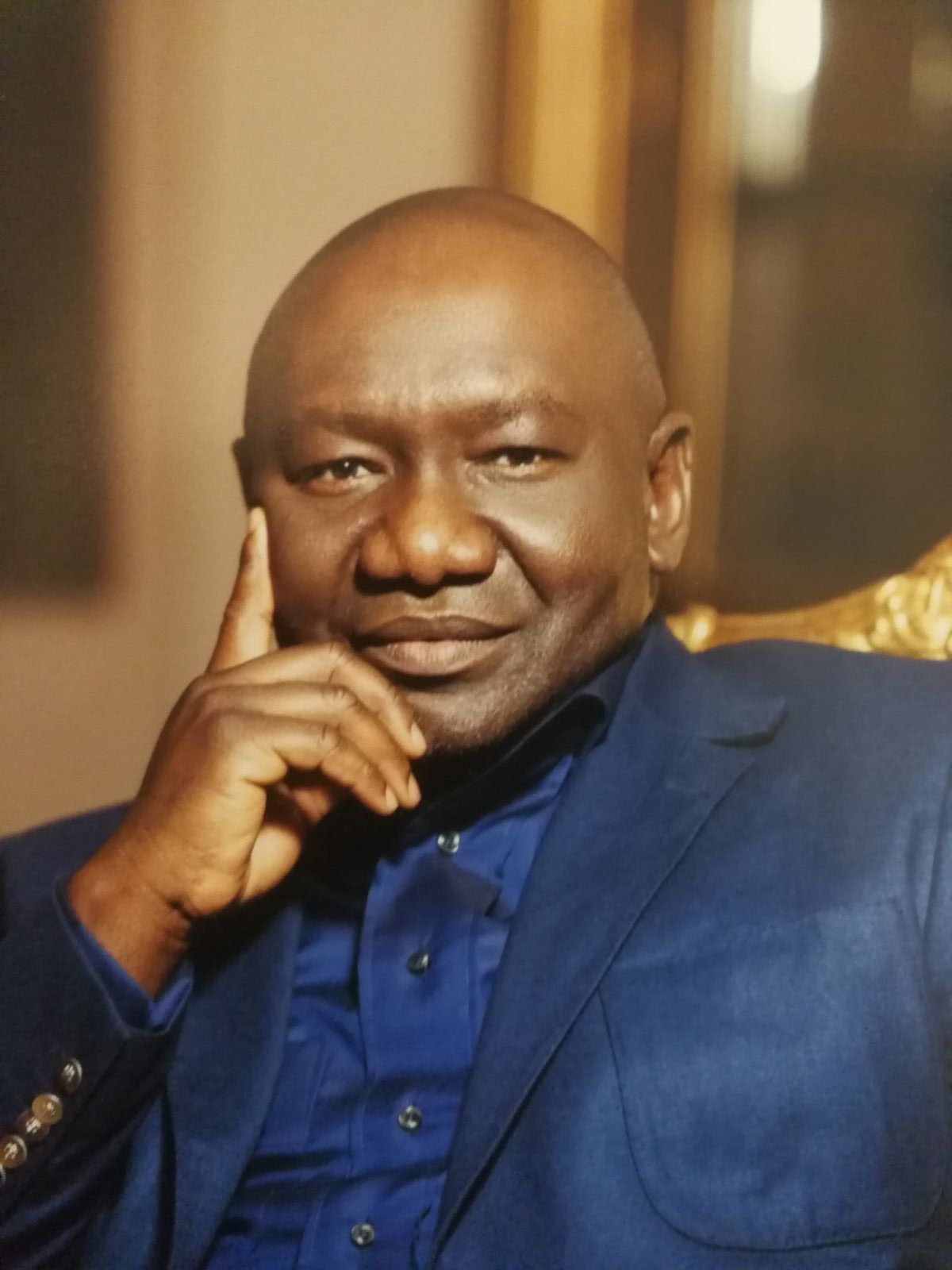 HE IS THE 17TH RICHEST MAN IN AFRICA-

Founder and Executive Vice Chairman of integrated energy company, Aiteo Group, Benedict Peters, clocked 51 on Tuesday, December 5, 2017. And in the past two weeks, the elusive billionaire who has changed the face of Nigerian football and is taking us to the World Cup in Russia, has received 3 big awards from New Telegraph, BusinessDay and Leadership.

A consummate businessman with an unassuming personality, there is a lot about the gentleman fondly called Benny that many do not know about.

1. Born in Abakaliki
Although of Delta State origin, Benedict Peters was born in Abakaliki, the capital of present-day Ebonyi State on December 5, 1966 to a middle class family. He and five other siblings were raised by their banker father and a homemaker mother. Formal education began at Ekulu Primary School, Enugu, from which he proceeded to Federal Government College, also in Enugu.

2. Graduate of UNIBEN
He graduated from the University of Benin (UNIBEN) with a B.Sc. degree in Geography and Urban Planning in 1989 at the age of 22. His father retired from banking while he was at the university, prompting the young Peters to develop entrepreneurial skills ahead of many of his contemporaries.

3. Tomato and cocoa trader
After graduation, an enterprising Peters became a cross-country merchant with interests in agricultural produce. He started with large-scale trading of tomatoes from northern Nigeria to the south and trading in cocoa for local consumption and export. Sale of new and used cars, vehicle spare parts and real estate were some of his other early business interests.

4. From banking to Ocean and Oil
The seed of what would later become a flourishing career in oil and gas was sown at Union Bank where Peters did his mandatory one-year National Youth Service. A job offer by the bank was politely turned down for a chance to build a fortune from his relationship with Wale Tinubu, Jite Okoloko and Mofe Boyo of Ocean and Oil.

5. Managing Director of MRS
Convinced of Peters’ competence and far-reaching influence, Alhaji Sayyu Dantata head-hunted him to join MRS Oil Nigeria Plc as Group Executive Director in 1994, followed by promotion to the position of Managing Director. In no time, the company became a prime player in the downstream sector of the oil and gas industry. Peters wrote his name into MRS folklore in five short but eventful years.

6. And Sigmund Communecci became Aiteo
Peters left MRS in 1999 to establish Sigmund Communecci – a petroleum product supply and trading company. It owned and operated a petroleum storage terminal in Abonnema Wharf, Port Harcourt. In October 12, 2000, the company secured a credit line of N250million from City Express Bank with a 365 day repayment window. Given the satisfactory performance of the first loan, the company got another loan on May 13, 2002 from the same bank for N500million, and another N350million on June 20, 2002, a testament to Peter’s vision and commitment. With Several other banks clamoring to extend facilities to the young maverick, Peters quickly became the most funded businessman in Nigeria. Sigmund Communecci rebranded in 2008 and was renamed Aiteo with eyes on phenomenal future growth.

7. The OML 29 story
Riding on the wave of the Nigerian Local Content Act of 2010, Peters led Aiteo to acquire OML 29 from Shell Petroleum Development Company (SPDC) after a keenly contested international bid in September 2015, and was able to grow the facility’s production output from 23,000bpd to a record 90,000bpd by dint of innovation and professionalism within one year. This feat has not only generated over 11,000 job opportunities but also reinforced Aiteo’s position as a leading indigenous oil and gas company with prospects to become a major global player in the medium to long-term. As a firm believer in Nigeria, Peters has steered the Group’s strategic focus towards boosting the country’s overall financial capacity. Aiteo’s strategic strides have contributed Foreign Direct Investment (FDI) worth over US$4 billion to the Nigerian economy. Today, Aiteo is the largest indigenous petroleum company according to output in line with the Nigerian government target of 100 per cent local content in 2027.

8. Acquisition of US property
With an estimated net worth of US$2.7 billion and ranked by Ventures Africa as the 17th richest person in Africa, Peters legally purchased Unit 4204 of The Atlantic, an apartment located at 270 – 17 Street in Fulton County, Georgia in 2011 with funds sourced from his personal account. Available documents show that he has at various times, personally paid billing companies for maintenance services rendered in connection with the property up to 2017. He has property in other parts of the world including the United Kingdom, with investments also in agriculture, mining and infrastructure.

9. Philanthropy and giving back to society
In April 2017, Aiteo announced a five-year partnership agreement with the Nigeria Football Federation (NFF) worth an estimated N2.5billion. The partnership saw the Group emerging the NFF’s Official Optimum Partner and funding the salaries of all the national teams.  In June 2017, Aiteo followed up this sponsorship with a fresh N2.5billion agreement to underwrite the costs of the Federation Cup, which was thereafter renamed Aiteo Cup. Peters took his philanthropy beyond borders in October when Aiteo announced a partnership agreement with the Confederation of African Football (CAF) to sponsor the annual CAF Awards 2018 to honour footballers who have made meaningful contributions to football development on the continent.
Before then, in July 2014, Peters founded the Joseph Agro Foundation which is focused on improving the lives of rural farmers with tools that can ensure their economic success.  As such, the Foundation supports employment initiatives that improve Nigeria’s school system, and also runs a number of awareness programmes to promote responsible water consumption among farmers. He has also made generous donations to the Adamawa State Emergency Management Agency to help the state effectively tackle the acute problem of internally displaced persons.
Peters is also chairman of the Otuoke University Council, which supervises the university’s implementation of its strategic plan and executive policies.

10. Accolades
Armed with just a BSc from UNIBEN and no Ivy League certificate, Peters has been recognised for his extraordinary economic and social contributions across the continent.
He received the Marquee Award for Global Business Excellence at the Africa-US Leadership Awards dinner hosted by the African Energy Association in 2014.
He won the Leadership Newspaper’s “CEO of the Year 2014″ award for championing a local content deal facilitating Nigeria’s greater capacity to manage its oil assets.
In 2015, Peters was one of the recipients of the prestigious Dr. Martin Luther King Jr. Legacy Awards in Washington, DC for driving “Economic Empowerment” in Nigeria.

Christmas is Bigger, Better and Made in Nigeria!
MAYBE THIS IS THE BEGINNING OF WORLD WAR 2- AS TONTO DIKEH VS. ROSY MEURER MIGHT HAVE BEEN STIRRED!!!
Comment