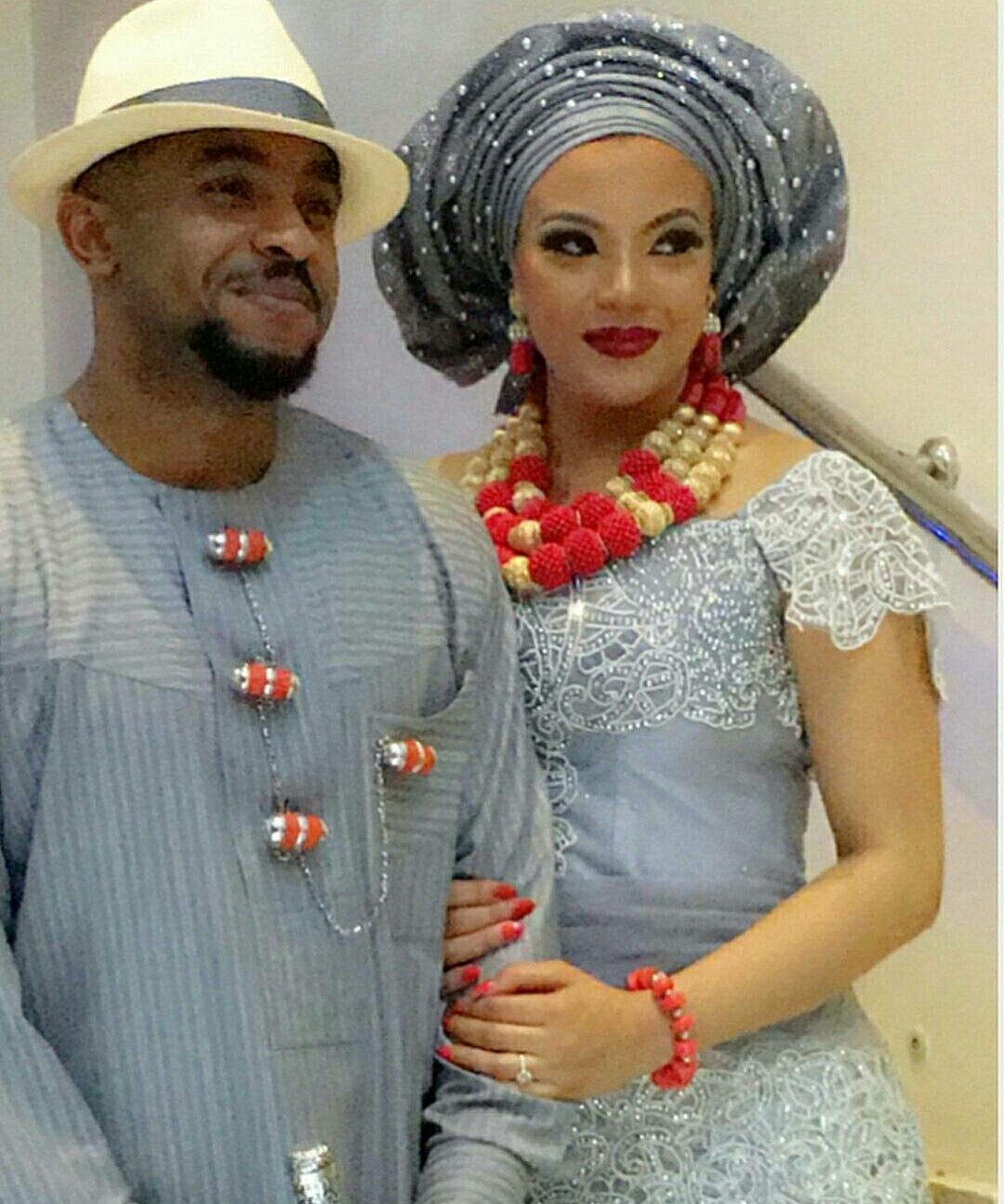 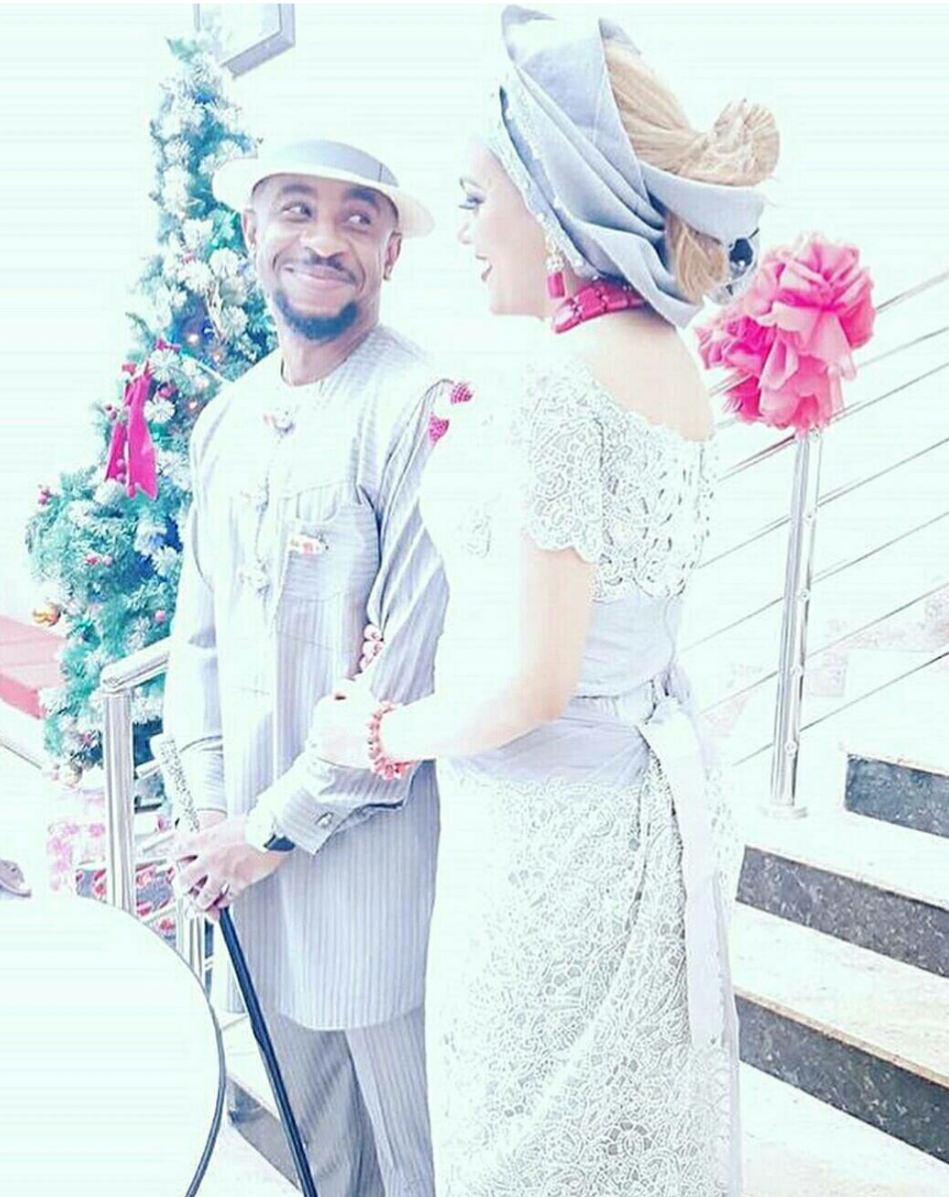 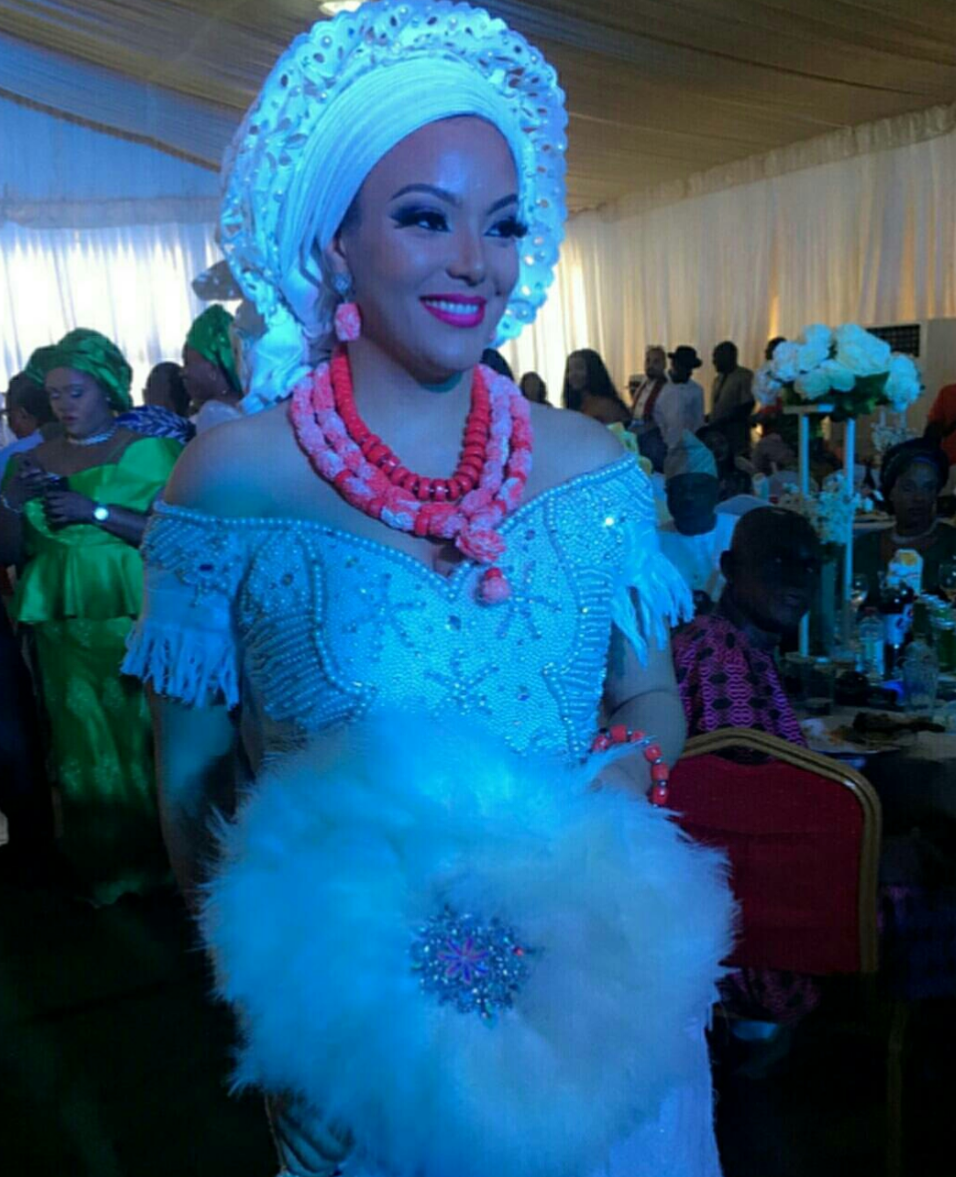 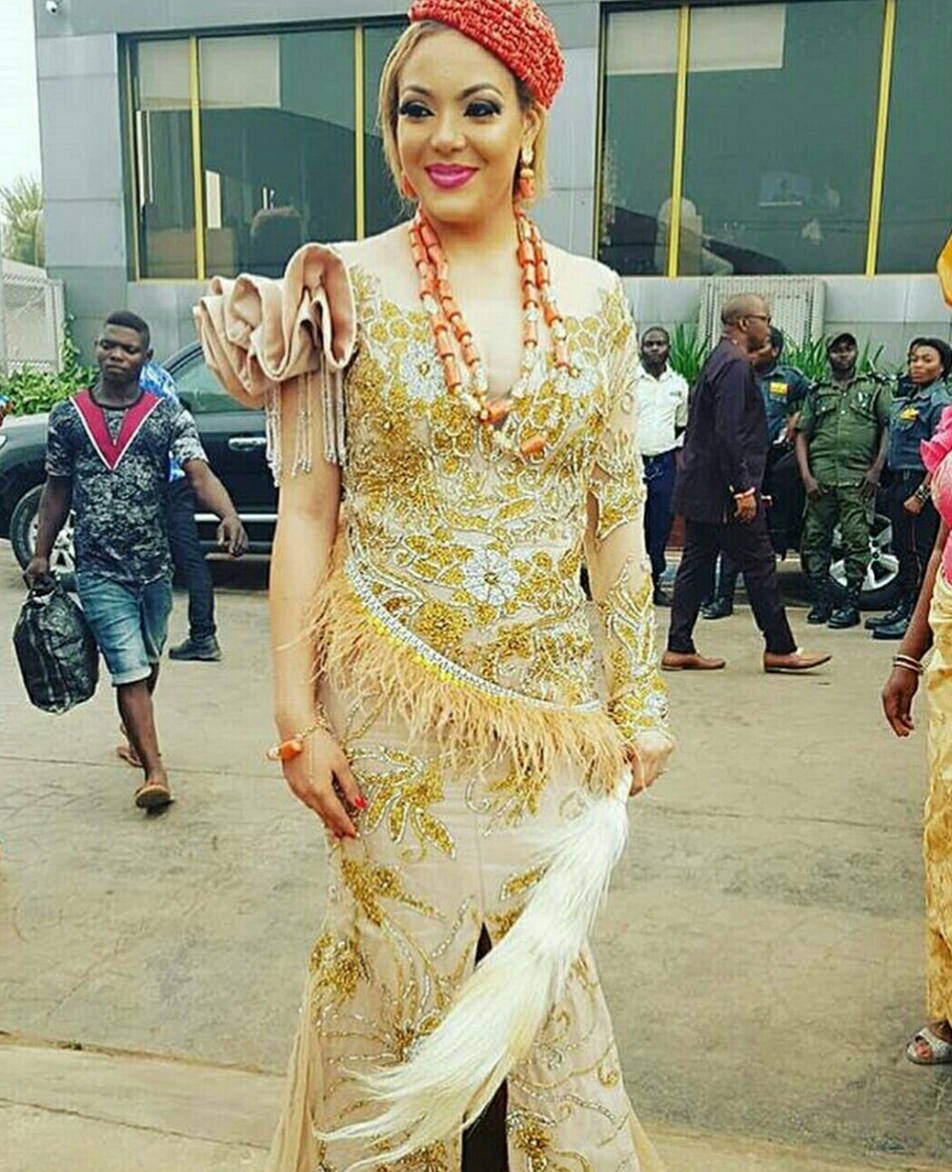 Former Celebrity girlfriend of rapper now turned actor, Ikechukwu Onunaku whose singing/rapping career seem to have gone totally, totally comatose in the person of Sarah Ofili, the ex-glamour model and “somewhat shoe designer”, at least that’s what she once told us she was; took the first major step towards matrimony very recently when she and her handsome, somewhat gentleman of a fiancee had their traditional engagement/traditional wedding in Asaba, Delta State.

The mixed race beauty, was looking as stunning and as stylish as ever in her gorgeous traditional outfit with a big smile on her face, we are sure heaving a major sigh of awesome relief as she stood next to her dude of a husband.

We are too sure that if Sarah would have her way, it’s either going to be a major wedding of the season come next year 2018 when the white wedding would take place or it might just be a quiet destination wedding, for the white either in England where she is majorly based or another country or even in Nigeria.

Sarah and her ex-beau Ikechukwu were in a 4 years tempestuous very public relationship, which was majorly emotional draining that the emotionally battered lady at a point had to call time on the thug love relationship.

She thereafter went somewhat incognito in her relationship afterwards, except for whenever she released any of her super sexy and seductive pictures online that she came back into the public’s consciousness, but now with this her engagement/traditional wedding she’s again in the public view, but for the right vibe.

We are gladly awaiting our invitation to cover her white wedding, whenever the time comes up.

GOOD HAIR LIMITED OFFICIALLY OPENS ULTRA MODERN MALL
WHO ARE THESE BAYROCK GIRLS AND WHERE ARE THEY FROM?
Comment