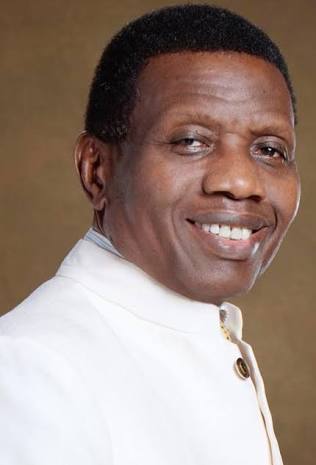 It has been Prophesies/predictions galore since the 31st December 2017 to 1st of January 2018, all centring on how the new year would shape out. We have brought you what 2 well known men of God have proclaimed or is it pronounced that God supposedly told them. Many of these men of God have very extraordinary large followership so whatever they have to say are held as sacrosanct, accepted to have come from the mind of God Himself.

Pastor Enoch Adejare Adeboye is held in a special place by all and sundry as a man of God of men of God, so when he sneezes, everyone catches cold! He has also pronounced what he says God is telling his people and the world at large. One of the very first pronouncements is that 1. Significant “GOLIATHS” would “Fall”. He went on to say, he would be saying it carefully so he wouldn’t be misinterpreted!

Not wanting to prempt him fully, we would like to suggest that, that might mean those held in high esteem in some major positions of authority or influence. It could also mean those who via their positions have held the people captive or have trampled on the people. Pastor Adeboye didn’t mention who the Goliaths were though.

He went further to say that, Erstwhile stubborn mountains will move.

Many people will wake up to realise that their future is not in the hand of any government and as a result a lot of lost ground will be reclaimed.

Saboteurs will be disgraced and displaced.

Before the end of the year, there will be rays of hope that all will still be well.

There will be misunderstandings amongst nation, but no major wars.

There will record-breaking temperatures both high and low.

There will be a handful of breakthroughs both scientific and medical.

The count down to the end has started.

LATTER RAIN’S PASTOR TUNDE BAKARE PROCLAIMS GOD INSTRUCTIONS FOR HIM TO RUN FOR PRESIDENCY! ALSO 2018 IS THE YEAR OF THE WOMEN!
AMBODE’S WIFE PRESENTS GIFTS TO FIRST BABIES OF 2018
Comment