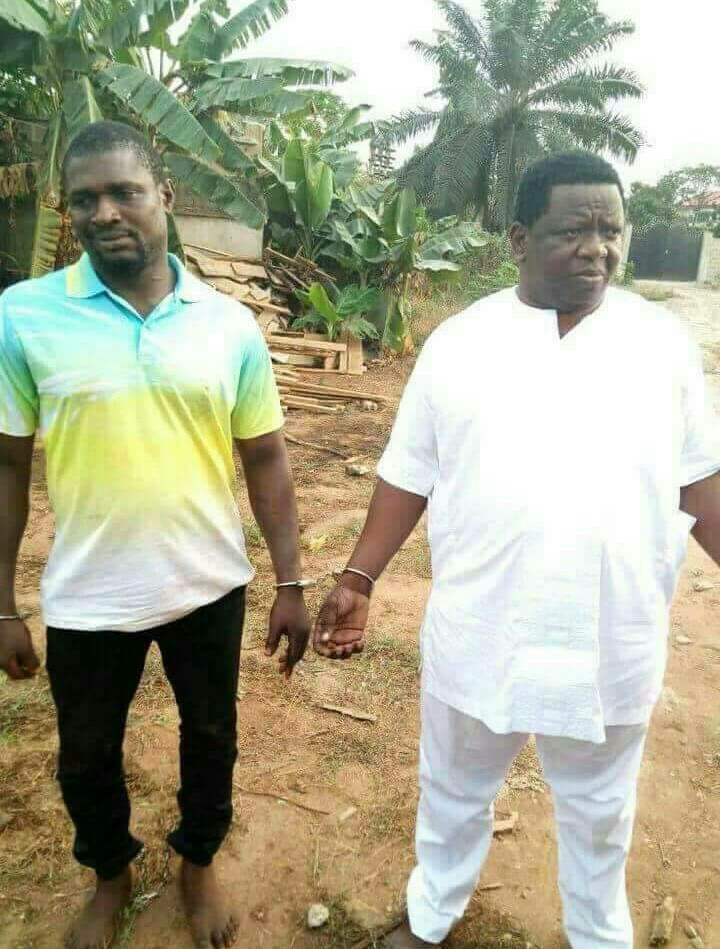 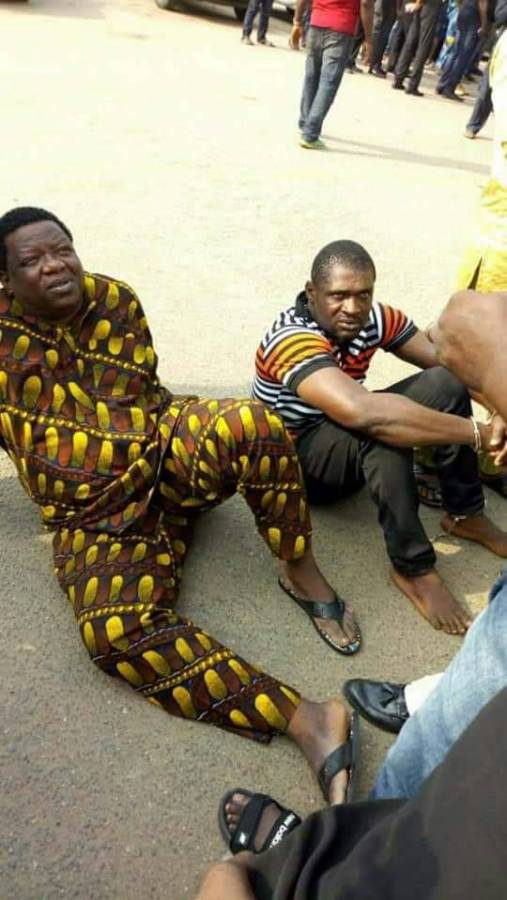 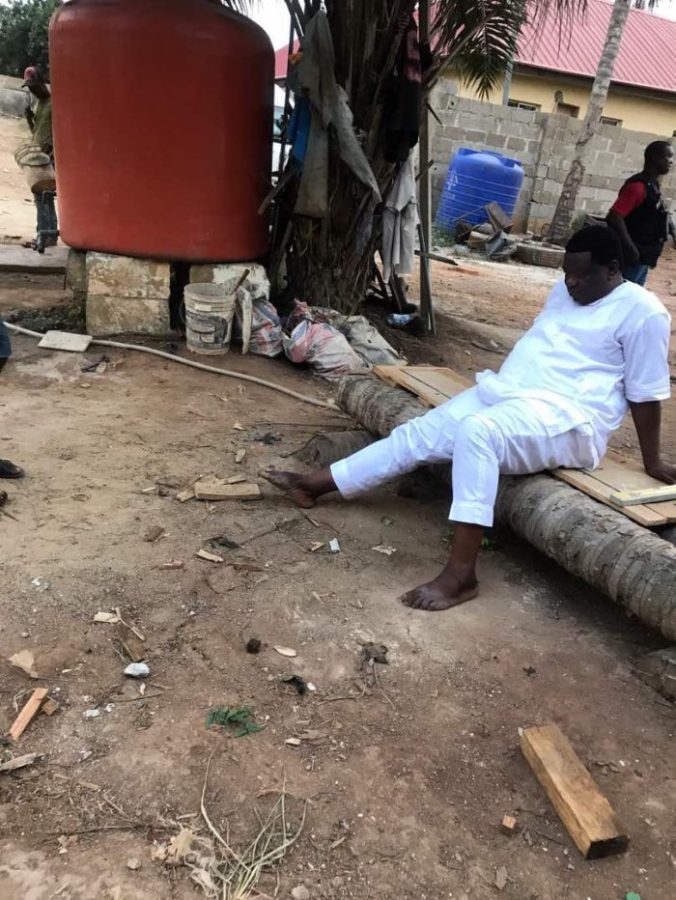 Life is supposed to be sacred, most especially human life. Imagine that for some people to kill a chicken or even any other animals without a soul is a No no. Now think about a person, whose speciality, whose source of “living”, whose job is to “snuff” out lives!!!!

Totally unimaginable we suppose, but that seems to be how the man- Adeola Williams, 39 aka “Ade Lawyer” an indigene of Isasi, in Ijebu Ode, Ogun State caught by the Inspector General of Police, Intelligence Response Team-IRT just this week makes a “living”!

The legend about this young man all over the Lagos island is totally unbelievable. It’s like everyone in that part of Lagos and beyond knows about his legend and they talk about him in awe and fear, apparently he has done and has engaged in this his trade for quite a while and has built a reputation, for being “a master of the game” for himself. People were even surprised that he could be caught, because part of his legend is that he is, a supremo par excellence when it comes to voodoo fortification and because of his belief in the efficacy of his so called fortification, he moved about like he was one of the gods and like a virtual untouchable. Some of the things heard, in particular the atrocities spoken about concerning him and his supposed invincibility are legendary.

One of the things we heard was that if the dude is being chased, he has the uncanny and unbelievable ability to always outrun whoever his chasers are and also, somehow, someway weaken those running after him. Unbelievable? Yes totally through and through. 2 other things spoken about him in awe and fear is his unbelievable, nearly super human strength and his fearlessness, it’s like life holds no value to him, so like chickens he can just snuff out a life like it was nothing.

It is said according to the legend that the dude supposedly has a target of the number of lives he must end, he would or could end prematurely before he could ever be caught or even killed! That’s because those who supposedly gave him the fortification had assured him of his near invincibility. According to some gist, things or those that should be dear to him were part of the things used for his fortification!

But it’s like all of the above are just myth fanned by some to make him look far more than he really is, it’s like let his fear go ahead of him, so that his adversaries are already wounded even before he arrives, but with the way he was caught this outgone week, it makes it look like the legend about him, were just mere pumped up stories. It also perfectly showed that many days for the thief, but only one day for the owner of the house.

Though, Ade Lawyer had ran to Akure, Ondo State after performing his dastardly act, when he snuffed out the life of the PA to his actual target, who had escaped “miraculously” with bullet wounds, he could only run this time, but he couldn’t hide nor escape anymore, for his time had come to face his just recompense.

The fear of the IRT, led by their extraordinary leader/team commander, Asst Commissioner of Police, Abba Kyari has become the beginning of wisdom for criminal elements all over the country for some time now. It seems like whenever the Nigerian Police makes up her mind to solve a case or bring a case to a conclusion and quickly too, the only people that they call in, is the IRT led by its able leader. Mr. Assistant Commissioner, who seem to have a Midas touch and once he comes on a case, it is as good as settled or sorted.

So the assassin-Adeola Williams aka Ade Lawyer and his team were supposedly commissioned for a job by the former NURTW Lagos chapter head, Rafiu Akanni Olohunwa, their task was to take out (kill) another NURTW top honcho, Azeez Lawal aka Kunle Poly. The agreement for the job was a paltry ₦1.5million Naira. That’s how much a human life is worth to some! Out of the agreed fees, ₦500000 was immediately paid remaining ₦1m to be paid after the task had been accomplished!

In executing the dastardly brief, a Ganiyu Lawal aka Piero, Azeez Lawal’s PA was instead killed, while his boss who was the actual target escaped with bullet wounds, all of this action was like an action movie that happened just in January of this year!

For missing the actual target, Olohunwa according to Ade Lawyer refused to pay the remaining ₦1m and so the assassin who was now on the run, went after Olohunwa, seizing Olohunwa’s Hyundai SUV from his driver in lieu of the money that he felt he was being owed.

And so Ade Lawyer went on the run due to the heat raised by the attempted assassination and the murder of Piero. Already the police had been given the onerous task of fishing out those involved in the terrible killing and the task fell on the IRT. A few of the assassin’s accomplices were arrested and their leader himself was picked up in Akure thereafter.

The feared assassin after his arrest and interrogation became a “singing nightingale” or should we say a “singing cockrel or canary” that couldn’t be stopped no more, confessing to many other killings carried out by himself and his team. An AK47 with some spent catridges were supposedly recovered after a search. He has confessed to killing the whole occupants of a car somewhere in Badore, where 5 lives, a Ganiyu Asari & 4 others  were wiped out without any remorse, when he sprayed the car they were in with bullets. He also confessed to killing another Oshodi union boss by name Rasaq Bello aka Hamburger last year. He had also confessed to killing a Babatunde Dosunmu aka Mados in Ebute Metta and a Salawe in Ajah.

Following his confessional statement, where he stated that he was commissioned to do the killing by Olohunwa, the former NURTW chairman was also arrested and efforts have been intensified to arrest other fleeing accomplices still at large. Ade Lawyer has also confessed to have worked for many others too, some of those mentioned by him were traditional rulers and politicians.

However, Olohunwa in his initial statement has claimed that Ade Lawyer was on his own, that he didn’t pay him to kill anyone, he even went as far as claiming the ₦500000 he gave to the confessed assassin was out of fear for his own life and not for any job.

The self confessed serial killer even went as far as claiming that he has killed for Olohunwa more than once, to which the latter has denied. Now that both of them have been arrested, how would things pan out?

We would be following to see.