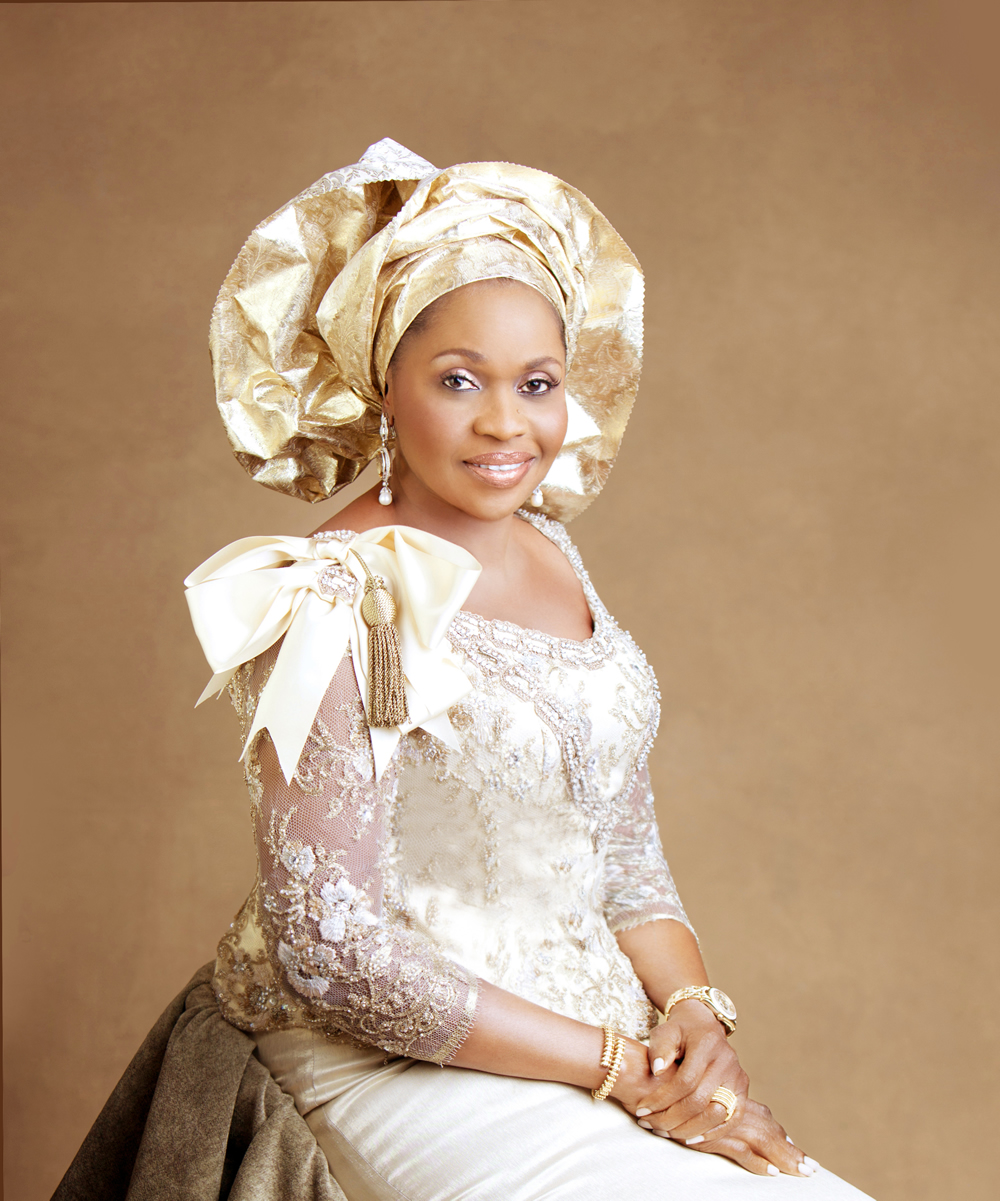 Two families uniting in matrimony is always a good thing, from just being strangers before or just friends, both in marriage becomes one united family and as much as possible, become one big single family. At least that’s what the union between the son, Seun of Hajia Bola Shagaya and the daughter-Damilola of the Vice President would engender, unity, oneness and love.

This wedding by all standards should be a big one, a VP of a super rich nation like Nigeria, who was a very successful lawyer before coming into politics, whose wife’s nuclear family- The Awolowos, are very influential and very well to do also and a billionaire business woman, who is not only very highly connected, but by implication also very very well to do. But from the little we have heard, thiugh all things are been put in place to make sure it’s a classy wedding by all standards, it is rather going to be a “quiet wedding”, far from the attendant noise that we are all expecting! If all things don’t change as planned, the engagement would be done inside the living room of the bride’s home in Abuja and the wedding ceremony and other events, would be at the Ballroom of the Aguda House in Abuja, the FCT, devoid of all the unnecessary noise and fanfare, paparazzi et al. Why both families have chosen to go this way, is only known to them. So all those expecting full Owambe mode, had better have a rethink. Maybe after this write-up though, things might change?

What we can tell you as a matter of fact for now though is that, Hajia Bola Shagaya the groom’s mom, has jetted to  Dubai, the tourist capital of the UAE to do the required shopping to make this occasion a grand one???? As much as possible, at least to the limit that they can go.

We all know that she has been quiet for a bit now, reason been that some of her funds have been held up (that EFCC matter, remains hanging), which might have affected many things, but being a billionaire, that doesn’t mean that there wouldn’t still be a few hundreds of millions here and there to play with that’s was kept somewhere. Apart from the paucity of funds, she being a friend to so many very powerful and super rich and influential people, especially someone like His Royal Majesty, The Emir of Kano, Alhaji Muhammad Sanusi II, her very good friend, who she singlehandedly bought and gave a “Rolls Royce” to when he became the Emir as a gesture of friendship, when things were more robust, we can bet that all of these great people would rally around her now at this time. Maybe the Emir, might even use his influence to relax some unnecessary scrutiny around HAJIA, so that she can breathe a lot more easier.

One very good part of this wedding also is basically that, major part of the finances concerning the events, at whatever level it would go would be born by the bride’s family, the Osinbajos, not because of their position, but because that the way it is in Yoruba tradition and culture. So Hajia would only just do as much as she can or wants to do, that’s after she and her family might have done the normal statutory contributions expected of them towards the wedding..

Part of the good things about marrying the daughter of the Vice President, who is known to be the 2nd most powerful person in Government in Nigeria, would be that if there was ever any issue or problem whatsoever before with the Government in whatever form, those issues are likely to either be totally relaxed or they would disappear totally, completely and quietly, without a whimper. That’s because you can’t be one big happy family and you are still having an issue or a problem with a unit of that one big family or still pursuing a negative issue against yourself! So we are expecting that madam would soon exhale without difficult pretty soon!

Now that the countdown is only a few weeks away (March 15 & 17, 2018 being the dates), would the dad of the groom, Mr. Shina BakareB emerge and be involved in any way? In fact who is Shina Bakare? Where is he domiciled? Lagos, Ilorin, Abuja, Cotonou, India or the US?

The little we know about the dad of the groom is that he is/was a “globe trotting businessman’ with tentacles that extended to “Cotonou, India and the US). He was a former Moslem who like his son got converted ti Christianity whilst “abroad” and he has since remarried. Though his whereabouts are not known, maybe he would appear at the wedding of his son to the highly cerebral, very well natured and behaved, gorgeous, eldest daughter of the VP.

Seun, the born again, Pastor in the making son of HAJIA Bola Shagaya a devout moslem, is one of Hajia’s 5 sons, Sheriff, Hakeem, Seun, Kabir & Tolani, who are all doing very well first e themselves. The first 2 boys are married. While 3 of the boys are Shagayas, Seun the 3rd born is aa Bakare and one of the boys is a Saro.

Kabir the 4th born and 2nd to the last would be getting married also this year too, in May from the indications we have gotten. And we are expecting that would be another big wedding too.

The very close ally of at least 5 former first ladies, namely the late Maryam Babangida, Maryam Abacha, late Stella Obasanjo, Turai Yar’Adua and Dame Patience Jonathan is a lady of style, elegance and panache anyday and we are sure she would bring that to bear at this occasion too.

ECOBANK VS HONEYWELL. THE REAL FACTS OF THE MATTER. WHAT DOES A BANK THAT HAS BEEN PAID IN FULL STILL WANT?
DADDY’S STAMP OF APPROVAL AS TEMI & MR EAZY HANGOUT WITH FEMI OTEDOLA
Comment