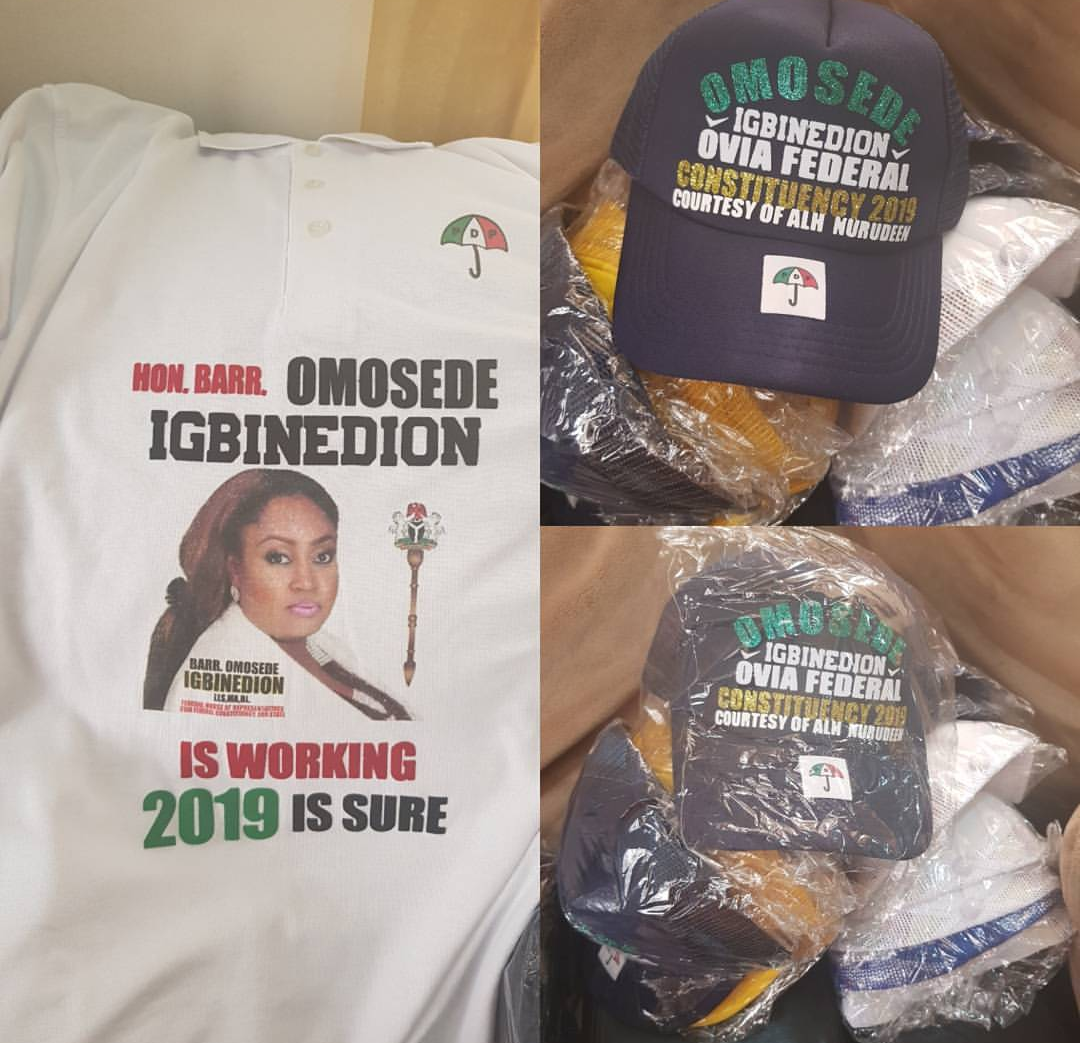 One of those already working assiduously in preparation for all that may come politically wise come 2019 is the gorgeous big boned daughter of multimillionaire businessman from Edo, his eminence “The Esama of Benin, Sir Gabriel Osawaru Igbinedion”, in the person of Honourable Omosede Igbinedion.

Like a good chess player, we are of the belief that the good friend of the current Liberian President, ex-top footballer, Mr George Tawlon Weah, is a firm believer in the time honoured saying that says “A stitch in time saves nine”, at least that’s the storyline the picture above is painting.

So as not to be caught napping or trying to begin to do things in a hurry when the time comes, she seem to be a student of another saying of the sages which emphasizes that “A long ago predicted war, wouldn’t ever kill or catch napping a smart cripple with wisdom”. So maybe in order not to be caught unprepared, madam “Rep” has thought to prepare long long ahead for what she wants to win, at least that’s the story that the picture above seems to paint.

Like it is said by the Yorubas of SAW, Nigeria, “Go on soun jooor”