The ancient city of Kano became the focal point for many hours yesterday, March 3, 2018. Nigeria, at least a sizeable chunk of the power that makes Nigeria tick and tock, gathered to celebrate 2 young lovers. The gathering of these high powered blend or mix, was because they were the children of 2 well known and well respected states Chief Executives, in the persons of Senator Abiola Ajimobi of Oyo State and his Kano counterpart, Dr. Umar Abdullahi Ganduje.

For Ganduje, it was his beautiful, very stylish, very brilliant daughter, by name Fatima “Baby” Abdullahi Ganduje, a First Class graduate of International and Comparative Politics, from the renowned American University of Nigeria, Yola, Adamawa. For AJIMOBI, it was his son, in fact only son, an equally brilliant and handsome, but quiet dude, by name Idris Abolaji Abiola-Ajimobi.

For you to better understand what we meant by Nigeria gathered in Kano temporarily, the President of the Federal Republic of Nigeria, President Muhammad Buhari, GCFR was in attendance, the Vice President of Nigeria was well represented by his very nice wife, Mrs. Dolapo “Dolly” Osinbajo, whose daughter’s wedding is forthcoming this month also. The 3rd in the hierarchy of power, who would be a most prominent feature come 2019 presidential election, Senator/Dr Bukola Saraki, the Senate President was in attendance. 22 Governors out of 36 state Governors were in attendance! Likes of Nasir El Rufai-Kaduna, Akinwunmi Ambode-Lagos, Ibikunle Amosun-Ogun, Rochas Okorocha-Imo, Yahaya Bello-Kogi, Rauf Aregbesola-Osun, Abdul’Aziz Abubakar Yari-Zamfara, Badaru Abubakar-Jigawa etc.  Those who couldn’t attend sent representatives. More than 11 Ministers attended, not less than 10 Royal fathers from across Nigeria were in attendance, one of those seen was the Alaafin of Oyo, Oba Lamidi Adeyemi III, the Iku Baba Yeye himself and yet there were captains of industries likes of Aliko Dangote, BUA Grp’s AbdulSamad Isiyaku Rabiu etc, top members of the diplomatic corps and so many more high powered guests from everywhere.

The wedding itself was packed full with much drama. It’s not everyday that the highly respected and revered monarch, HRM, the Emir of Kano, Alhaji Muhammad Sanusi II would conduct a wedding ceremony by himself, ably assisted by the Chief Iman, Prof Sani Zarahaddeen! While the groom was represented by none other than the President himself, who gave out the ₦50000 dowry, the bride was ably represented by the APC National leader, Asiwaju Bola Ahmed Tinubu who received the dowry!

It was a beautiful occasion in all ramifications, a blend of the very colourful traditions and cultures of the South (Yoruba) and the North. At a point in the whole colourful and rich event, Abolaji the groom temporarily became the King of Wakanda, when he sat on a throne like chair and his friends around him playfully did the sign of the Wakandan elite soldiers. 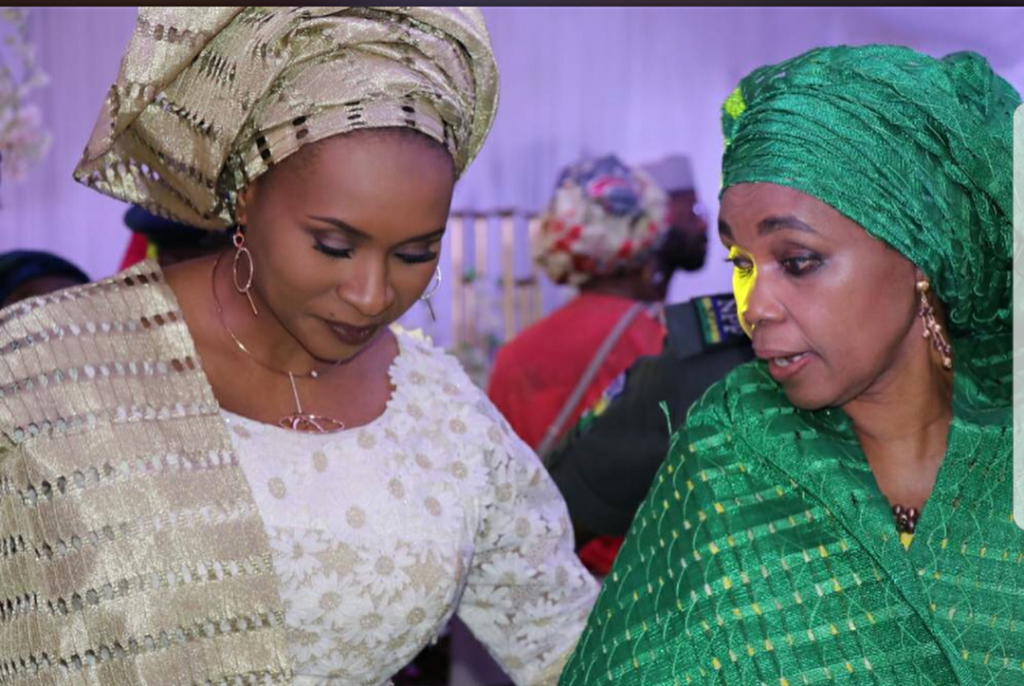 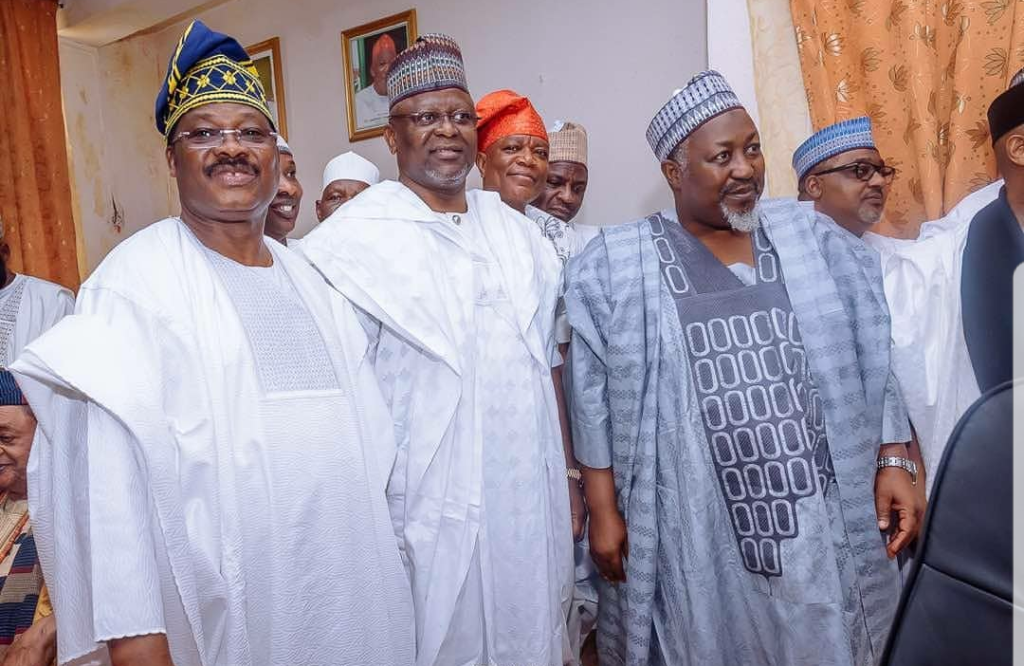