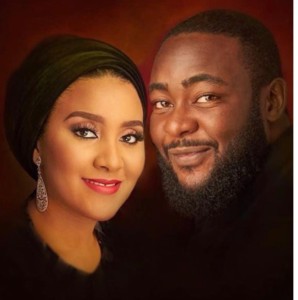 Now that we are done with the first of the many humongous ceremonies set to happen this month of March 2018, which started with Idris Abolaji Abiola-Ajimobi weds Fatima Baby Abdullahi Ganduje, where Oyo united and fused with Kano, now we are literally on to the next super massive one, which would define what having a sumptuous occasion is like, which is Jamil “Jam Boy” Abubakar weds Fatima Dangote.

Like everyone already know, this particular wedding is the fusion of the family of the richest blackman on Earth, known to the world as Alhaji Aliko Dangote whose daughter is Fatima and the family of the former Inspector General of Police of Nigeria, Alhaji MD Abubakar, whose handsome son is Jamil, the well known Pilot.

To start proceedings, the pre-wedding dinner to herald all other ceremonies began yesterday, Saturday, March 10, 2018 which the Father of the bride Alhaji Aliko Dangote hosted the couple, family members and friends to.

The first part of the actual wedding ceremony is earmarked for Thursday, March 15, 2018 in Kano State, while the concluding part is slated for the next weekend, which is Saturday, March 24, 2018 at the expansive hall of the Eko Hotel and suites, Victoria Island, Lagos and by all standards it would speak volume.