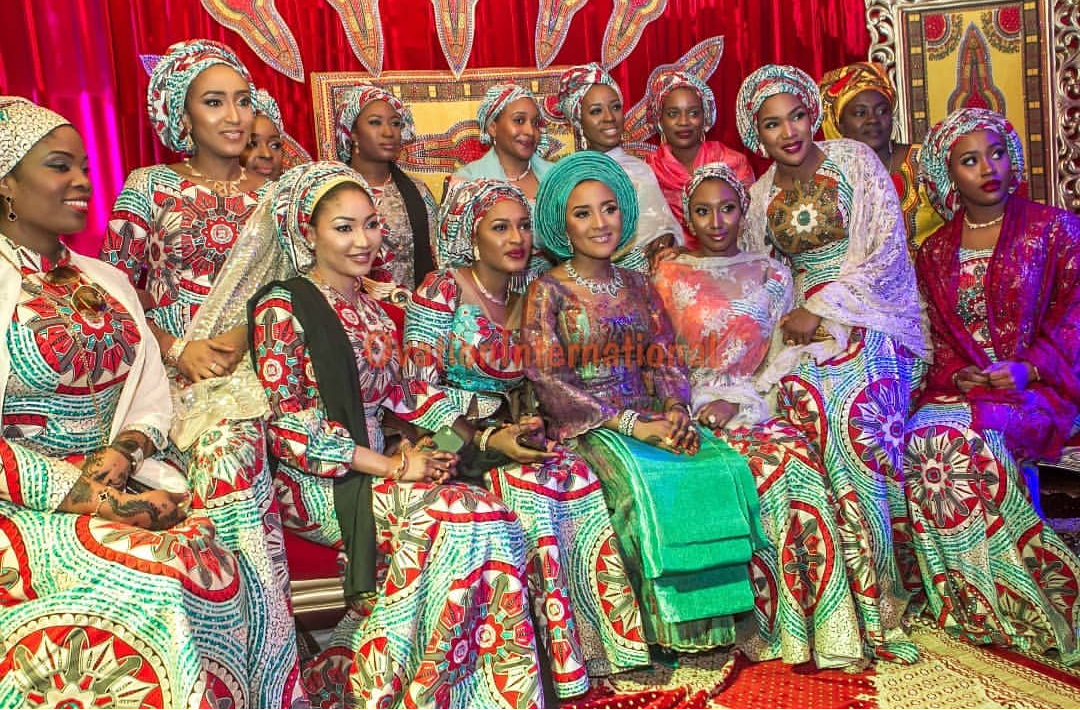 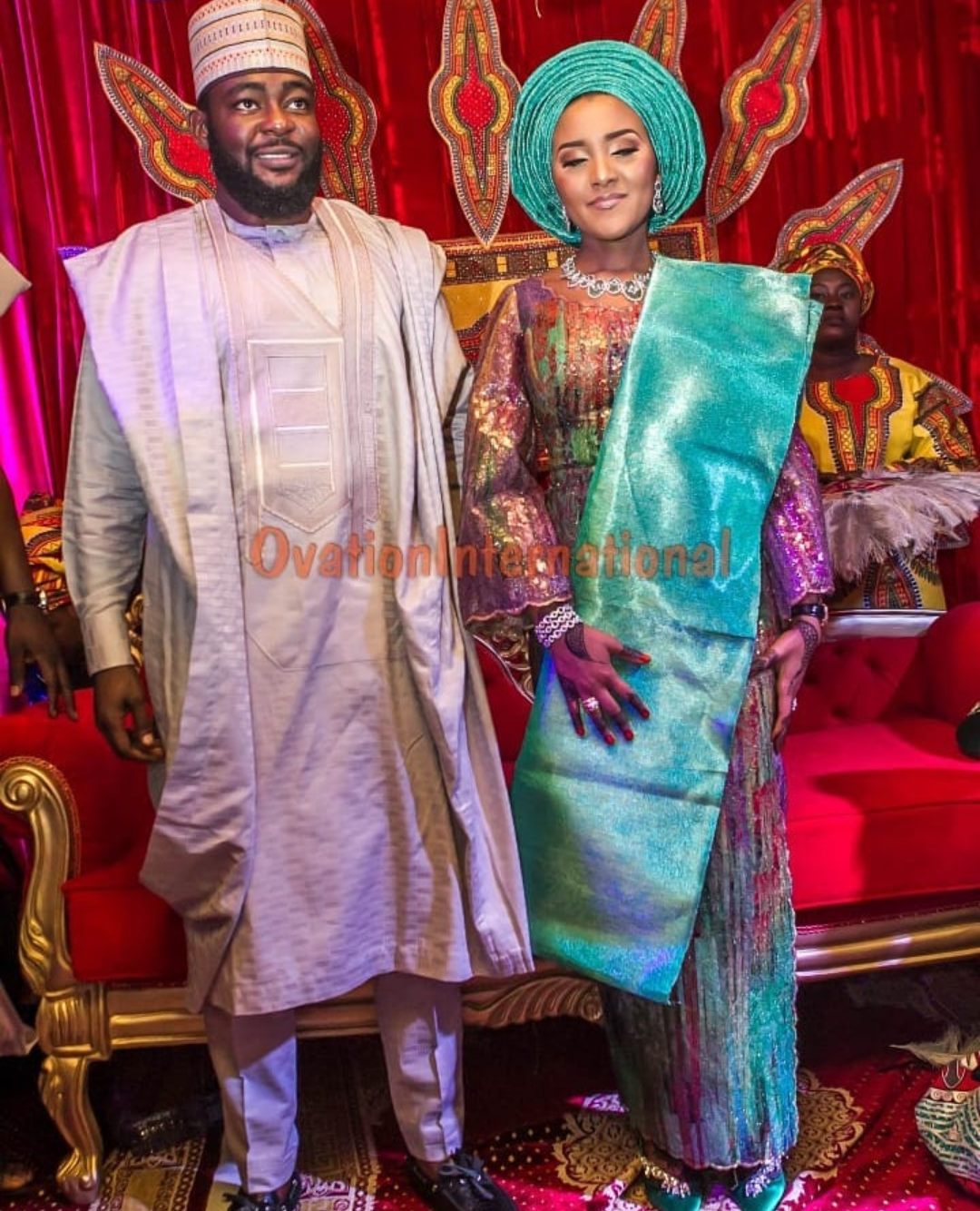 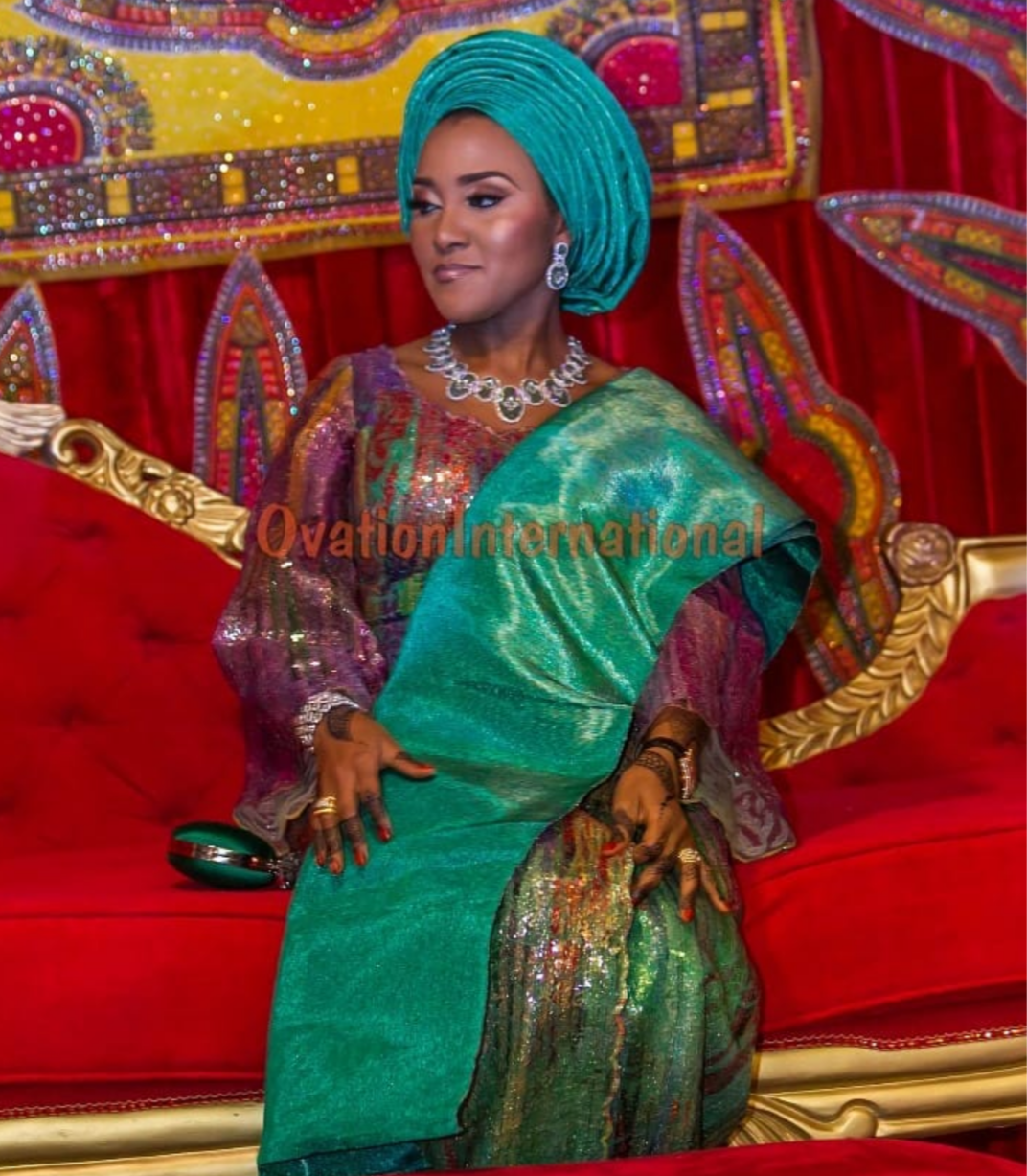 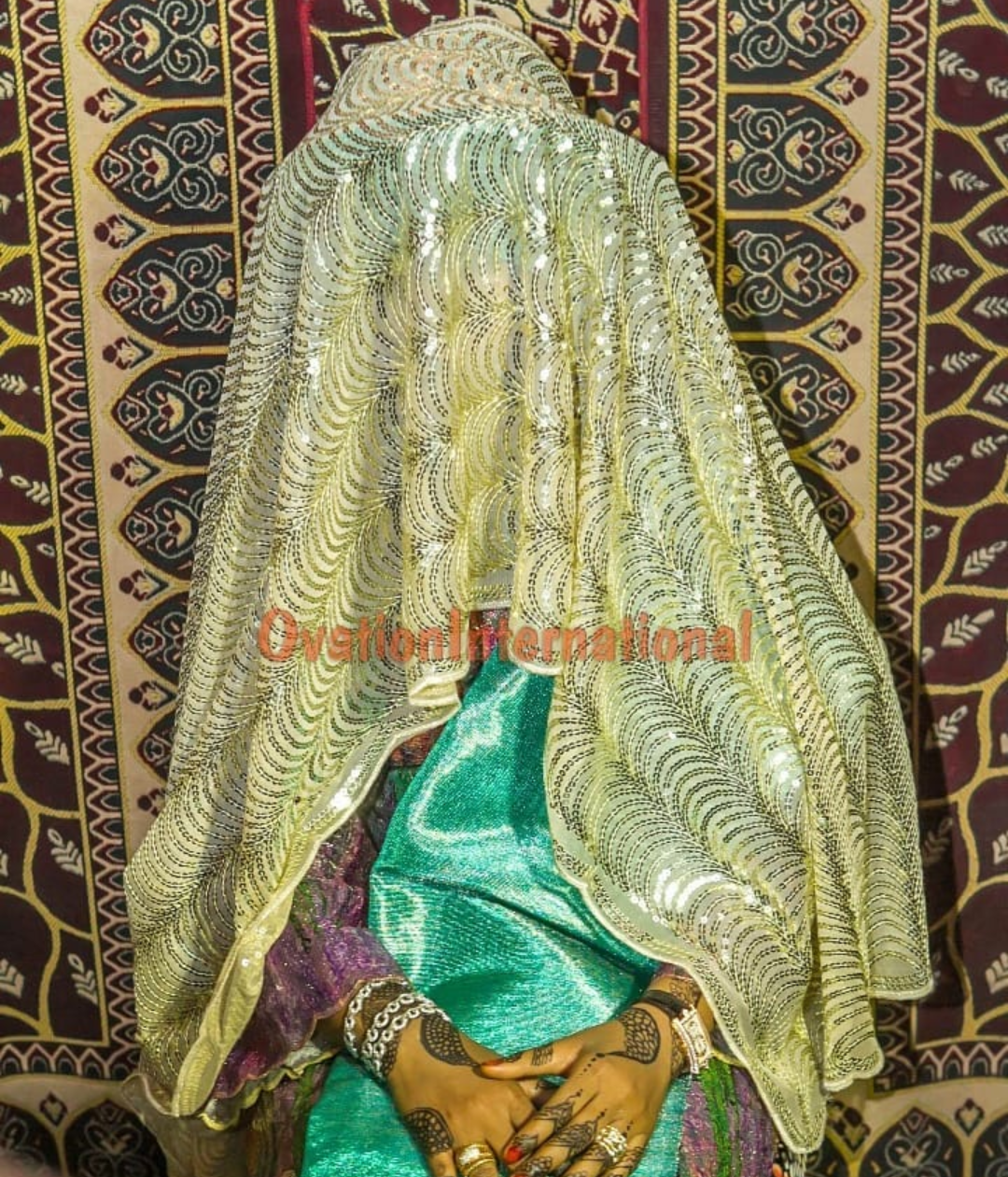 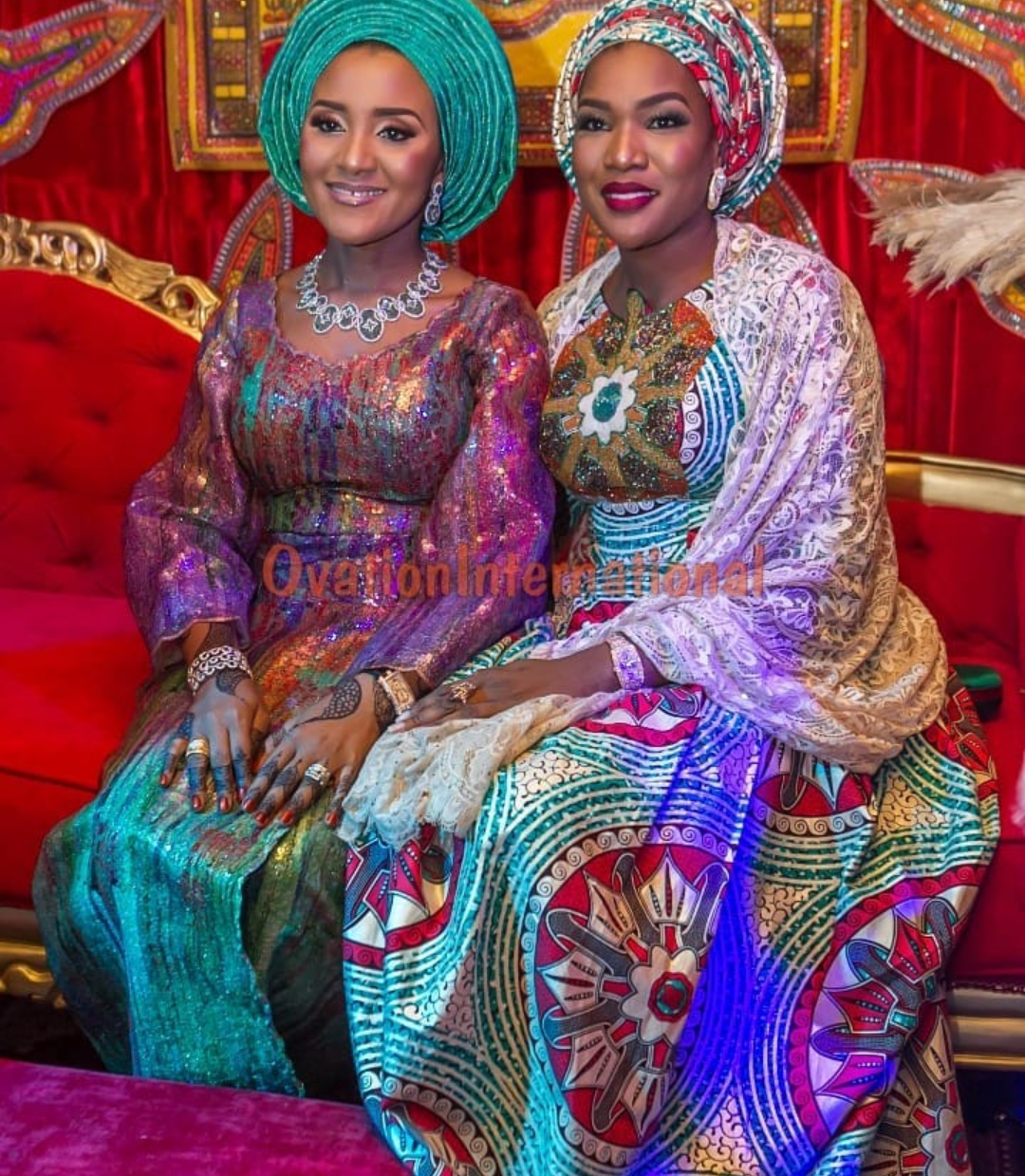 Everything about this wedding points at the fact that it would be huge! What less can one expect from the households of the official Africa’s Richest human alive, in the person of Alhaji Aliko Dangote and that of retired Inspector General of Police, M. D Abubakar.

So just as yesterday was the engagement ceremony of the Vice President’s daughter Damilola, later that evening was the Kamu night for Fatima hosted by Fatima’s paternal grandmother, Dr. Mariya Sanusi Dantata in Kano, yesterday, Thursday March 15, 2018.

The Kamu ceremony like we already tried to explain in the report for Idris and Fatima Abiola Ajimobi’s wedding, It’s a beautiful, fun but serious part of the events. We have thought to break down fully here the whole series of events that makes up the culturally rich Hausa, Fulani, Kanuri and Shuwa wedding.

For the Hausa,Fulani, Kanuri and Shuwa their very rich traditional wedding is well steeped in Islamic rites and must follow certain well laid down patterns and most often the entire series of events, spans a whole week. From the “Wedding Fatiha/Nikkai”, which is the “most important” part of the whole proceedings and is actually the wedding itself, to the grand finale, “the Grand Reception” which is just the merriment, the party which seals everything altogether!

Part 2 is known as “DAURIN AURE”. In the series of events, this is the “Most Important” part of everything. This is the “Wedding Fatiha known also in the South as the Nikkai “. This part is attended strictly by men on both sides of the families only, where wedding vows are exchanged. It’s a very “religious ceremony”. Representatives from each side would exchange vows on behalf of the groom and bride in front of a religious leader and invited guests. In actual fact once this is done, the people are agreed and accepted to be married already.

Part 3 is known as “KAMUN AMARIYA”. “Kamu’ actually refers to or mean, “Catch the bride”! This is one of the oldest part of the whole ceremonies, which makes up the whole wedding. Here the groom’s family (aunties, sisters, cousins) would come to negotiate with the friends of the bride, for her (bride) to be released to them. Since they have come for their “beloved bride”, no price or amount can stop them from getting their bride, so name it, they are willing to “PAY”! Negotiation to come to an ideal agreement can last for as long as 30minutes and thereafter, it would be followed by a reception. After the negotiations have been concluded, as a sign of agreement a special perfume (turari) would be sprayed which signifies that all has been sorted out well. That’s when the happy and fun reception can now proceed. In addition, the money from the negotiation is actually not taken by the bride or her family. It is shared amongst the friends of the bride!

Part 4 is known as the WUNI/SA LALLE. A very colourful part of the proceedings. Here only the women on both sides are involved, it is a “strict ladies only affair”. With how stunning many of the Hausa, Fulani, Kanuri and Shuwa ladies are, this is one part when they all come out in torrents, like a beautiful waterfall in their nice amd very colourful Hollandaise outfits with their LALLE. At this occasion, the bride spends the last bit of her “Free Time”, with the female members of her family and then later her various friends at her dad’s house. Then Henna dye is used to do very intricate designs on the hands and feet of female family members and friends of the bride. But the “most beautiful, most stunning, most intricate and most intriguing of the designs” is for the bride herself, who is obvious centre of attraction. So has is standout. In every manner! WUNI itself actually means a form of like lounging/relaxing, so the bride enjoys loads of pampering while getting good advises from those aroumd her.

Part 5 is known as the “KAI AMARIYA”, not the KAMUN as above. This is like the last part of the whole ceremonies. This is when the family and friends  “escorts” the bride to her matrimonial home, where they would be well received by the groom’s family. Depending on levels again, the groom’s family would lead followed by the bride’s. Here again series of prayers for the marriage, well being of the couple, their home, their future etc would pour endlessly, also advises from elders would follow too. Thereafter all these 5 major parts have been concluded, depending on the means, resources, wherewithal of the families involved, then a “Grand Reception”, mother of all parties, with enough food, music and entertainment can now be done.

For Fatima and Jamil many major parts of the ceremonies have been concluded already, but it’s still remaining the “GRAND RECEPTION” which is set for Lagos next week Saturday, March 24, 2018 at the Eko Hotel Victoria Island Lagos. Both are officially already husband and wife!

One of the August visitors at yesterday’s event was none other than the wife of the late former Nigerian dictator- Gen. Sani Abacha in the person of Hajia Maryam Abacha.

If you don’t have the invitation card to attend the grand reception, don’t even venture trying to go there! 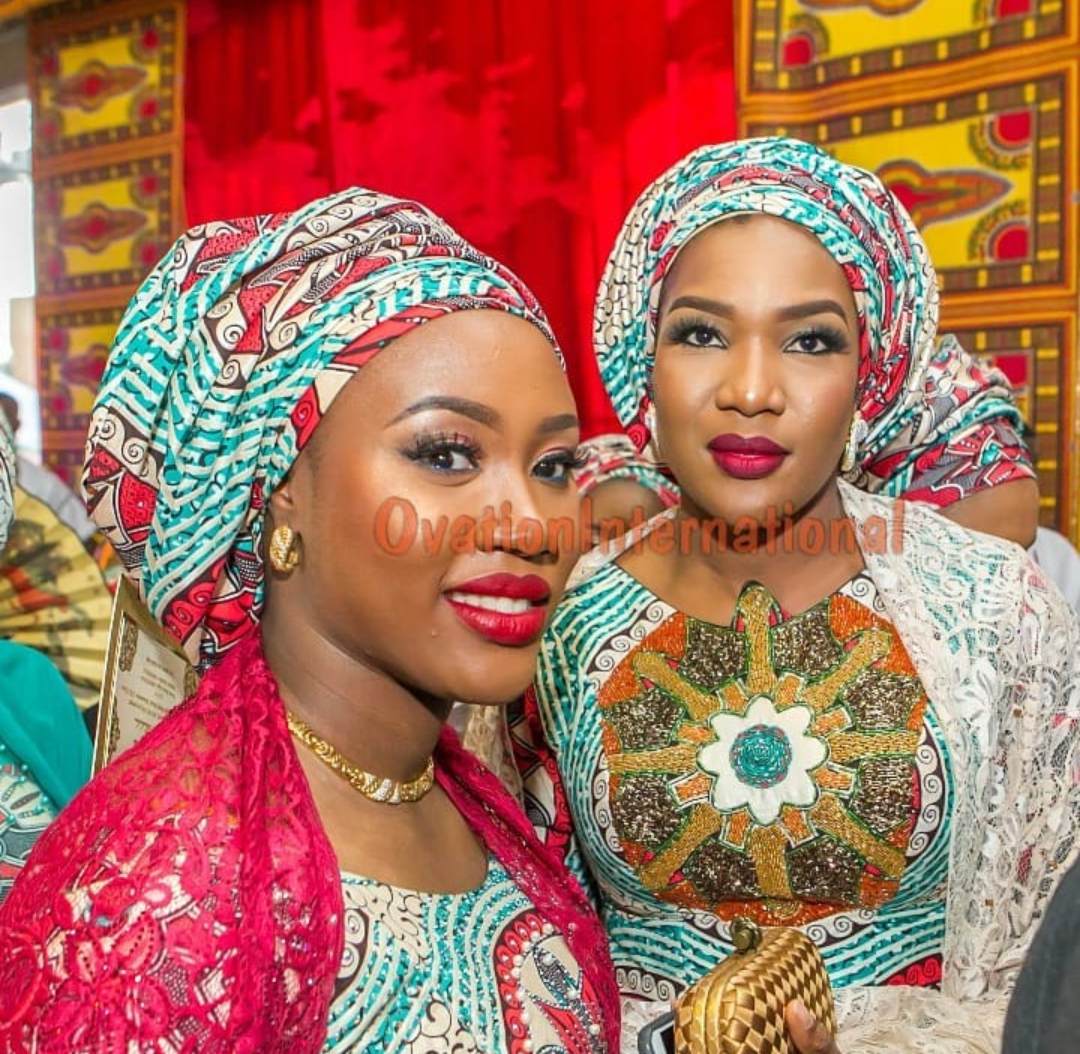 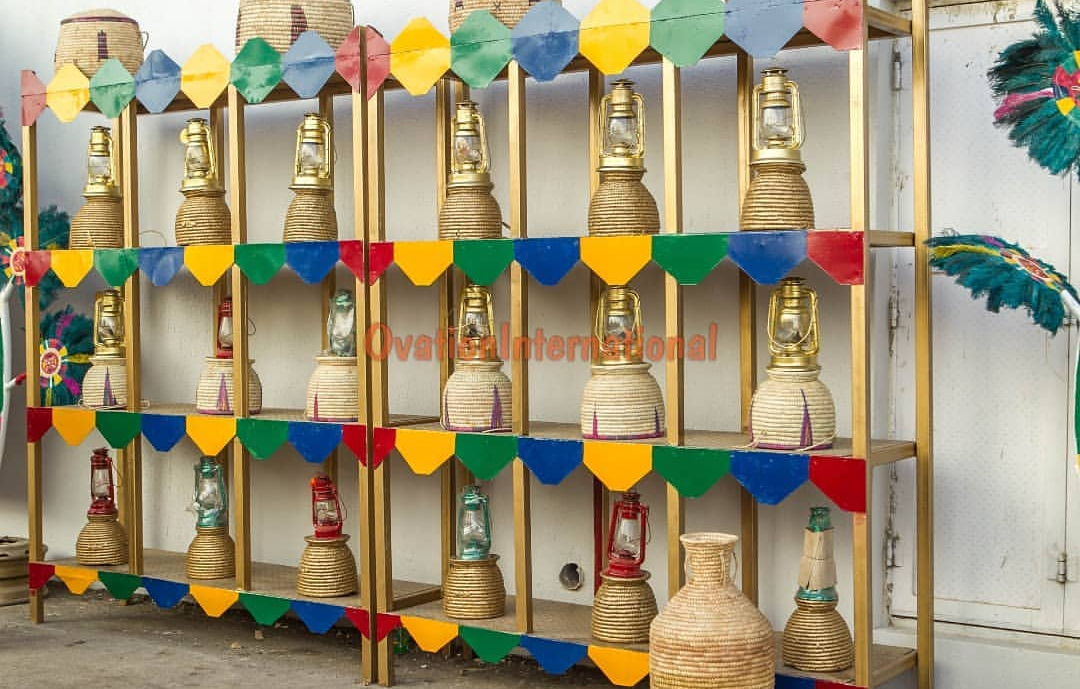 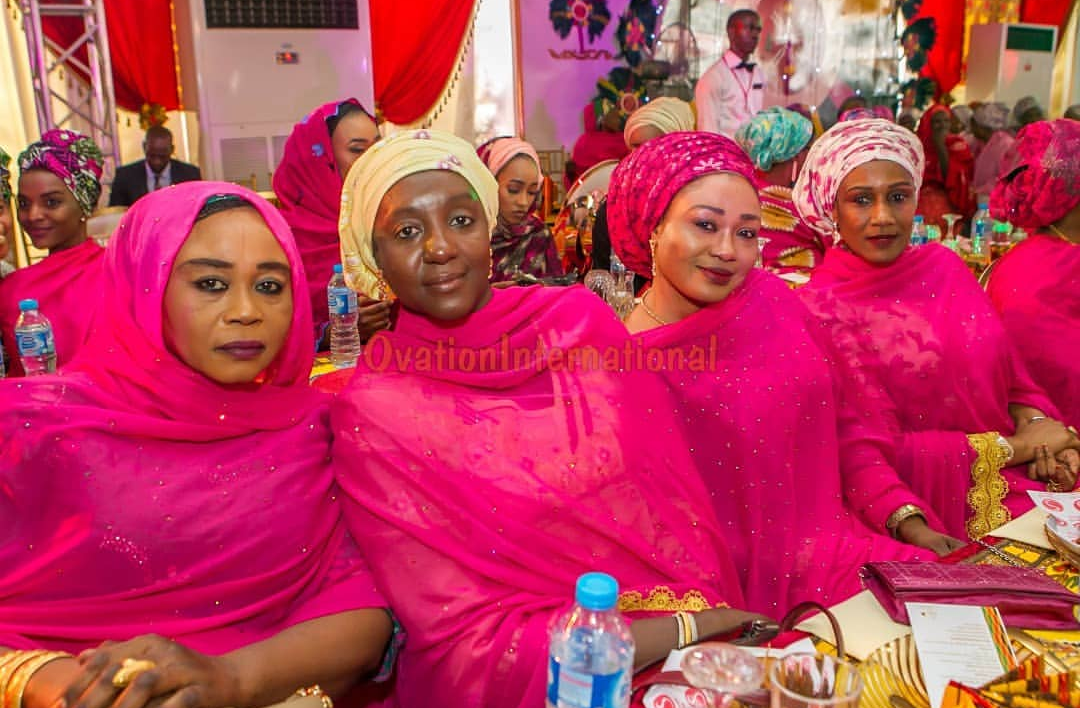 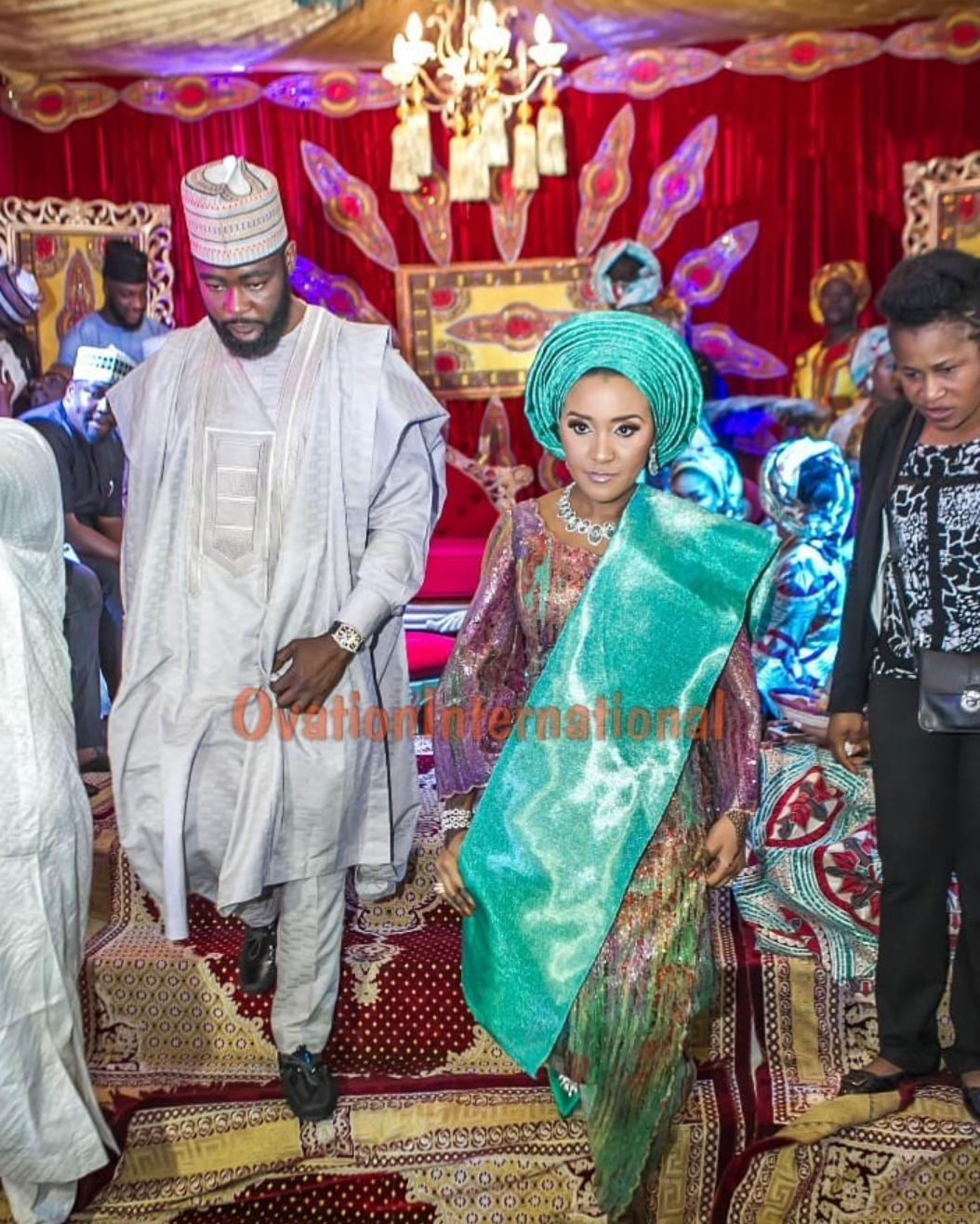 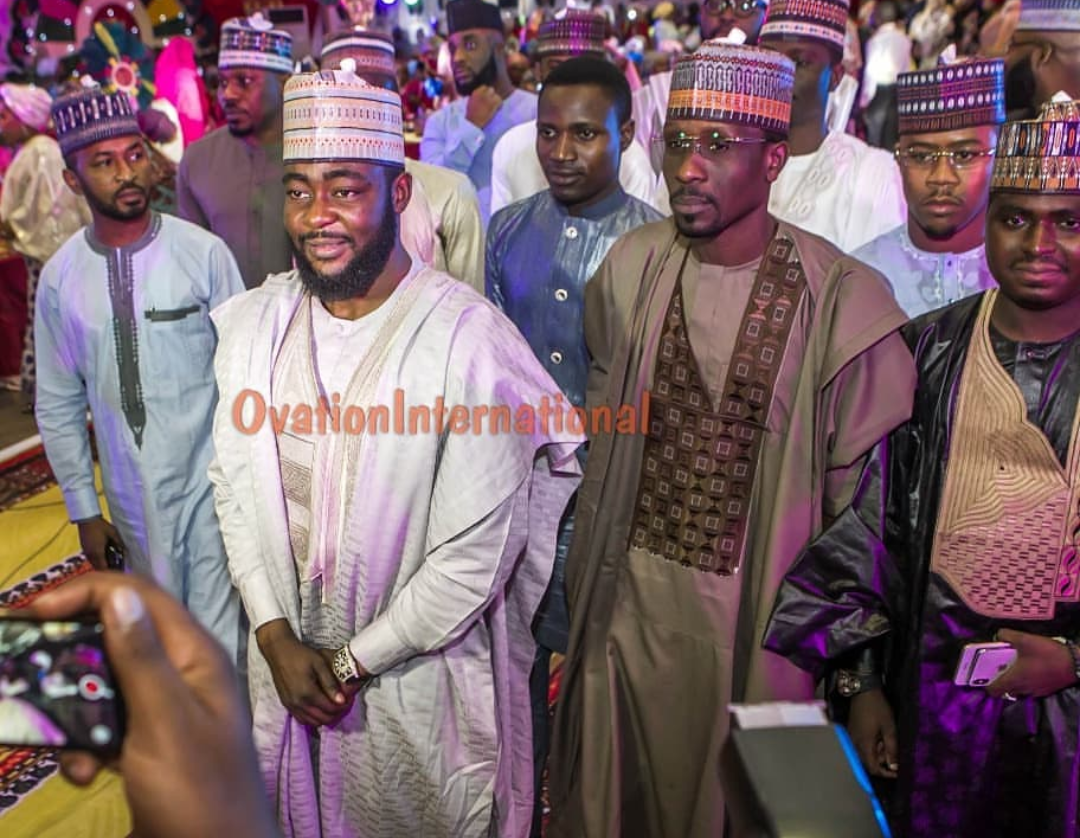 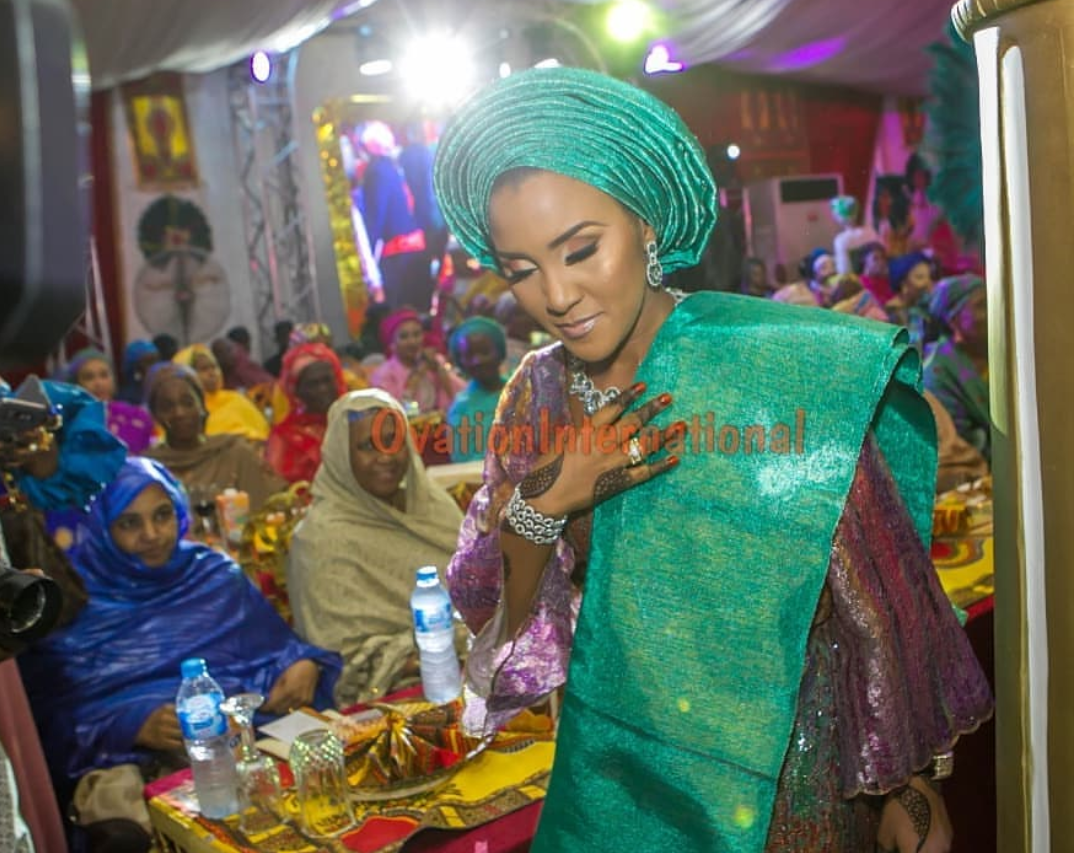 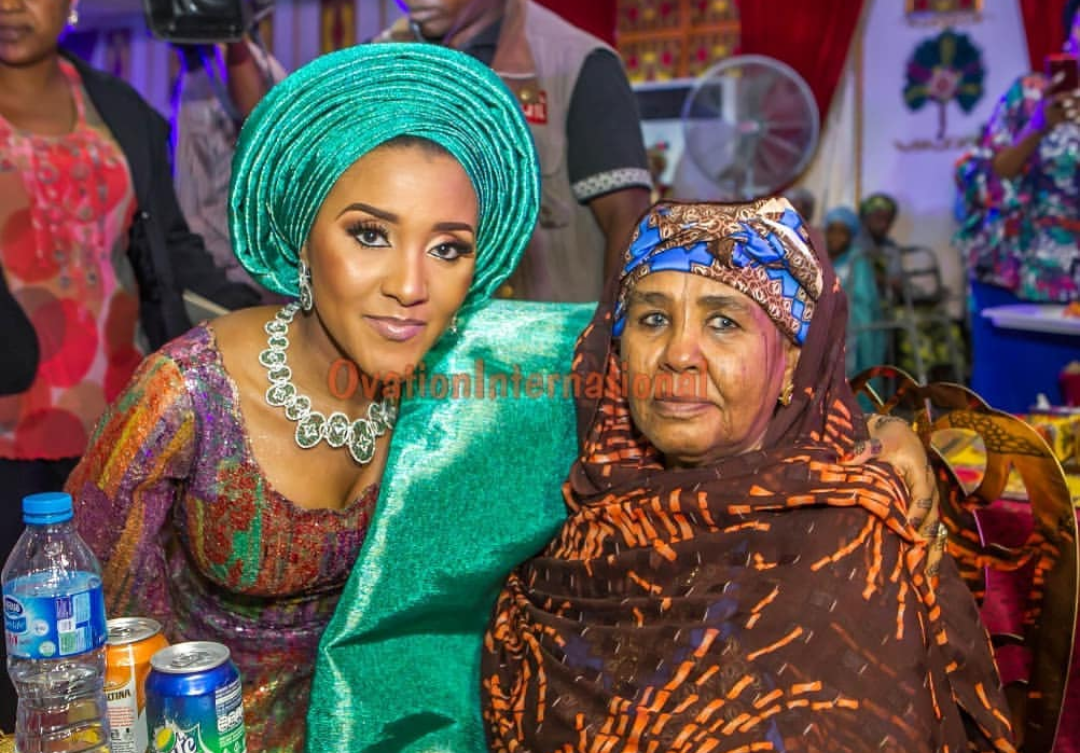 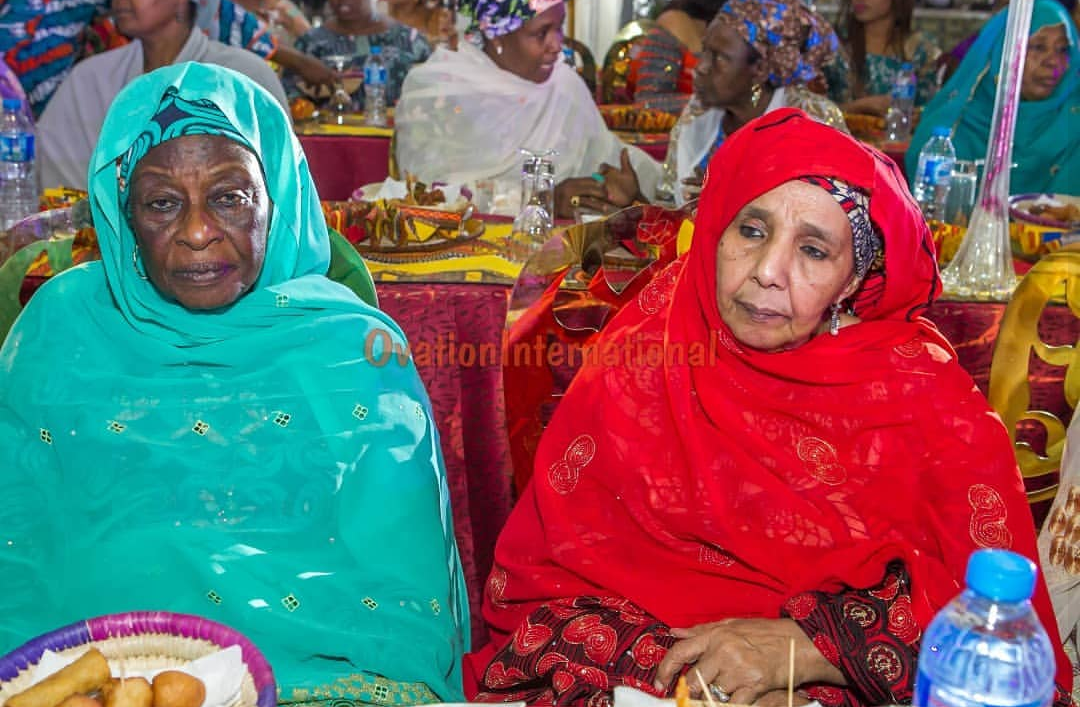 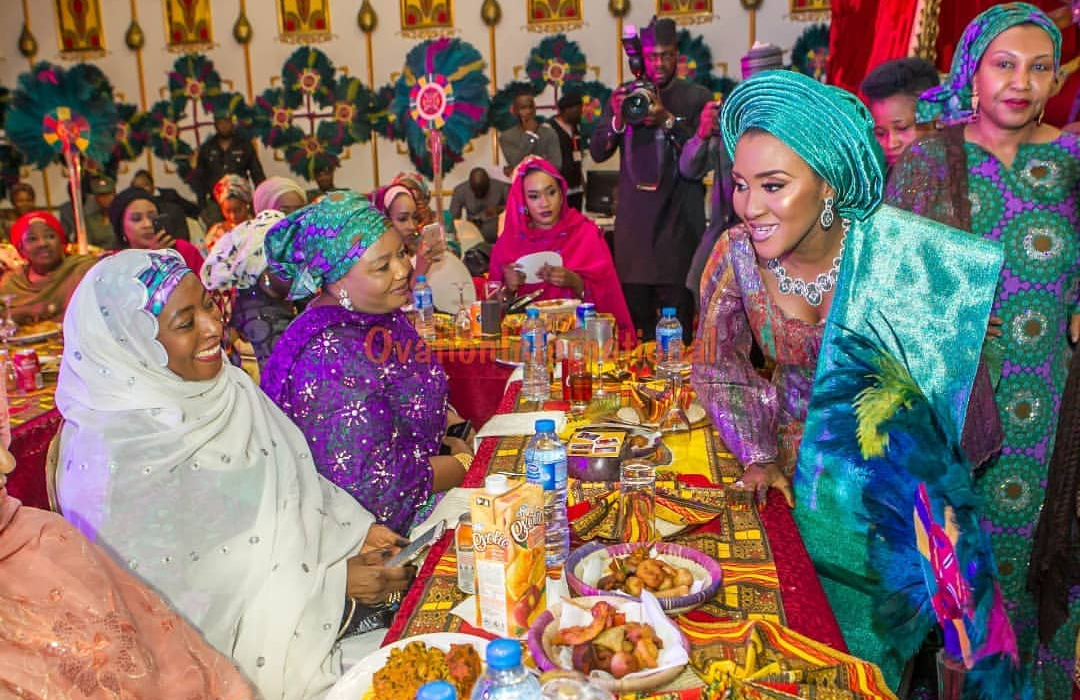 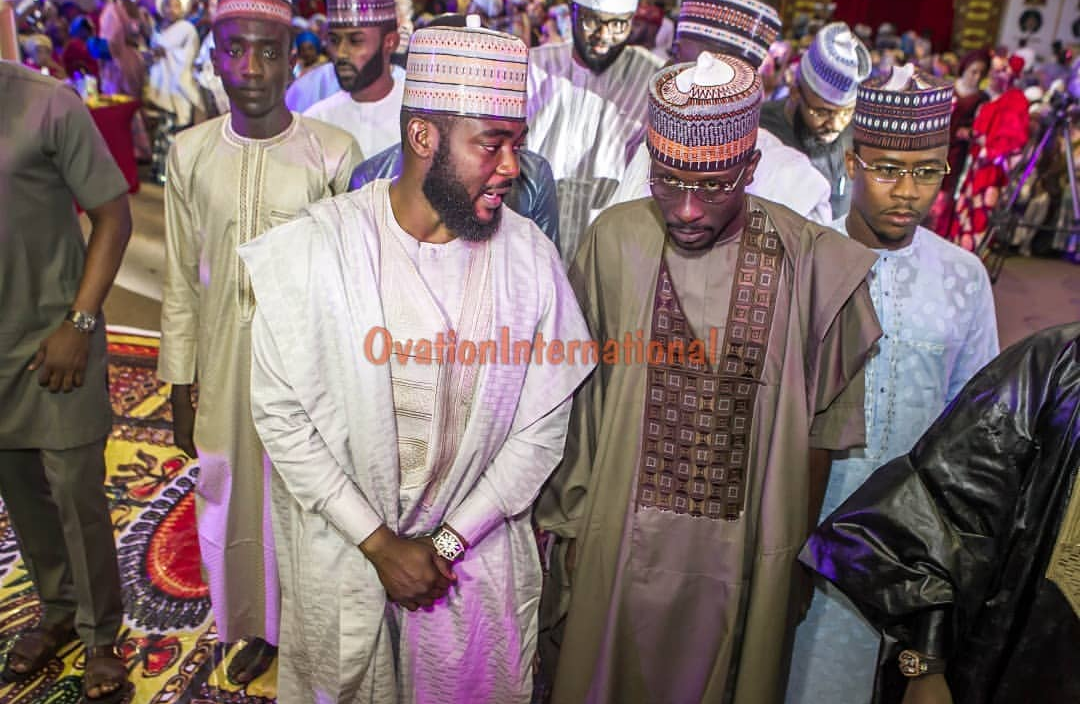 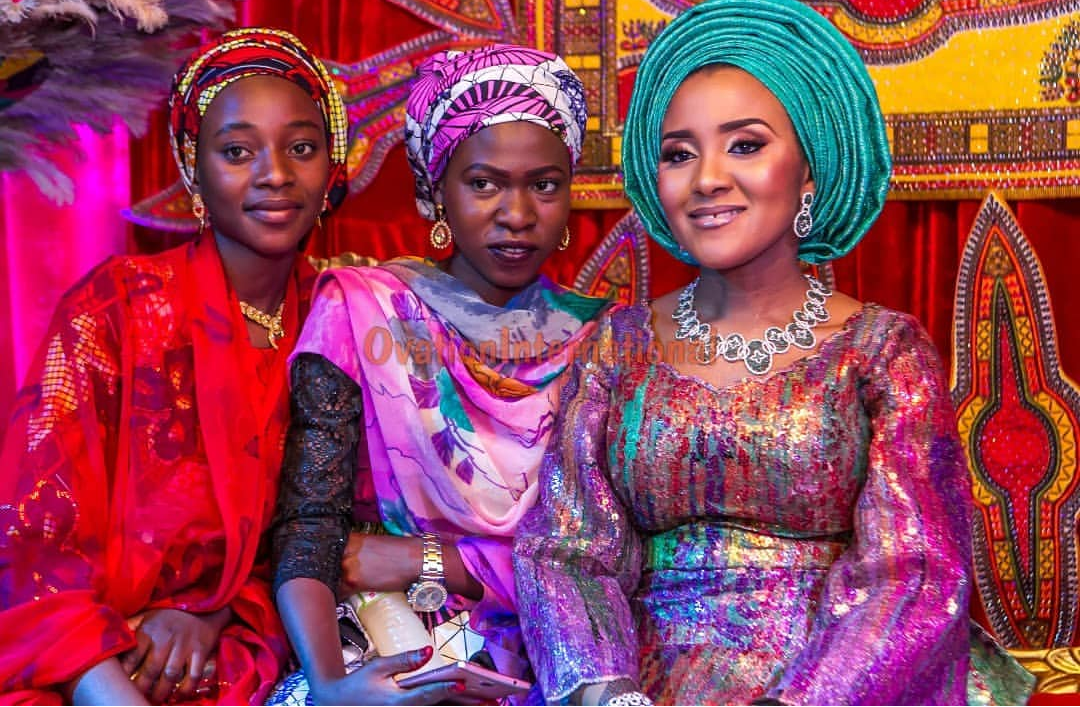 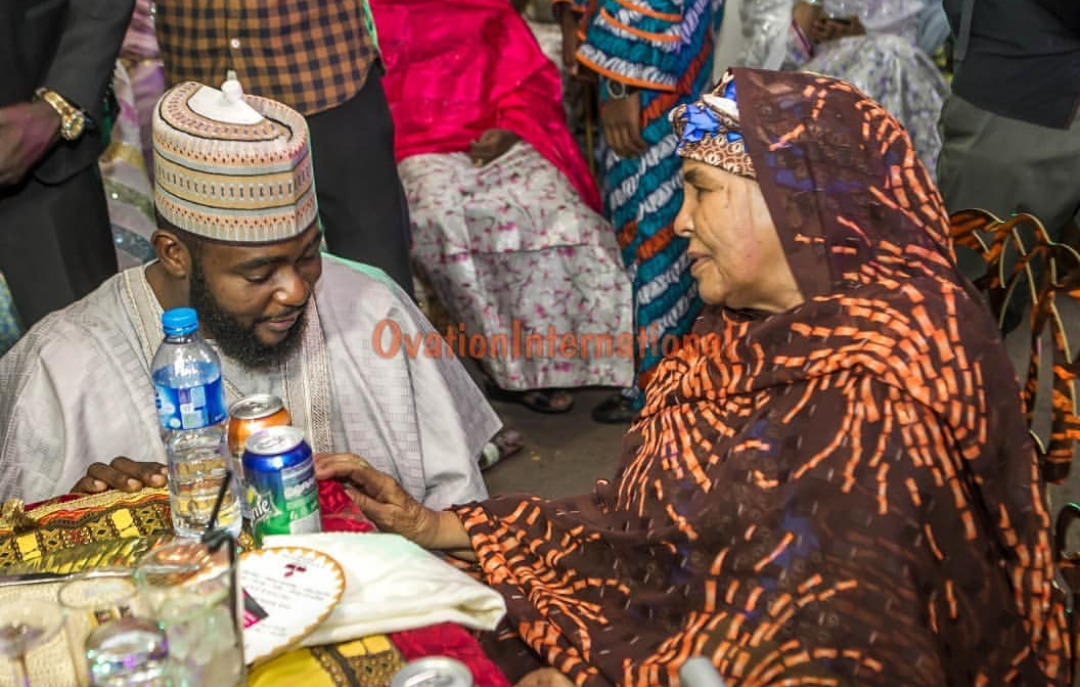 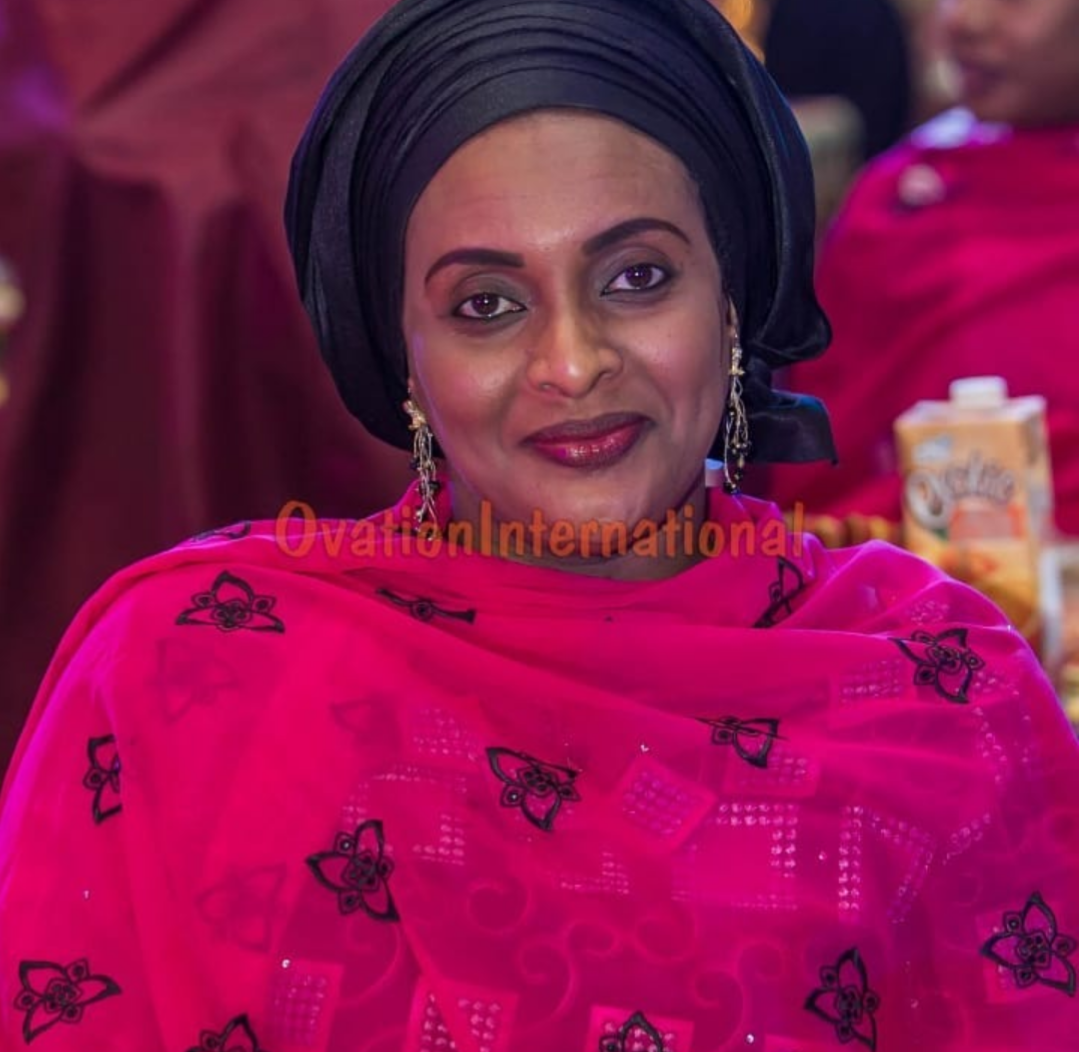