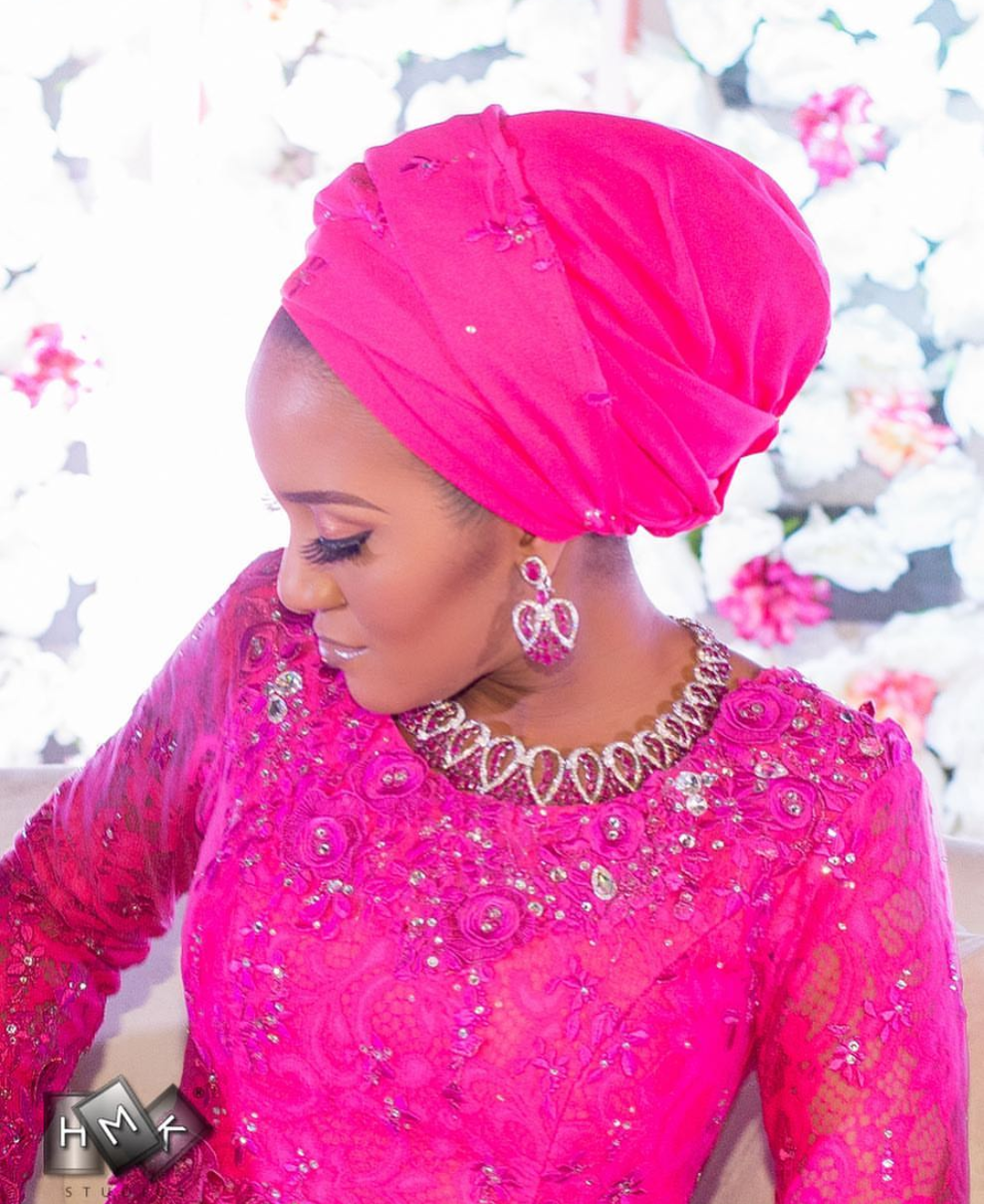 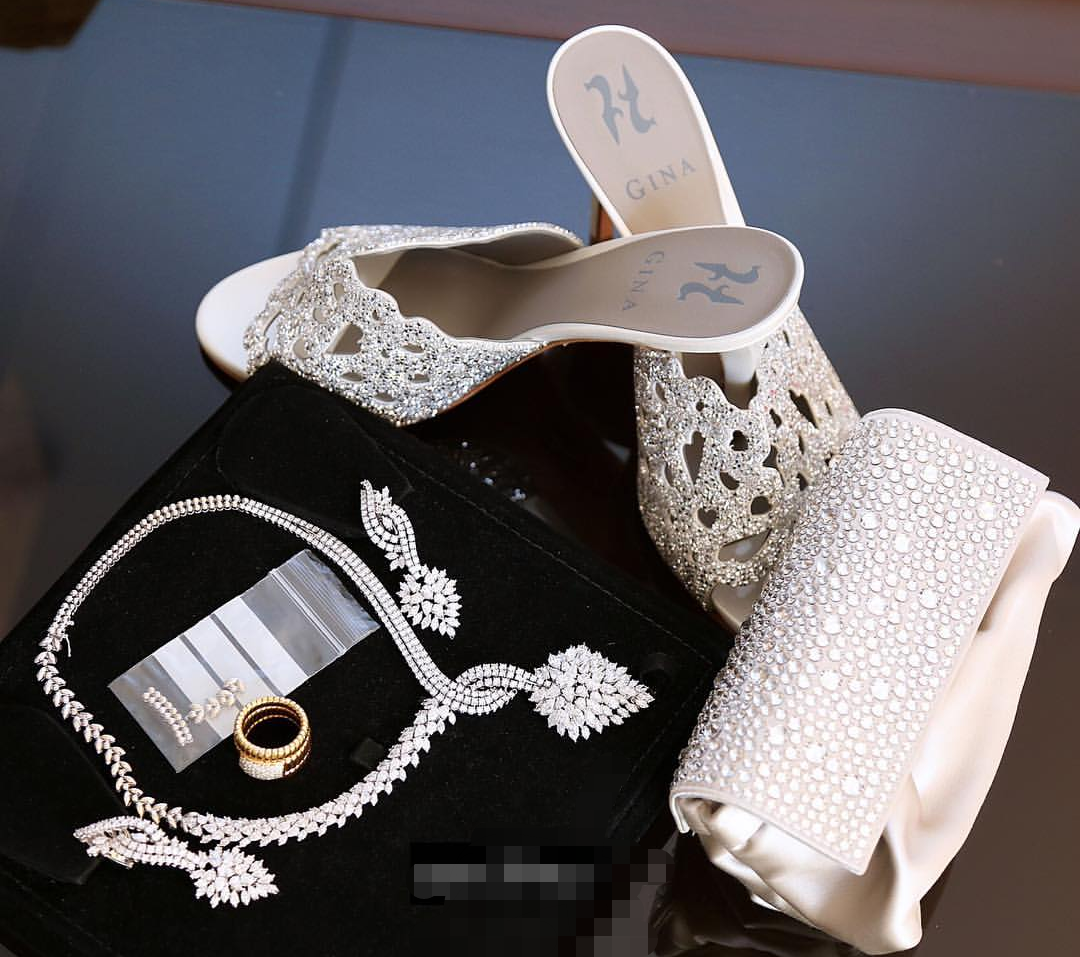 It is the nuptial of a daughter of the incomparable and enigmatic “Alhaji Aliko Dangote”, that’s a name one calls with full respect and not anyhow, as he is probably richer than several African countries put together!

So being a daughter of such a man of affluence & connects around the world, means and resources, what would a jewelry set or collection, of a few thousands of dollars do to their treasure chest(s)?

……….Nothing, absolutely nothing whatsoever! Even Jamil himself, would buy those without flinching, not to talk about his colossal dad-in-law!

If you have been observant, you would have noticed that since the nuptial ceremonies began, Fatima has worn, one after the other, the 4 awesome main precious stones, diamonds, rubies, emeralds & maybe sapphires done up in very intricate designs as jewelry pieces, adorning her neck.

An estimate of the 18ct gold wrist watch with diamonds, which might probably be a Chopard would be at about $20000 (Twenty thousand dollars), the awesome Ruby and Diamond set next to the watch couldn’t have been less than $20000 & depending on the brand could go for as much as $100000 (That’s about₦7 plus million to ₦36m), that whole piece alone for her Abuja outing alone is about ₦50m Naira alone! The predominantly Ruby piece is very significant in that the red hue is a symbol of love, in fact the ruby is tagged as “the love man’s talisman”, an ideal romantic gift, especially given to a lady in love.

If you factor her other jewelry, like the emerald and diamond set, which is estimated at between $20000 and $50000 that’s between ₦7 plus milion & ₦18 million Naira, the rectangular iced out watch she wore cannot be less than $25000. And then the white diamond set alone, can be from between $15000 to $50000 plus, depending on many factors (cost can be more or less depending on the brand), and that’s between ₦5million plus and ₦18million Naira.

Then there’s that beautiful black diamond piece she wore at the Kano dinner in the picture with her mom, which cannot be less than $20000, that’s about ₦7 million plus.

So in short, she couldn’t have worn less than an estimated ₦80million Naira worth of jewelry for her wedding and it could go as much as ₦150million worth! Chicken feed we presume you would know, especially if one would look at the pot from where the money flow, is coming out from!

HOW HER EXCELLENCY, MRS DOLAPO OSINBAJO BAKED HER DAUGHTER’S WEDDING CAKE!
…AND THE GORGEOUS BUTTERFLY IS NONE OTHER THAN?
Comment