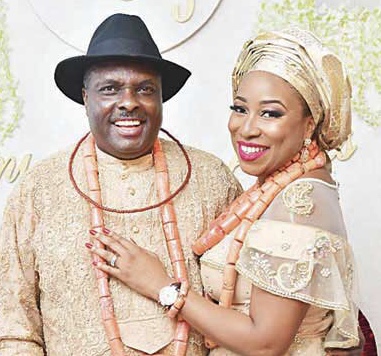 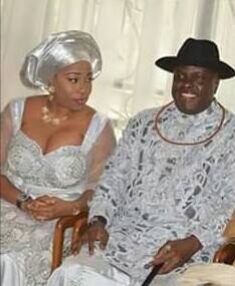 We can bet any amount on it that even his jailers have been confounded by what has been happening since after this dude, this enigma by name Chief James ONANEFE IBORI came back from jail. We can bet that many would have thought he would have somewhat disappeared into ignominy since he came back from jail in the UK after he was convicted for sundry crimes, but even for that now, he is seeking for redress! As he has appealed his conviction!

We can bet that the word that is permanently imprinted on his spirit and mind now is redemption! We can also bet that one of his greatest song, in fact most loved by him would be none other than “Redemption Songs by Bob Marley” or even any song at all that has redemption in it.

“Old pirates, yes, they rob I
Sold I to the merchant ships
Minutes after they took I
From the bottomless pit
But my hand was made strong
By the hand of the Almighty
We forward in this generation
Triumphantly
Won’t you help to sing
These songs of freedom?
‘Cause all I ever have
Redemption songs
Redemption songs”

Imagine that him leaving the jail & returning home was eagerly awaited by his people and friends! Imagine that his release was celebrated to high heavens, as a warrior just returned! Imagine that when he got back to Nigeria and landed in his hometown, in his homestead they all went into a frenzy trying to out do themselves and to show that they love him. The mass of his people came out and spoke their mind, even the men of God (god) at the occasion were not left out in eulogising him and comparing him to a saviour.

According to what we have heard continually, J.O.I is/was one generous dude, who could give out his eye for his people or friends. He has “MADE” very many and the testimonies abound, who billionaire “Eyiri Emami” is today, is by the grace of God majorly James Ibori’s making. He has singlehandedly placed, positioned many people in the place/position of power. Testaments to that are the obvious all over Delta State, in all positions. He singlehandedly installed his cousin, Dr Emmanuel Uduaghan as a Governor, who ruled for 8 years unobstructed. He singlehandedly from prison at that, dictated who became Governor after Uduaghan. Senator Ifeanyi Arthur Okowa is that testament.

He is still wielding that power though more subtlely now, but the effect of it are still tremendous. That Uduaghan didn’t go on to become a Senator after his tenure as Governor, might have also been through the influence of IBORI, as it was said that they fell out.

He has been here and there and everywhere since he got back for a while now and as a testament to his influence, which seemed never to have waned at all, at the weekend, while all our minds and eyes were too focused on the Dangote/Abubakar humongous 2 weeks long wedding ceremonies, the Ezi-Oyi Anioma (good friend of Anioma nation) got another great recognition from his people again. The curious thing is that IBORI is Urhobo and this title is for the whole of Ijawland! What that immediately says is that, James ONANEFE IBORI is accepted as a leader across board in the Delta, by all, be it Urhobo, Ijaw, Isoko or Itshekiri and that’s quite significant!

The way it is going now, he might soon emerge again in his personal capacity, not as a strong godfather in this case, but as a political candidate, maybe to go to the senate. And that’s even because the Government of the day (Federal & state) recognises very well his star power and extraordinary influence and strength! The only thing standing in his way as it is now, is the conviction which the on going appeal could wipe out.

Just at the weekend, the almighty “Ogidigbogboigbo” (which loosely translates to mean the all knowing, all powerful achiever whose words means so much. What he says he would do or does) (a sort of demi-god/deity) was installed as the “Izonfini-Owei of Ijawland”, which also loosely translates to mean “The one that always speaks the truth”. This honour was bestowed on him by the Pere of Akugbene-Mein Kingdom in Delta State, HRM, Stanley P. Luke, Kalanama VIII.

According to the monarch, Chief James Onanefe Ibori, was so recognised for his exemplary leadership qualities. Hear the Pere- the people of the area held the reception to honour Ibori in appreciation of the developmental strides he brought to the Akugbene town, the Ijaw nation and the entire Delta State during his 1999 to 2007 governorship tenures.

He went further to say “The people of Akugbene reminded Ibori that until he built the 612 metres long Bomadi Bridge over River Forcados, at the cost $50 Million (USD), cars had no access to the Bomadi LGA and it other 11 communities. The Bridge made possible the first road connection between the Ijaw mainland and the riverine areas.

The Governor of Delta State, Senator Ifeanyi Arthur Okowa, also praised the former Governor and his leader to high heavens saying – “I must thank our leader, former Governor James Ibori, who because he is a courageous and bold man, took on a project at that time that was nearly impossible for state governments to undertake.”

What more redemption can one get bigger than these kinds of acknowledgements?