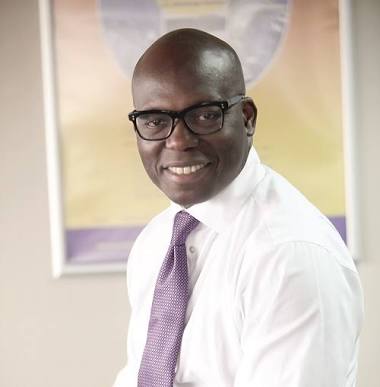 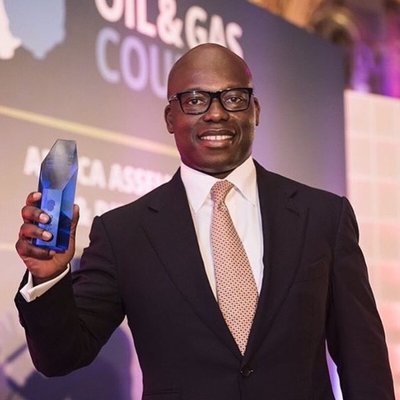 There are those that “flossing” is very natural to, while there are those who believes  in “faking it till you make it”, all just so they can be seen or accepted to belong. For Wale Tinubu, the immensely intelligent head honcho at oil and gas giant, OANDO which recently relocated to their multibillion Naira new HQ aptly named Wings, he is an original, not a fake at all by any standards.

Long before flying “privately” became a popular thing in thing, like a status symbol amongst the nouveau rich where they compete on who flies or owns the the best, latest and most sophi jets, the highly cerebral oil and gas expert who is also a nephew of the enigma of South West politics, in the person of the all powerful and highly influential APC National Leader and the Jagaban of Borgu who some if not many defer to like a demi-god, in the person of Asiwaju Bola Ahmed Tinubu, Wale Tinubu had been riding the PJs like it were just taxis.

Even long before that time, Wale like many men and women of means was probably one the best clients of British Airways, essentially doing only First Class turning that class to like a cheap thing. All those who understands what to fly first class on an established well respected and renowned and award winning airline is, know very well what it means to fly it (1st class) on BA. We have said all of the above, just so to to let you all know that flossing is as natural to Wale Tinubu as water is natural to fish, like some are won’t to say “nobi today oooooo”

Just imagine that we caught a glimpse of the dude very randomly at the last Arise Fashion Week 2018, just at the lobby about entering the elevator and imagine that as part of what’s natural to him, his security detail disallowed any other person from entering the lift with the trio, maybe because others are less than human, even as it was a rush hour, with so many waiting to enter same lift to go to the same floor they were going to! But that’s not really got our attention, for as very casual as Wale was in his dark outfits, his casual wrist watch was nother shabby at all. If that watch, which looks like either white gold or platinum is probably well valued, it cannot be less than $100000 dollars and might go as high as $350000 dollars! How much is that to a man at the top echelon of a very thriving oil and gas concern worth several billions!

But that’s still not the story though, especially for this natural and ultimate flosser, a cool cat by all standards and a lifestyle king par excellence, one as cool as the now elusive Kola Aluko, but who is calmer by some standards, a man who works extremely hard and is therefore also allowed to play hard, in fact very hard at that if he so wishes. The dimunitive and bespectacled gentleman of class and distinction who is one a member of the league of extraordinary  gentlemen, that is men of timber and caliber is said to have done what’s so natural to him again, by indulging his love for the arts to the utmost. That Wale Tinubu is a billionaire is not in doubt, that Forbes is not already shouting his name to high heaven, is because he is still deliberately staying under the radar, maybe very soon many who don’t know now would come to understand he is probably one of the most loaded young Nigerian in the world. So to indulge in art loving is just an extension of his worth or value. A testament to that is at that newly opened Wings Office Complex.

If you have the chance and honour to enter Wings, that gorgeous edifice of a building which now houses OANDO HQ on 17a Ozumba Mbadiwe, Victoria  Island, 2 humonguous and mind-boggling art pieces would stare you in the face with the arrogance of awesome and artistic beauty. Standing out elegantly amongst other awesone displays of opulence and class. Each of these world class, work of art were bought for a whopping  100 million Naira each, making a total of a paltry 200 million this does not include all other pieces that might litter the whole buildings. Most definitely, there would be other bric a brac of lesser cost all over too. These art pieces would only had to the billions in value that the edifices, which on their own are architectural masterpieces already hovering over the lagoon are worth.

The 2 strategic pieces are the works of the stupendously talented Peju Alatishe, 43. Peju is a mixed medium award winning artist, who won the 2017 (FNB) Art Prize. She is a fellow of National Museum of African Arts, a part of the Smithsonian Institution. She’s not only an artist, but a poet and a writer with published works. She trained as an architect and was one of only 3 to have showcased at the Biennale, the first Nigerians at the art exhibition.

ALIZEE’S HUSBAND PETER NELSON REMANDED IN PRISON. CASE ADJOURNED TILL MAY 8, 2018
THE 2018 GTBANK FOOD AND DRINK FAIR… SET TO HOLD FOR 3 DAYS
Comment