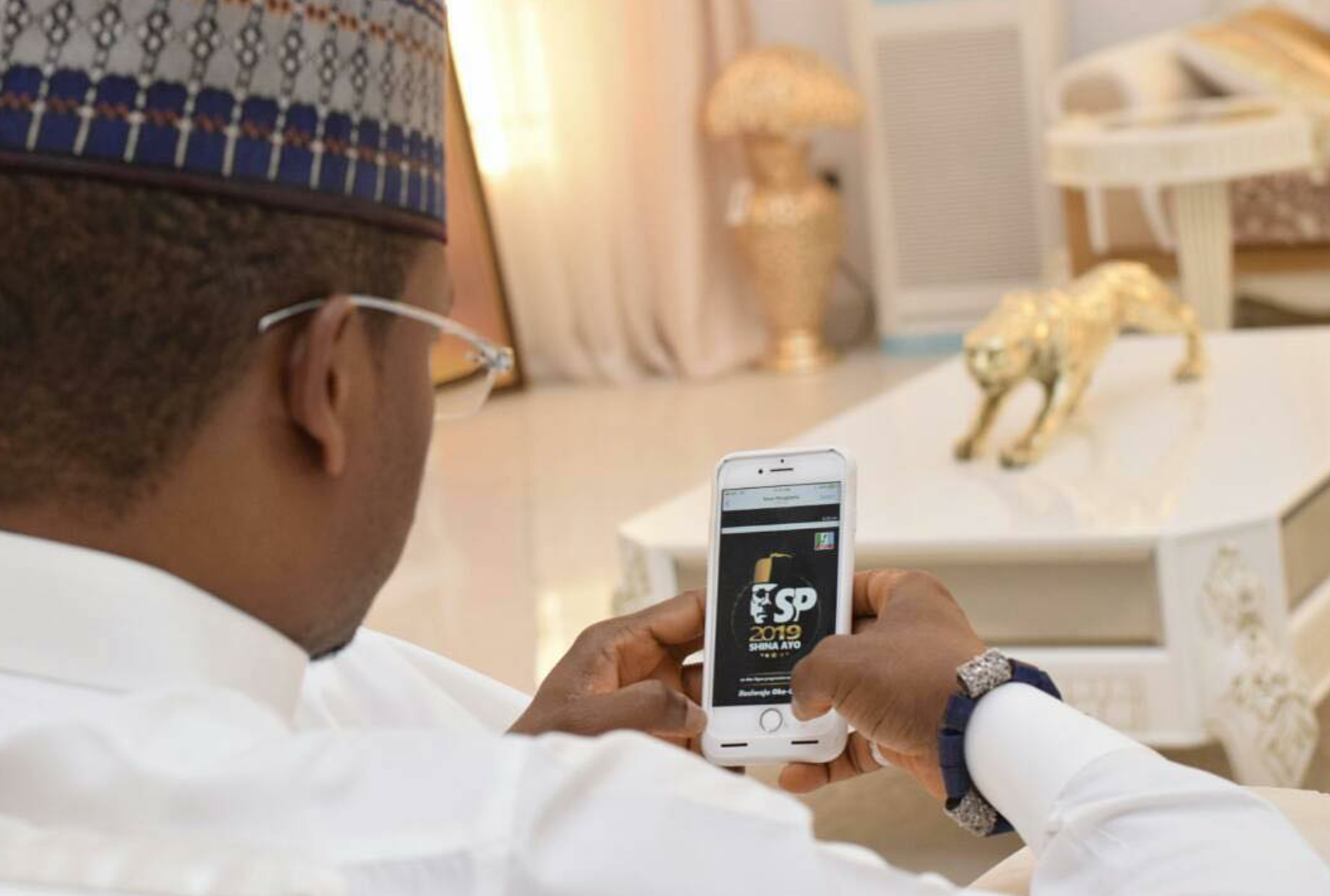 It’s the ruling party, the APC for fine young man, Shina Peller, the chairman of Aquila Group of Companies, in his quest to prosecute a political career, as he prepares the path for his political life, after taking hold of business with strong hands and excelling exemplarily as an entrepreneur. Let’s not bore you with the fact that Shina is probably the most successful club/lounge owner in Lagos by far currently, raking in money as if it’s a waterfall pouring in majestic force.

With his new love for politics now declared and his intention to run for a political  post now known, now we can correctly understand one of the reasons behind his closeness to the imperious Jagaban of Borgu, in the person of the great Asiwaju of Yorubaland, the colossus behind the success of the South West politics as it is now. Asiwaju has dazzled all comers for upwards of 20 years now. The height of his majestic ability was showcased imperiously with the display of his political deftness, dexterity, sagacity with his maneuverings in conjunction with others that removed the PDP from power at the center in the last election and brought the current FG on board.

According to those in the know of Asiwaju’s prowess and who swear by his tactics and deftness, to have him on ones good side or to be nominated by him for a political position is like 95% job done. Maybe that’s why he has a cult like following of adherents and many see him as some form of demi-god whose word is law.

It would be a lie though to say he hasn’t shown his mettle in the last 20 years. Two term Governor of the state of excellence and before then he was a Senator. On leaving office he installed his own preferred predecessor, in the person of  action packed Governor Babatunde Raji Fashola, who also did another 2 terms of 8 years. As soon as BRF’s tenure was finishing he again installed another preferred successor, in the person of impressive Akinwunmi Ambode, who most definitely would do 2 terms of another 8 years.

So with the great Asiwaju’s might behind him, maybe Shina is already on a sure ground and we would sometime soon be addressing the philanthropist and honorary chief of his village as either, an honourable member of the House or maybe go a notch up and be addressed as a distinguished Senator of the Federal Republic of Nigeria, might even become an honourable Minister or Governor sometime in the future.

So like the first picture on the post suggests, it’s eyes on the goal, the future and on the dream about to become a sure reality. Honourable sir!!!!

WHEN FIFI THE MOON ADDED A YEAR!
SO SO SAD AS TOP BUSINESSMAN ANSELM TABANS LOSES SON TO GHASTLY ACCIDENT
Comment