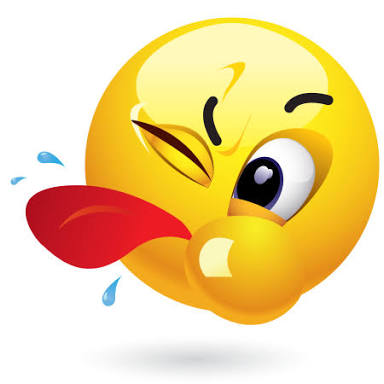 There’s the joke in town amongst close knit circuit about “having lips like that of” KW”, who is acclaimed or said to be the “master of the heading game”, hence the title of “THE Headmaster”, so good is he that it is said he would or could win an Olympic medal, anything above gold, maybe platinum with diamonds for his unbelievable prowess.

According to the gist KW’s head game or expertise at doing the lap of honor is probably next to none. The only other contender might just be a lady, legendary for her love for munching carpets, that particular one is in the creative industry and has since gone very very clandestine after being outted once before, which raised plenty hoopla & even threats!

But our subject matter, our main focus in this case, this time around is a  “male man” (pun intended”. He is an exercise freak, not young but he still looks young, buff and yummy, sports loving, with buff body, big lips, bespectacled and loves to impress with the accent. He was once married to a good woman, whom he sent packing at a time, ex-madam a dear lady and good woman has gone on to dedicate herself and service to her God and not much has been heard of her afterwards. But it seems like since she left, our dude has fallen and bad times since then. It has been decline and downhill ride for him ever since. Maybe he needs to go beg madam, because it is really bad! After the fallout with real madam, he did get into another relationship again, which also went thw way of the first one, with the lady running  “kabakaba  like it is said on the streets, a girlfriend that came in also picked race after only a short while.

Our bloke of a dude, like we had said is not a young kid agewise, he is not less than 60, but he loves to floss a lot, loving to show off, but of recent he has been badass broke and it hasn’t been funny at all! His financial situation is not too fantastic at all. He has always depended on inheritance, but even at that, he wasn’t the favored at all in the sharing as his younger brother got the lion share and controlling power, this is due to the fact that he was supposedly ‘disinherited’. Disinherited? That’s what we heard! That It was even out of the benevolence of the young brother’s heart, that he got some things. But things have not been too rosy for the dude of late. So he has gone totally incognito, maybe resolving to live the life of an hermit for now, till things would get better.

But all of that never disturbed his mouth skills, which is on the legendary height, especially at playing the “mouth organ”. So well versed is this perfect British trained gentleman according to his legend, that once his lips gets to work or once he gets down there to the island of ultimate pleasure, the Bermuda triangle to work his magic, the recipient would just go to utopia or nirvana, would just go gaga and back, releasing the floodgates of awesome waterfalls that normally cascades down in torrent.

So where is our daddy yo? It’s like he has been missing in action and the ladies are the ones suffering for it!