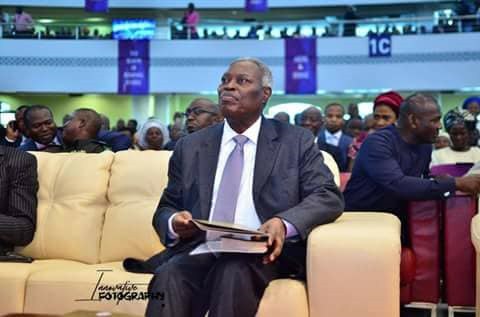 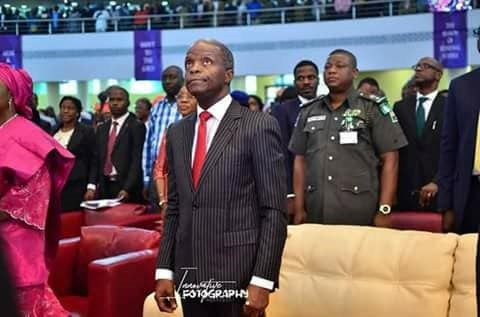 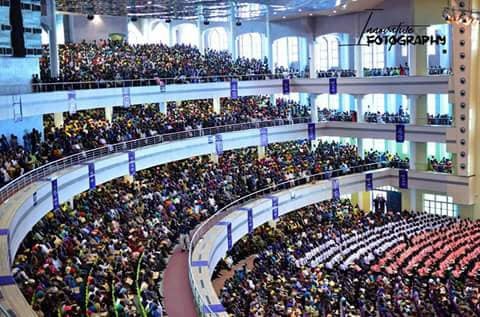 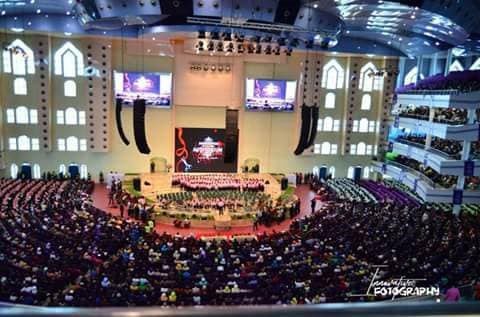 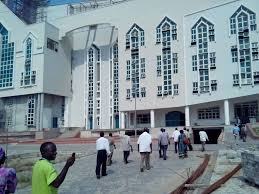 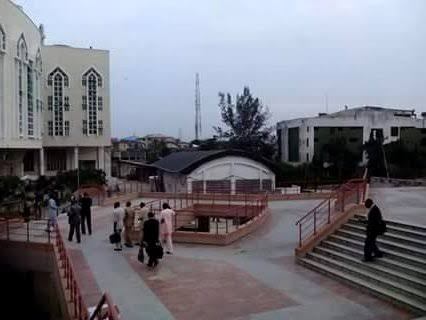 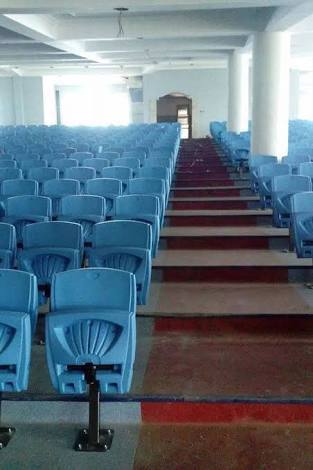 THE HIGHLY POPULATED CHURCH, having in excess of 3 million worshippers around the world, OPENED HER 30000 CAPACITY AUDITORIUM, that’s the capacity of a mini standard stadium on Tuesday, April 2018 to a loud applause.

If the value of a church auditorium is a sure, quick and express passage to heaven, then the “Deeper Life Bible Church” with headquarters in Gbagada, Lagos has joined the league of those who would have gotten a quick and expressway passage to that place which is the hope and ultimate aim of all believers-heaven.

It has been a very patient and painstaking labor of love that began in 2005 and took 13 good years to achieve or make happen, spanning 2005 to 2018. And at the end of it all, what you now see is a multi-storeyed, eye popping edifice, that any would be proud of and want to lay claim to, boasting of all the best amenities communications and otherwise that’s makes a church, any church at that world class, by any and all standards. This auditorium, would stand next to any of the type like it from any part of the world and wouldn’t flinch at all..

And this is surprising as this was the same church that not too long ago, frowned on and at anything that supposedly had any description or showcase of outlandish luxury of any kind. Preferring to live a frugal life, devoid of any type of flash. No jewelries of any kind etc. Just imagine that it was only a few years ago that to have a television in your home, was considered somewhat of a sin, as it was tagged a devil’s box! But now things have changed somewhat and same is now used to transmit and broadcast the church services to church members via powerful satellites costing many millions that the church have since acquired and might still be acquiring.

The Deeper Life Bible Church as a ministry began in 1973 with 15 members led by the founder Dr Williams Folorunsho Kumuyi, who 45 years after is still the General Overseer and Lead Pastor of the Church. His sojourn into ministry began while he was still a university teacher, who taught Mathematics at the University of Lagos, Akoka. From 15 members then, that little acorn as grown tremendously to become a massive oak tree of more than 3 million members across the world, having branches in nearly all the countries of the world. With a networth of value ‘estimated’ at above 300 billion plus, which includes all assets either physical assets or money owned by the church.

The new 30000 mini stadium like auditorium alone is worth 5 billion of this staggering value. There is still the humongous Bible College worth several billions also and so many more. The massive Gbagada HQ, which takes over from the IBTC which was the temporary HQ while Gbagada was still under construction was built by Cappa &  D’Alberto construction company.

The Deeper Life Bible Church ministry is not a small fry at all by any standards one can try to judge it by, the church owns a 240 hectare massive expansion of land known as kilometer 42, Lagos-Ibadan Expressway by Olowosedo village. This is where the church holds her retreats and special programmes. It is described as a private town owned by the church, with all standard amenities provided to serve those there. There are hostels, chalets etc

The new DEEPER life town when fully constructed would supply its own electricity, would have its own dedicated petrol station. The main auditorium still under construction would accommodate or better still sit conveniently 130, 000 (one hundred and thirty thousand capacity) at a go, it is what has been tagged or earmarked as the “Deeper Life Conference Center” , but you must understand that this “D. L. C. C” , is totally different from the yet another humongous edifice known as the ‘International Bible Training Center’ better known as the “IBTC Ayobo” , Lagos which is where the residence of the founder of the church is at.

The IBTC, Ayobo, Lagos on its own is a village like massive complex, with all the works available. It houses different chalets, the massive conference center, offices, classroom blocks etc. In fact the new student hostels there, has a total capacity of 10000, and that’s not all, there are still the massive kitchen complex, a massive supermarket, a big children’s church, a factory that produces- mattresses, iron beds, pillows and paints for the church use.

There is also the 2.5 billion NAIRA valued University project also ongoing at Ayobo, Lagos. All in all the Ayobo complex is estimated to be worth tens (10s) of billions of Naira. And there here are still other church properties sprinkled and spread all around Nigeria and beyond too.

For those wondering how come a church ministry is so humongously valued? The self sustaining ministry is on a sure footing financially by all standards, as the various members are happy to contribute towards her well being, through their freewill givings and offerings and payments of tithes as at when due. And it doesn’t just end like that alone. Just imagine 3 million people paying their tithes alone or doing freewill offerings of all kinds! That should let you a bit into what the story is like.

The ministry also makes a large bulk of their massive revenue from ministry and ministering materials like books, magazines, pamphlets, audio and videos which comes out prolifically and periodically on weekly, monthly basis and otherwise and members make it a point of duty to purchase such and the ministry is the best for it.

At the occasion declaring the new auditorium opened on Tuesday, April 24, 2018 was none other than the Vice president of the Federal Republic of Nigeria, in the person of Prof. Yemi Osinbajo, who himself is a pastor at the RCCG.