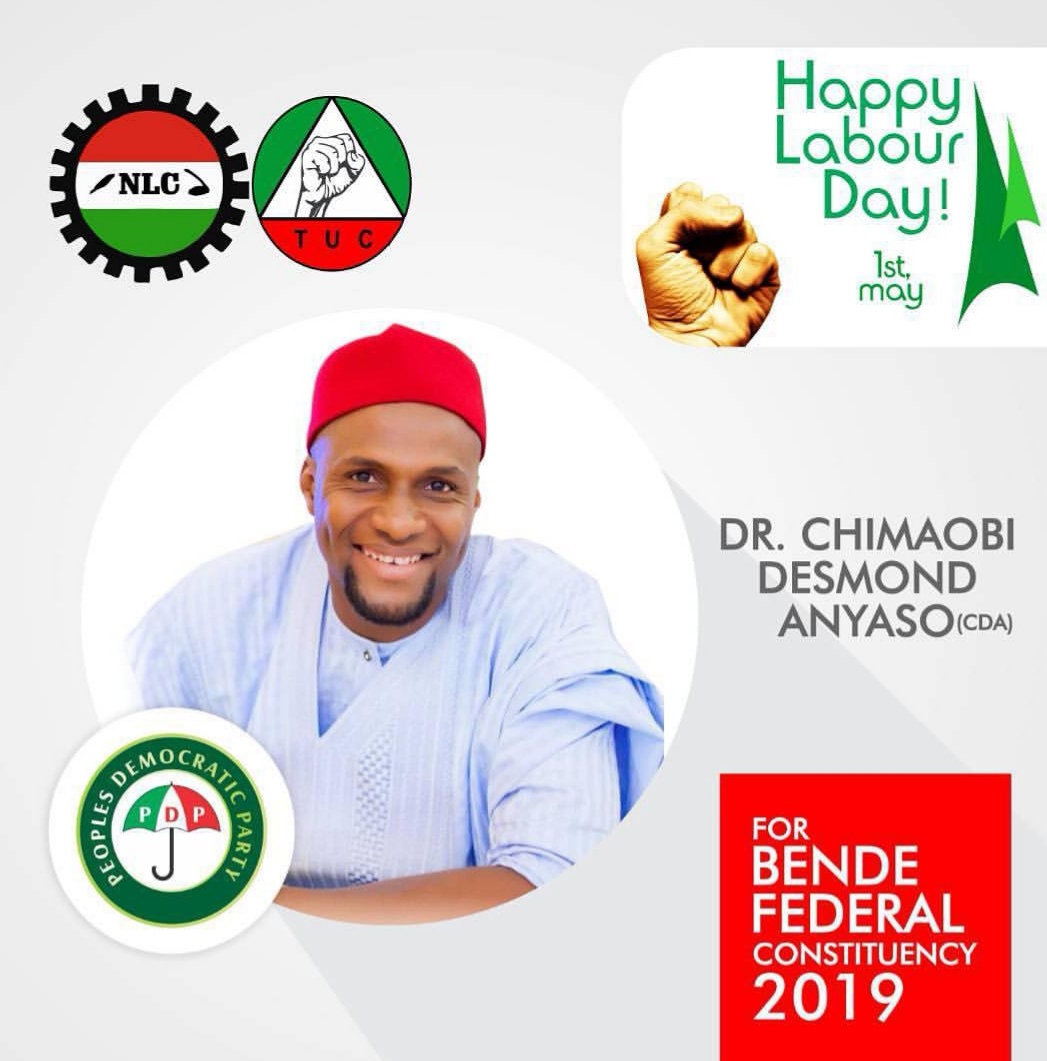 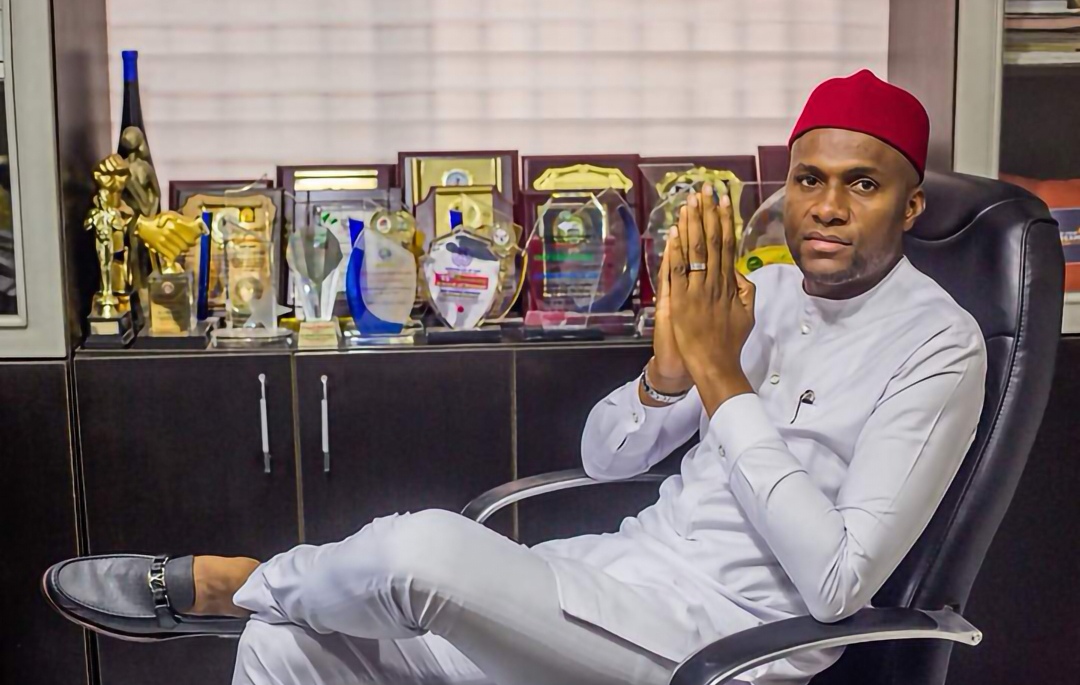 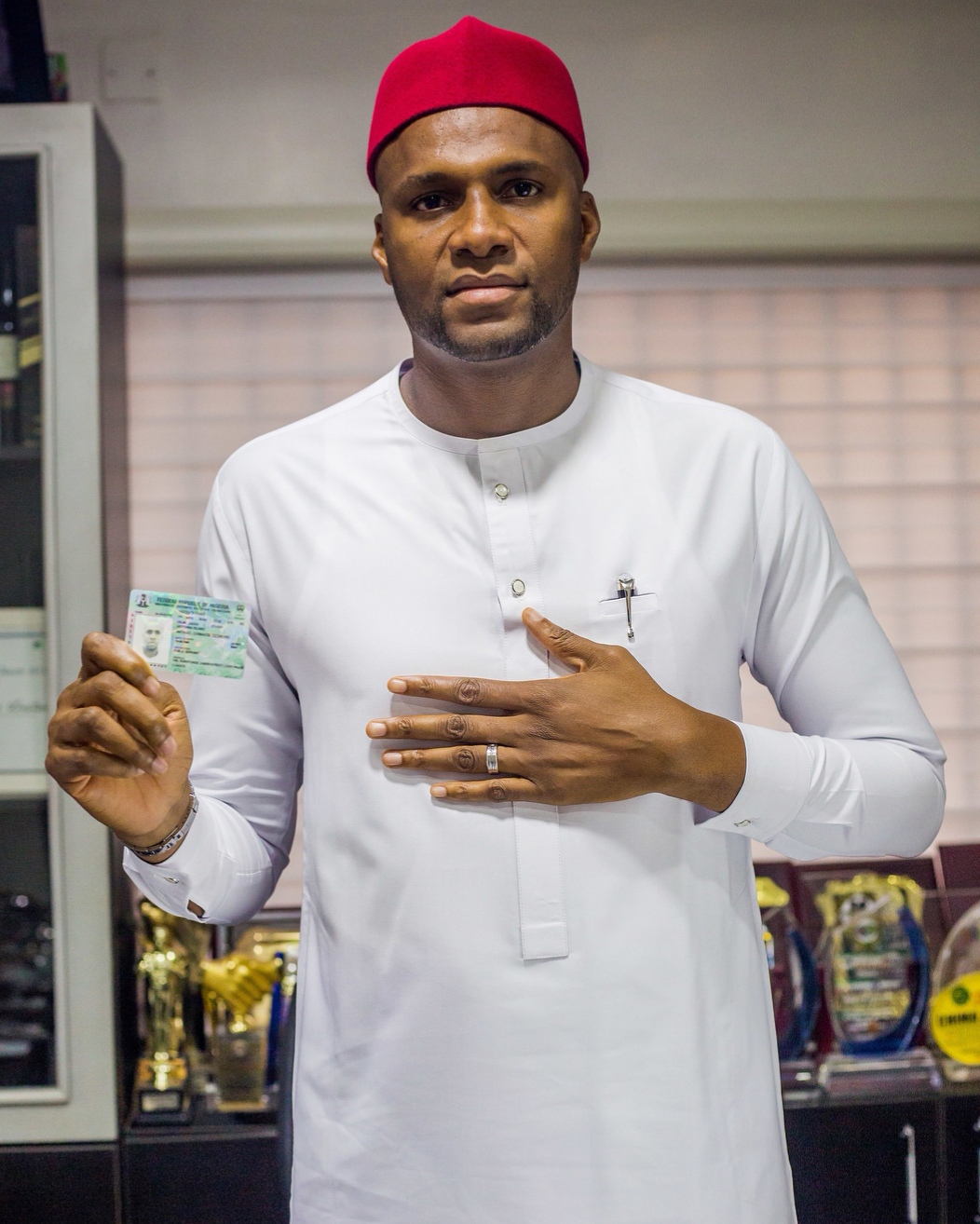 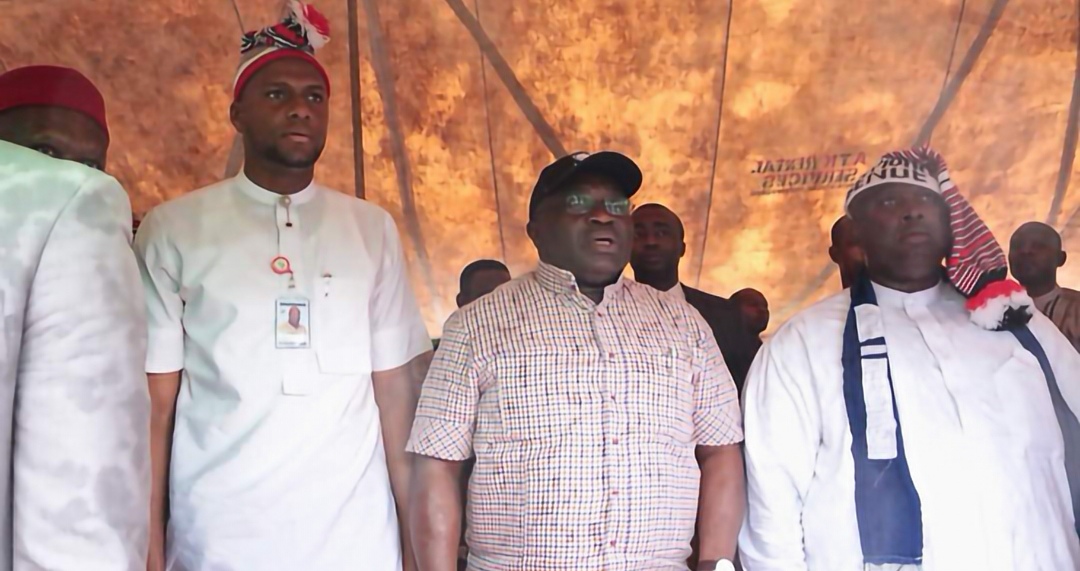 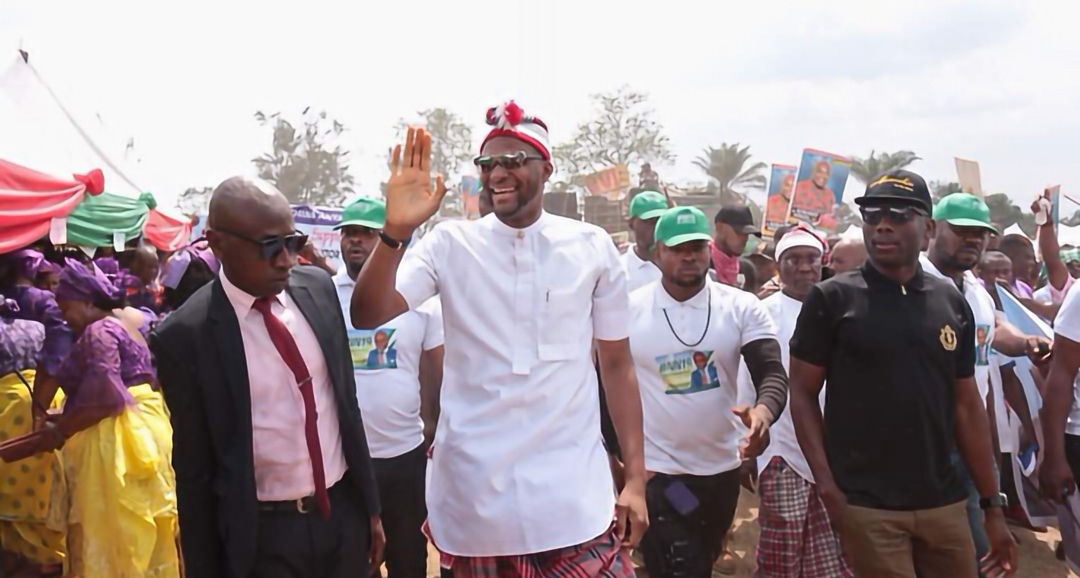 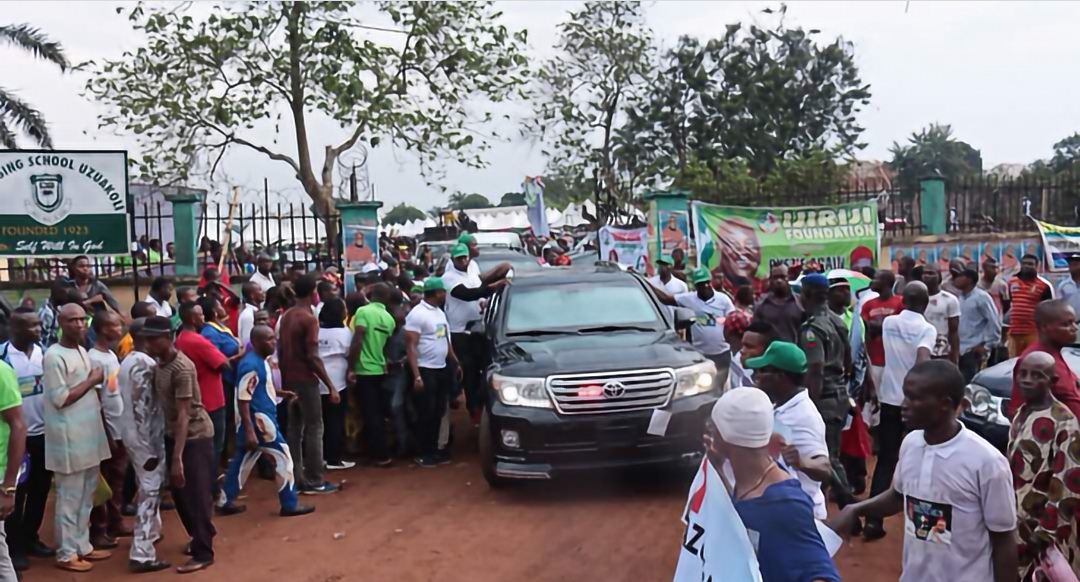 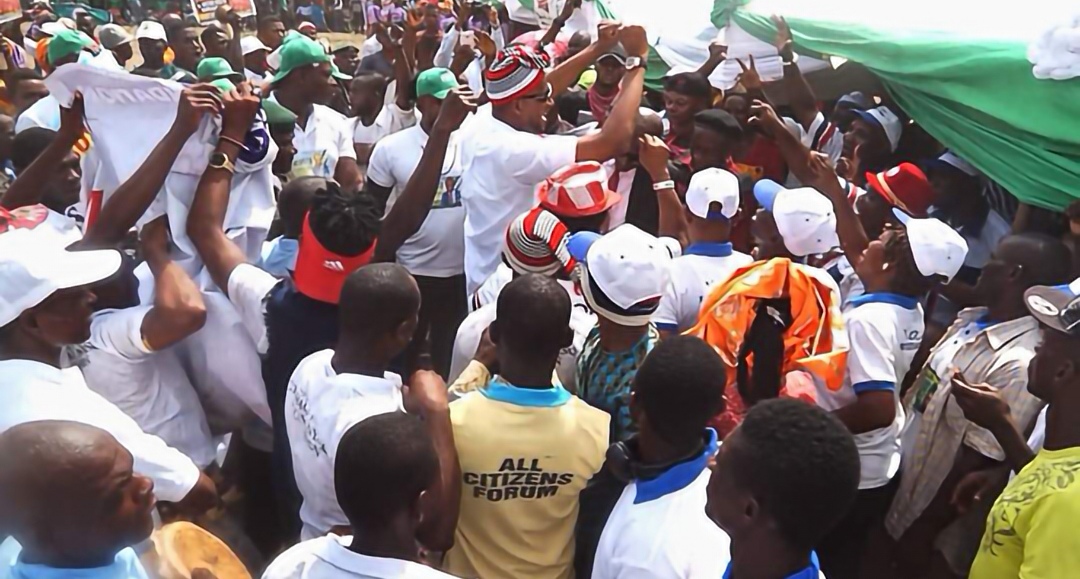 Before you all start wondering if the tall, handsome and highly successful businessman and award winning philanthropist, Dr. Chimaobi Desmond Anyaso is running for the President of the country-Nigeria, no no, not at all. Not that he cannot though for he has the wherewithal and resources if he had wanted to, but it seem like he wants to take it one step at a time, first by gaining invaluable and worthwhile experience and then also getting to understand the intricacies of the country too, so he is running for the House of Representatives come next year 2019. And he is leaving no stone unturned to achieve that goal and dream to give his people the required excellent representation.

And his people in Bende Federal Constituency are already over elated that he has heeded their call to represent them, the incumbent Honourable member of the House, Honourable Nnenna Elendu Ukeje incidentally from the same PDP, the party of choice also for CDA has he is fondly called and addressed must already know that she is in for a major battle royale come nomination time, going by the popularity and endorsement of Dr. Anyaso by the people.

CDA is a very well known, well established young leader of his constituency, who prior to making up his mind to enter politics has always had his hand in all that’s about the growth of that area. Abia as a whole has always always being on his mind. Just imagine that for many years now, he built a proper school in his village where more than a hundred kids of different ages attend school with full scholarship sponsored by CHIMA without paying a Kobo for anything! Imagine the kind of stress taken off the parents of those kids!

CDA’s touch in his home town hasn’t been only about education alone, other areas be it religious, social-economic and more have all also gotten his good touch over the years. Imagine that the biggest church in his homestead felt his massive embrace too, his residence in the village alone is a statement in class and is always open to all, where he attends to them and help solve their pressing issues. These are some of those things that have greatly endeared him to his people.

Dr. Chimaobi D. Anyaso still in his 30s, who is related to the late godfather of politics in the East, Senator Arthur Nzeribe via marriage, is also highly connected. He is like a son to probably the biggest politician from Abia State and one of the biggest from the East, in the person of the former Governor of Abia State, Sir Orji Uzor Kalu, though politics has now meant that they are in different camps/parties, both men are from the same village-Igbere in Abia State.

As a testament to his star power, it was a colossal crowd not too long ago that attended when he declared his intention to run for the House, with the action Governor of Abia State, Dr. Okezie Victor Ikpeazu in attendance also, which in a way is an endorsement sort of. He is also related to one of the richest men from his homestead in the person of the well respected man of God and owner/founder and Chairman of a thriving indigenous oil and gas firm, Nepal Oil & Gas Services Ltd, Elder Ekeoma E. Ekeoma, who is the husband of Chima’s elder sister Ngozi Ekeoma, the MD of Nepal.

Chimaobi Desmond Anyaso, is a Unilag graduate with a BSc degree in English and an MSc degree in Management. At just some years over 30, he is the MD/CEO of Caades Oil & Gas Ltd founded by him, he is also the founder and CEO of a lovely boutique hotel in Lekki Phase 1 known as Le Paris Continental Hotel with over 50 suites and still expanding, his business foray has also seen him invest considerably in real estate, which he could become a magnate in soon. He is the Vice Chairman South of Nigeria Young Professionals NN19, an advocacy group very concerned with and about the well being of Nigeria (Nigerians) and also the participation of qualified youths in the decision making processes in Nigeria.

If he has already conquered the world of business at such an early age, then he is eminently qualified to take over the world of politics too! So are we expecting him to add the tag of Honourable member of the house to his name soon? Oooo yes, but time will tell.