COMING TO LAGOS SOON TOO 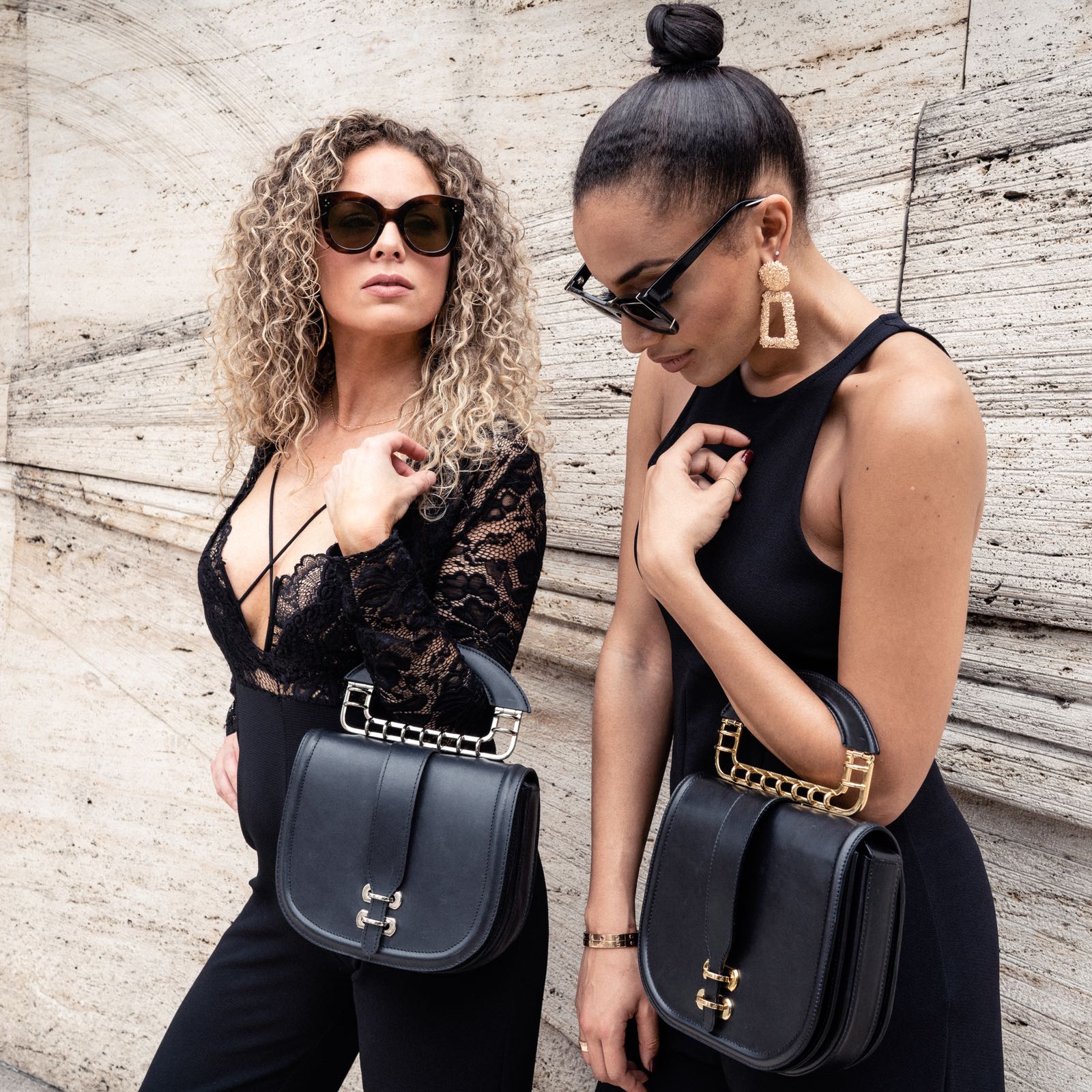 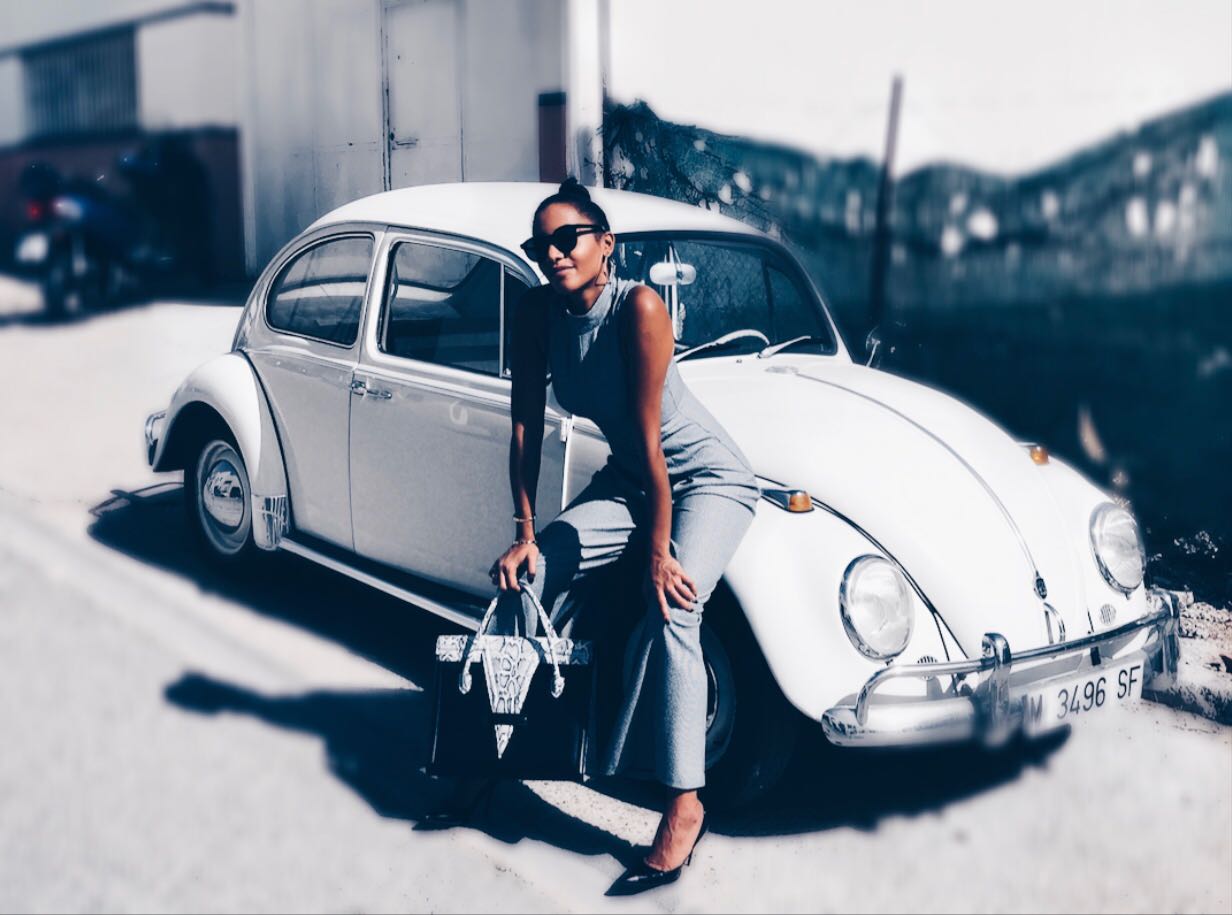 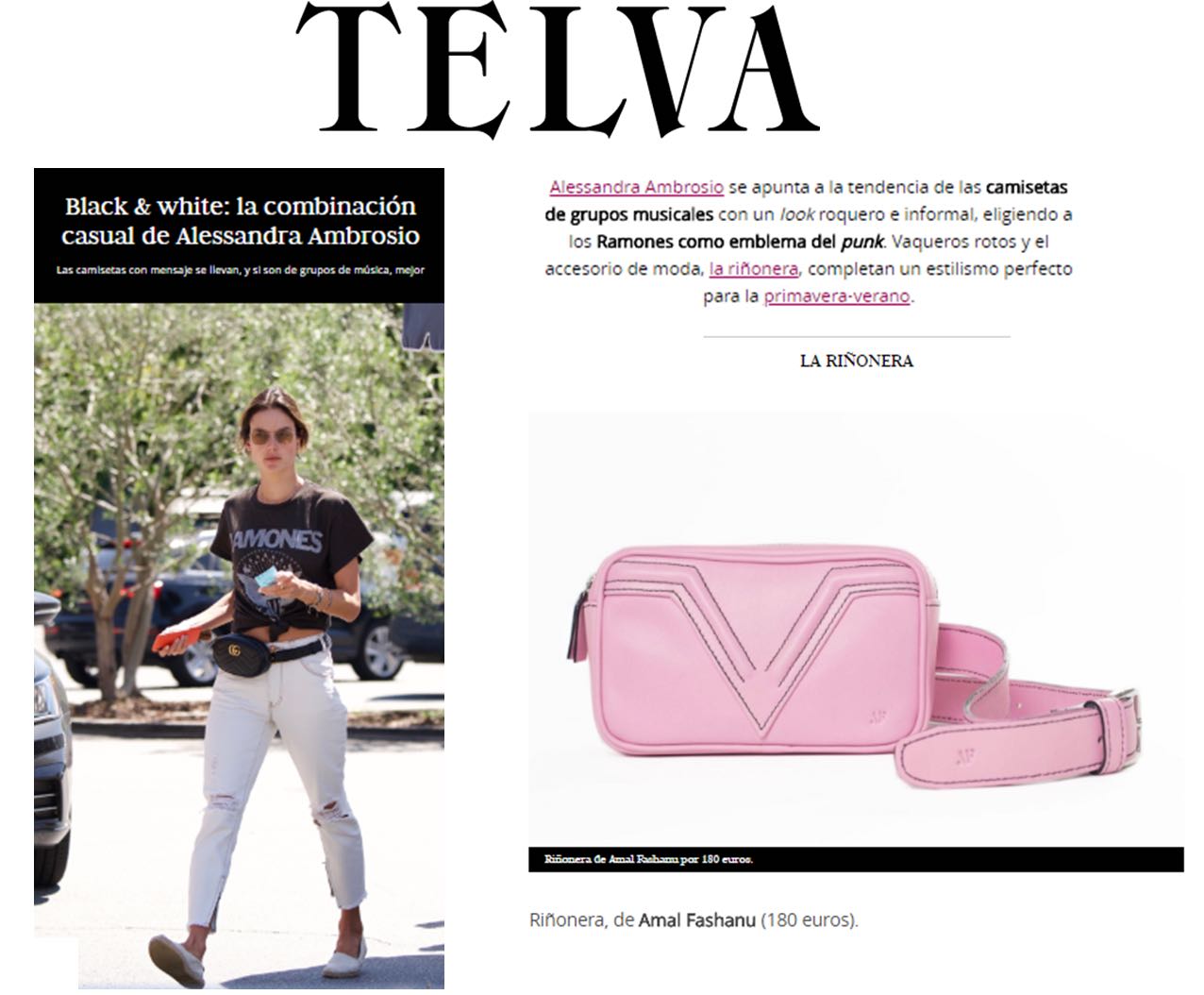 Amal for those who might not know her, is the tall, very exotic looking and stunner daughter of former football star, John Fashanu of England and Nigeria. In fact the statuesque and gorgeous young lady was a former model, something she enjoyed so much for quite a bit. Her exotic gorgeousness comes from the fact that her dad is a British – Nigerian and her mum is Spanish, she was born in London one of the most famous fashion capitals of the world. So now you know where that stunning looks came from. She lived in Madrid the home of football giant Real Madrid for 12 good years and shuttles between the UK and her 2nd home, Madrid. Spain is one of the most famous, emerging fashion powerhouses of the world.

She embraced modeling on the part-time basis, while still at the University, as she attended the Brunel University London, a highly regarded University that was founded in 1966. She has a degree in Communications and Media studies for her effort. After school was when she started doing the “documentaries”  for the famous BBC, till date she’s done 4.

Last year she gave in to her inner creative juice, when she went on to get a “Masters in Handbag designs in Madrid” last year 2017. Fast forward to a few months later in 2018, she has come out with her debut collection of exquisitely designed and very beautiful and functional bags.

The bags are all made in Spain and are called the “Amal Fashanu Bags”, while the exclusive range are called the “heritage bags’. The materials used for the heritage collection is more lush and leather is more rich and parts are coated in gold (gold plated). There are 8 bags in the whole collection, with the heritage bag being one and the more fun bum bag”  for the younger crowd to be carried to such fun events like the Coachella, Burning man event. The exclusive heritage collection would be launched officially in September of 2018.

The bags are presently available online now at www.amalfashanu.com, also it’s been sold in Spain at some stores and they are quite affordable for those who understands good luxury, that’s exquisitely made. Discussions are presently on going with the 3 topmost lifestyle stores in the UK, Harrods, Harvey Nichols and Selfridges. There’s also a launch upcoming for Nigeria pretty soon, the brand is looking at doing a Lagos and Abuja launch before September.

Already the bags have gotten and are still getting wonderful reviews all over, with Harper’s Bazaar, Elle, S Magazine UK, Luxonomist, Daily Express, Yo Dona Magazine in Spain, Trendencias Magazine also in Spain just to mention a few! 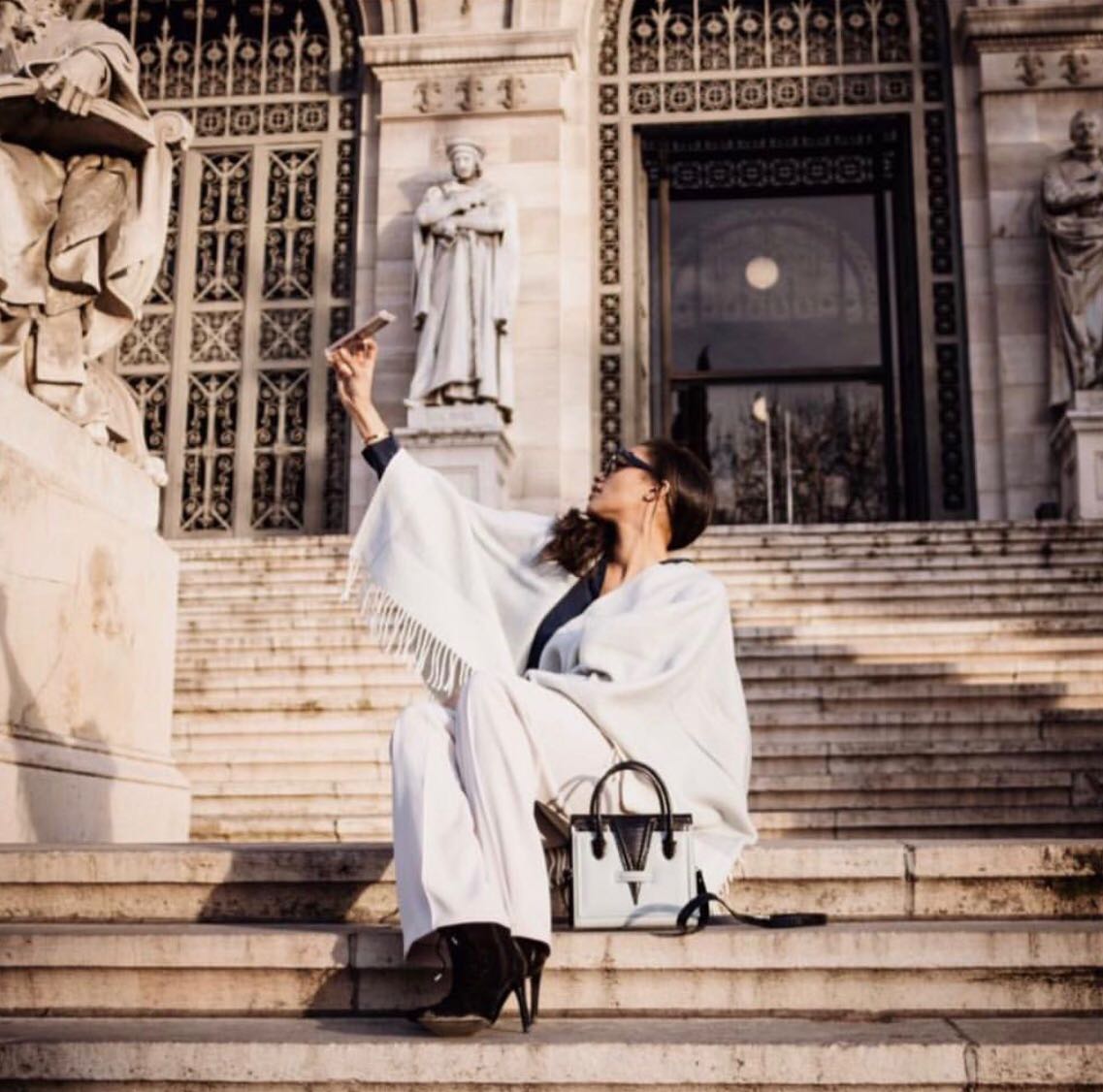 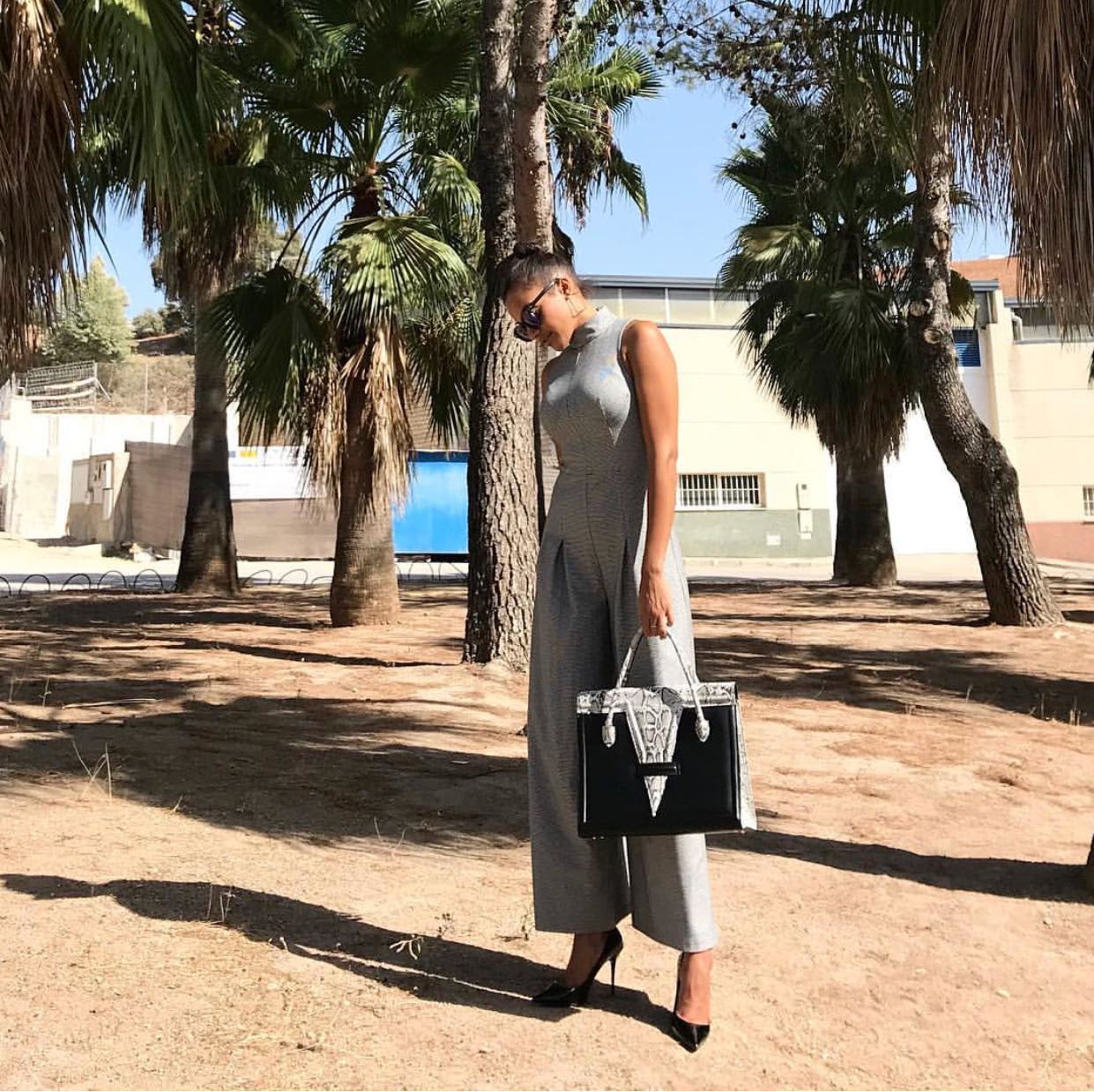 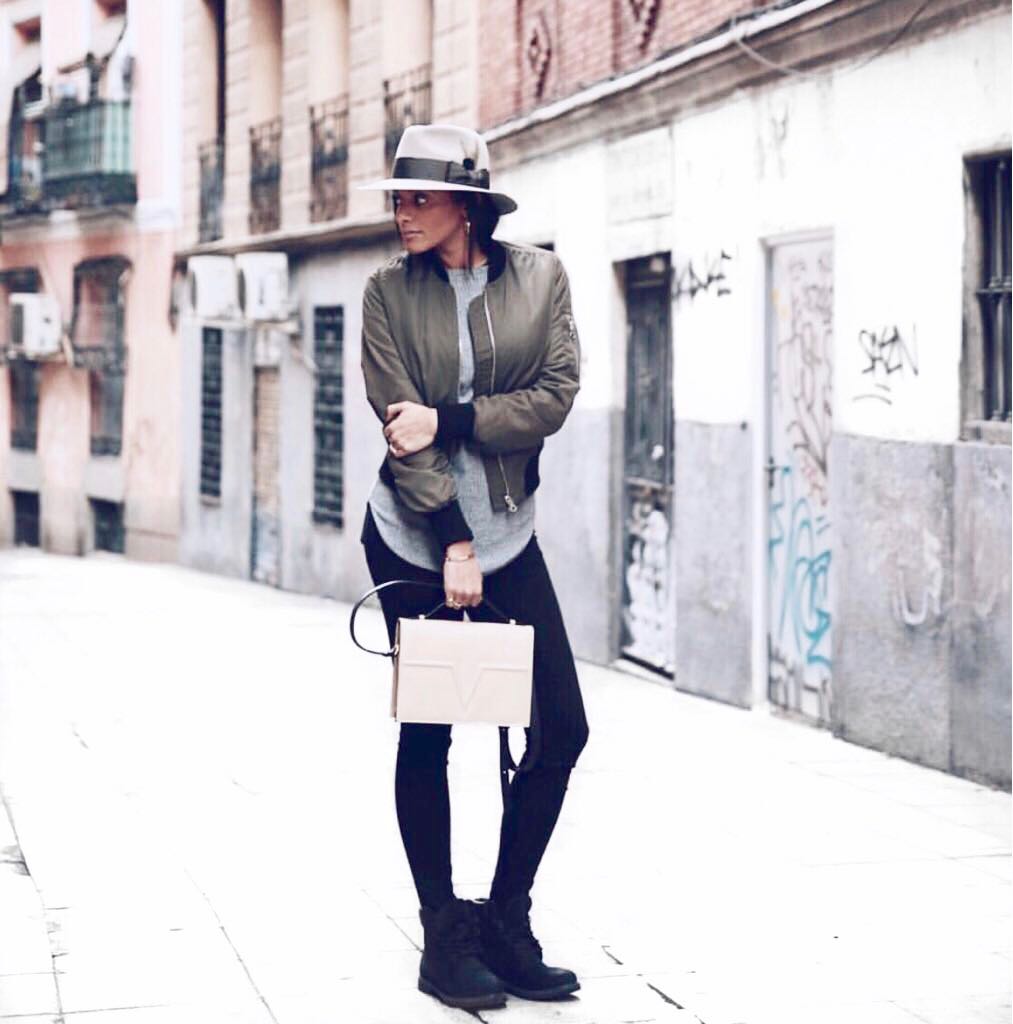 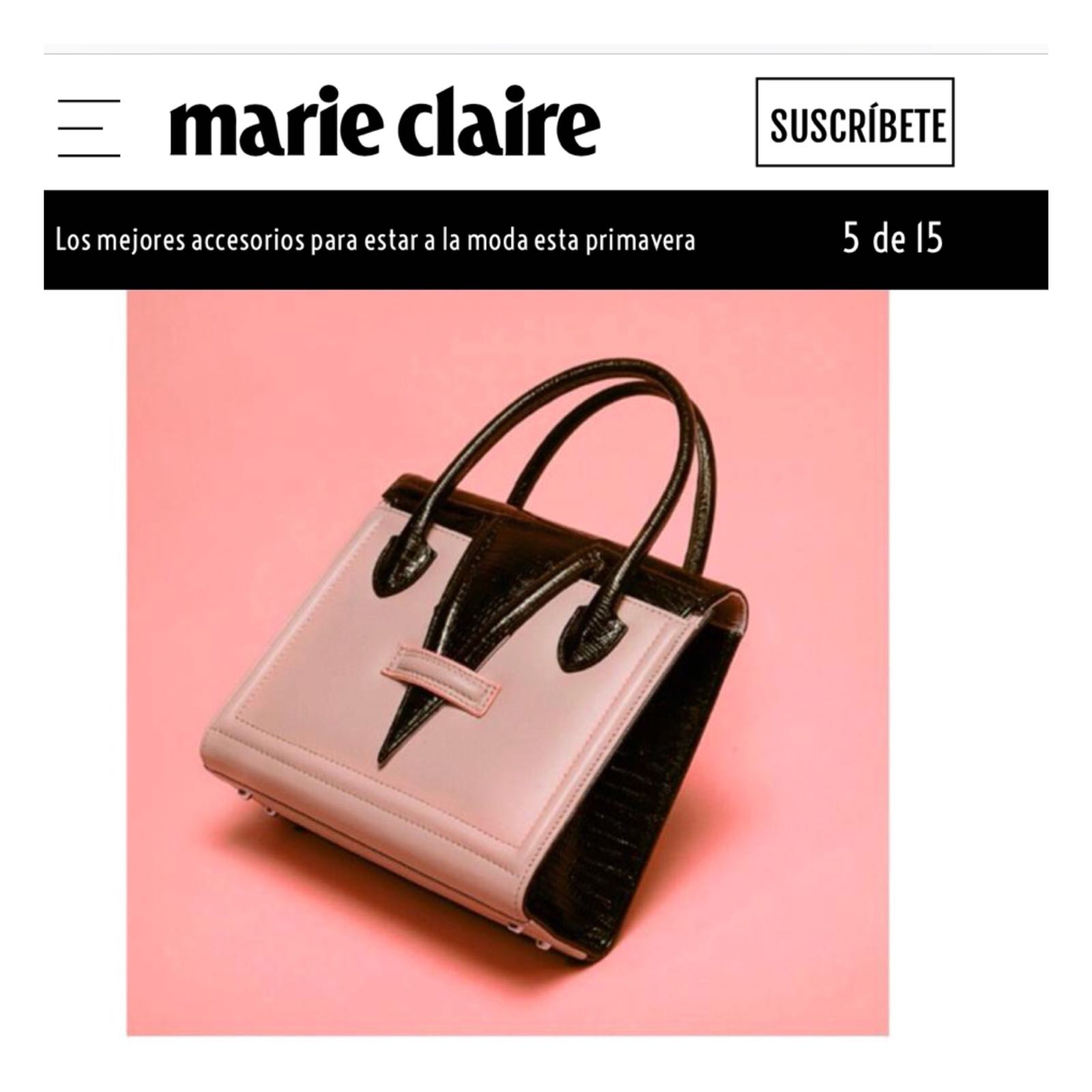 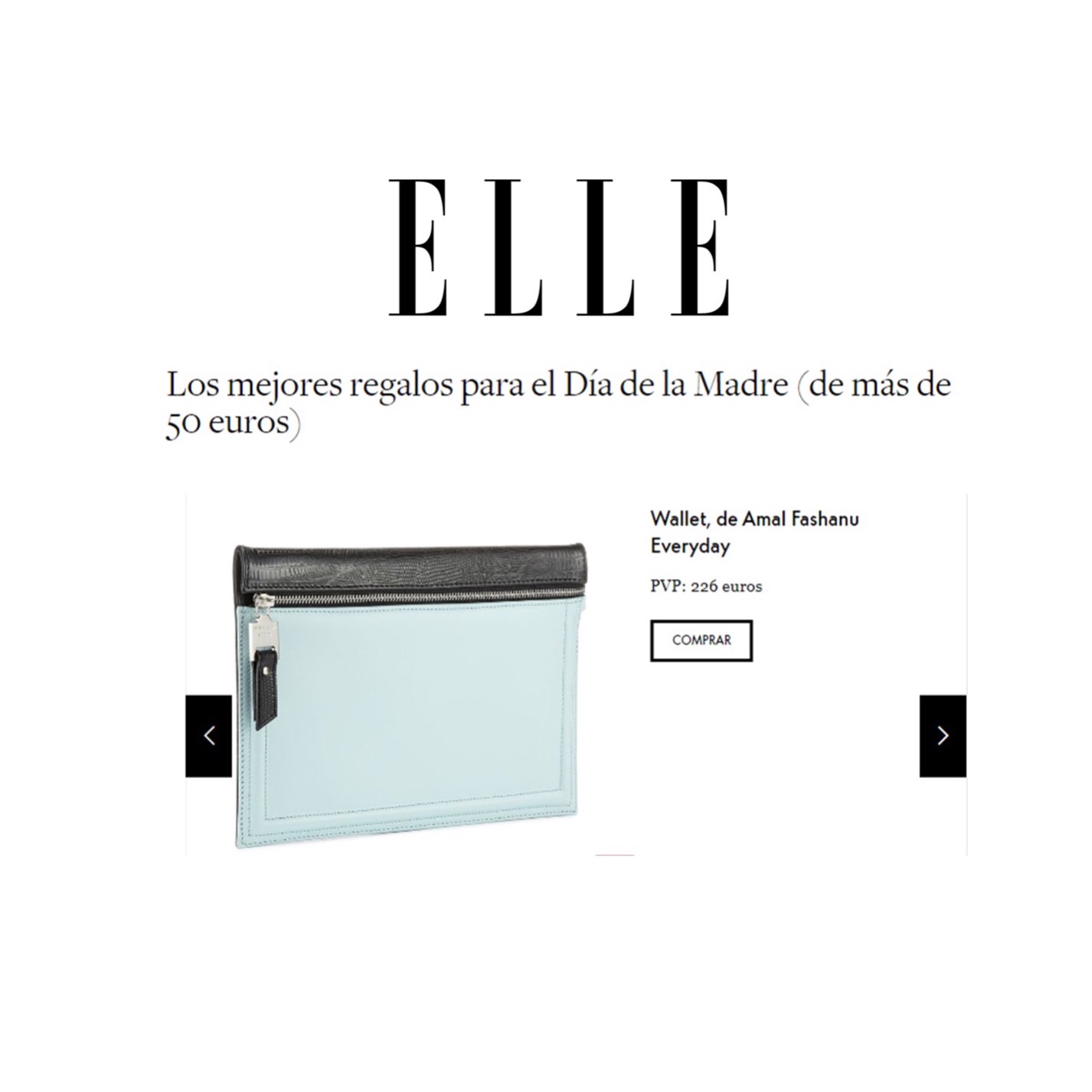 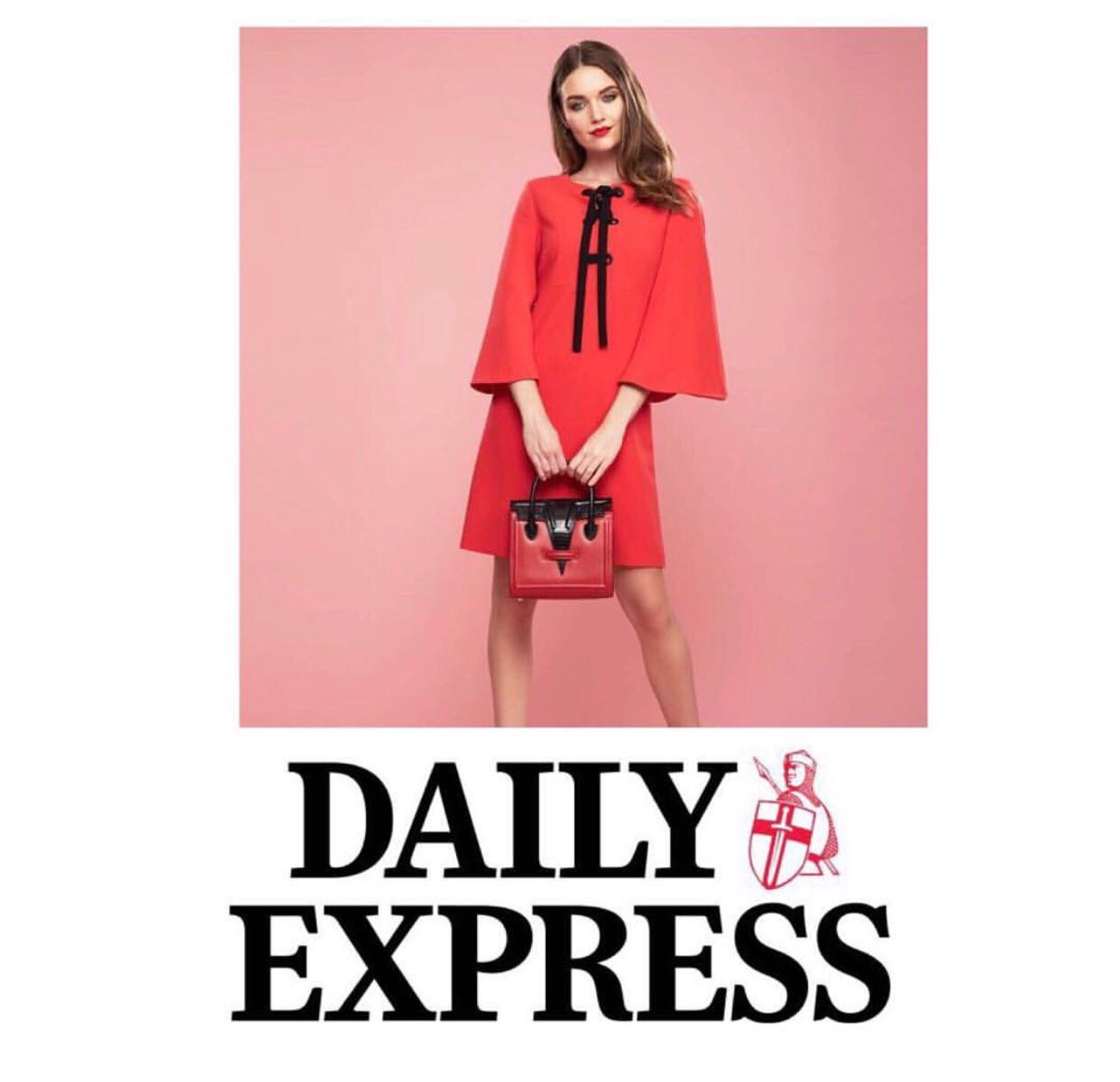 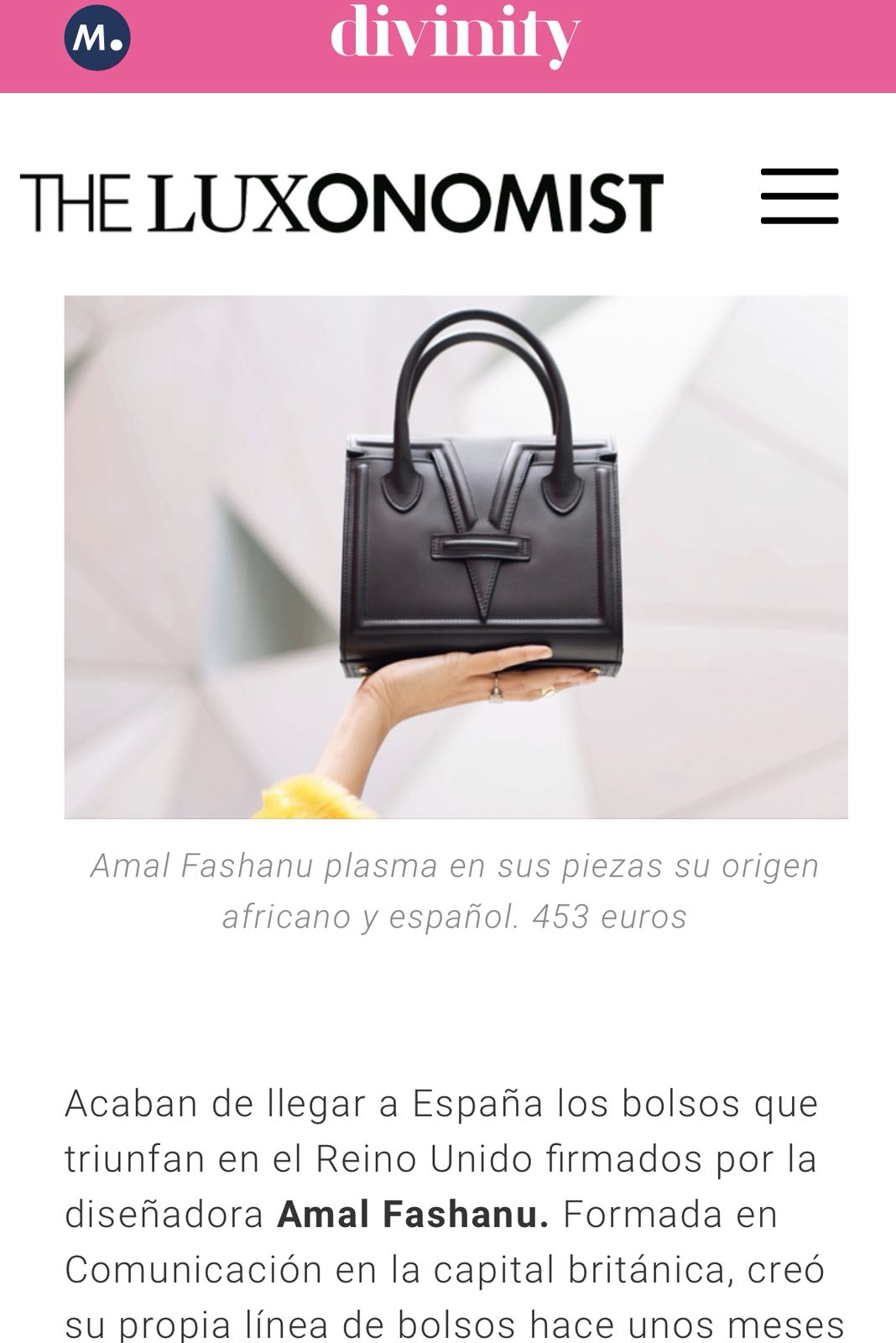 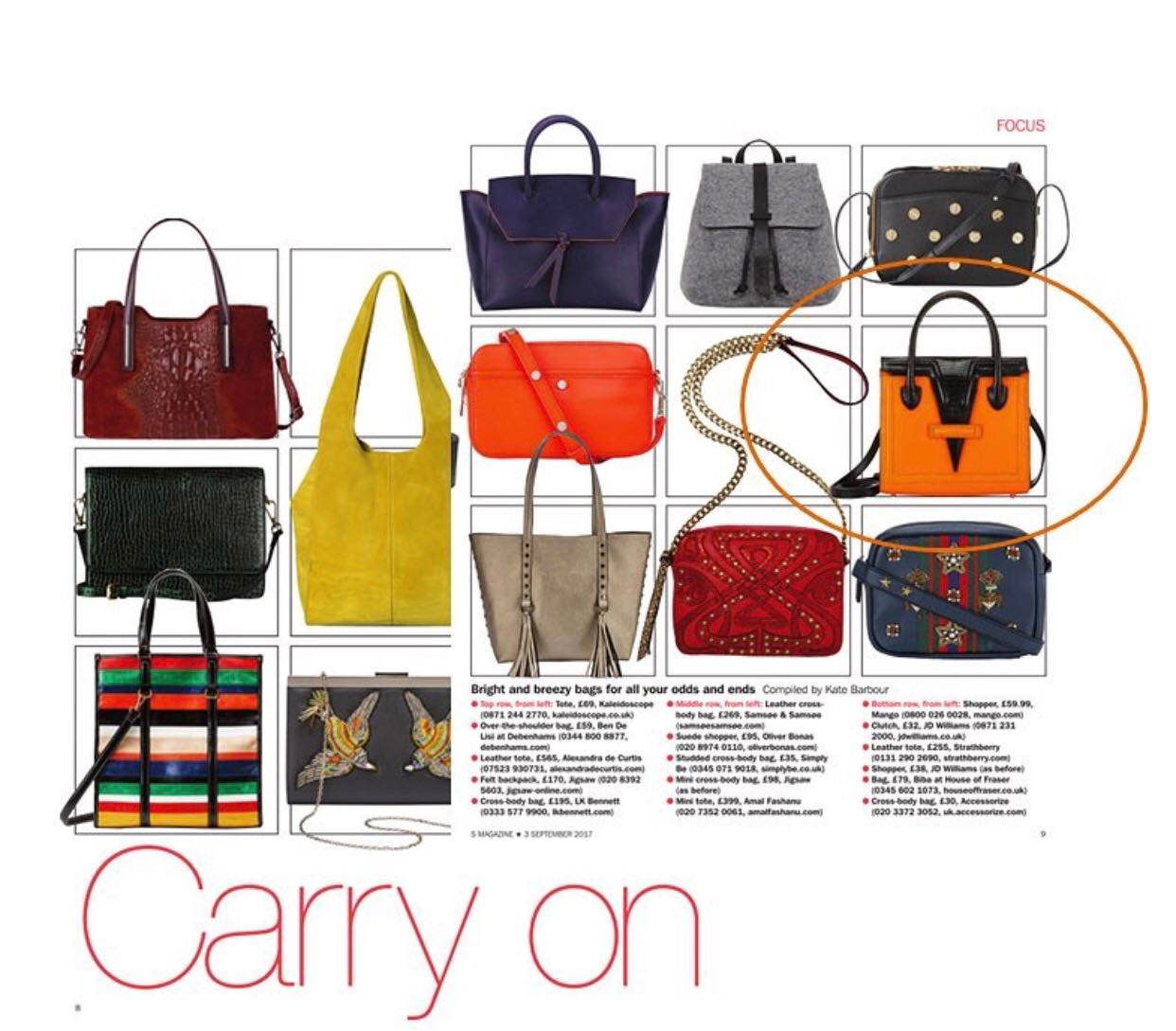 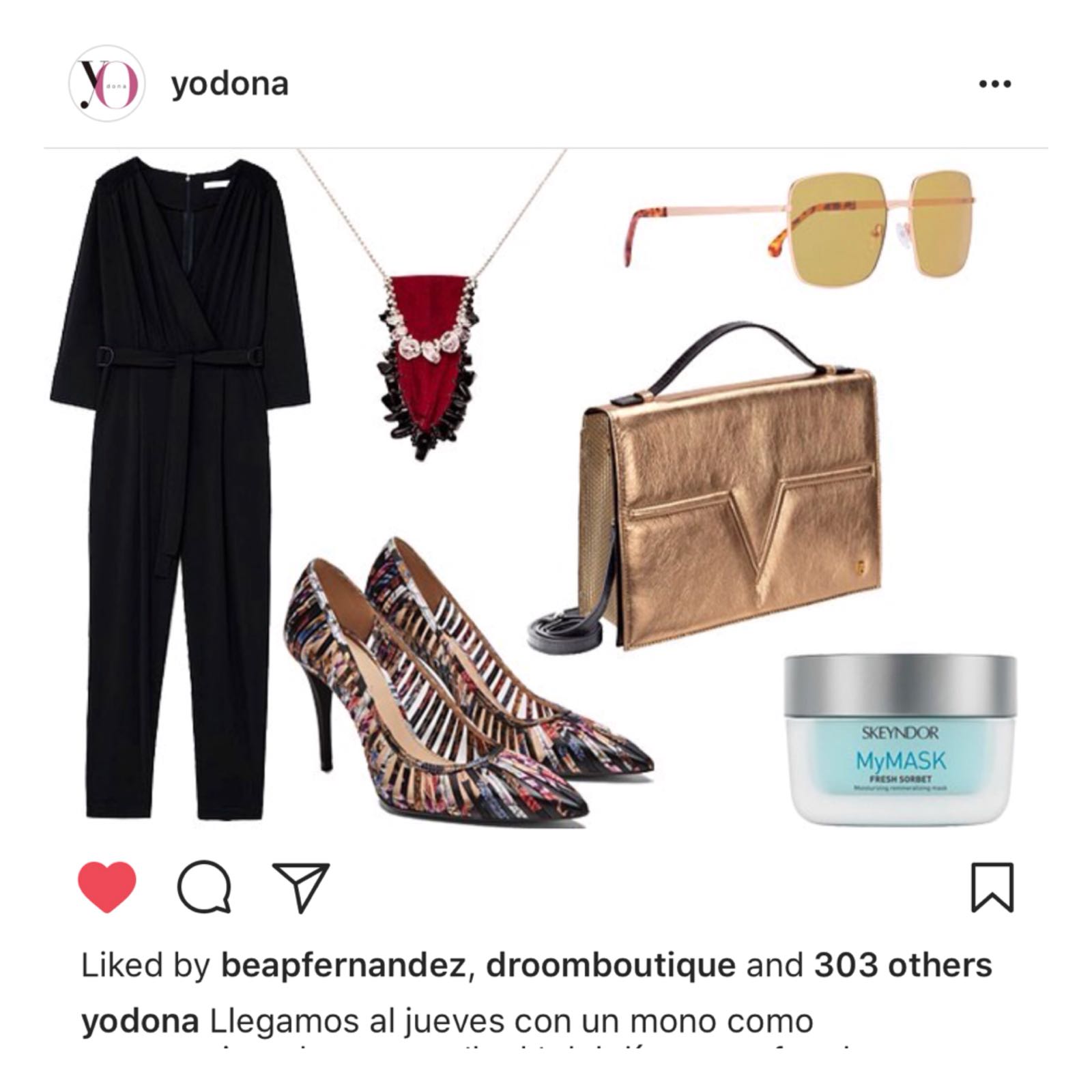 ETF: LAGOS DISBURSES N5.22BILLION TO 6,462 BENEFICIARIES
DAVIDO SENDS THE EXCITEMENT INTO OVER DRIVE WITH CLAIMS OF PRIVATE JET PURCHASE
Comment