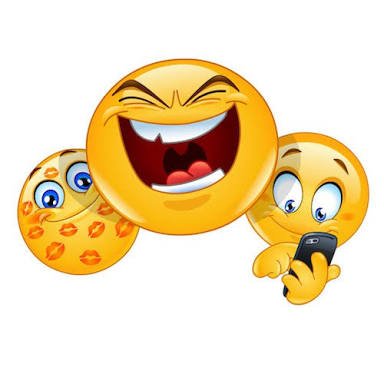 This young but handsome dude, is very well to do (guy is has super rich ad they come) bloke is having the time of his life as we speak.  The the best way to describe him is that he is having the very best of 2 super exciting worlds! What a treat, we bet you are already exclaiming! Oooo yes it’s a major treat. The surprising thing though is that both of the ladies he is sandwiched in between are the ones on his case, not necessarily the other way around as expected. To win his love, both ladies are willing and ready to crawl on the grounds the dude treads!

Dude is pretty young, not even yet hitting the big 3-0, but dude is very well to do, like they say, he lacks nothing. That’s because he is said to have made super good money from investment in that new financial technology that’s the rave of the moment, with its value already skyrocketing. The dude used to be based abroad, where he was head over heels in love, nearly to the state of obsession with a lady more experienced and older than he is. In fact according to the gist, he is so madly in love with the over used lady abroad, he doesn’t mind that, loads of peeps have passed her way and experienced her well worn tool of love, maybe that’s because of her vocation abroad. Imagine that this lady he loves so well, has had kids for others already, but that doesn’t put him off as he still doesn’t mind at all. He is willing to take up the responsibility of a dear dad. Dude has his abode in that well known haven of the super rich Nigerians in Lagos, at Ikoyi to be more precise.

Who are these his 2 love interests, who would murder, do whatsoever to have him for keeps as theirs alone? They are 2 very exciting ladies by all counts. Both very popular at that.

While one is super light complexioned, the other’s is not that much at all. On one side is this mixed race, divorced mother of a few kids still pretty young at that, who used to be in the exciting world of entertainment before she got married to a renowned filthy rich lothario, who had married several times over before marrying her. She was involved with a young friend of a known entertainer, who passed accidentally and unexpectedly not too long ago. His passing raised a whole lot of hoopla, but has since gone with the wind. Madam’s body is Miami constructed by some of the best plastic surgeons in America and it is to die for, one can even say a work of art as the doctors finished their trainings on her! Her body we would repeat is awesome, the type that would awaken crazy desires in the body of an abbot or Reverend gentleman sworn to celibacy!

Since she got divorced from her ex-husband, whose rovung eyes are legendary, she has gone totally haywire, doing what she has always loved to do, but couldn’t do much for lack of freedom. But with freedom now, she does her game with unbridled gusto. So “wantonish” is she, that she doesn’t even know that a s@#tape of her with a dude she was set up with by her supposed friend and partner in the game of likes attract at a time exists! The mother of a few has been about a bit and has been there done that, not willing to relent at all. We believe a her life’s motto is, “to have unbridled fun as much as possible, without a care in the world whose ox is gored.

On the other side is this ‘Good’ girl, with one of the sexiest pair of eyes you can imagine, sexy, sultry, inviting with yummy lips. Her natural body, which apparently she hasn’t done a job on yet, is to die for too. She is always dressed to capture and kill! In fact, she’s one of the sexiest young ladies around, always clad in the latest designer trends and she gets loads of attention for her style and dress sense. She’s well educated, with good degrees from institutions abroad. She and her friend are known as the owners of a lifestyle business, but which we hear is actually owned or funded by the wife of probably the richest chairman of a financial institution. Gorgeous babe had an upscale, well themed party recently, where our dude was in attendance. She and her closest friend at a time, double-teamed on another well known super sexy babe at a joint, with the brouhaha and hoopla that the fight raised splashed all over the social media!

One of our dudes, most favoured machine-on-wheels is an Italian named monster car, whose name starts with the 13th alphabet and ends with the 9th.

The 2 ladies on the opposite sides of the ring, in this battle royale, are seeking the title of “The Babe” as both are hell bent on winning the title, however it takes. This is because this dude is good to take home to mama! So who would carry the ring, sorry the belt, sorry the day at the end of the day? Tme most definitely will tell, lets wait and see! Or would this particular case be another of good register marking or conquests fulfilled for the dude? Hmmmmmm!!! Guy has nothing to lose, except for him to continue to swim in fun and juicyness without a care, according to the gist both ladies are already taking the banana till they would be satisfied. For now though, from the little vibes we have gotten, things might be tilted a bit towards the “Good H” gal, she seems to have the little edge for now! But don’t be surprised, if our mixed race, just suddenly sweep the day, experience like they say, no be beans at all oooooo!