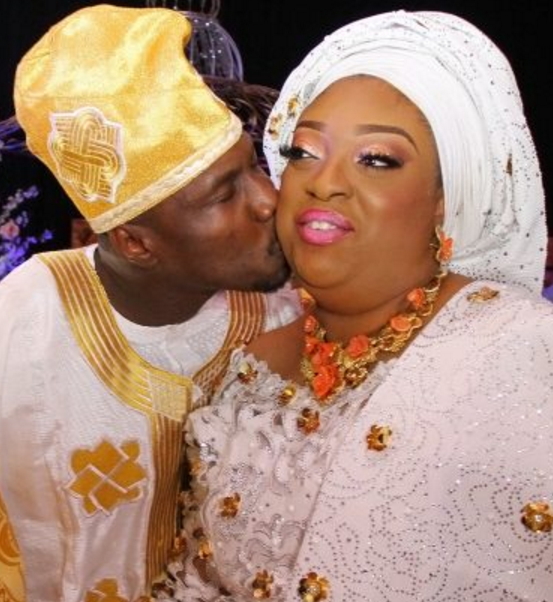 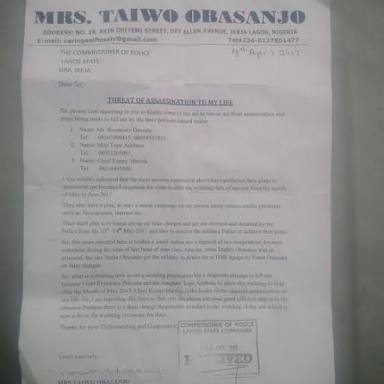 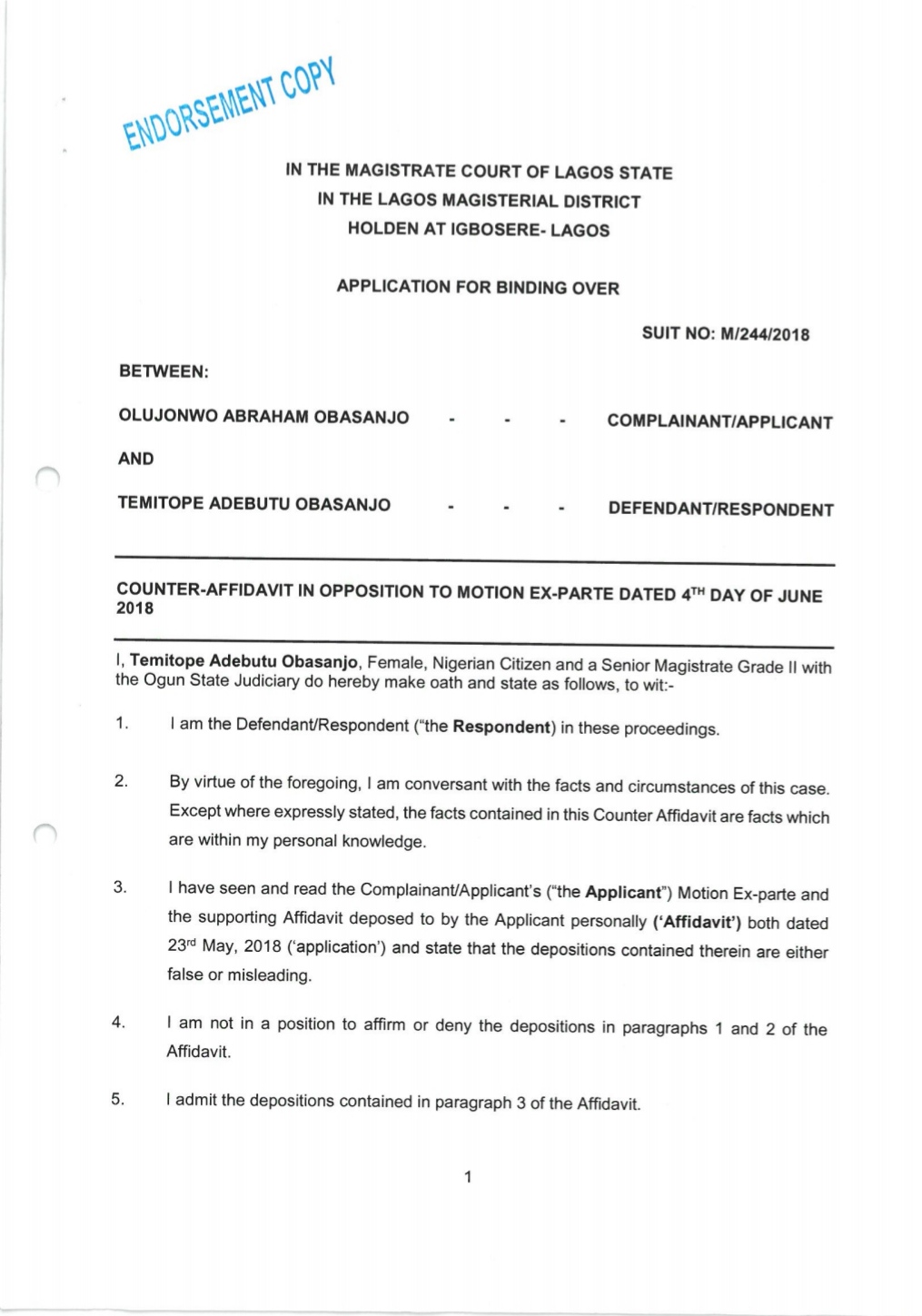 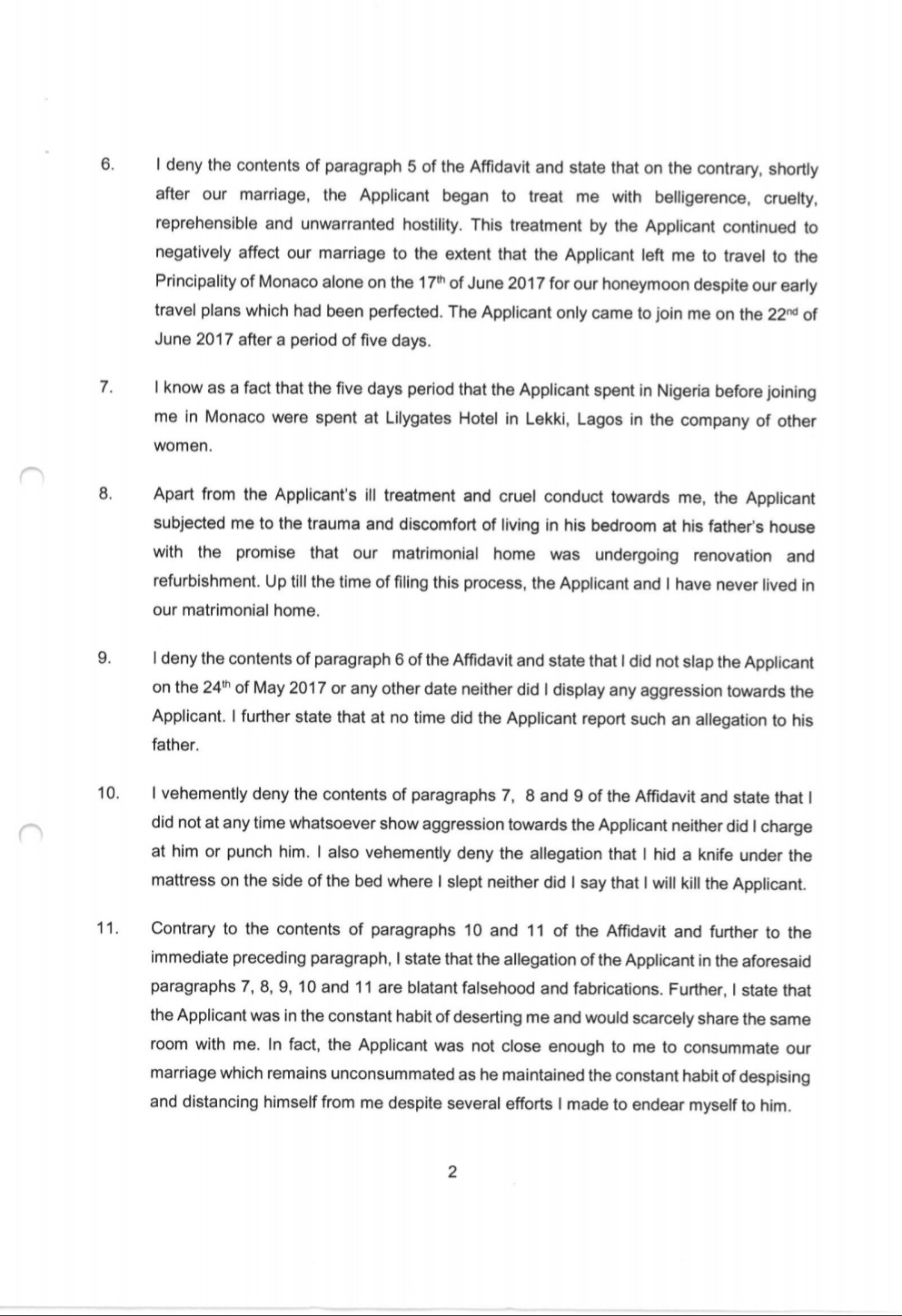 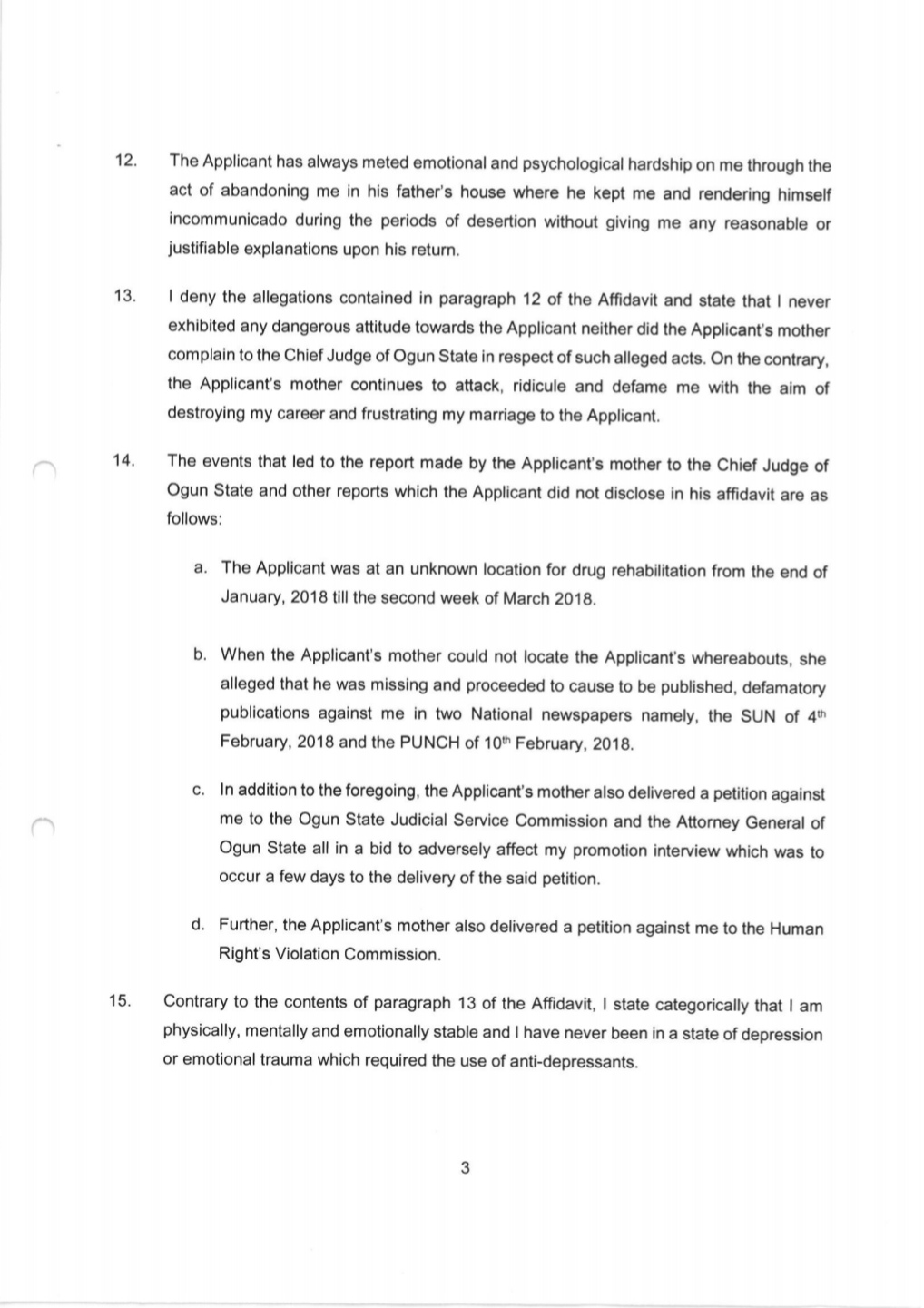 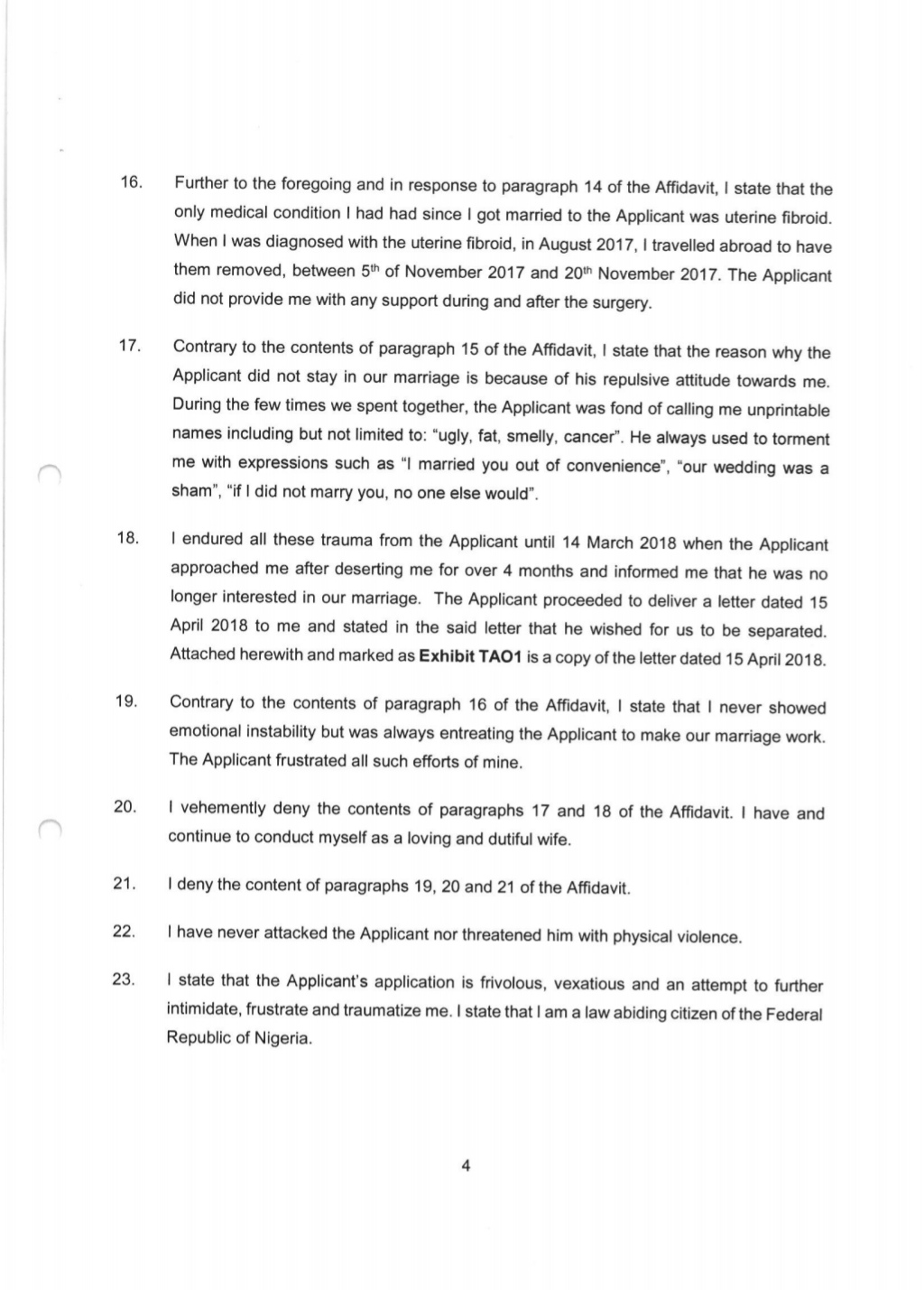 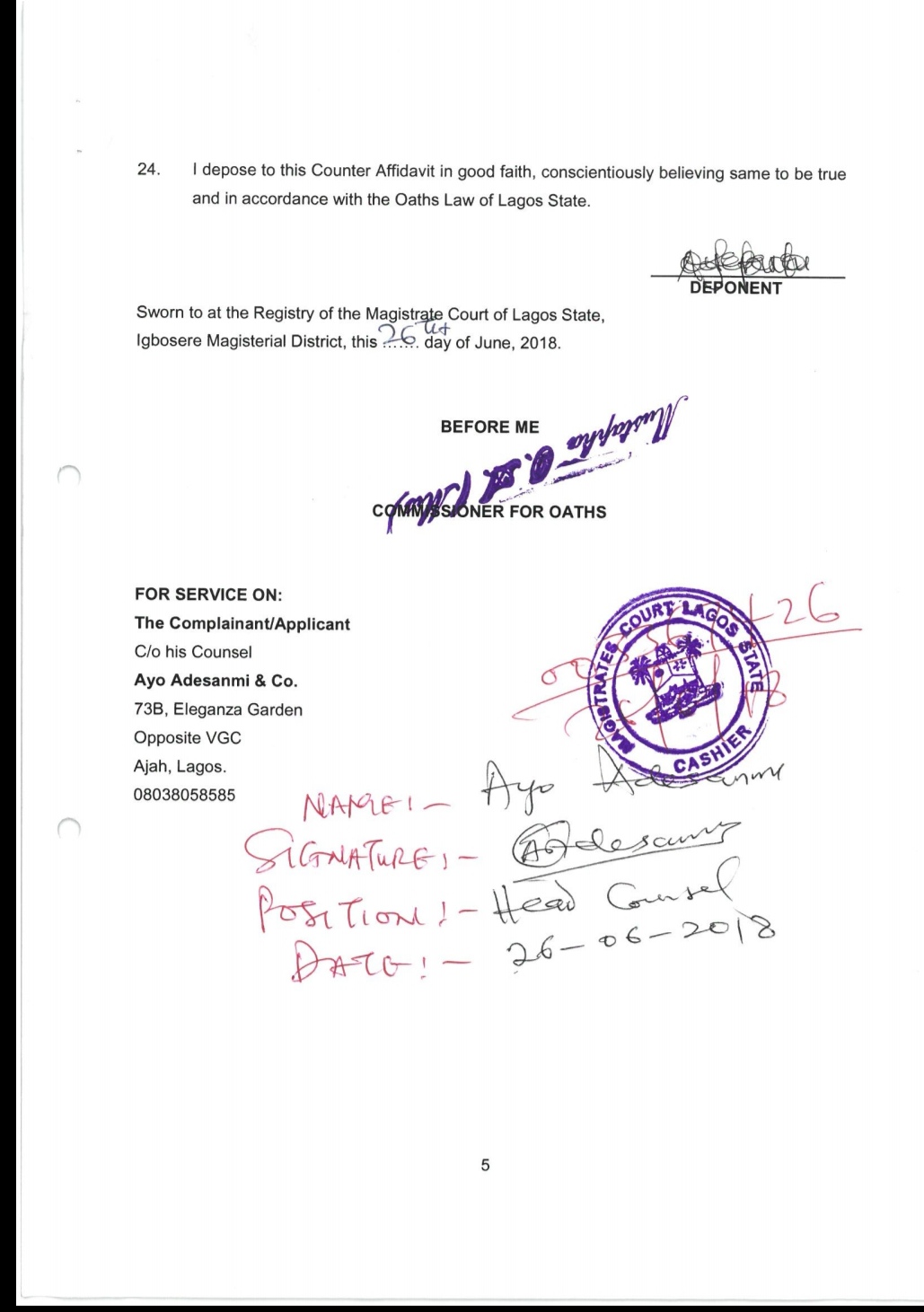 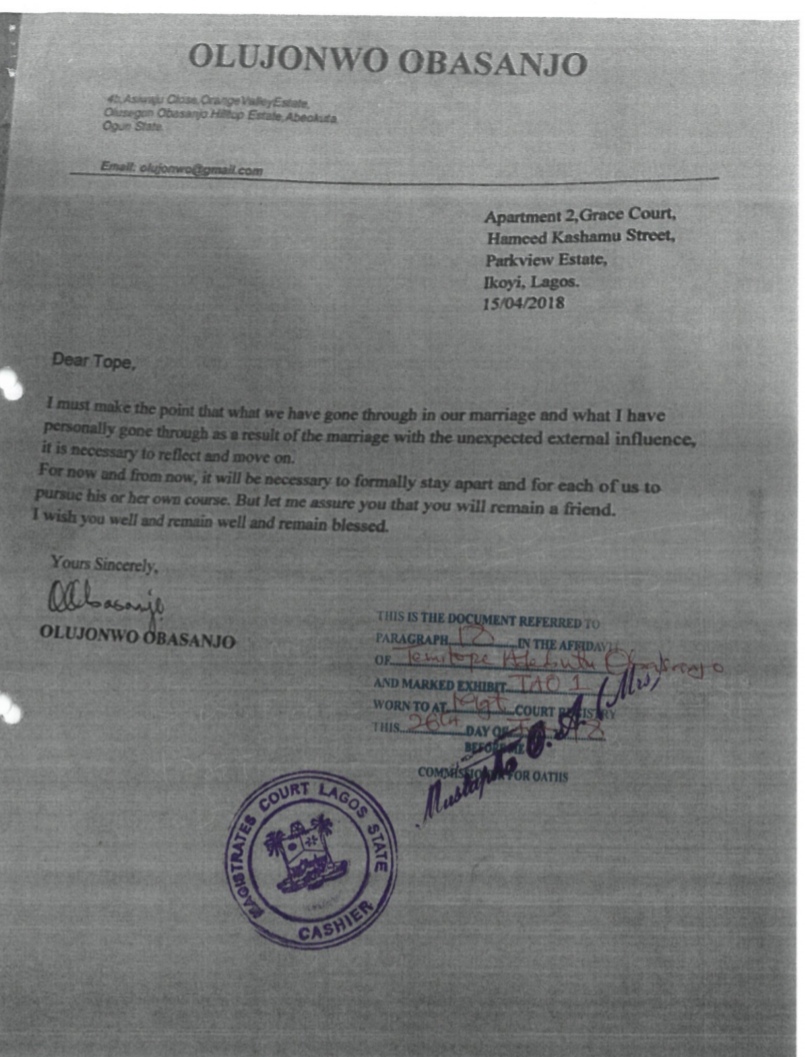 -DECEIT
-LIES
-CRUELTY
-DESERTION
-NONE-CONSUMMATION
-DRUG ADDICTION and more, were all the packages that brought down this 1 year old marriage, according to Temitope Obasanjo nee Adebutu.

It’s only in good times that all is well, nice and cosy, but when the chips are down and it is tending towards a battle, when things have fallen apart, then the common saying becomes “all is fair in love & war” and this particular saying of the sages is apparently what has seemingly become the guiding principle for Jowon Obasanjo in his current battle with his wife of only 1 year, in the person of Magistrate Georgina Temitope Adeporo Obasanjo, nee Adebutu.

When this marriage/union was constituted just slightly over 12 months ago amidst extraordinary pomp, with colossal amount of money running into several hundreds of millions in Naira spent, many never thought that even if there was going to be any form of snag which could lead to a separation, a battle of wits or even outright divorce, that it could be this quick! But alas, both parties are now at dagger’s drawn ready for the guns on each side to boom rather loudly with massive effect and both sides are not willing or ready in any way or manner to backdown! Or like it is said commonly, to take a chill pill!

The truth majorly is that, that the union even lasted all of 12 months at all, is only because Tope, the wife still had hope that things could work out somehow and therefore waited for a reconciliation of a sort, not until her husband came with the clanger, and demanded that they both go their different or is it separate ways!

Jonwo like he usually does had gone away on another of his regular ‘flight of fancy’, to unknown destinations while remaining incommunicado. The particular one being the last, was for all of 4 and half straight months (from November 2017 till March 2018), with no communications of any kind whatsoever, only to arrive to demand for a full separation! And this was without him ever consumating the union at all.

So the frustrated wife was aghast to have received a letter which finally communicated her husband’s intentions, which he had always threatened to do for a longwhile. 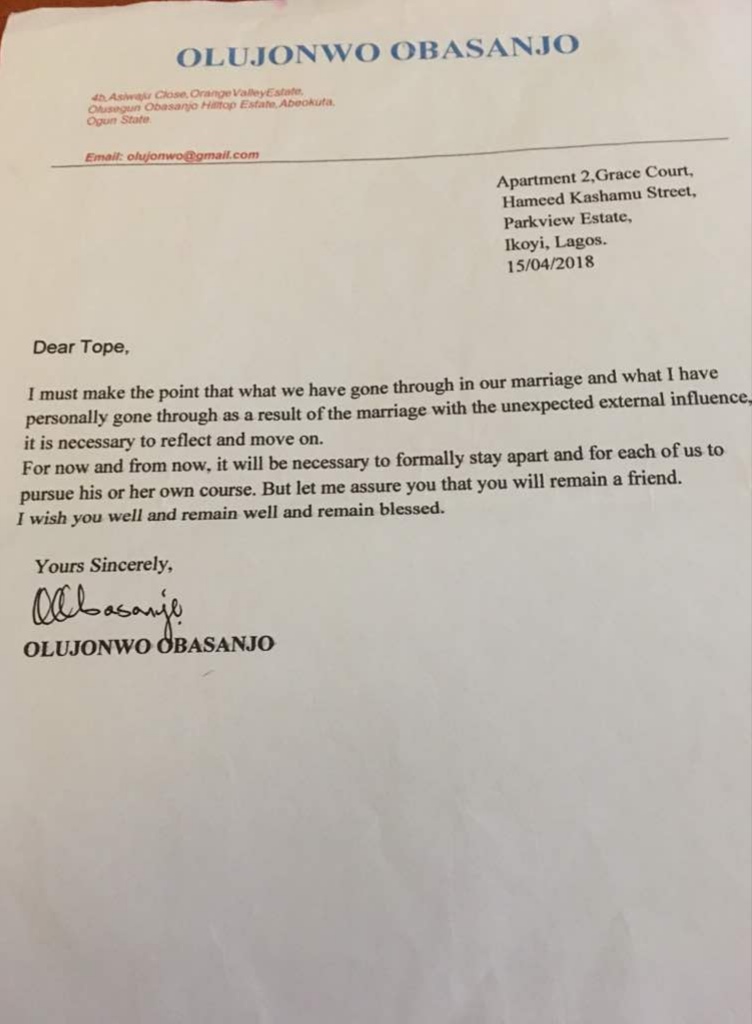 To show that he was very serious about what he had communicated in his letter and was bent on following his words with actions, he went ahead and instituted a case at the Igbosere Magistrate Court, Lagos Island with his affidavit of June 4, 2018, alleging amongst others- that shortly after the union was sealed, he suffered physical assaults from his new wife as well as threats to his life. So for fear for his life, he has askied for the court’s intervention so as to help prevent further attacks!

So in other for everyone to finally have peace, so their lives could go back to normal, so that each side could quickly pick up the pieces of their lives and mend and move on, Tope has responded and issued her own counter affidavit disclaiming all of Jonwo’s claims vehemently and in full entirety!

Mrs Temitope Obasanjo née Adebutu first and foremost has refuted vehemently any accusations of physical assault(s) and threat to life! She rather claims that instead she’s the one that has been emotional scared! Due to desertion and abandonment! And that are husband even cheated on her not long after their wedding, as he was lodged at an hotel with other women and she had to go on their planned honeymoon alone at first, before her husband came to join her few days afterwards in Monaco!

She further claimed in her counter affidavit, that all through as long as the ill fated marriage lasted, there was never a matrimonial home made available as was expected and promised as their own. That they actually only squatted in Jonwo’s room at his father’s palatial home, till the letter to go their separate ways came from him! All through the one year, there was only the promise that their home was been refurbished in preparation for them! But alas the refurbishment hadn’t finished even as he asked that they be separated.

That the union/marriage, which was heralded by much pomp and fanfare was never consummated! That even when attempt to consummate same were made, it was disgustedly rebuffed!

That Jonwo was deliberately cold, emotionally abused her with how he behaved towards her, calling her unprintable name, likes of cancer, fat, smelly etc.

She went further that Jonwo was never around, that he would disappear from home without leaving a clue about his whereabouts and without even communicating at all. That on one of the occasions of his disappearance, he was actually holed up at an address on MACPHERSON, Ikoyi where he was being rehabilitated for drug use! That even his mom accused the wife and her family of hiding her son and therefore made to be printed in Newspapers, falsehood and defamatory claims that were not even near the truth, as they never knew of Jonwo’s whereabouts, but where he was, was known to his dad and his friends, all of who refused to divulge the information to Tope.

All her claims are as stated above in her sworn counter affidavit.