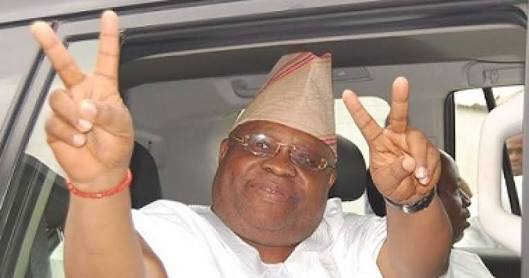 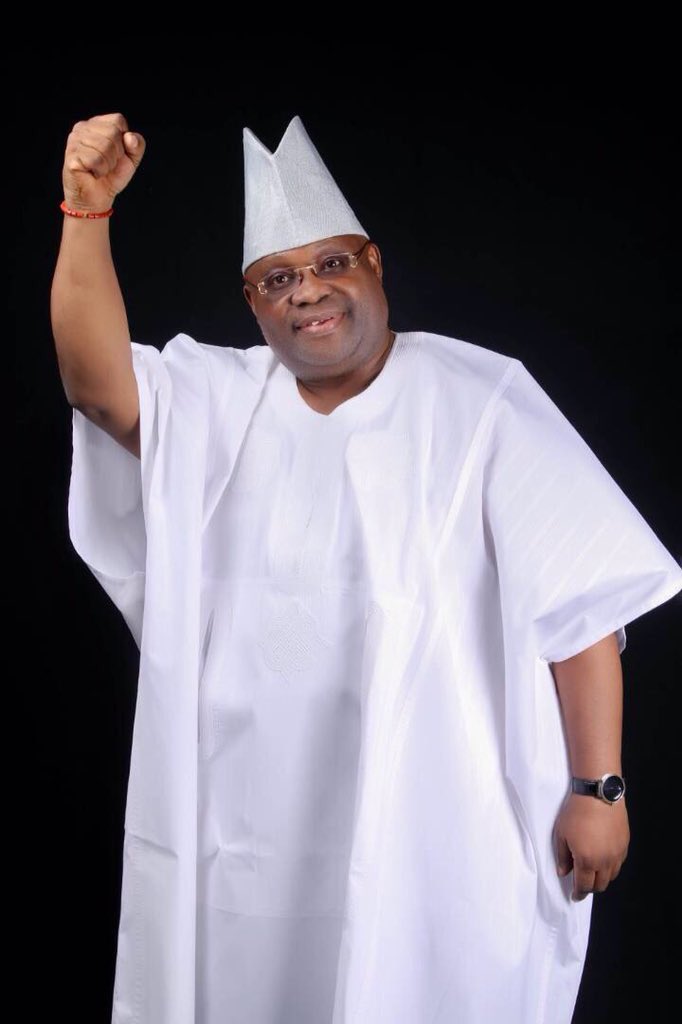 It would be an unprecedented jolly good time in the state of OSUN, if by a stroke of luck Senator ADEMOLA NURUDEEN ADELEKE otherwise known as the “dancing Senator” should emerge as the next Executive Governor of OSUN state come September 22, 2018.

We can bet that the victory concert that would take place in Osogbo or many other parts of OSUN state should he win, would be of unprecedented proportions, with him being a member of the famous Adeleke family, with Davido as a nephew and B-Red & Shina Rambo as sons. It would also be a major boost for the PDP in the SW and some kind of  pointer towards 2019.

The hilarious entertainer par excellence and federal lawmaker emerged as the PDP’s Gubernatorial candidate yesterday after the keenly contested Primary of his party in Osogbo, Osun State where he won by just a margin of 7 votes. He was declared the winner by the chairman of the Osun State PDP Governorship primary, his excellency, Governor Seriake Dickson of Bayelsa State.

Senator Ademola N. Adeleke, the current Senator representing the Osun West Senatorial district, a seat he won after the by-election to fill the vacant seat that was formerly occupied by his late elder brother Senator Isiaka Adetunji ADELEKE, won by polling 1569 votes, while his nearest rival Dr. Akin Ogunbiyi, the former MD of Mutual Benefit Assurance polled 1562, while the nearest to the 2, Alh Fatai Akinbade, a former SSG in OSUN state polled just 56 votes and Barrister Nathaniel Oke, SAN was only able to get 3 of the delegate’s votes.

Eleven aspirants had indicated their wish to contest the Primary before, only for 7 to later withdraw paving way for only the 4.

The PDP in Osun State unlike their rival the APC, adopted the delegates system of voting to chose their preferred candidate, from where Senator Adeleke has now emerged. In all, 3448 delegates were accredited out of which 3246 delegates in all voted, while 56 votes were voided.

The 56 year old indigene of Ede, a graduate of Criminology from Jacksonville State University, Alabama, USA is the younger brother of the late former Governor of Osun state, Senator Isiaka Adeleke aka Serubawon. His other brother is billionaire businessman and dad of award winning pop musician Davido, in the person of Deji Adeleke. Senator Ademola Adeleke’s known sons are the popular B-Red & Shina Rambo.

With the emergence of Senator Adeleke, it’s now a straight 3 way battle between 3 juggernauts representing the 3 most popular parties in the state, namely APC, PDP & SDP. APC’s Gboyega Isiaka Oyetola from Iragbiji vs. PDP’s Senator Ademola Adeleke from Ede vs. SDP’s Senator Iyiola Omisore from Ife.

The next few weeks in the State of OSUN would be very interesting as these 3 unique fellows go all out to outwit each other in their quest to become the next Executive Governor of the State of OSUN come September 22, 2018.

WHO IS AFTER THE SAYAVETH INTERIORS BOSS TO CLAIM HER MARRIAGE HAS CRASHED???
GBOYEGA ISIAKA OYETOLA CHIEF OF STAFF TO RAUF AREGBESOLA & COUSIN OF THE NATIONAL LEADER APC EMERGES APC’S OSUN GUBERNATORIAL ASPIRANT 2018
Comment