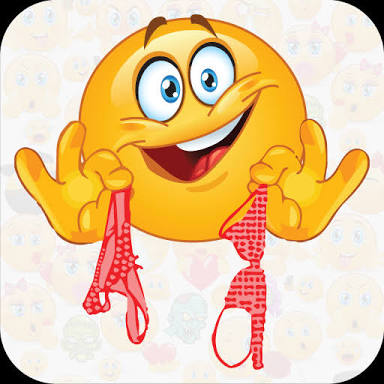 We can bet that by the time this our young lady is done in her saga, she’s most probably going to be a super duper rich lady, just by virtue of how she’s going about her business now.

Since after that her celebrated disastrous union to that her bald headed, ebony skinned, well muscled and quite well endowed beau went kaput, it’s like she had made up her mind, never to be held in bondage by no man no more and to go all out every which she can, to make it. Her means to be a resounding success is by any means necessary, so nothing is like off limit for her. Including playing with the hearts of the men of means and caliber.

According to our findings, her number one role model is Kim Kardashian! And her ultimate dream is to rival that unrelenting queen of the social media, whose family saw an open opportunity in America and have used it well and that opportunity is what has made every member of that family, millionaires that they are now, with the last born Kylie, even expected to become one of the youngest self-made billionaires sometime soon in the future. Kylie’s cosmetics empire believe it or not is presently valued at close to a billion dollars, nearly triple that of her elder sister Kim and it all began with just being on display for just about anything and everything.

So this our somewhat over the top young but looking old  gradually lady moved from that “very well known Government official”, that loves clandestine love affair so well, who we even just spoke about quite recently to that old Yoruba oil dude by the initials ‘FF in his 70s’, renowned for 1, owing a colossal amount of debt to the banks, debt so much so that, the banks have to treat him so softly or else and 2, for owning probably the most humongous edifice somewhere in Ikoyi, known as billionaire’s lane where former Vice-Presidents used to stay at, whose kids had to warn off the young blood before she had to relent somewhat. Our young lady from news reaching us now might have gone another step up again and her now heartthrob is another oil billionaire majorly based in the Federal Capital.

This our new man, owns the brand that has the first alphabets of his 2 names repeated as the name of his brand. He is of a slight built and from one of those states with the K that do not know whether they are part of the SW or from the North. In fact the state he is from is that one where that other jester in politics, the future award winning lawmaker/actor is from.

According to our findings, this dude ain’t ordinary in anyway or manner at all, apart from the fact that he is mind-blowingly wealthy, he is also renowned for being fetish to the core. According to our little findings, she was packaged for this made dude by a lady of Northern extraction, whose name we would keep for now.

As expected of dalliances with the super duper rich like who our subject is, money is the last thing as it is in over abundance. So our somewhat smart madam is just moving from one level of expansion to another and we can bet anything on it, that once you have begun on this note, it’s not easy to come down again, that’s because what would the younglings be offering you, except for bedmatics or crowd pleasing.

Like they say in that realm, who fine boy even help self? Maybe the next course of action would be to look for a young f#@cboy, like they call them, to help become a baby mama, not held down by anything, only needed for the production of a child and that’s it and madam can just go on to be whatever it is, she wants. Enjoying the best of both worlds, Chikena!!!