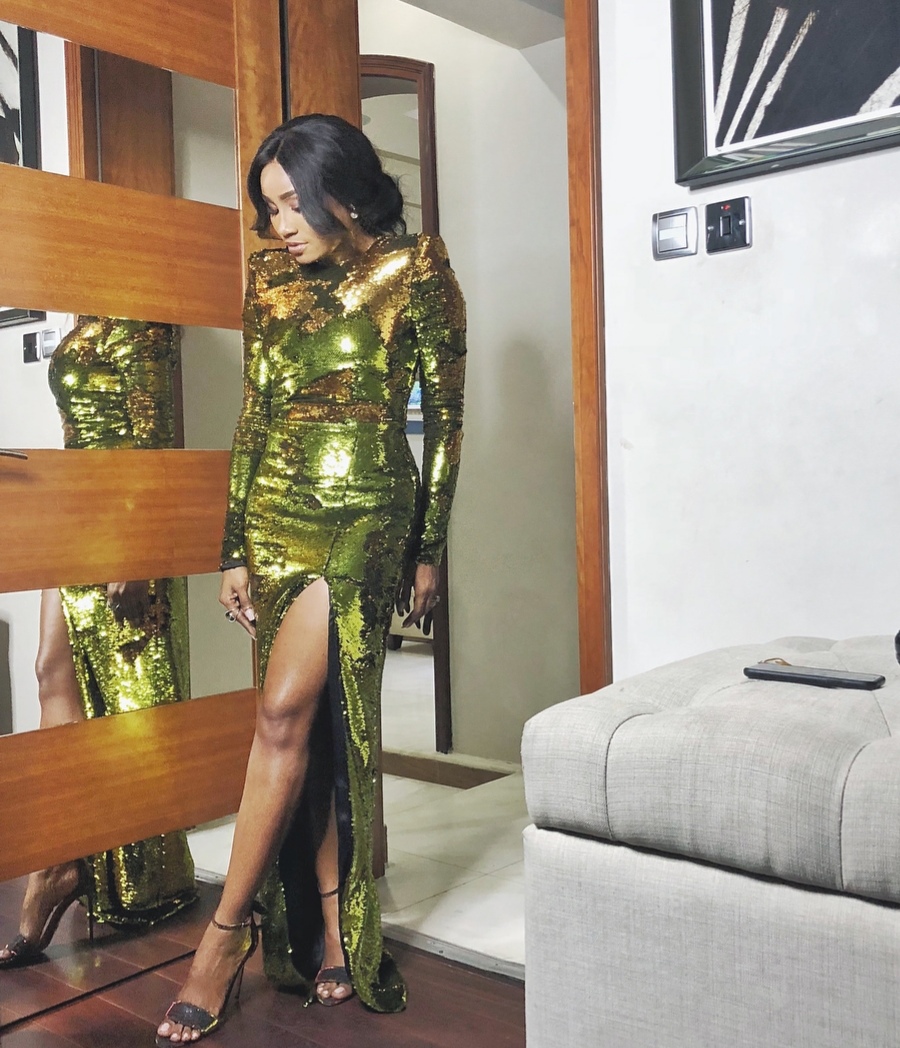 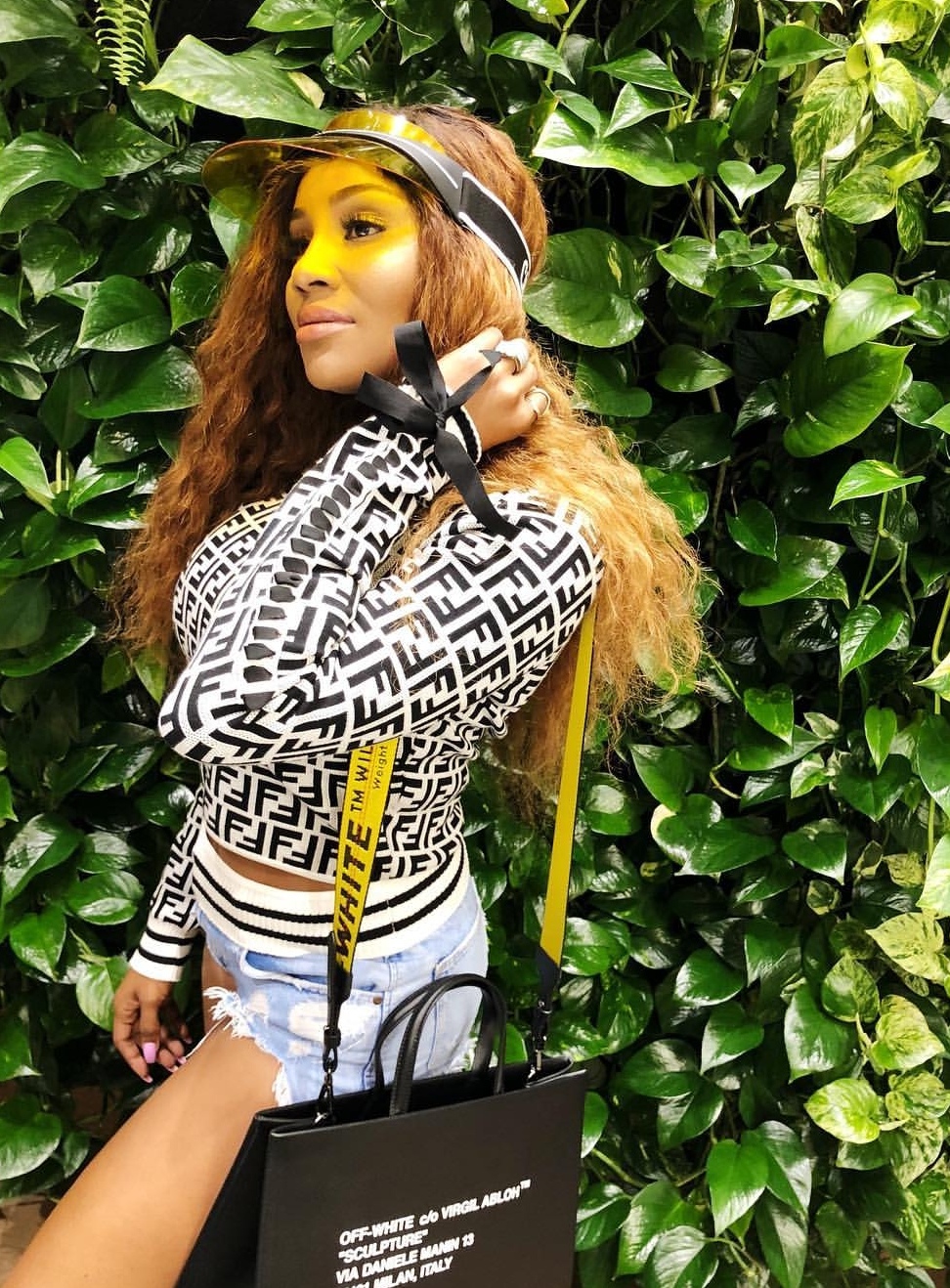 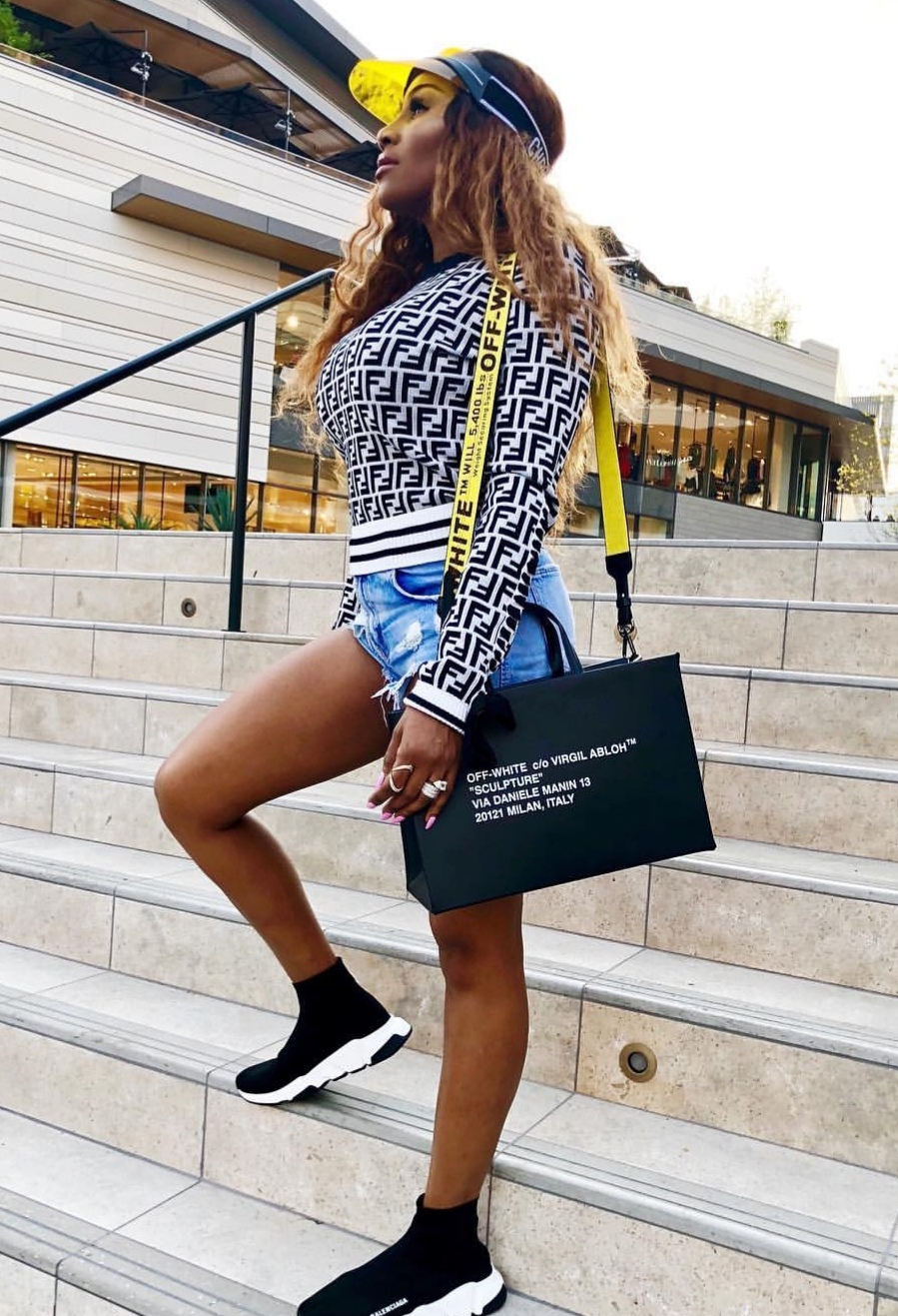 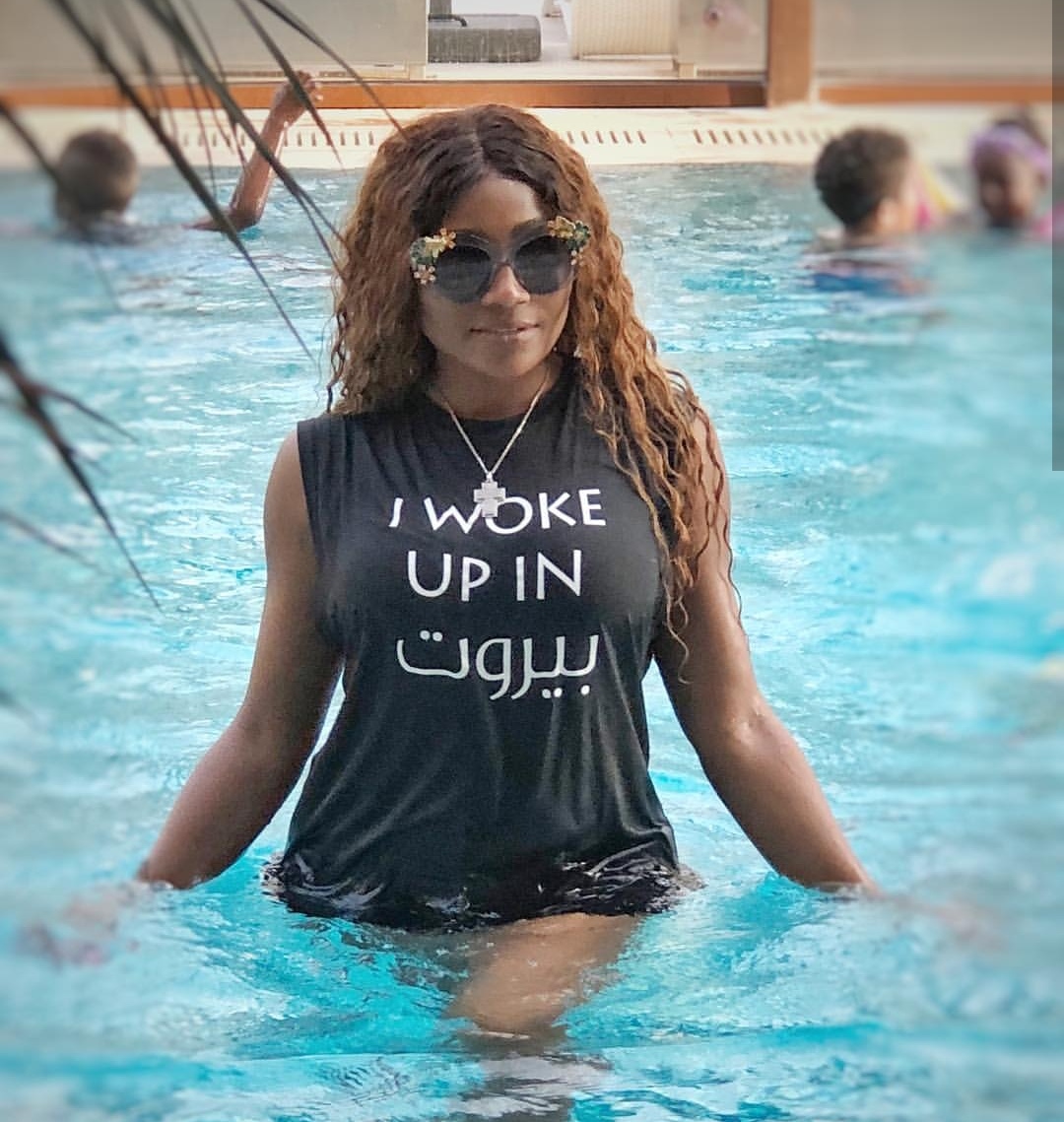 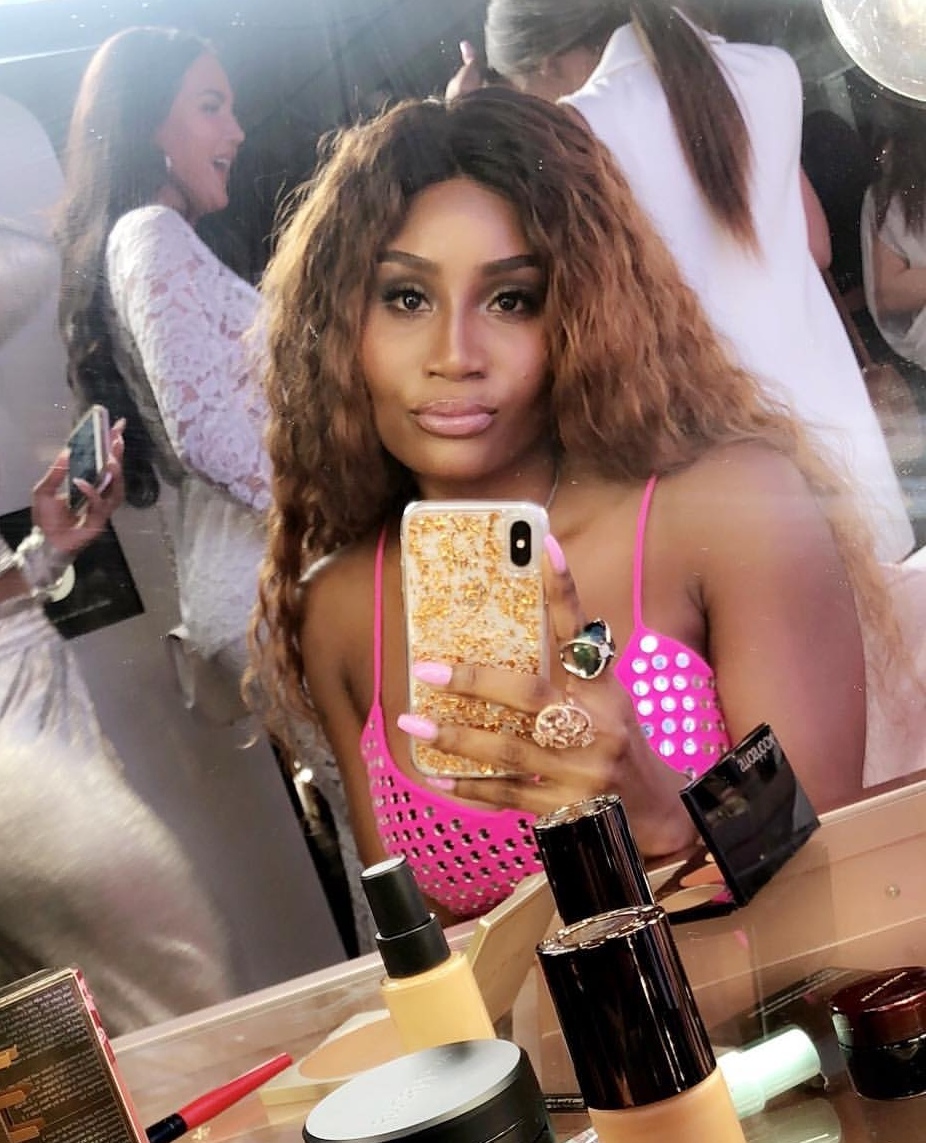 We think Abisola Kolapo-Daisi operates only via a code or should we put properly via a particular, time honoured mantra, that “if you work hard, then you are allowed to play hard too”, which very well connects to another time honoured saying that says “all work and no commensurate play, makes Jack, in this case Abisola a dull babe” and from all indications, Abisola ain’t no slouch at all, neither is she dull in any way or manner.

So at every given opportunity or moment that she gets, she doesn’t for any reason whatsoever, compromise on her well-being.

It’s obvious that takes her vacation or relaxation time very very seriously. Ever ready at the drop of a hat to indulge in good dose of therapy to unwind and get the mind ready for another great business opportunity that comes her way.

Though her dad’s reign as the Executive Governor of Oyo State, where he has blazed the trail is gradually winding down, emerging as the 1st Governor ever in the history of the state to win a 2nd term, something that was an “impossicant” before! Abisola has held us spellbound all through, with her style, gorgeousness and her entrepreneurial sass. It must be very well understood though that, Bisola’s shining didn’t just start now or even when her dad became a Governor oooooo, no oooooo not at all, far from it. She was already a rising star, a shinning star at that, already on the projectile before her whole family came into the limelight, having being0 a friend to the friends of the number 1, American TV reality series stars, the Kardashains. So no be today oooooo at all!

Abisola Abiola-Ajimobi as she was known then before she got married, had been representing since her days in Anerica and she continued after she got married well too, to one of the sons of the  well known and well respected, Ibadan multimillionaire businessman, Chief Kola Daisi, in the person of the suave and handsome investment banker, Kolapo Kola-Daisi.

For many who might think Abisola is just sitting pretty and just enjoying the largesse of being the daughter, the first child at that of a 2 term Governor of a state (maybe going back to the Senate after his reign), who incidentally before his ascendancy to the seat of Government, was also a Senator of the Federal Republic of Nigeria, who before that itself, had risen to the pinnacle of his career at a well-known Oil and Gas firm, they might have to have a rethink. This is so because, Abisola is an extraordinary goal-getter and a very hardworking businesswoman, who is just very stylish and in your face too.

Apart from the fact that she owns one of Lagos most happening lifestyle store, stocking and selling some of the most sought after brands in female shoes. In fact, her well appointed store in Victoria Island by the name Florence-H located on Shehu Musa Y’Adua, can rival any of the top stores that does the same things abroad, either in Paris, London, New York, Monaco, Rome or Tokyo! We mean very well that when you are in the store, you are immediately transported like you are in one of those international stores abroad. That’s not all, Abisola also owns a very well-planned, well-thought out, very well appointed, very well stocked supermarket, on 2 floors in a whole building on Fola Osibo Street, Lekki-Phase 1. You are too sure to get anything you desire for at this well-stocked supermarket. And It does not just end there, as she is also a part of her sister’s (Bimbo) standard bakery too, though not much! But from all indications, she also owns her own very private event and lifestyle brand, that brand put together during the year her first ever luxury lifestyle market fair, which was an outstanding success! It still does not end there, as we heard that Bisola’s brand handled her younger brother’s out of this world’s billion Naira wedding, which got everyone salivating and saluting for an impressive job well done. It was class and distinction all the way during the many days occasion. From Kano to Ibadan, it was topnotch and everything worked out perfectly, at least that supported the saying that “good soup na money kill am”! From all indications she must have made some cool money from handling that event alone, which had 2 Governors and their families uniting in holy matrimony!

And from information we could still gather, all the businesses we have mentioned are only the very public ones, we hear the quiet and quite shrewd businesswoman might still have a hand in some other quite interesting and money making pies too, that might not be known or thar are yet to be unveiled.

So know now, when you see Abisola lounging or luxuriating, or having some very exclusive fun me time, at some of those spots you dream of going to or when you see her decked top to toe, from her head to her heels in some of those outfits that makes you want to eat your heart out, know very well also that she’s worked so hard for the money (singing in Donna Summers voice), so you had better treat her right and not speculate unnecessarily. What we know for certain is that Abisola is a fashionista and style maven to the core and maybe a bit restricted in fact by the fact that she’s the daughter of a serving Governor. That fact alone might not have allowed her to soar like a free bird like she would have wanted. One thing we can tell you for free also is that her jewelry game is not for kids at all, although not for her the vulgar outlandish and in your face ones, that shouts at all to see and bow, but those who knows know the real real and the authentic McCoy.

To round it all up, believe it or not, Abisola is a serious, very prayerful Christian, following after her mom’s faith as her dad is a practising Moslem. 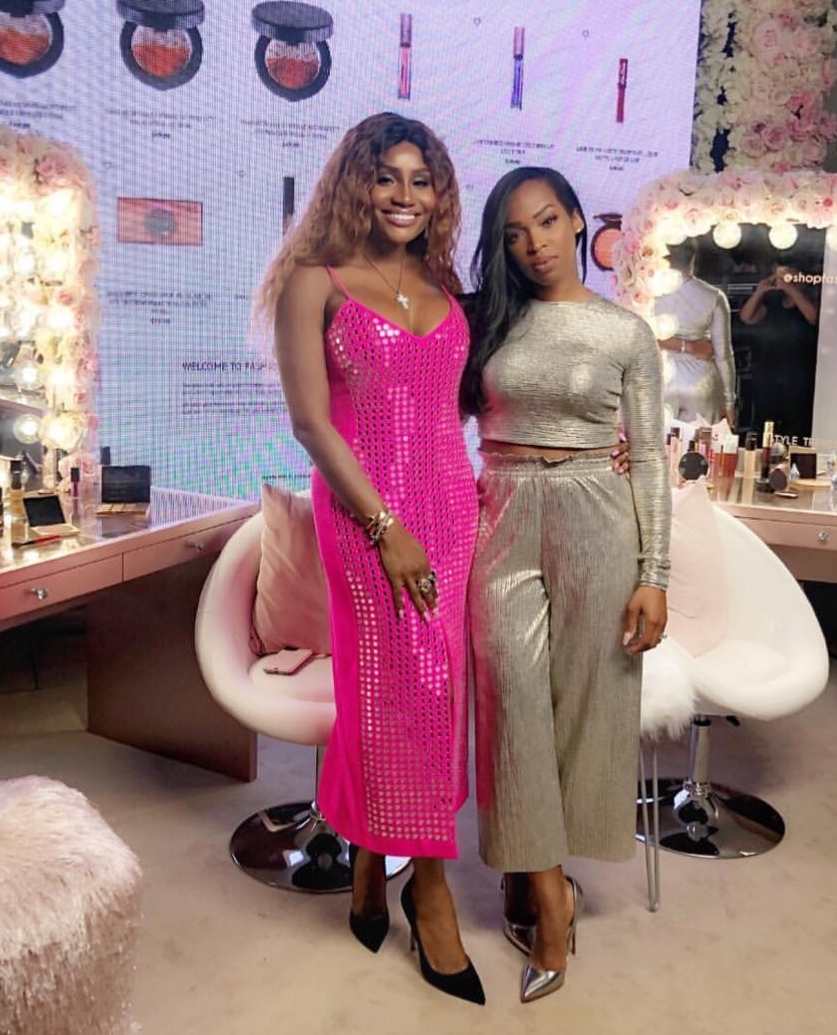 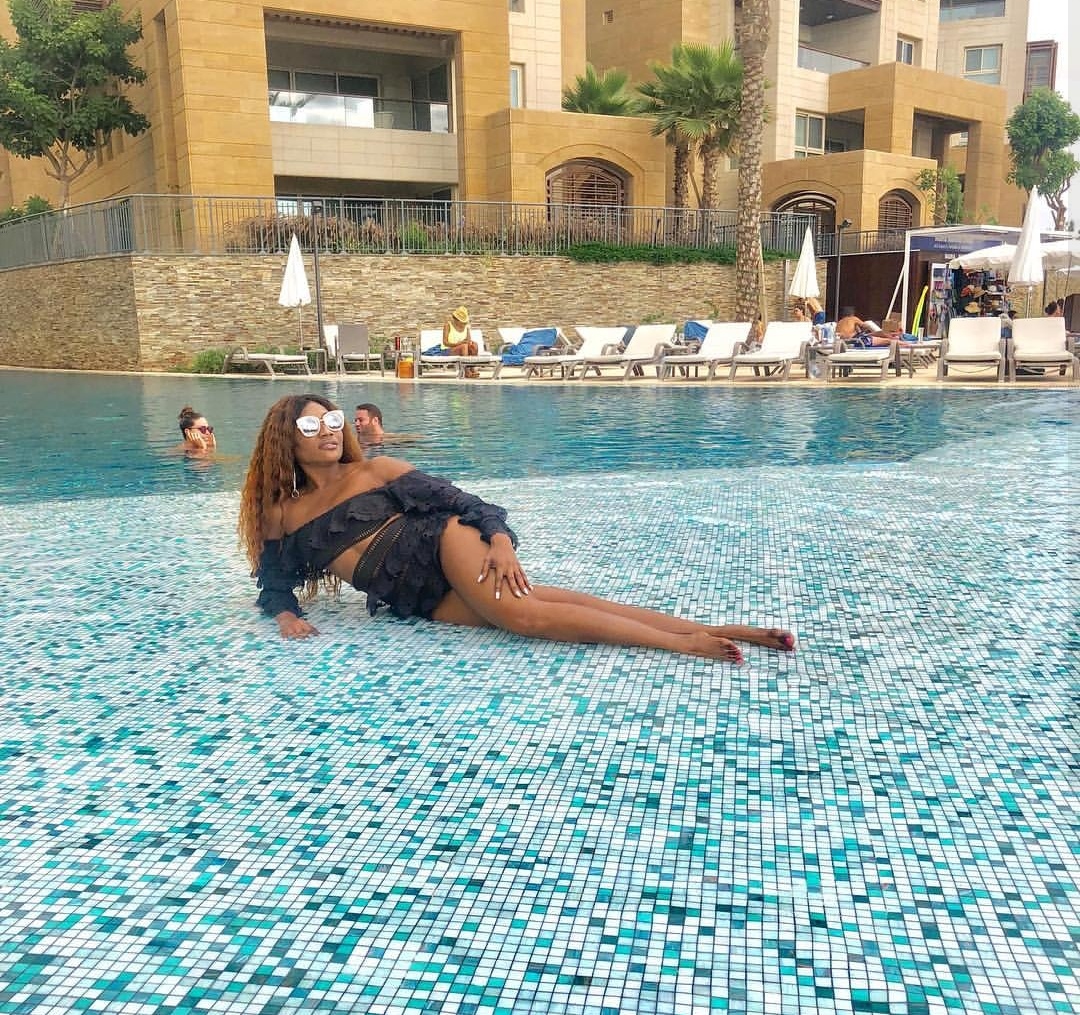 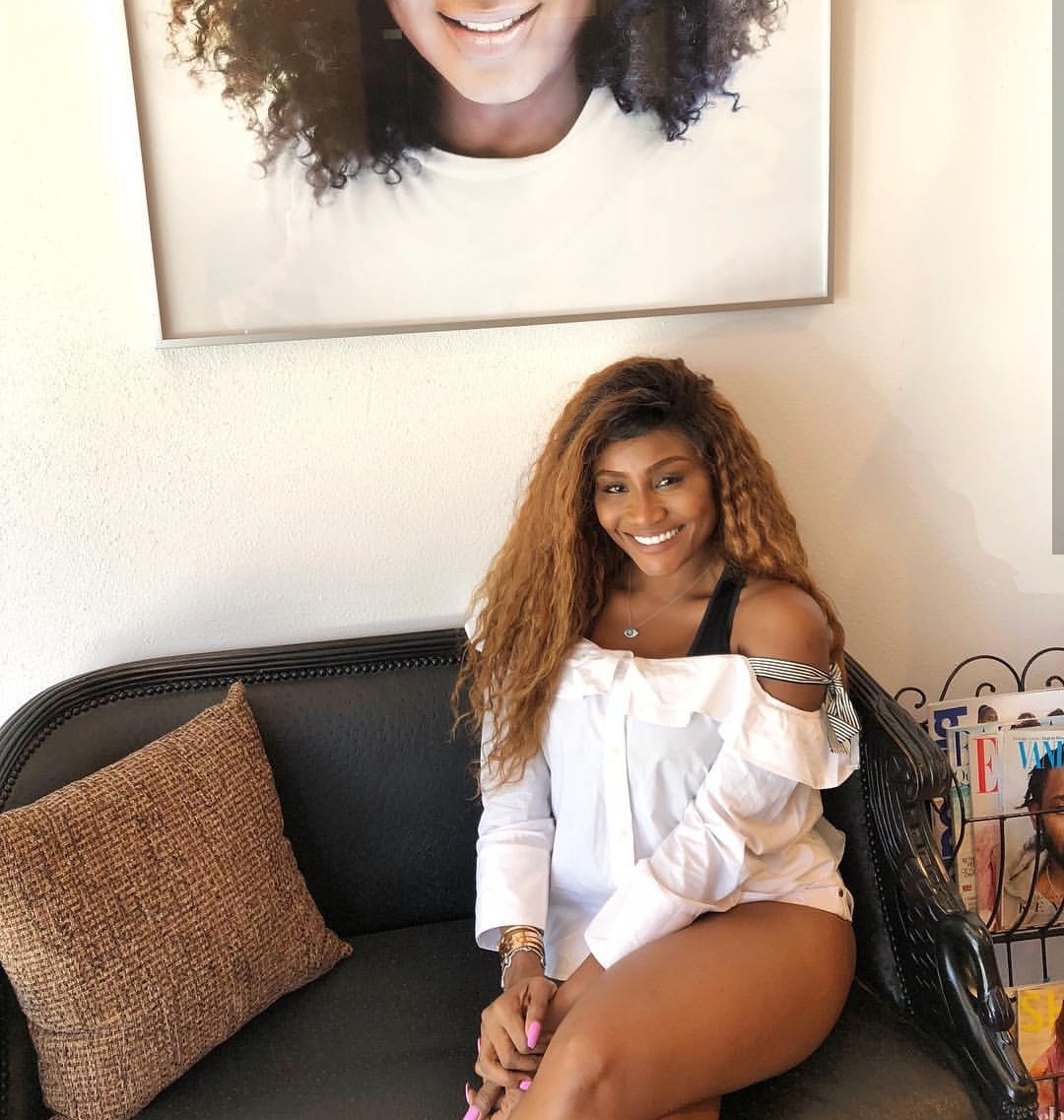 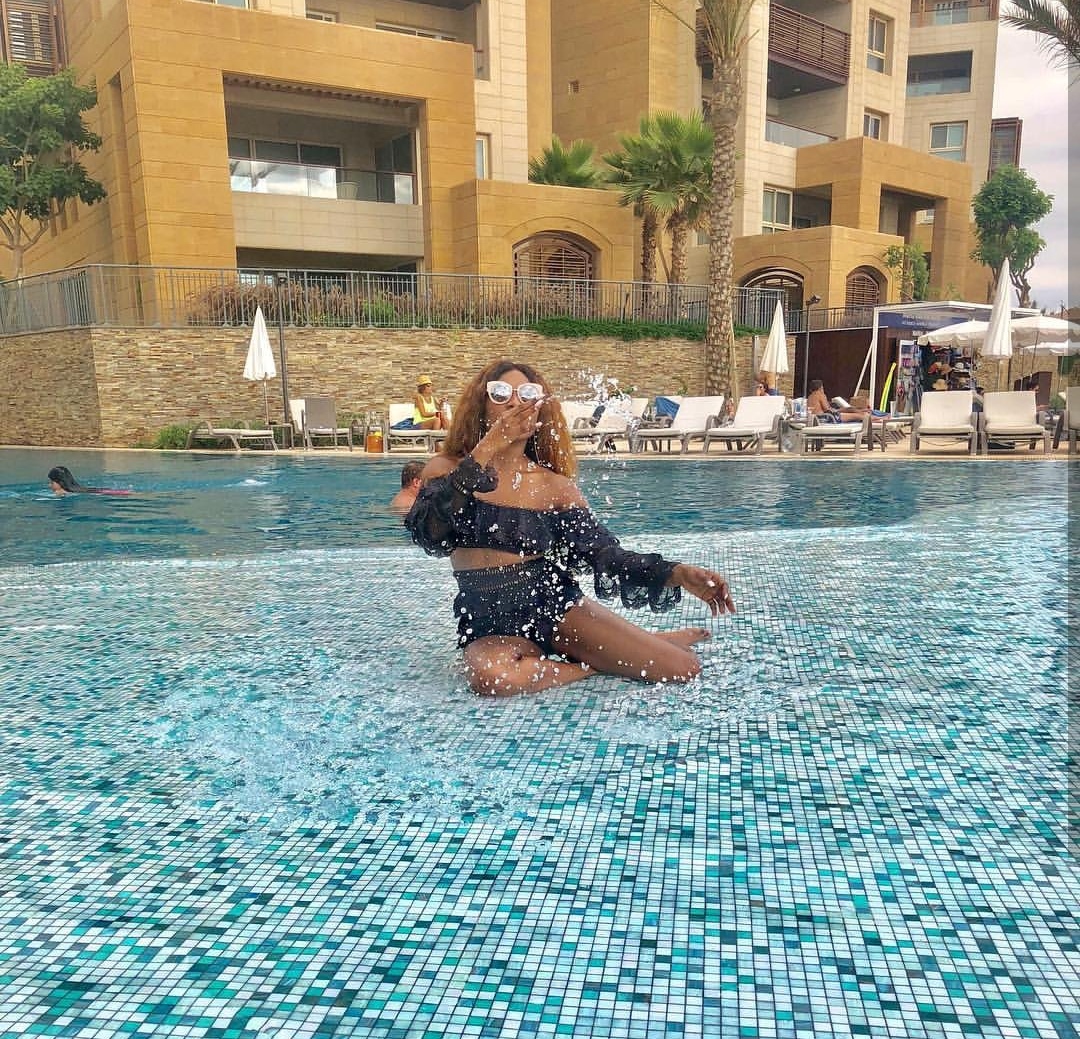 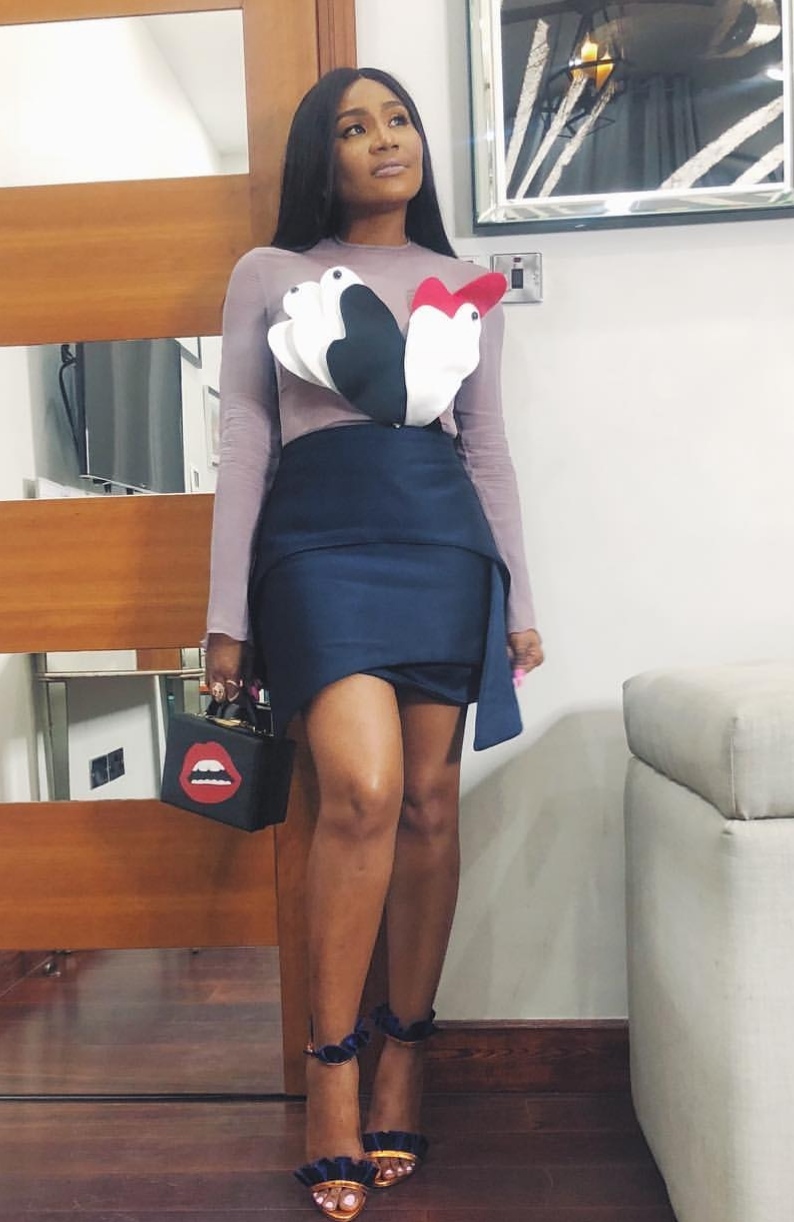 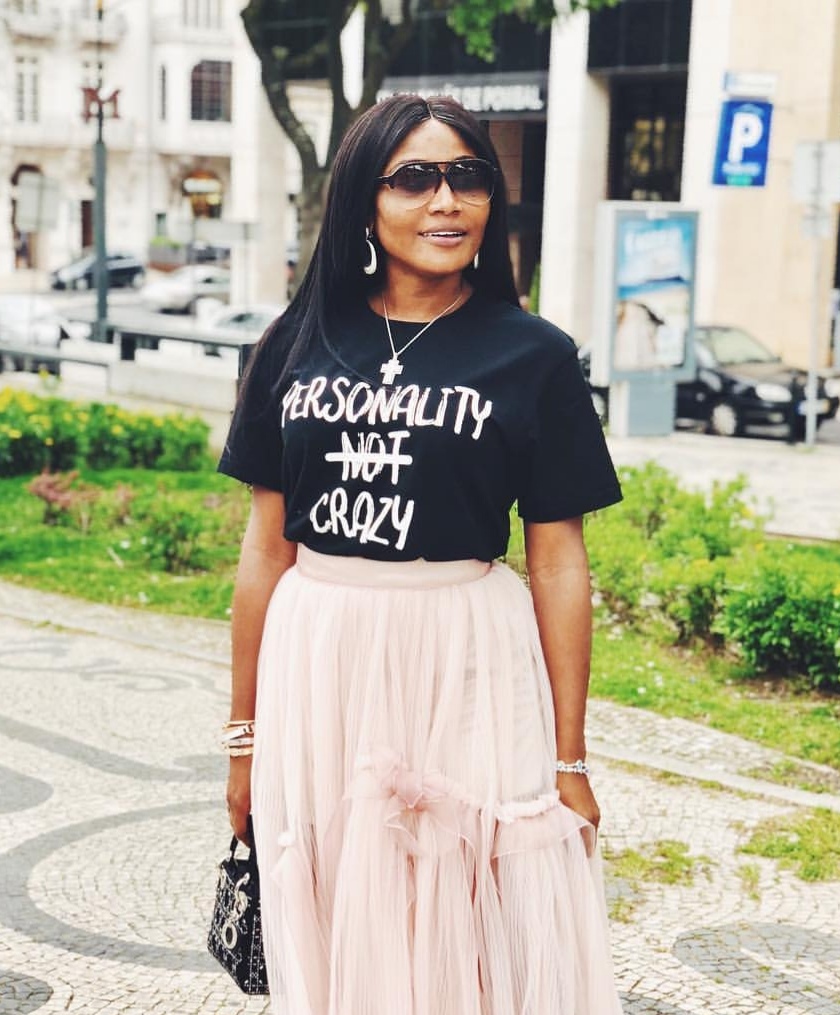 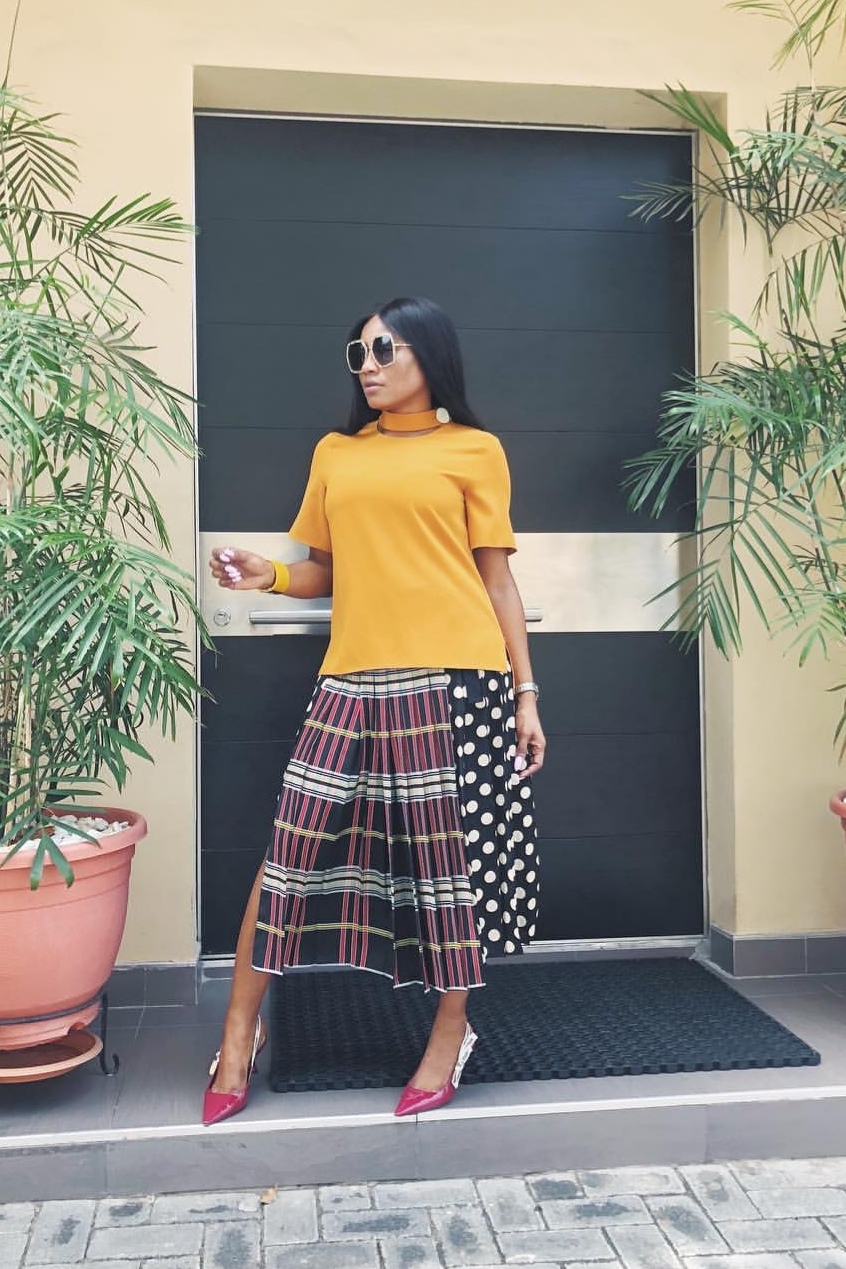