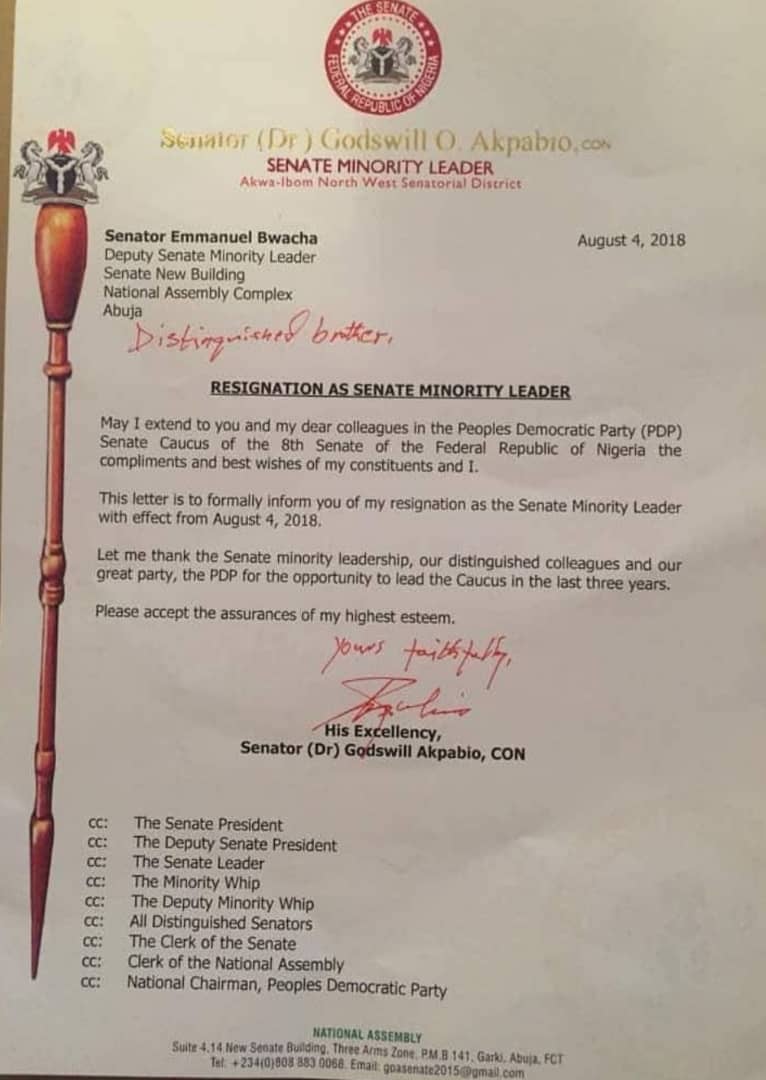 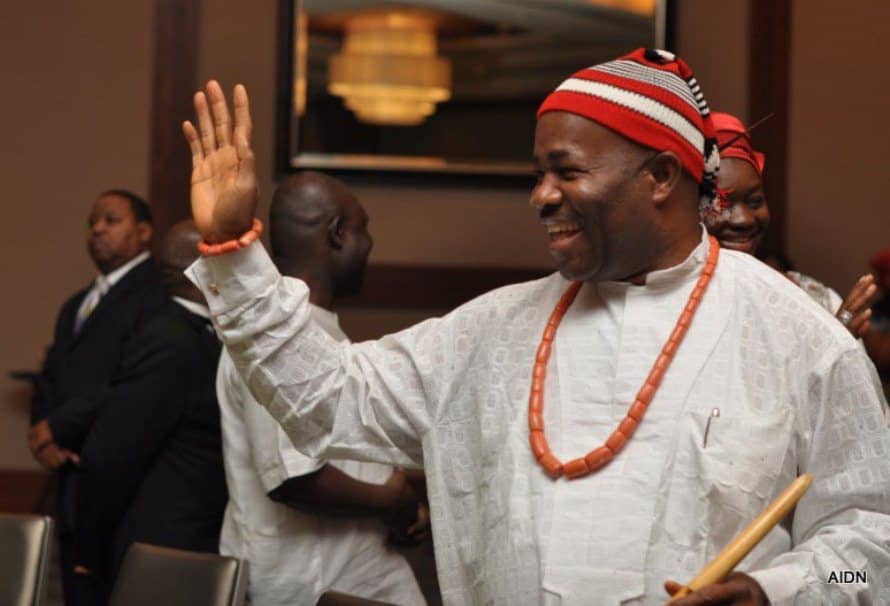 From all indications now, it looks for certain that there’s no going back on his decision to jump ships no more. It’s obvious that the die is already cast. That’s talking about the erstwhile Senate Minority Leader, Senator Godswill Akpabio.

Many, especially members of the PDP and those he was very close to were still hoping against all hope, that the whole defection affair might have just been a nightmare dream that they were having and that they would soon be jolted out of their deep and uncomfortable slumber to a new day to see that it was all a lie, but alas, the reality check now is that, the former 2 terms Governor of the oil rich Akwa Ibom state, who is said to have done a massive and excellent job while he was  Governor, is most definitely going to dump the PDP come tomorrow!

So towards his move to officially defect at a ceremony planned for tomorrow, Wednesday, August 8, 2018 in his home state of Akwa Ibom, Senator Godswill Akpabio has tended his letter of resignation as the Senate Minority Leader of the House of Assembly in a letter dated, Saturday, August 4, 2018. The resignation letter was addressed to his former deputy, Senator Emmanuel Bwacha and it reads thus-

May I extend to you and my dear colleagues in the People Democratic Party (PDP) Senate Caucus of the 8th Senate of the Federal Republic of Nigeria the compliments and best wishes of my constituents and I.

This letter is to formally inform you of my resignation as the Senate Minority Leader with effect from August 4, 2018.

Let me thank the Senate minority leadership, our distinguished colleagues and our great party, the PDP for the opportunity to lead the Caucus in the last three years.

Please accept the assurances of my highest esteem.