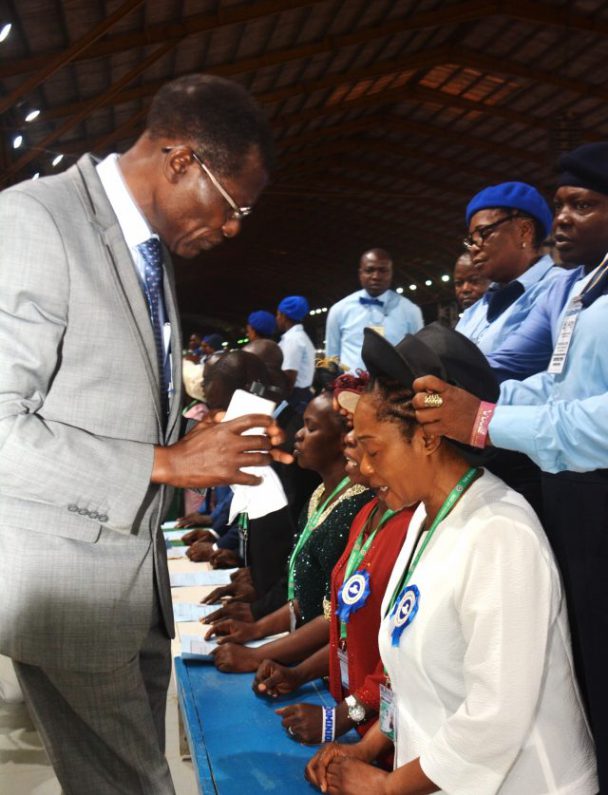 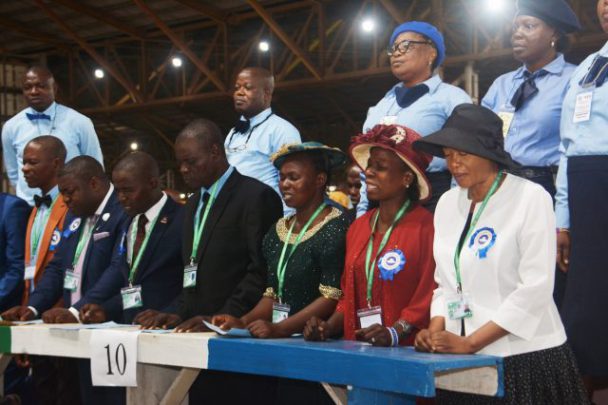 Lawmaker representing Lagos Central Constituency and the wife of the National Leader of the ruling APC, Asiwaju Bola Ahmed Tinubu, in the person of Senator Chief Mrs. Remi Tinubu, 58 is now an ordained Pastor (Assistant Pastor) to be more precise of the Redeemed Christian Church of God better known as the RCCG. So henceforth, she can now either be addressed as a Pastor or can affix the title or tag to her name.

The Erelu Aare-Ago of Egbaland and Yeye Oba, that is King’s mother of Kweme Kingdom in Badagry, Pastor Mrs. (Senator) Oluremi Tinubu, OON was one of the over 3400 that had their ordination at the on going 66th annual convention of her church. The convention is a yearly event where all RCCG members from around the world gathers. The ordination was performed by the Assistant General Overseer of the Church, Pastor Adewole Haastrup.

At the event to witness his wife’s ordination was the Asiwaju himself, the Jagaban Borgu, Senator Bola Ahmed Tinubu.

VONNE COUTURE’S YVONNE NWOSU ADDS A YEAR & SHE’S ON TOP OF THE WORLD!
ON AKPABIO’S DEFECTION! THE DIE IS CAST AS HE RESIGNS AS SENATE MINORITY LEADER
Comment