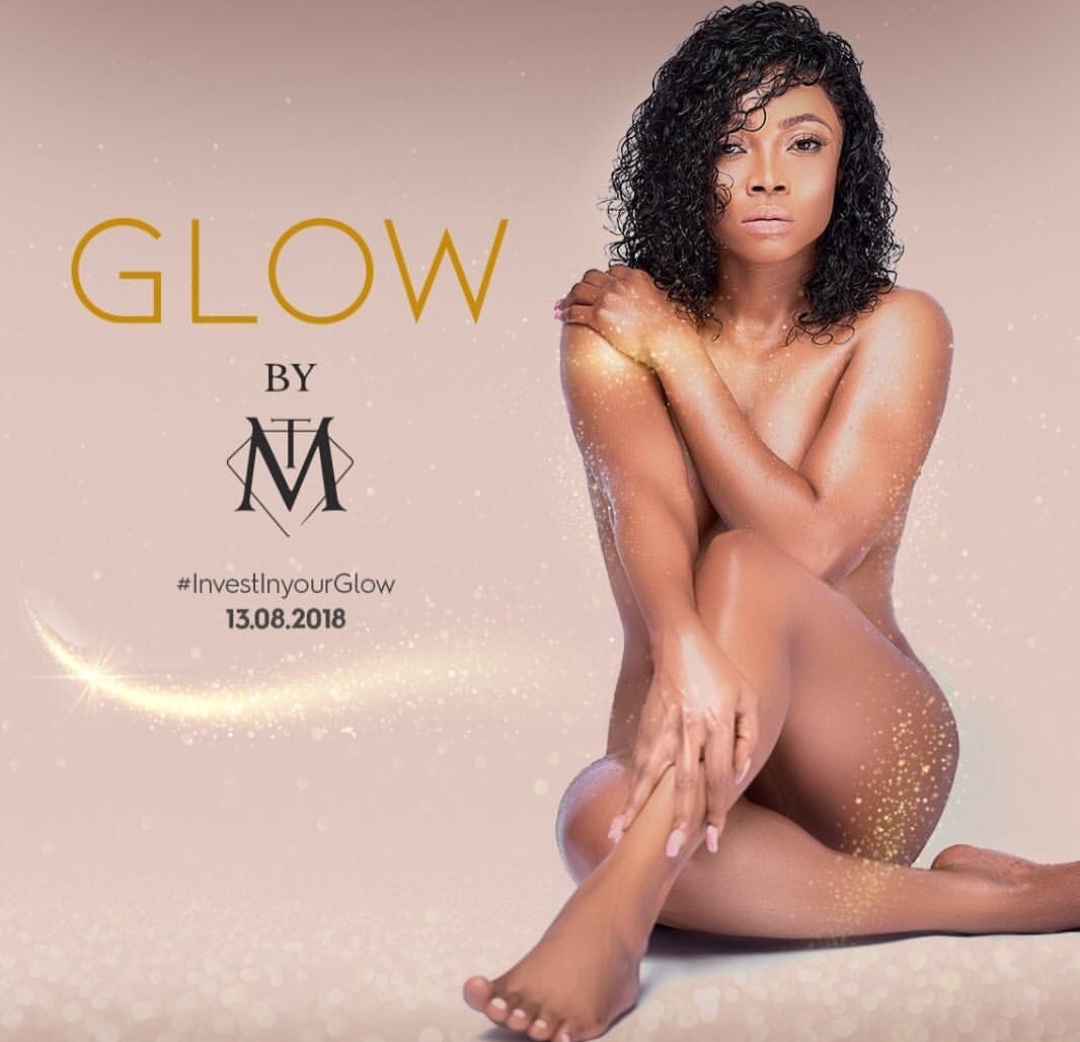 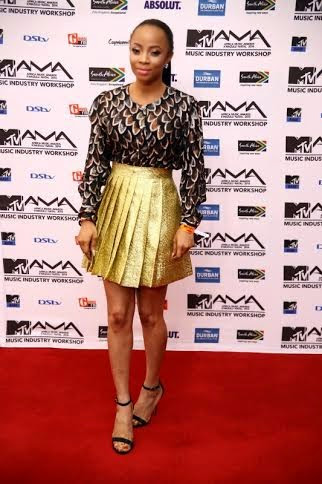 We didn’t want to say anything before, even though we had seen the beautiful picture of the super gorgeous, totally delightsome and ultimate fashionista Toke Makinwa in her stunning nude glory, displaying her exceptionally flawless skin for all to see and salivate on. Thank God that at least nothing private was peeking out in anyway. So it can very well be considered a very tasteful pose and picture and not vulgar in anyway or manner.

We were going to be quiet about it all, letting sleeping dog lay comfortably, without shaking any table or rustling any feather whatsoever, until someone sent the picture to us and captioned it as “the hussle is real ooooo” and that immediately got us thinking.

Yes we had seen the picture and didn’t think too much of it, reason been that why disturb another person’s hussle really? We have always been a firm believer in self expression. You own yourself and however you decide and desire that you want to portray yourself is nobody’s business, period! At least even if she was naked, it’s no one else’s body!!! Na your boobs or na your vayjahjay????

Going at it a bit deeper though. Even the scriptures, which is the guide for Christians is also greatly in support of 1, Self expression and 2. is greatly in support of labor and wages. Like it says and we are not quoting it verbatim here, that whatever it is that you find in your hand to do, do same with all your strength and with all purpose. It then went on further to buttress the point by saying a worker is deserving of his/her wages, then went on further to say he/she that doesn’t work deserves not to eat. So all of the above just says it that, whatever it is that’s positive that you have found to do as work, you deserve the commensurate pay from it and therefore none should begrudge you! So if Toke has found a worthwhile venture to indulge in, especially that type that’s bringing her good wages and contentment, please go haywire with it abeg, not minding whose ox is gored! If in the course of it or at the end of it all, she becomes a spectacle, that would at least be good for us onlookers or spectators to ogle at for fun, no big deal! And if you haven’t forgotten that time honoured saying of the sages, which clearly says that “the end justifys the means”, so it’s not about the start or how it started at all, but more about how it ends! Remember that Kim Kardashian West, turned an embarrassing sextape into the foundation of what has now become more than $350 million dollars worth and she also got her Kanye West too as a total package!

For those blaming Toke and raising up the religion/religious flag, what if she had discussed the issue first and foremost with her god and he had no issues whatsoever with such an expose? Secondly what if her pastor or man of god who she might have informed about it or that she has direct access to sees the expose as a none issue? Thirdly, what if she herself see the whole thing as a none issue, especially her conscience sees nothing wrong with the issue? Fourthly, what if those she counts as important and those are the only people of value to her, see nothing whatsoever wrong with the picture or expose? On the Fifth and last count, how in the world does it concern anyone, what an ‘adult’ does with her own life? Imagine that someone raised the issue of getting married, and our answer to that straight forward is, are you Toke? Whoever is going to marry her, naked or not, warts or no warts, that person would not necessarily care! At least we all live in this same world where it has been said over many centuries now that “Love is actually blind”, even if it’s not totally blind in some cases, one of the attributes of love is that, it forgives a multiple of sins, so showing naked body if its a sin of any kind in the 1st instance, would also be forgiven too!!!

We live in a small world now, where distances do not exist no more. We copy cultures and traditions like there’s no divide whatsoever. To do the kind of picture that is raising that bit of hoopla is nothing whatsoever in those climes that we love to copy, so why copy some things and not copy it all? At least it’s not yet a Playboy shoot!

In Toke’s defense, if in 2014 she was still metamorphosing and looked like she is on that 2nd picture at the music award of that year, and now in 2018, she has actually finished her evolution and she is now this hot and stunning and a formidable role model now, what stops her from flaunting what she’s got? Which is what she has actually done with the nude shot, that might not actually be fully nude in the real sense!

So check out the before and after yourself, all in just the space of 4 years. So if one can afford to look this good, then kudos dear, have your fun.

You deserve it, absolutely.