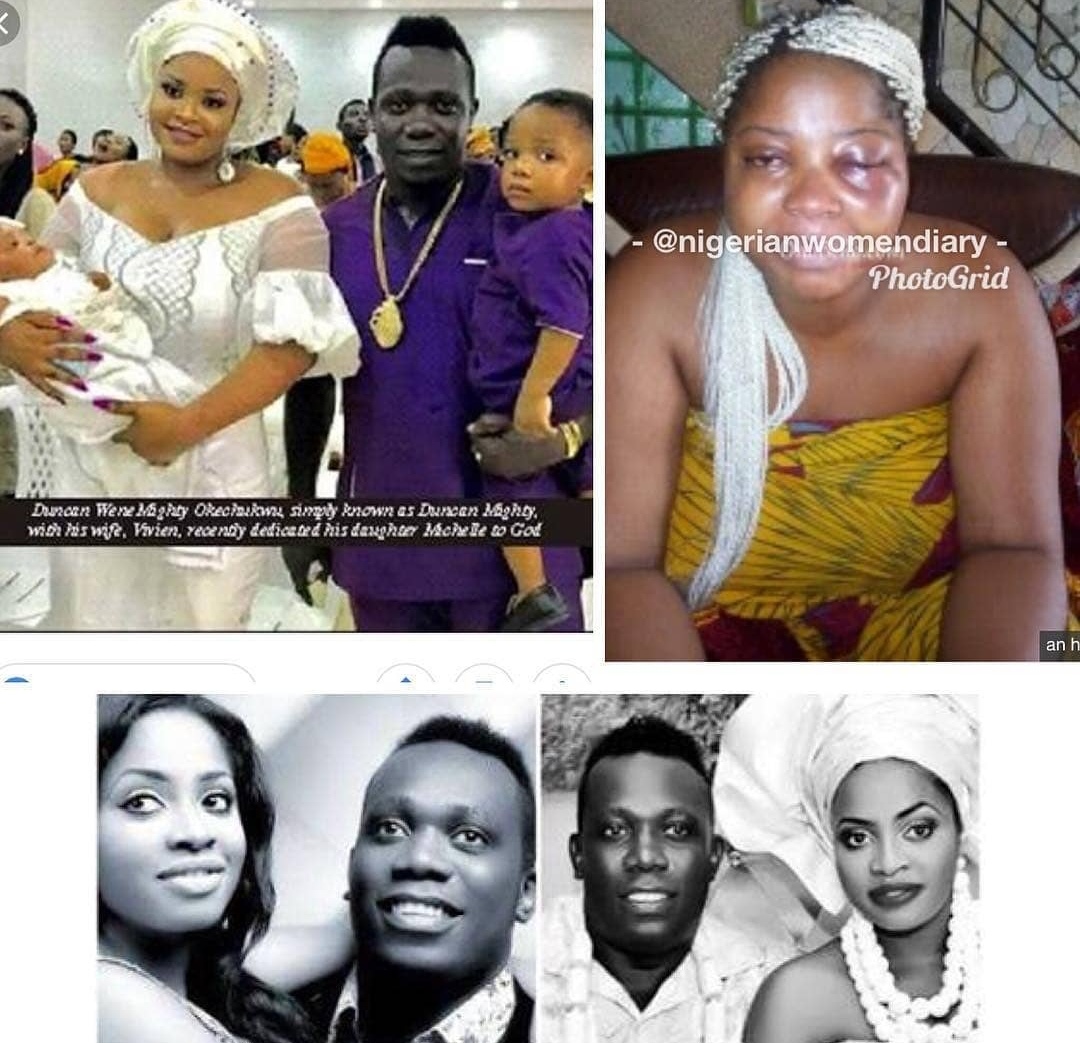 Not the very best of time for one of Nigeria’s hottest crooner the self-acclaimed Port Harcourt 1st born right now. The South-South based musician known to all by the name Duncan Mighty, would need a lot of explaining to do if the alleged claim made against him is anything to go by!

According to some online media platforms (not Maestro’s Media) it is been alleged that he recently pummeled (and normally pummels) his beautiful wife to stupor and submission. If the pictures bandied around are truly those of his beautiful, then the dude who is enjoying so much attention again due to his back to back hit collaborations first with Wizkid titled Fake Love, which has experienced unprecedented favour and airplay, getting commendations from fans and colleagues alike, which he then followed with another hit banger titled Lova Lova with the dame of the moment, that’s the one and only Tiwa Savage, then very good explanations would be needed.

If it can be proven that the lady so beaten and disfigured is truly his wife, then Duncan might have a case on his head and some answering to do! But on the other side, if the alleged beating and expose is just a fake news, then the purveyors of the falsehood might be in for a major storm from the musician.

According to the story though, the expose came about to show that he might not necessarily be as gentle as he looks, but more of a skilled boxer who could have become a champion at it.

Though he has since come out to vehemently deny the accusation, claiming that such a thing, such a story of beatings is from the pits of hell and a figment of the imaginations of those bandying it about! The curiosity basically though is that, the accusation is not a light one and if its a lie, then it is damaging to one’s reputation, so why not clear your name? So why just deny and then rest?