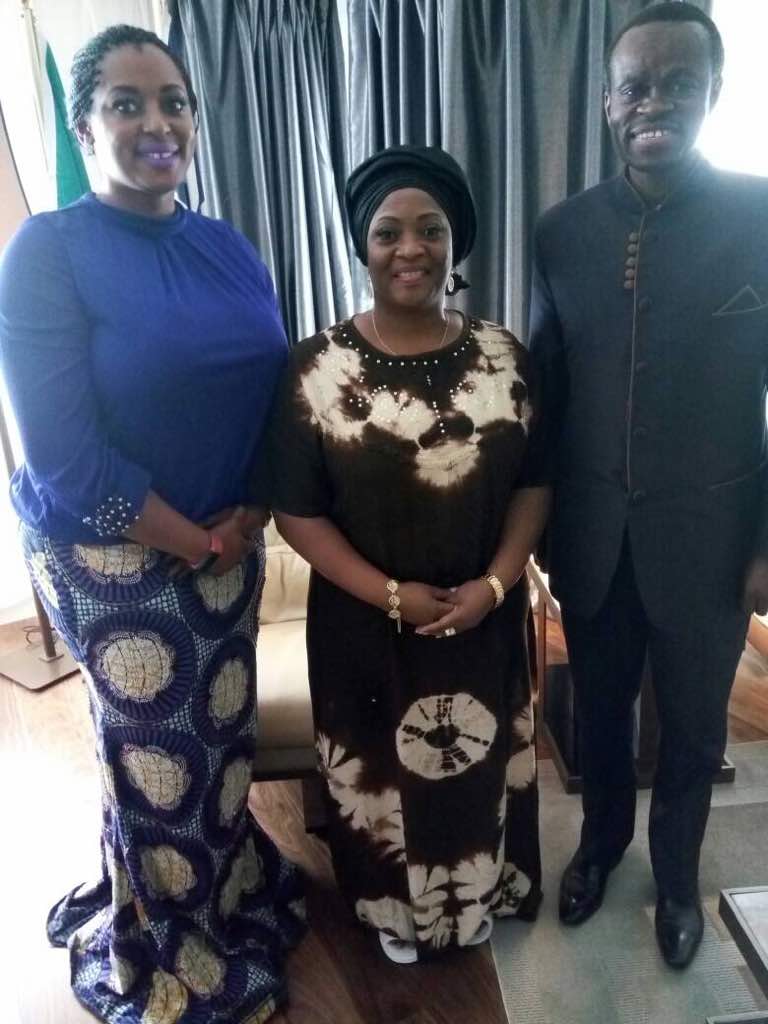 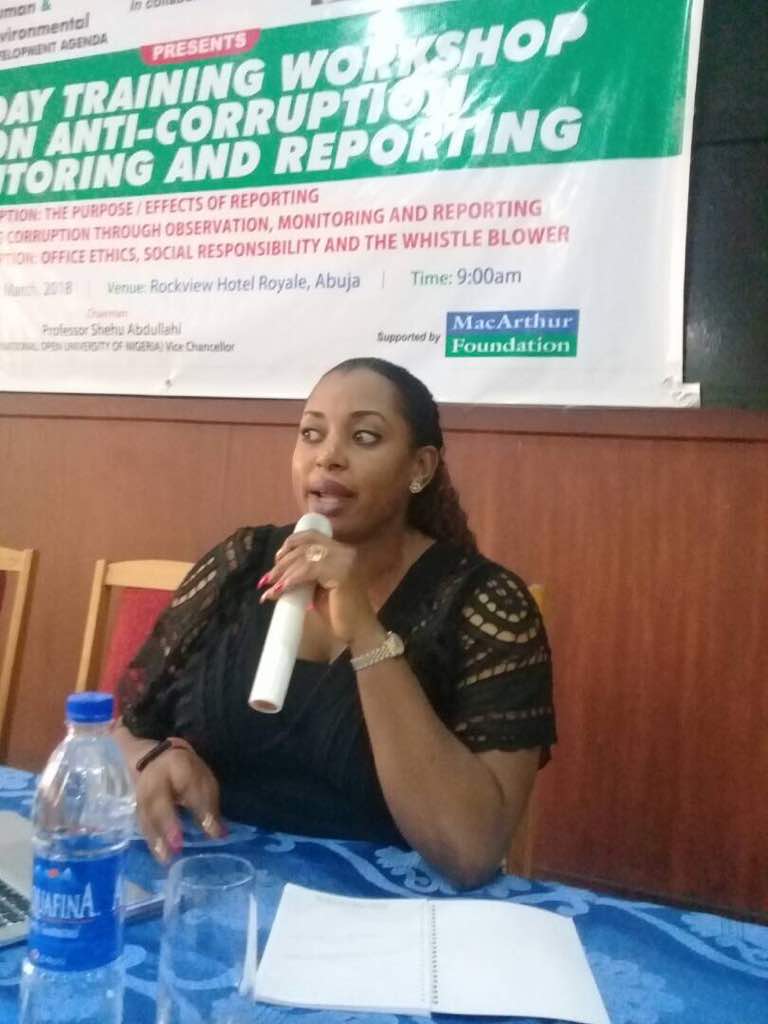 Ayo Alli-Balogun, a staunch member of Chief Mrs. Kemi Nelson, APC SouthWest Zonal Women Leader’s team, who was personally involved recounts what led to the unfortunate,, Monday, August 27, 2018 event and the actual happenstance of that day in particular. Read her statement below-

Top of the day great people!

I feel I owe it to everyone, to give a summary of what actually happened on Monday, 27th  August 2018 at the All Progressives Congress State Party Secretariat on Acme Road, Ikeja, Lagos.

For a while now, Hon. Jumoke Okoya-Thomas (APC Lagos state women) has been on a war path with the APC South-West Women Leader, Chief  Mrs Kemi Nelson, for reasons best known to her.

I, Ayo Alli-Balogun became aware of Hon Jumoke’s detest for her superior and the South-West Women Leader of our great party, the All Progressives Congress at the final mega campaign rally of HE Kayode Fayemi days before the Ekiti State gubernatorial elections 2018. At the said rally, Hon. Jumoke Okoya-Thomas out of nowhere and without any provocation whatsoever, started raining insults on Chief Mrs. Kemi Nelson that she Hon. Jumoke was not allowed onto the VIP pavilion of the event. Whilst Hon. Jumoke was raining her insults she saw me and immediately verbally attacked me calling me “Aja Kemi Nelson” Kemi Nelson’s dog! I ignored her and proceeded to my seat.

Hon. Jumoke Okoya-Thomas, attack on my person came to a head on Wednesday 22nd August 2018 at the country home of Lagos State Governor during His Excellency’s Sallah gathering, where Hon. Jumoke accused me of staring at her and threatened to deal with me.

The shocking thing about her utterances was that at no point or time, did I have any close contact with her whatsoever; not to talk of I attempting any form of attack on her. The worrying bit about her utterances and actions is that maybe Hon Jumoke is imbued with the power of clairvoyance, which allows her her glimpse into an unknown future and so with the abilities to see things not yet in existence!

Hon. Jumoke was seated about 15 huge tables away from where I stood with the Lagos State Commissioner of Police to receive His Excellency, who was making the rounds greeting and taking pictures with guests. I noticed Madam Jumoke’s visible agitation as she wagged her hand toward my direction in a threatening manner when she said “you are staring at me! I would deal with you!!”

Naturally, I was shocked by Madam Jumoke’s conduct, especially coming from an elder and someone in her position, so I informed party leaders present as per my observations. They promised to look into the matter and asked that I go on with my dancing.

However, I thought it imperative to notify the APC state chairman of my experience at the hands of Madam Jumoke Okoya-Thomas during the Sallah gathering of the Governor. So I visited the State Party Chairman on Thursday 23rd August 2018 but he had left, so I called and booked an appointment for Monday 27th August 2018 to which the party state chairman agreed.

On the fateful day, I went to the state chairman in company of three senior women of the party to inform him of Hon. Jumoke’s open threat to deal with me.
As fate would have it, I was informed that the State Chairman was at a meeting. While waiting, Hon. Jumoke exited the chairman’s office and later returned to the office about 10mins later. All this while, I was at the reception area of the chairman’s office with the three women who accompanied me there.

After waiting for an additional 30mins I decided to leave as it was apparent, Madam Jumoke was going to be in the office for a long time.

◦On my way to the South-West Zonal Women leader’s office within the party secretariat, I was apprehended by Hon. Jumoke’s PA (Alhaja Biodun) and the police orderly with her. They both pounced on me with slaps, blows and lashes from the horse whip wielded by the police orderly attached to Hon. Jumoke. I naturally defended myself and extracted myself from the stronghold of the vicious attack of Alhaja Biodun. I then returned to the chairman’s office to show him my battered face, body and clothes.

◦About an hour later, while inside Chief Mrs. Kemi Nelson’s office in the presence of the Deputy and Vice Chairman of the party. Six very hefty and fierce looking men in black Tee-shirts with Scorpion drawn on them bursted into the South-West Women Leader’s office. They told us they are from Lagos island and have been directed to kill Chief Mrs Kemi Nelson and I, under the order of the Iron Lady!!!

◦Hon. Jumoke Okoya-Thomas at some point during the assault, came into Chief Mrs. Kemi Nelson office shouting that “Kemi Nelson is in the toilet, she must be killed! That once she’s killed her followers would disperse” (All of these in Yoruba).

◦The armed men descended brutally without remorse on everyone in close quarters, beating and pummelling everyone found in Chief Mrs. Kemi Nelson’s office.

◦In the rampage unleashed by the dastardly men, all the equipments found in Chief Mrs. Kemi Nelson’s party office were destroyed! The ones that could be carted away like personal effects disappeared. It was a scary period. 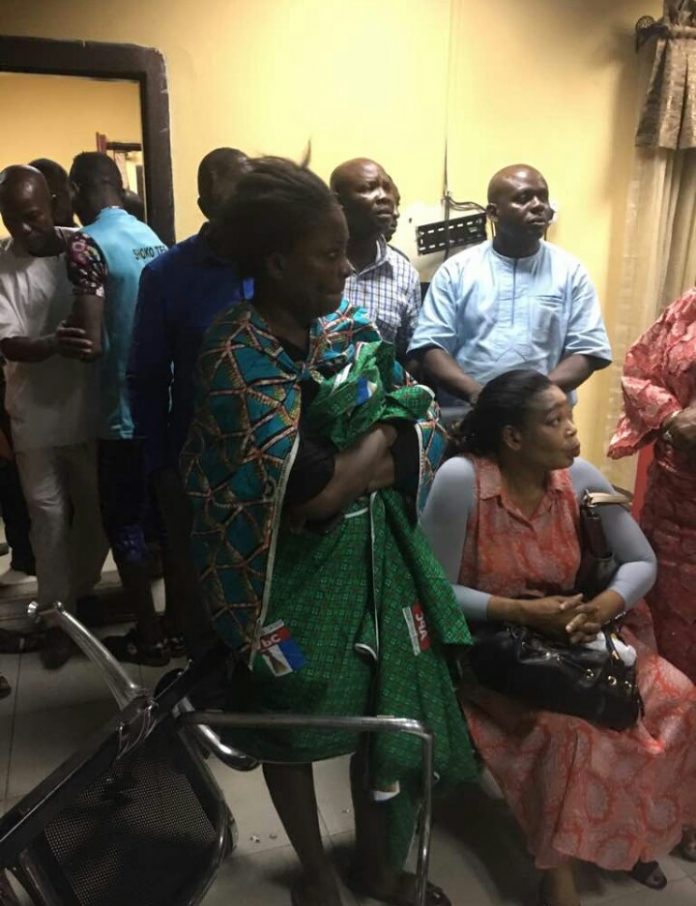 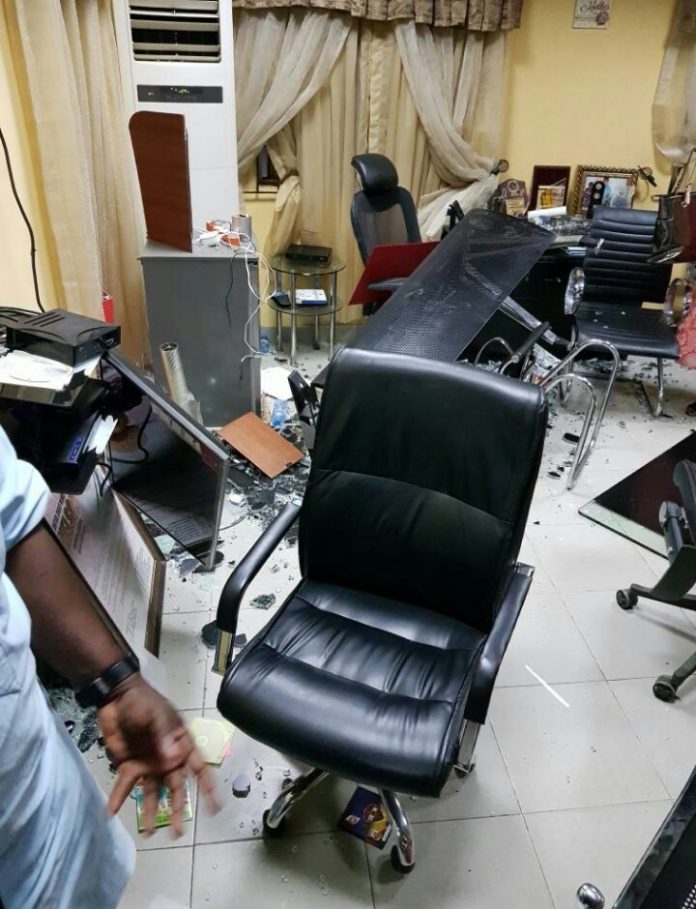 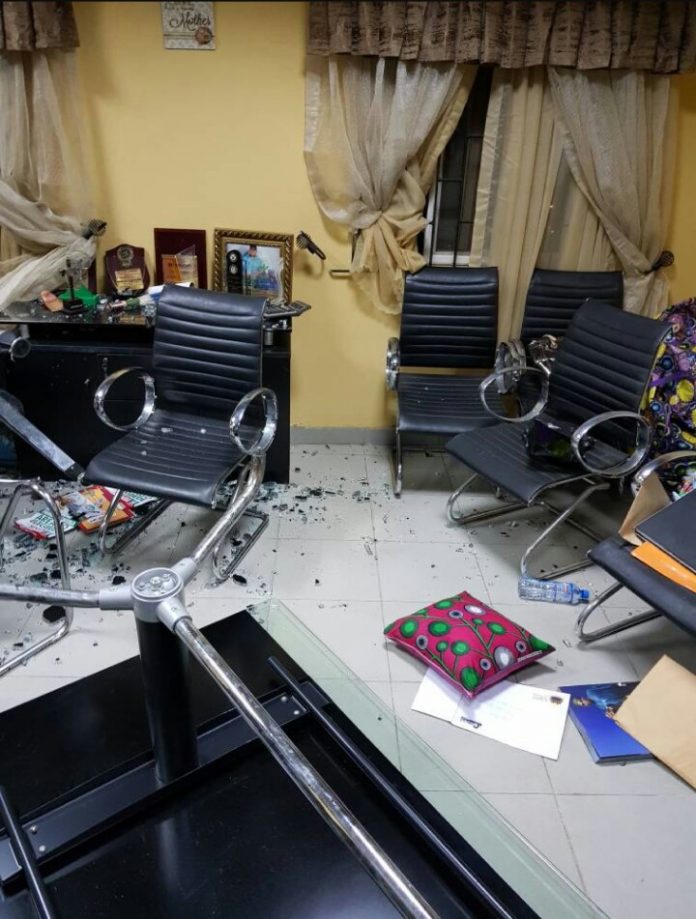 ◦Whilst Madam Jumoke Okoya-Thomas was speaking to the Police Area Commander who had visited the party secretariat; she was quoted to have said to the commander “She was fighting for her right”, she also admitted to inviting the armed men in black tee/shirt with scorpion drawn on the back and refused that Alhaja Biodun be interrogated by the police at the Party State Secretariat.

◦I am immensely grateful to God for sparing all our lives, that’s Chief Mrs. Kemi Nelson, women of the team and myself. It was a very scary situation. In fact it all happened like a terrible movie.

This statement had to be done because of the false narrative that is being deliberately spread about as per what actually occurred on the sad day. With the sponsors and perpetrators deliberately up to mischief by turning truth on its head!

It actually beggars belief, that some people could be used to change the actual narrative and send out white lies, that were conjured up from the pits of hell. Some people who normally should be on the side of the truth, to trumpet the truth are being used to spread deliberate falsehood, for pecuniary reasons!

How can the one at the receiving end bring in thugs to unleash mayhem on herself, while in the same process destroy her own office that she had used her funds to set up beautifully? To what gain?

The actual instigator of the whole fracas, was refused to be interrogated and because she got more than she bargained for, she’s now being painted as the victim! First it was a battle of 2 against one! And the 2 on the other side were a vicious lady and with a Policeman assisting her against a much younger lady!

If it was about war as alleged, Chief Mrs Kemi Nelson, wouldn’t have pleaded with and stopped over 50 of her supporters who had come afterwards on hearing what had ensued to bury the hatchet and met peace prevail!

We are Progressives and not just in mere words, but also in deed. We are only about peace!

◦Ayo Alli-Balogun is a Human Development Consultant and Politician. An All Progressives Congress (APC) stalwart and loyalist. A mentee of Chief Mrs. Kemi Nelson

ALL HAIL NIGERIA’S MOST STYLISH MAN OF GOD (PASTOR)- PASTOR BIODUN FATOYINBO OF COZA
PEACE IS ALL I AM ABOUT APC SOUTH WEST ZONAL LEADER, KEMI NELSON
Comment