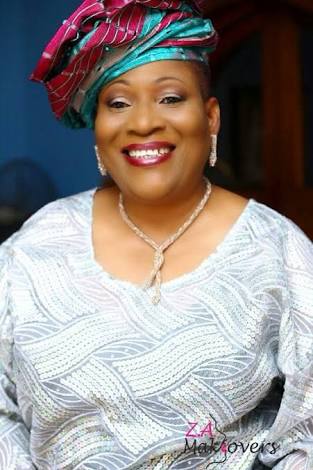 “I have never been involved in thuggery, Hooliganism in all of my 30 years in politics”. And it wouldn’t start now…..

Our attention has been drawn to reports in some quarters of the media about the involvement of the Zonal Women Leader of the All Progressive Congress (APC), Chief Mrs Kemi Nelson in a fracas at the Lagos State Secretariat of the party.

To set the record straight, Chief Mrs. Kemi Nelson was never a part of the said incident at all.

The INCIDENT
On the sad day of the incident, six (6) weird looking men in black t-shirt stormed the office of the Zonal Women Leader (South West), demanding to see her. Her staff at the office requested for details of their visit including reasons for their visit. They there and then refused to provide information on their mission to Chief Mrs. Nelson’s office other than that they came there from someone they referred to as the “Iron Lady” from Lagos Island.

Apparently sensing that they were not going to be allowed to gain entry to see madam, which was because Chief Mrs. Nelson was it the time in a meeting with both the Lagos State Deputy Chairman of the party, Chief Sunny Ajose and the State Vice Chairman, West Senatorial
District, Chief Funsho Ologunde, the men there and then unleashed terror of
unimaginable proportion on the office and on everyone in sight.

They went on rampage and vandalized the office, beat up all staff members, party members they say and stole personal belongings that was in sight such as phones, office items and other valuables.

The men came prepared to maim and destroy. They were armed with shotguns and others dangerous weapons. This made party members, including
Chief Mrs. Kemi Nelson to run for their dear lives.

The  Zonal Women Leader, South West, Chief Mrs. Kemi Nelson wishes to call on all party members, associates and well wishers who may have been inundated by reports of the incident to remain calm as the matter is being looked into by the party leadership.

We wish to maintain that the matter will be resolved amicably.

We also want to reiterate that our party, the All Progressive Congress is a party of peaceful co-existence and development, which are in alignment with what Chief Mrs. Kemi Nelson has preached in her over twenty five years in politics in Nigeria.

The incident of Monday 27th August, 2018 is alien to Chief Mrs. Kemi Nelson and we are assuring that the party leadership will work assiduously towards a peaceful and amicable resolution.

APC is for PROGRESSIVES ONLY!!!- Ayo Alli-Balogun: THE ACTUAL NARRATIVE OF THE REAL HAPPENSTANCE OF MONDAY, AUGUST 27, 2018
Visionscape denies non-payment of staff salaries
Comment