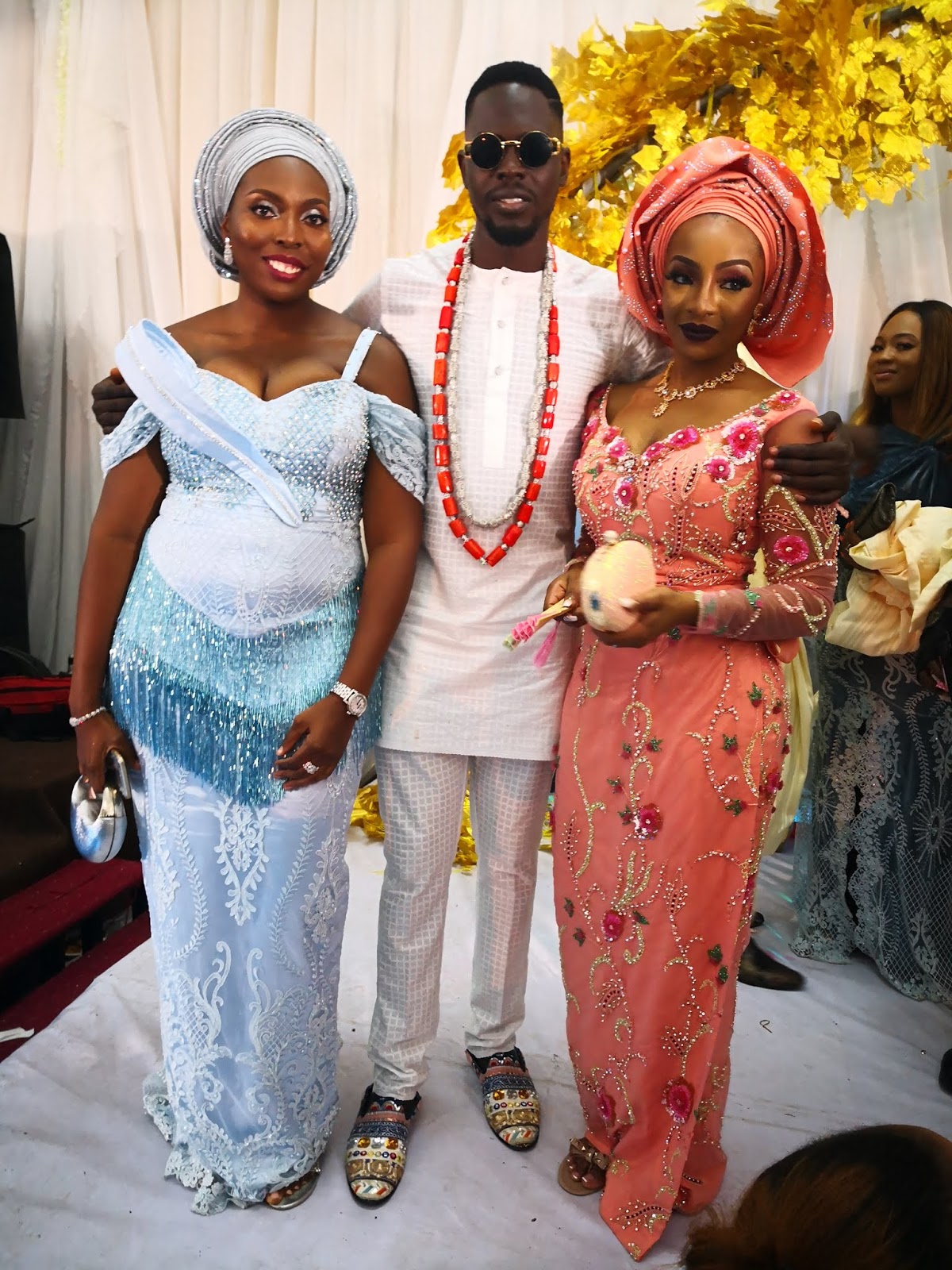 The venue, Jogor Center, on 1, Harvester Drive, by Liberty Road, in New GRA, Ibadan, just a short distance from the Shop rite mall as was expected was packed out, Infact totally packed to the rafters. The ancient town of Ibadan in Oyo State, knew and recognised that dignitaries from Lagos, Osun, Ogun and all over had converged on the town to witness and celebrate with the families of the Dr. and Mrs. Taiwo Afolabi, parents of the groom-Yinka and Prince and Princess Omisade, parents of the blushing bride-Bisola Omisade. She is a beautiful young lady no doubt, with a nice body.

It was obvious that the families hosting the large crowd were highly connected and very well heeled, gauging from the kind of high calibered personalities that thronged the event, all gaily dressed to the nines and all looking super cool. These young girls at parties are some kind of people with the kinds of styles they wear leaving many crazy things to the imaginations. The frontal attacks and peripheral one too are a major high popping sights to behold. They were like a flock or better still gaggle of geese, showing off to the admiration of many.

The number king of the Yorubaland and one of the most revered Kings in Africa, the Oonirisa Adimula of Ife Odua, His Imperial Majesty, Oba Adeyeye Enitan Babatunde Ogunwusi, the Ojaja II, led the charge as the father of the day. Kabiyesi (the one you don’t question) sat majestically all by himself and those that accompanied him say around him, at his absolute beck and call.. The Oluwo of Iwo, ever always the impressive peacock in his loud and colourful Agbada, HRM, Emir, Emperor, Oba take your pick of any of the titles to address him by, Oba Abdulrosheed Adewale Akanbi, Telu was there too and sat with the ever impressive Oba Alaiyeluwa, HRM Oba Saheed Ademola Elegushi, Kusenla III, the Elegushi of Ikate-Elegushi, the handsome King was in his element all through the event as he came to support Dr. Taiwo Afolabi, who he is very close to, a testament to that was how they bantered all through the time the King was around. Both Kings sat opposite the Ooni. Next to the 2 royal fathers, much nearer the stage was the Olowu of Owu Egba, Oba Adegboyega Dosunmu, Amororo II, one of the paramount Kings of Egbaland. These 4 Kings were more of the well recognised and highly revered Royal fathers that attended the event. They led other not too popular Royal fathers that also attended the event too.

The 2 humongous and intimidating Rolls Royces of both the Ooni and that of the Elegushi, led the other impressive machines that were the chariots that brought the other top dignitaries to the event. There were too many important guests at the event to mention. Infact too numerous to start mentioning, but we caught a glimpse of the Waka Queen, Alhaja Salawa Abeni with other guests. Mennnn, she’s changed!!! But that’s a story for another day.

The one and only King Sunny Ade was on the bandstand and one of the highlights of the day’s event. He did what he is known and paid for to do,…. Which is to entertain his guests. For us though, this wasn’t vimtage KSA of years back, maybe because we seem to believe that we have seen all that the King can do or muster and so0 we don’t expect nothing new as we don’t even see nothing new at all. Same style, same songs, same not too vibrant action, left to us if not for the name, maybe a band that plays varieties or medleys of great songs, would have killed it. The king might be in his way to retirement. Except maybe he gears up extraordinarily when a certain crowd are present. That we do not know.

It was fun galore at the ceremony though, which was the traditional wedding and engagement ceremony. The 2nd and final part is slated for Lagos on Saturday, September 15, 2018 at Harbour Point, Wilmot Close, Victoria Island. And that promises to be huge by all standards. This is where Dr. Taiwo Afolabi would display his hospitality to the high heavens, as it is more his domain. We saw Ibidun-Itua-Ighodalo, up and about at the event, so maybe (just an assumption) that she might have helped to organise the event. Mennnn, she is still a disarmingly beautiful lady any day. No make-up and she still glows like the Sun.

It was like a sea of blue and some other colours at the event. And like we already mentioned, there was the overabundace of the young, well packaged ladies. Their mode of dressing showing off their young, well proportioned cleavages and shapes, which must have gotten a lot of the men googled-eyed, with eyes nearly popping out of their heads (sockets).

The bride herself looked super gorgeous in outfits. Both changes of clothes were very well sown and styled, though in our own (personal though) estimate we thought the make-up was a tad overboard, a bit too much especially that black lips????? We didnt think was great, but like it is said to each his/her own!!! It’s obvious that Bisola without too much colours and layers on is a pretty damsel, so why so much?

The groom’s friends, like the bride’s friends too, came out enmasse to support their own every which way possible. It was obvious that a few of the groom’s friends were some sort of young moneybags as they weren’t shy about spraying and blowing a few wads of clean cash. At a point they were throwing it up for the wads to then cascade down on the couple.

The cake display on the right side, if you were facing the stage was impressive.

After the stress of travelling to Ibadan on that bad road, with the terrible traffic before getting to the RCCG camp, we totally enjoyed the scene at the event. There was enough to drink and eat (nibble upon), but it was obvious that proper organisation was somewhat lacking. We trust though that the Lagos end of the event would over compensate for the little shortfall in IBADAN.

All in all, it was beautiful and very well attended.

All the pictures were exclusively taken by us via our phone. 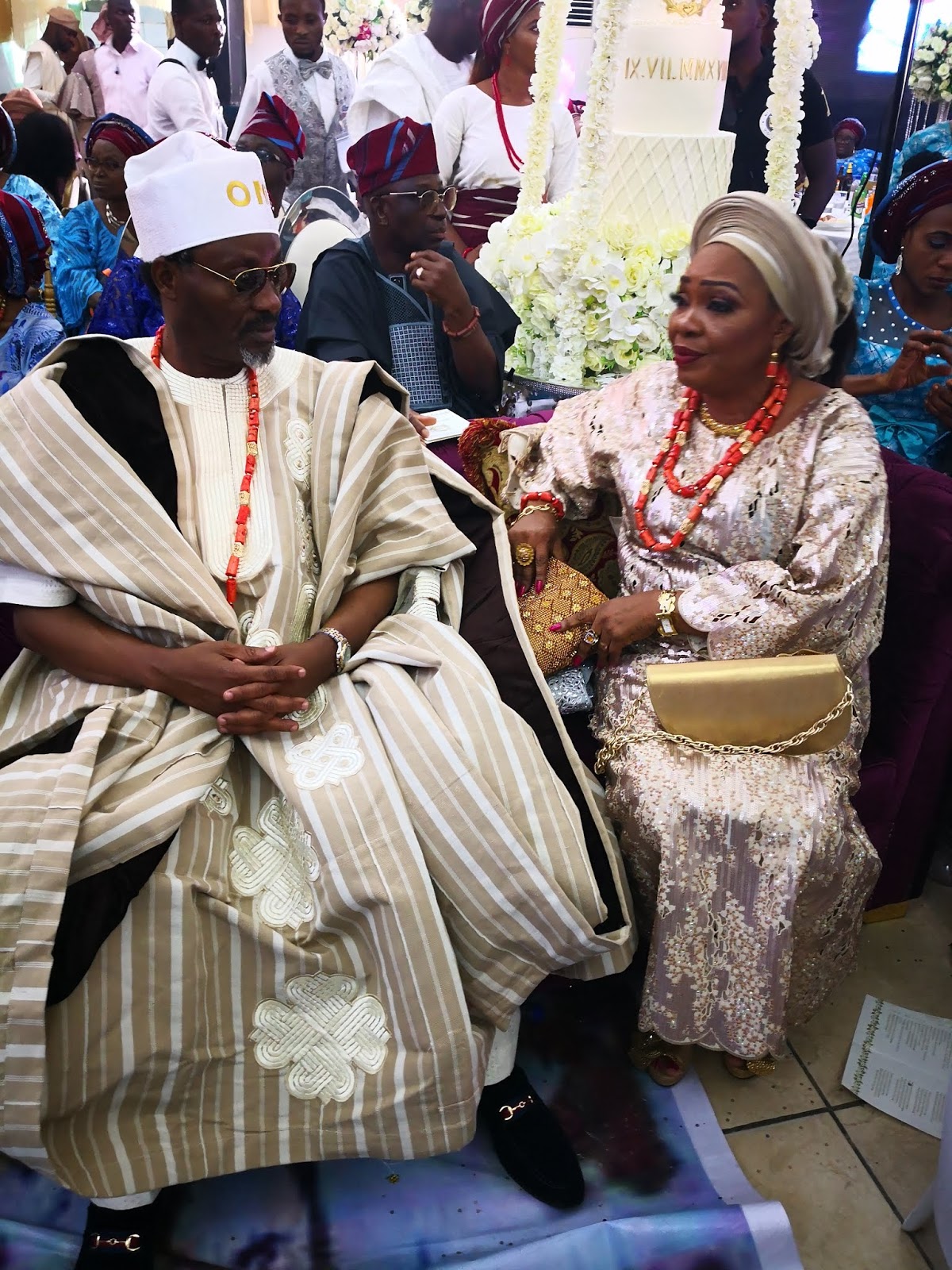 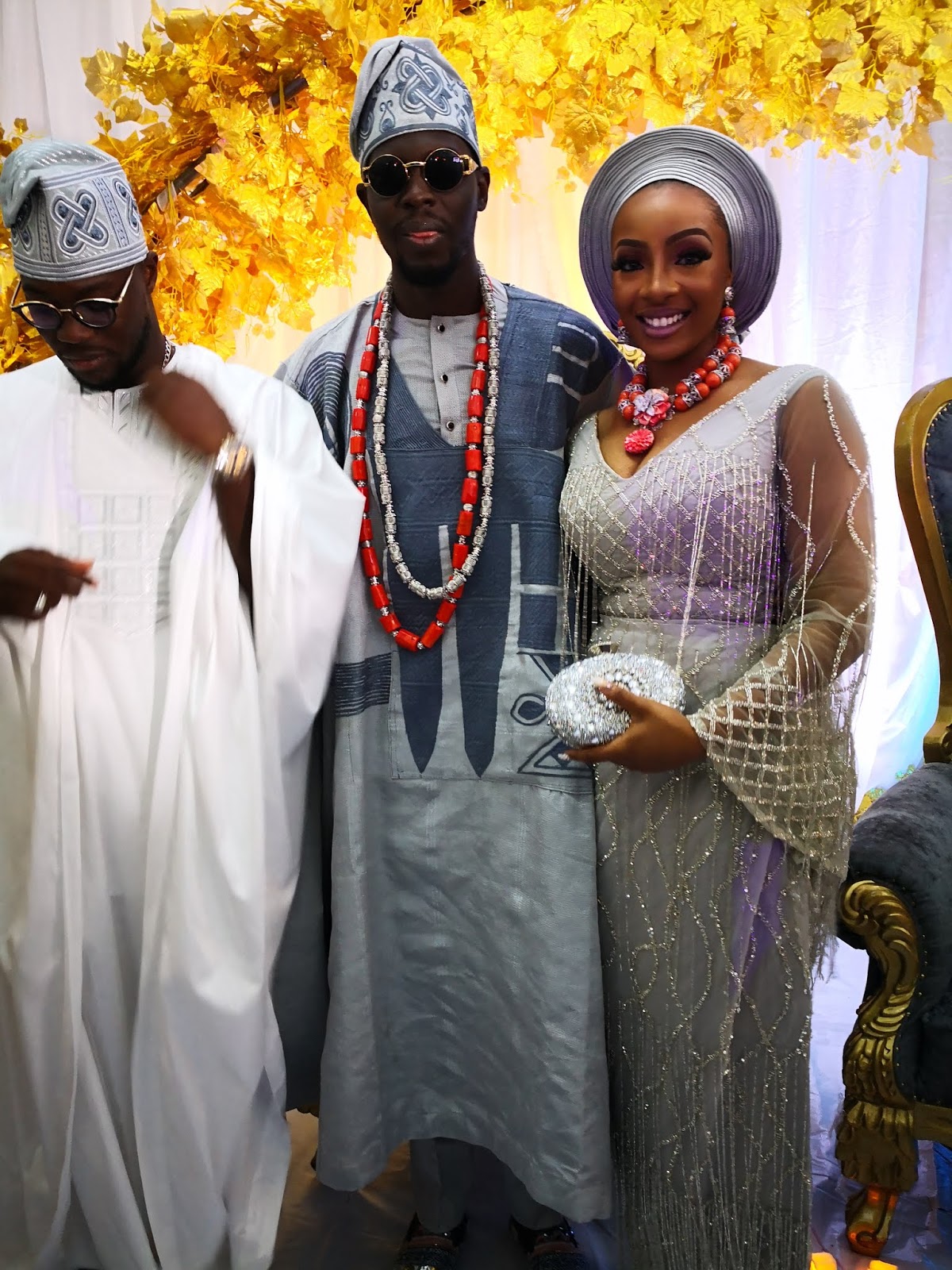 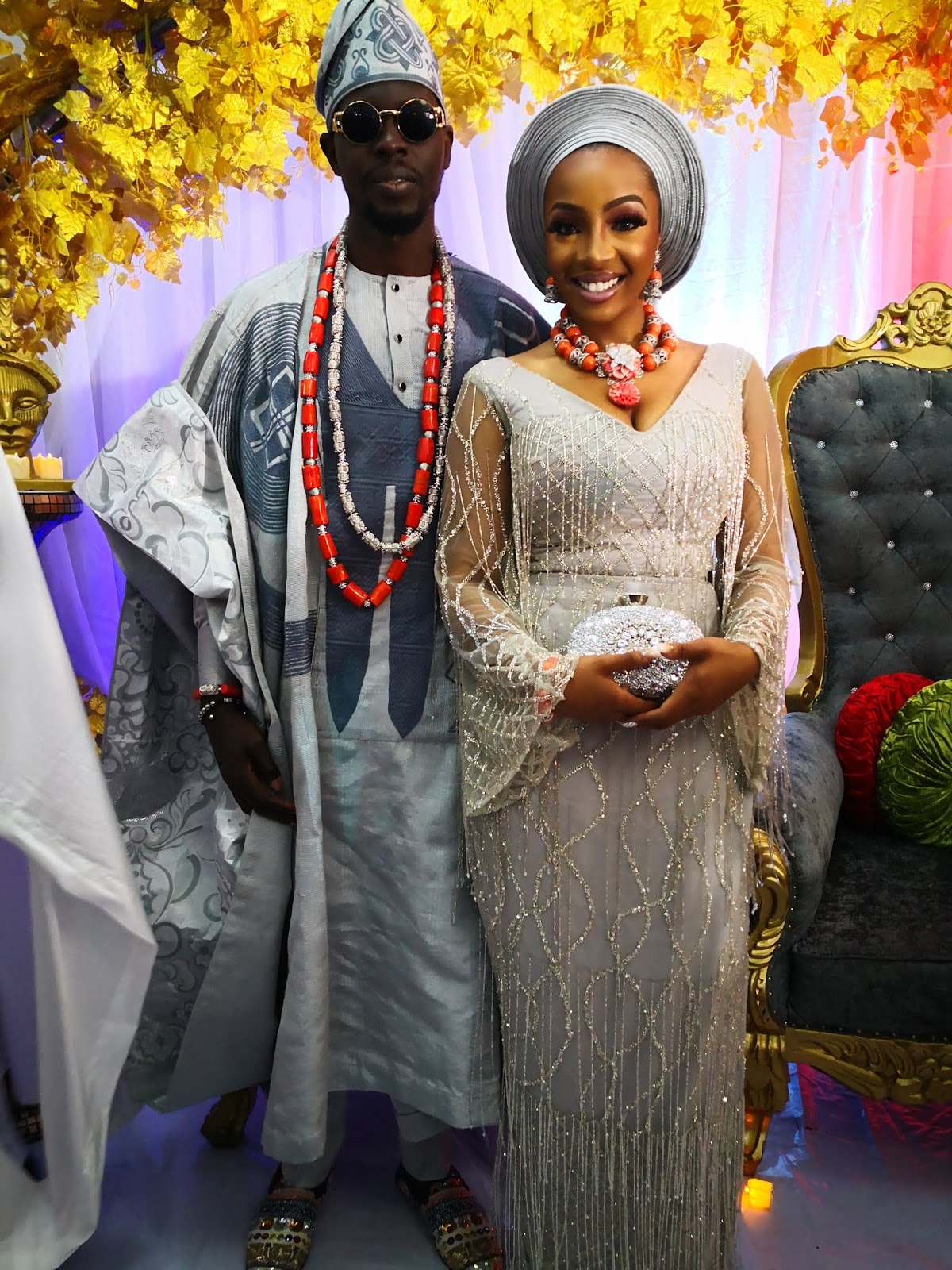 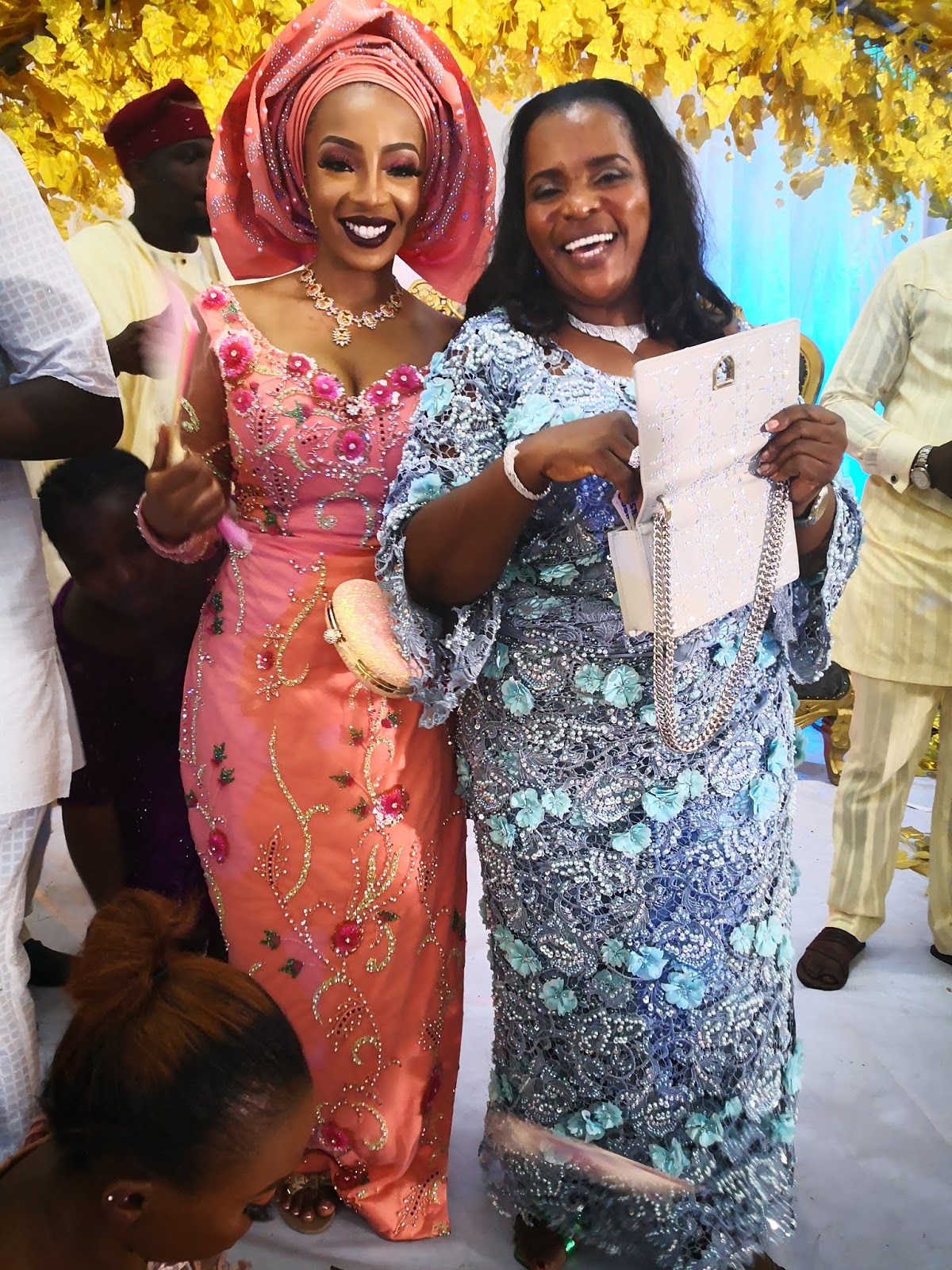 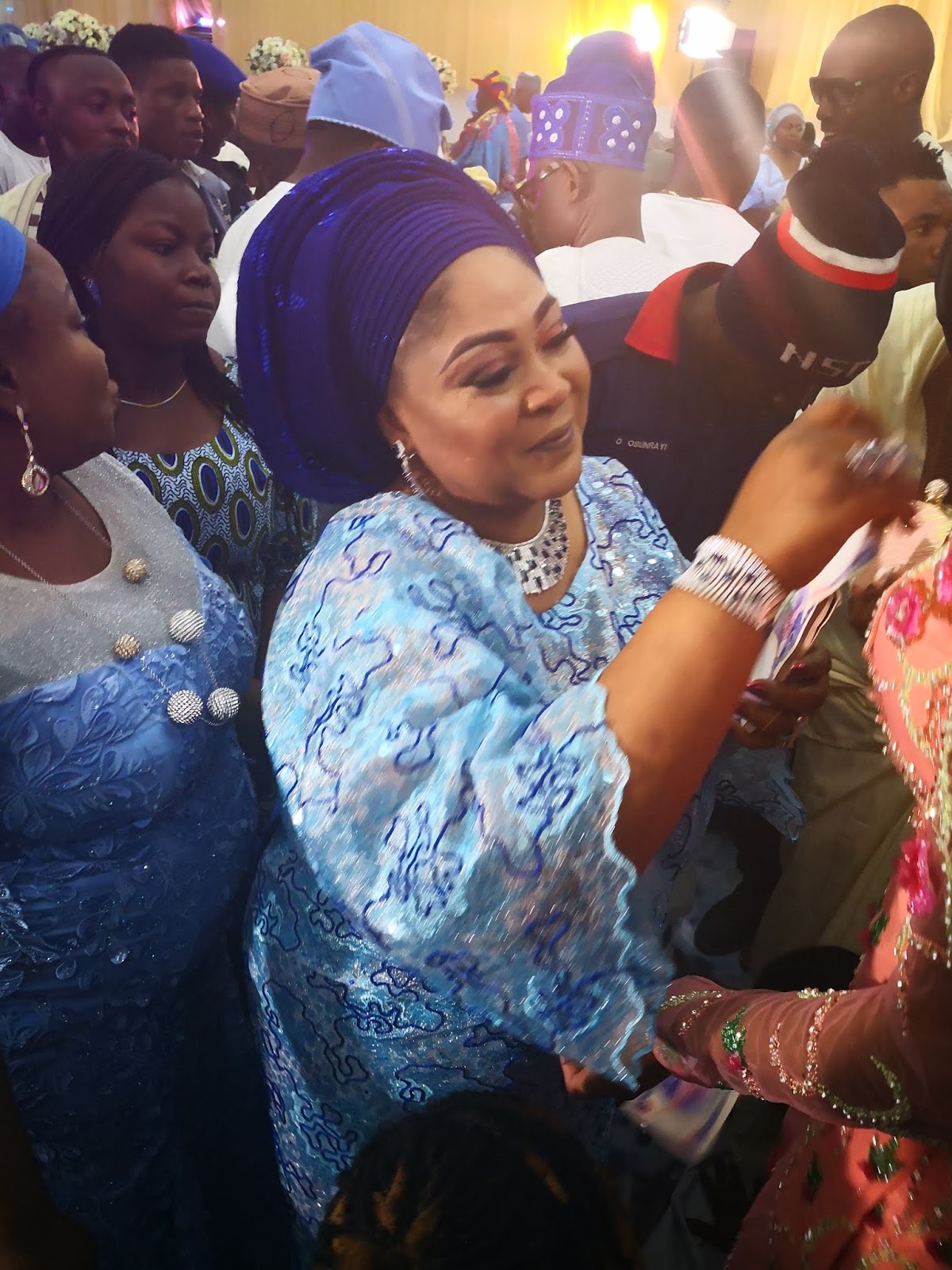 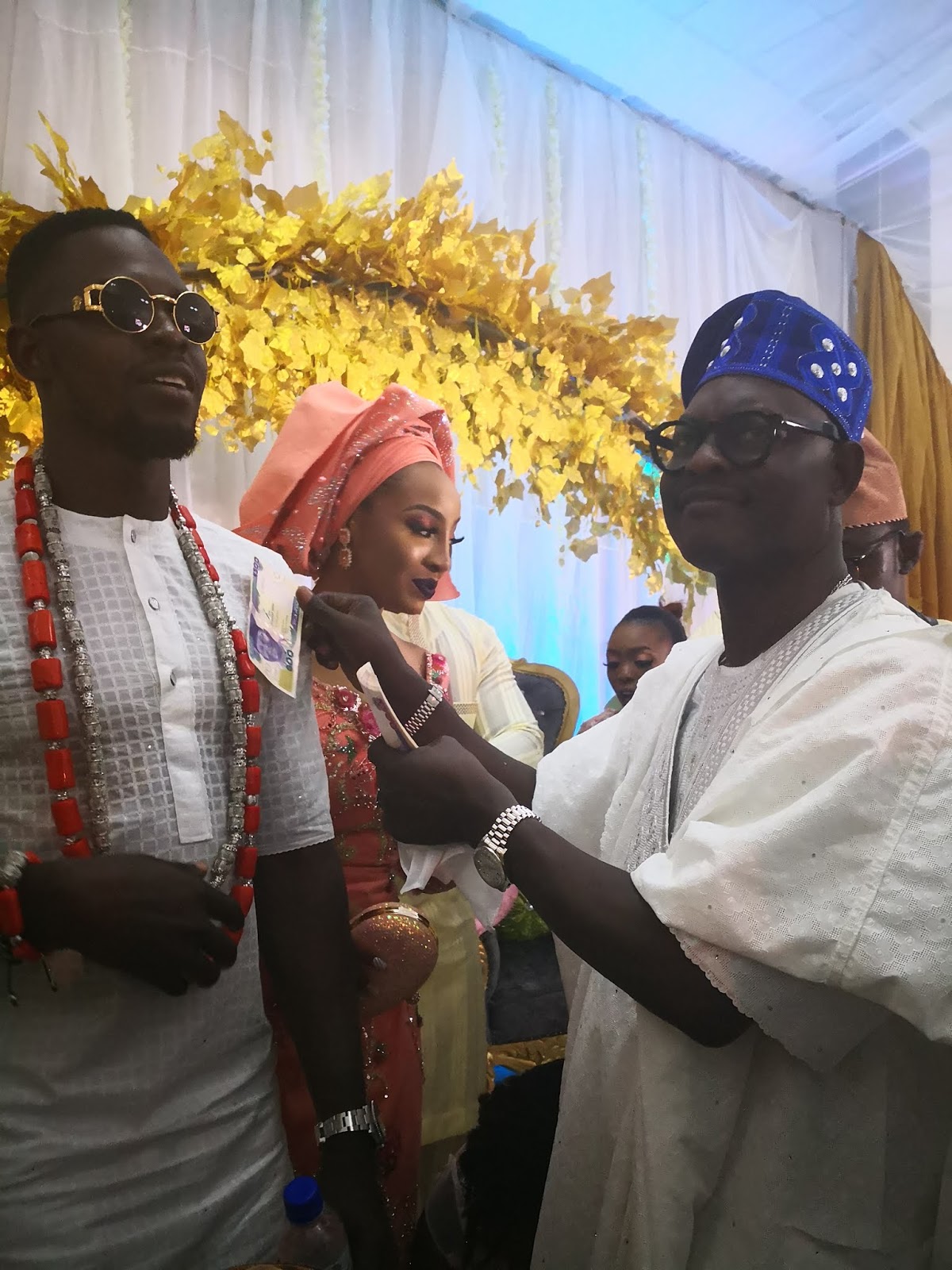 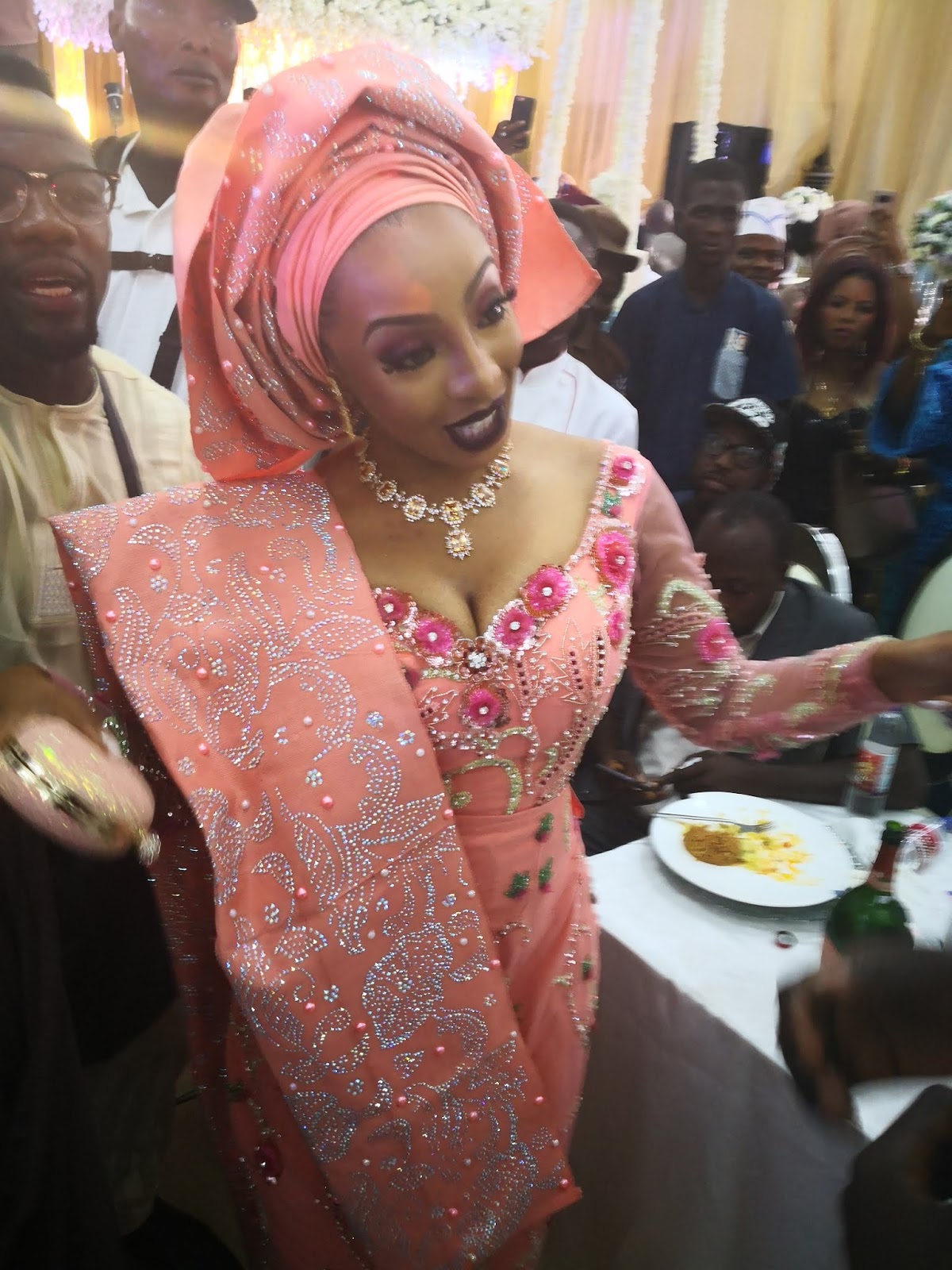 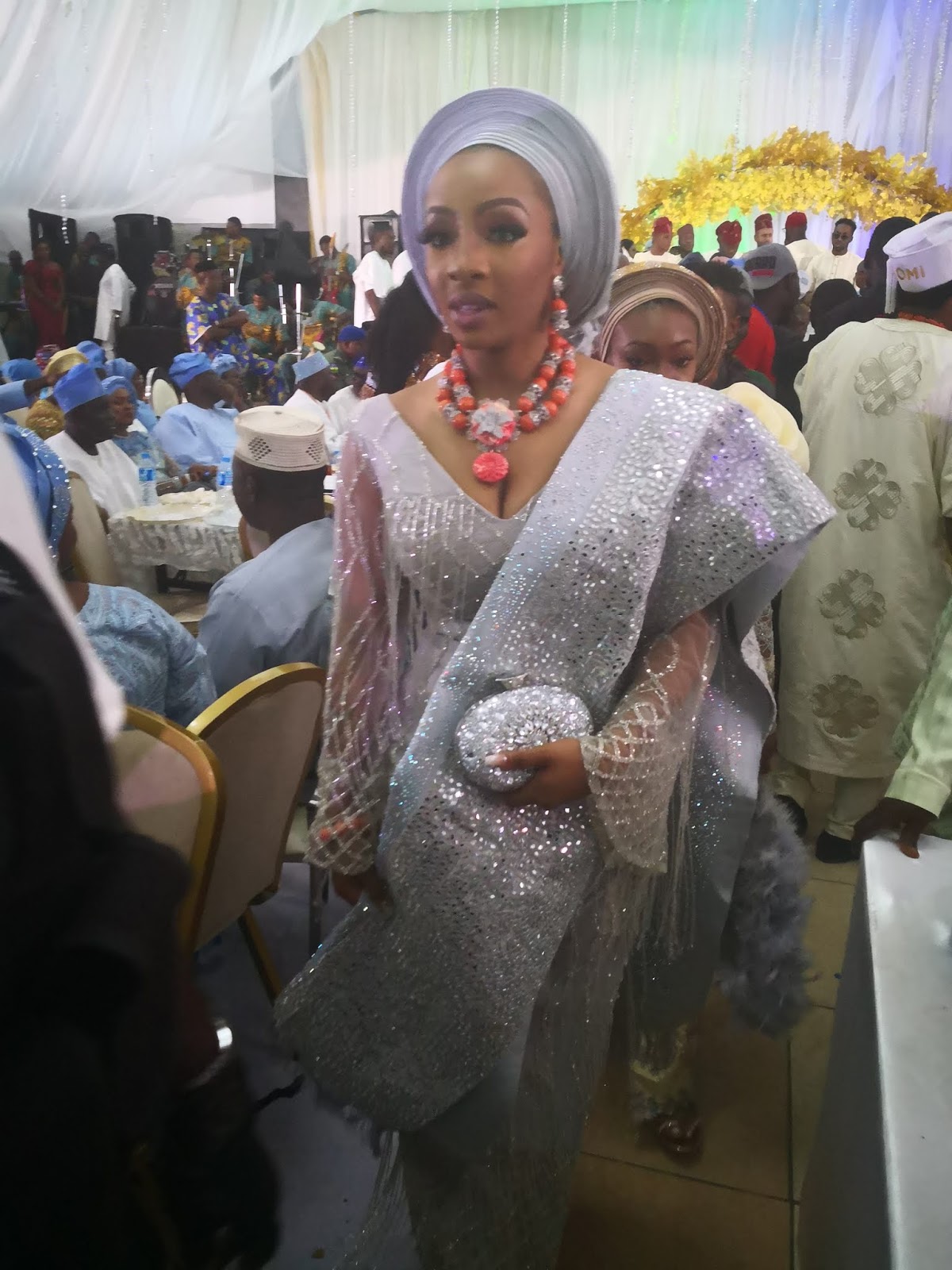 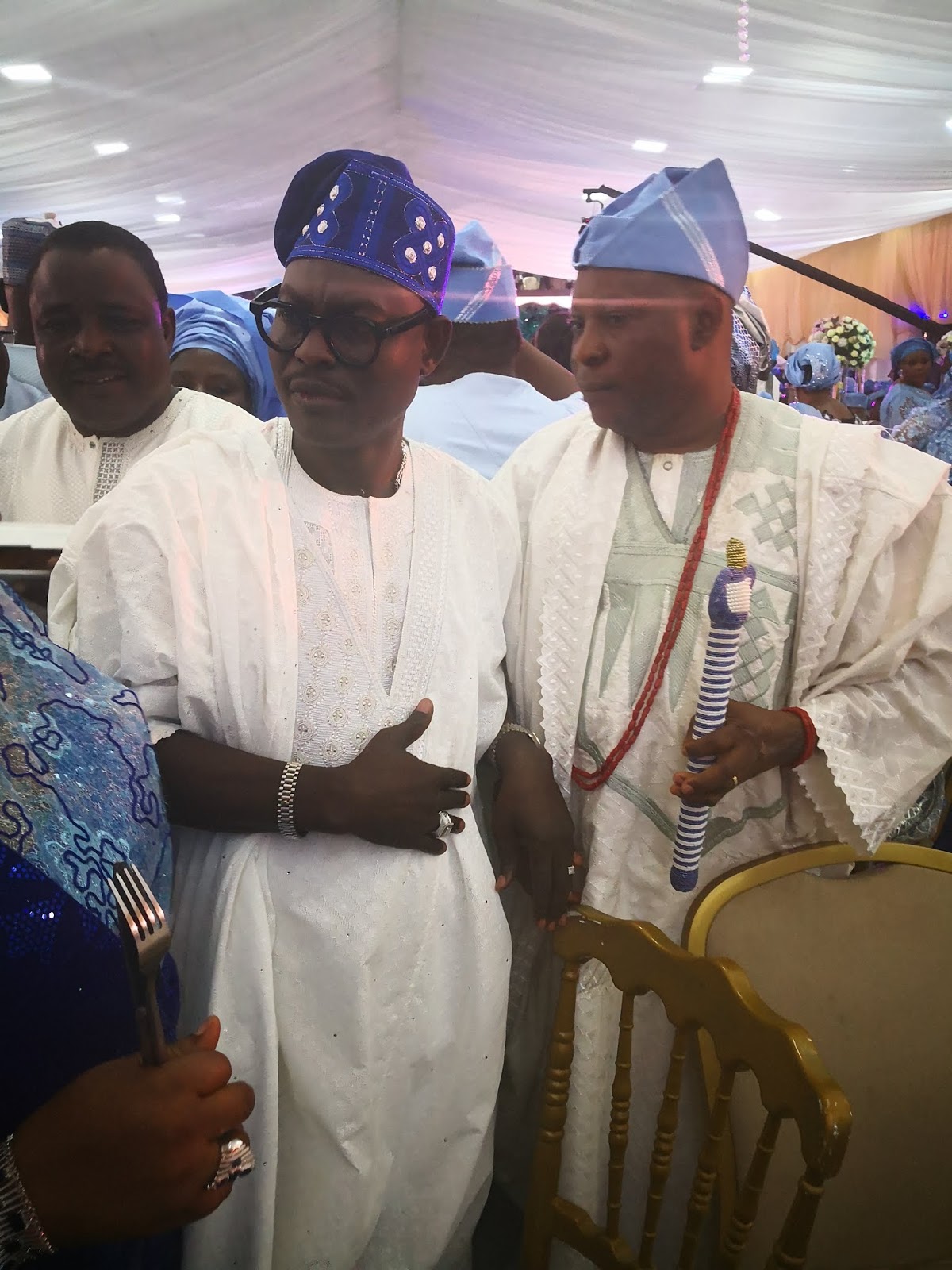 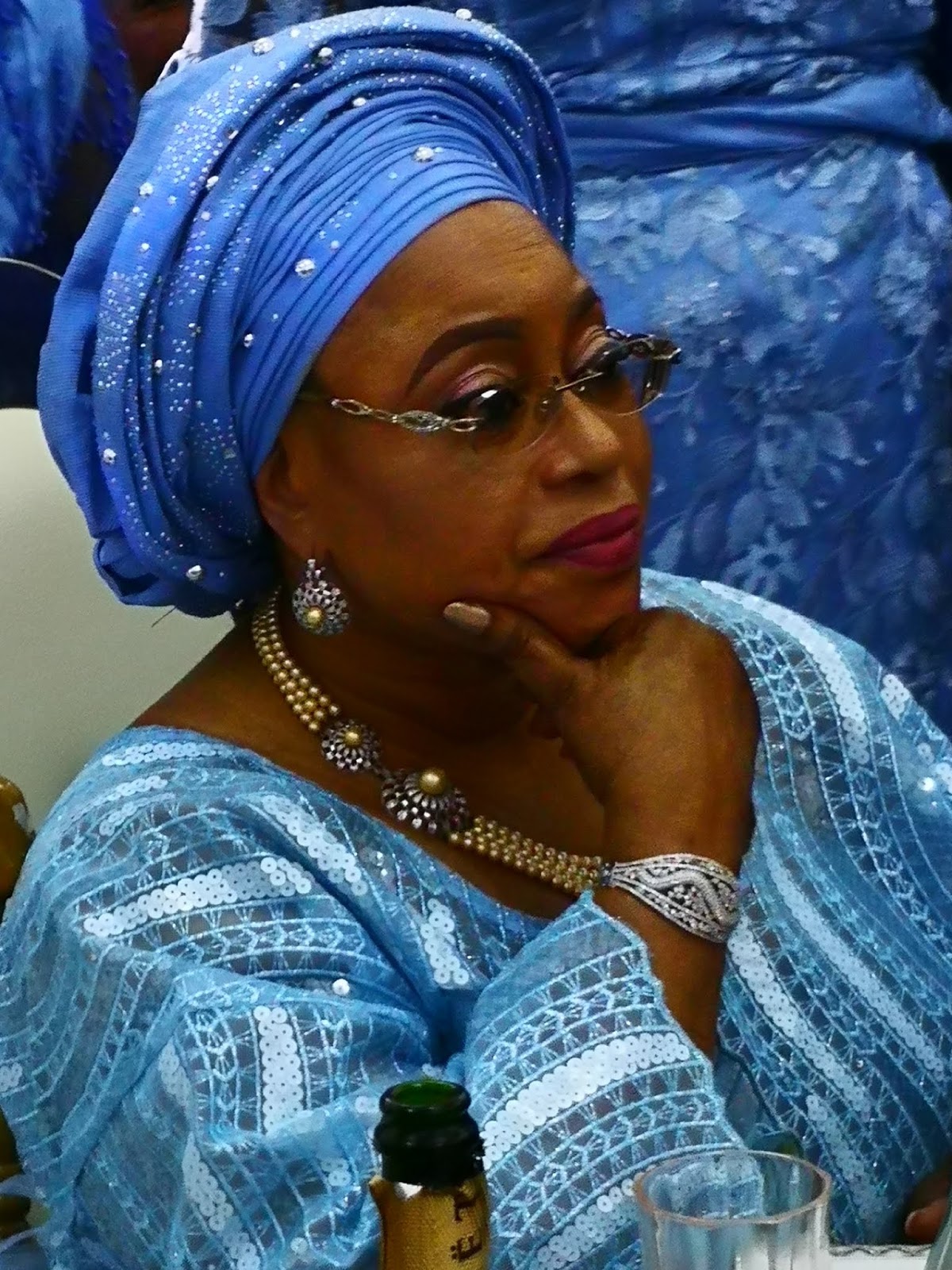 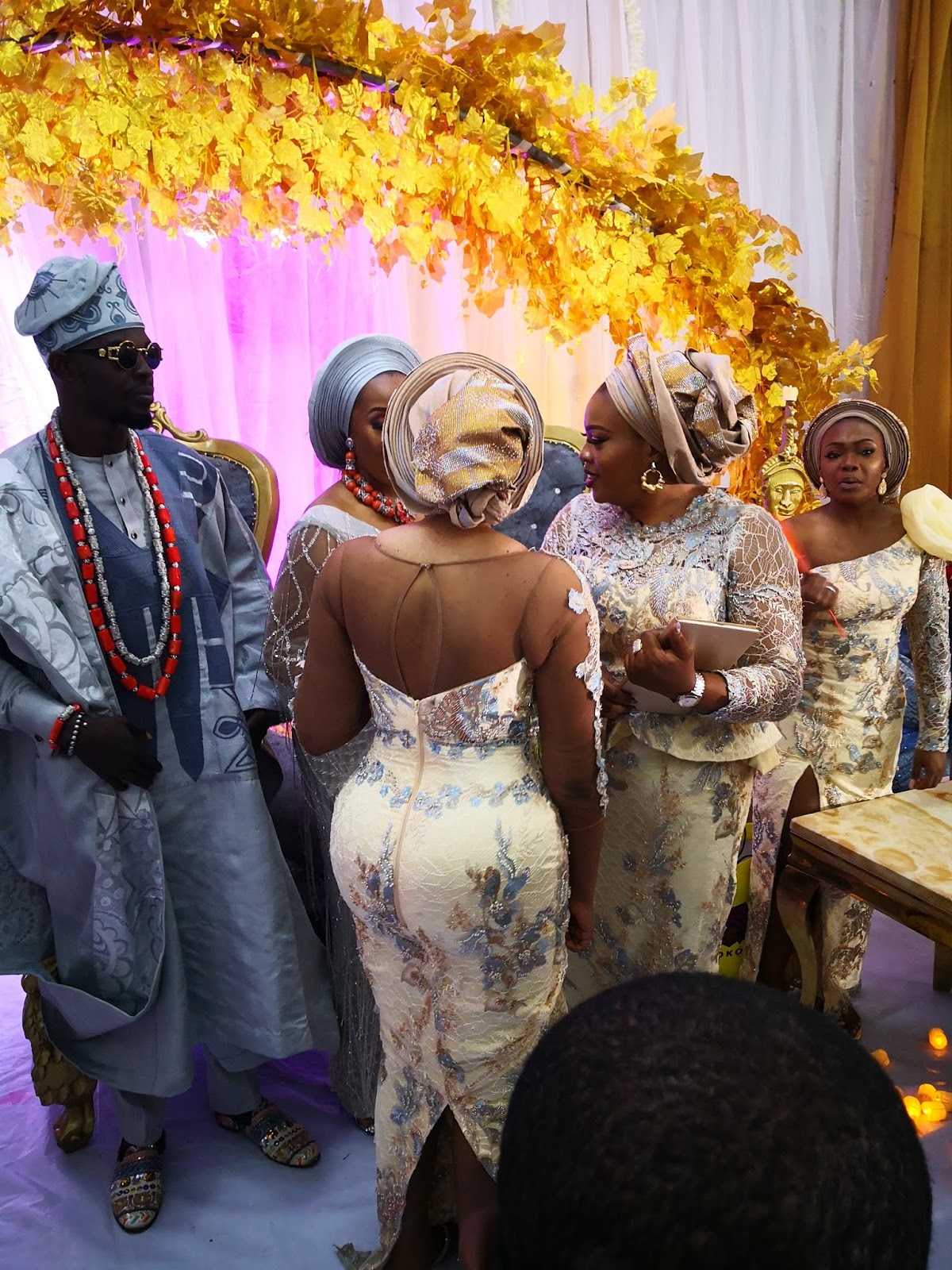 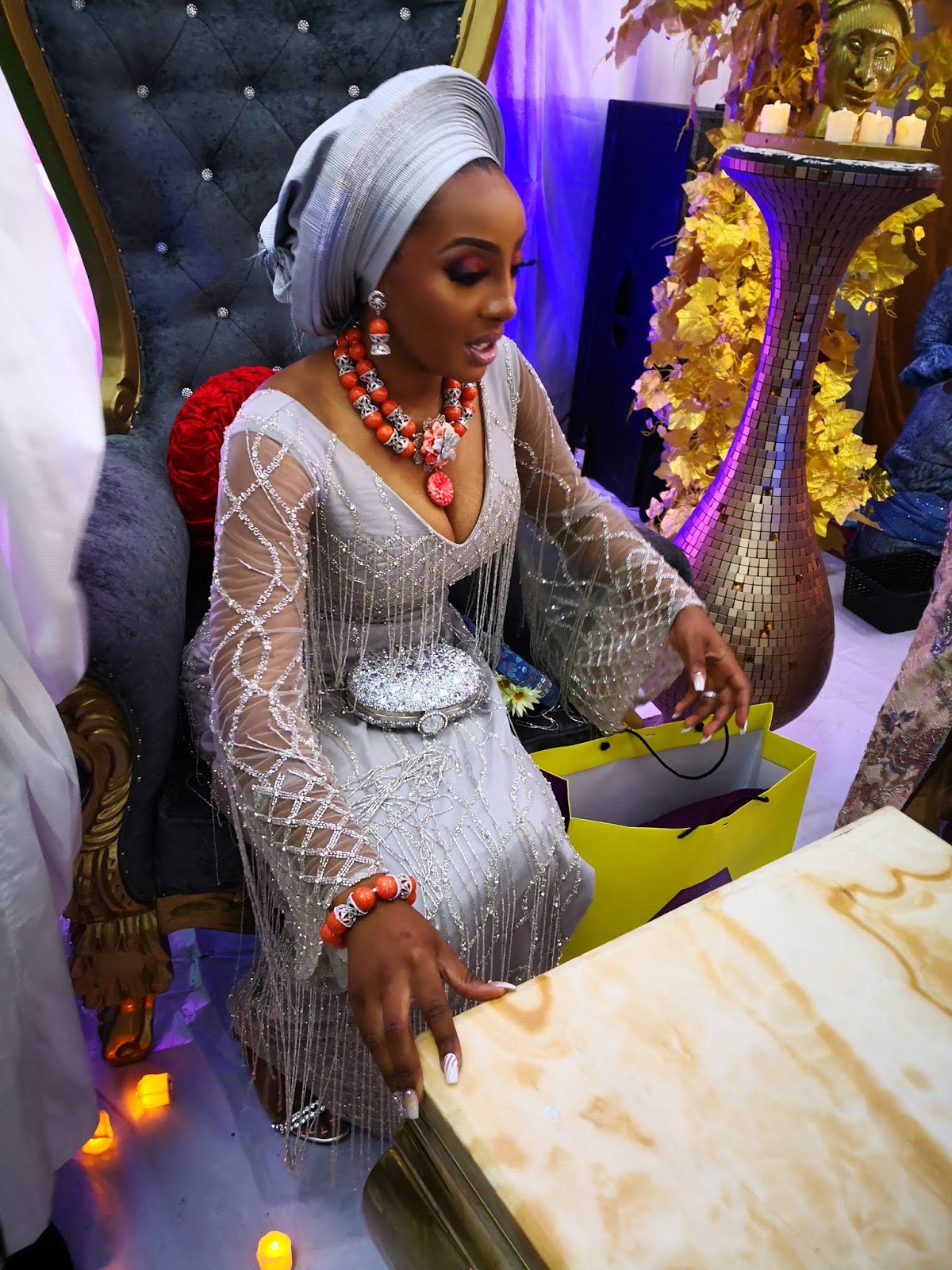 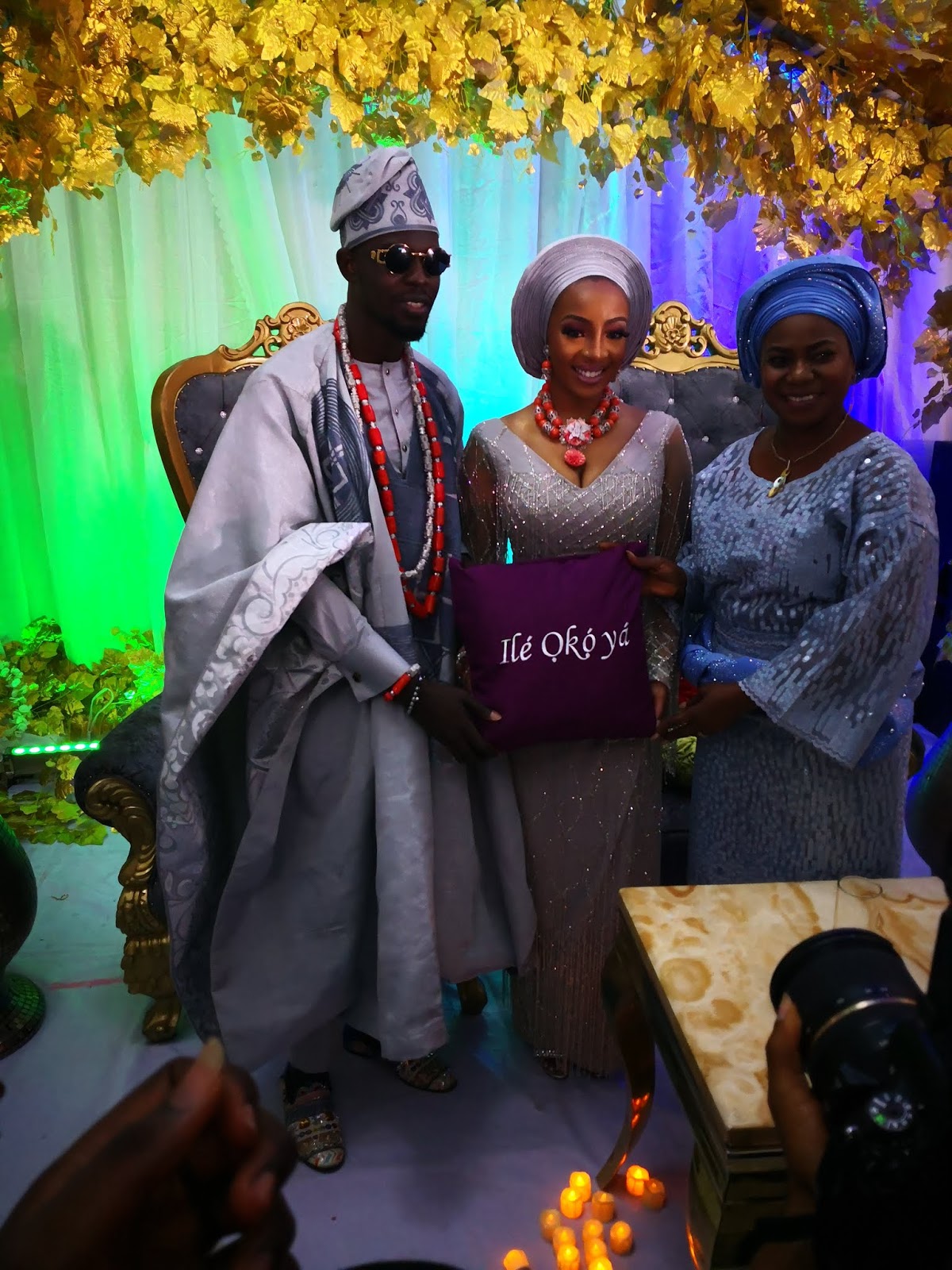 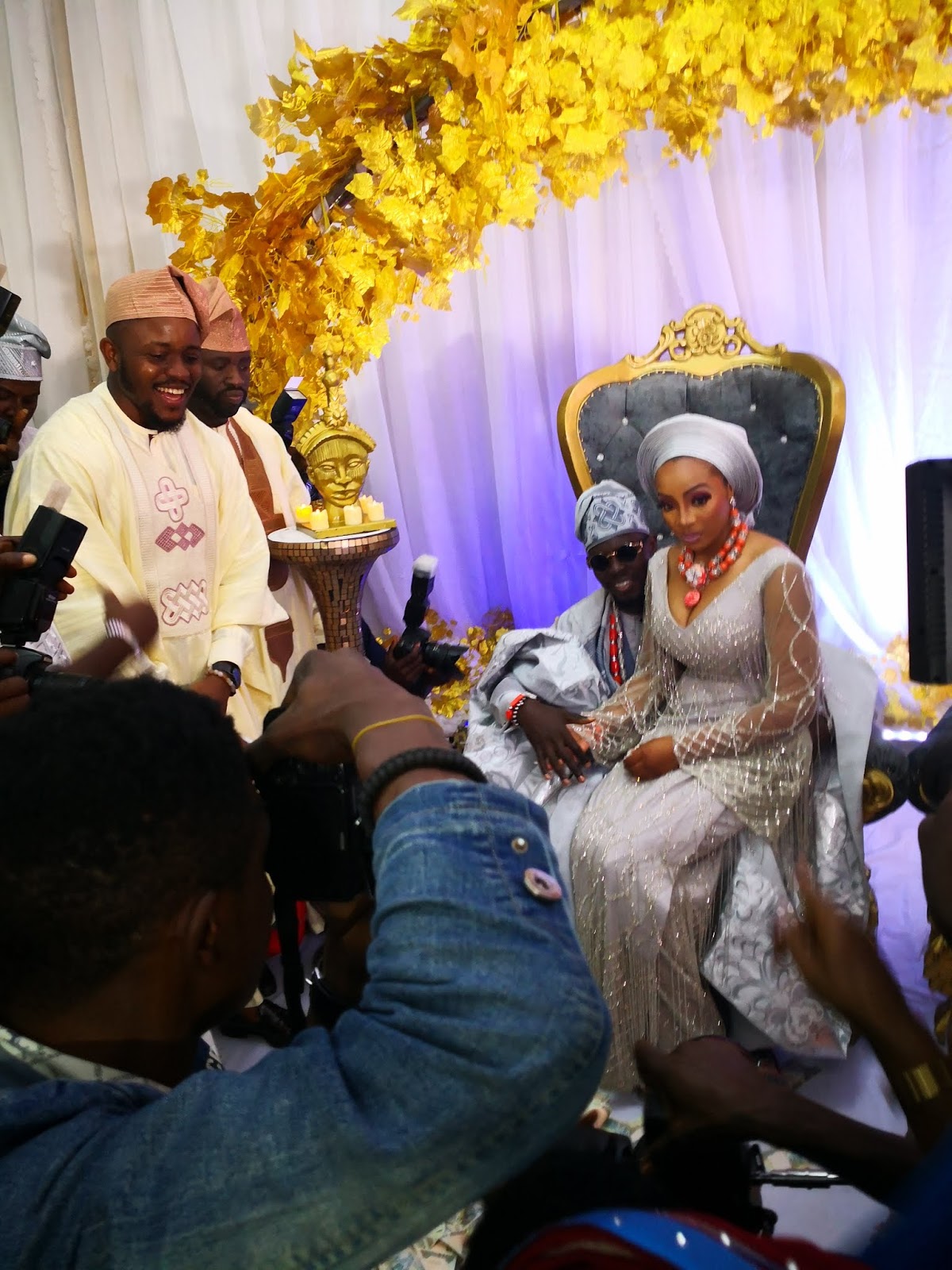 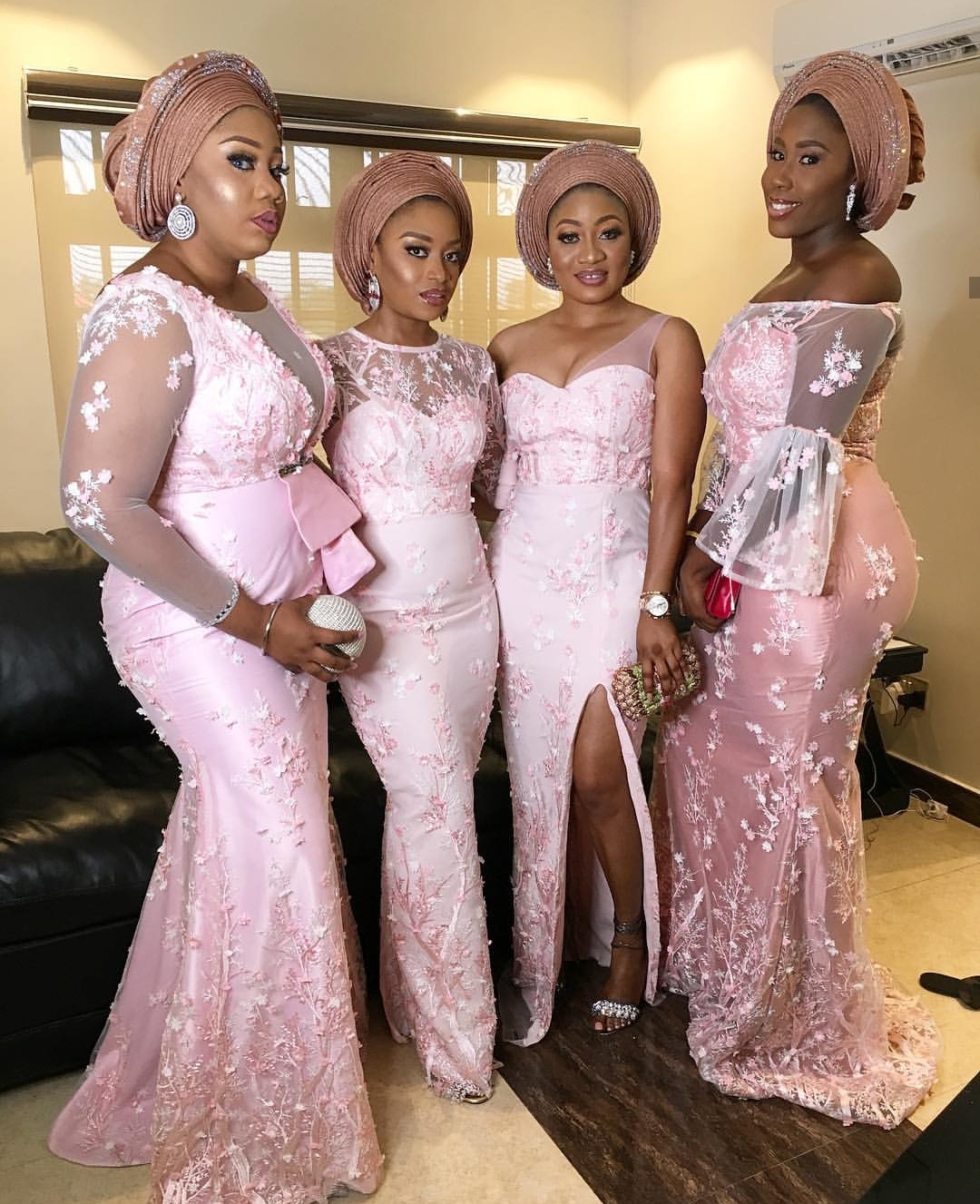 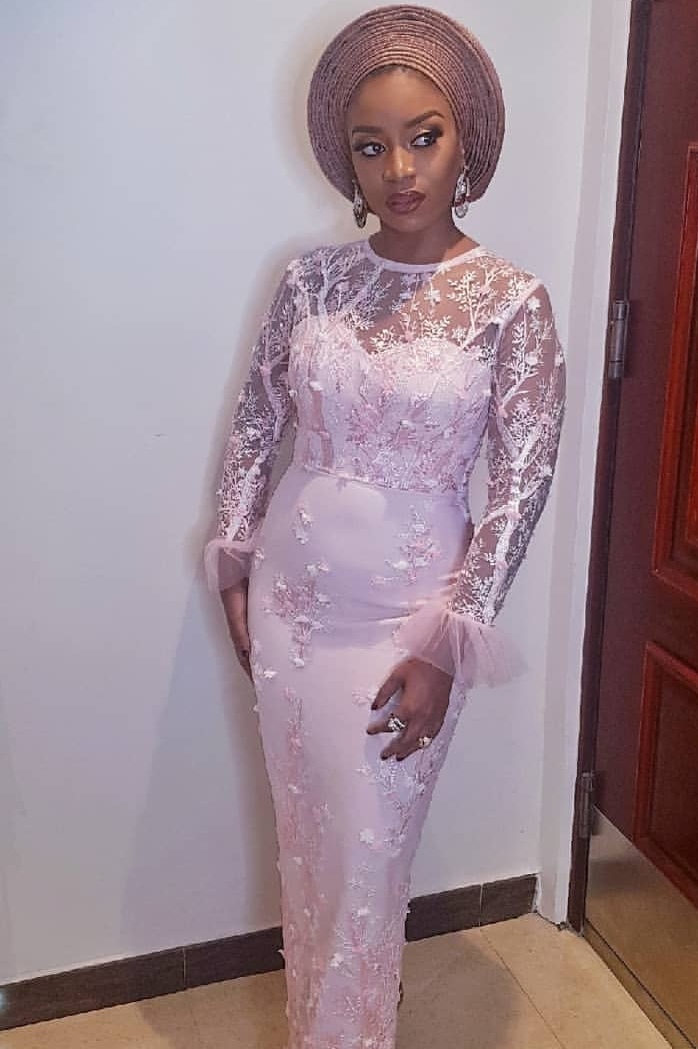 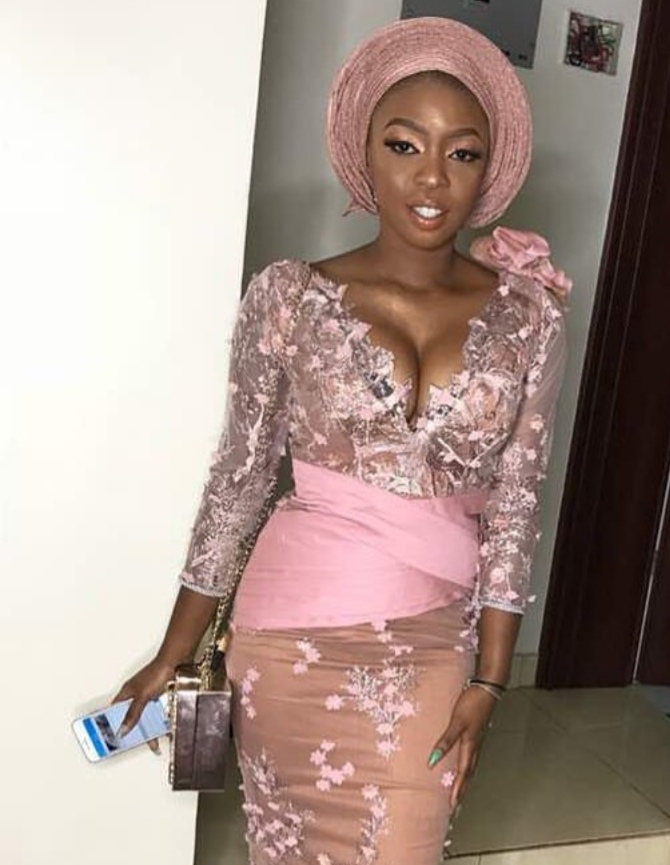 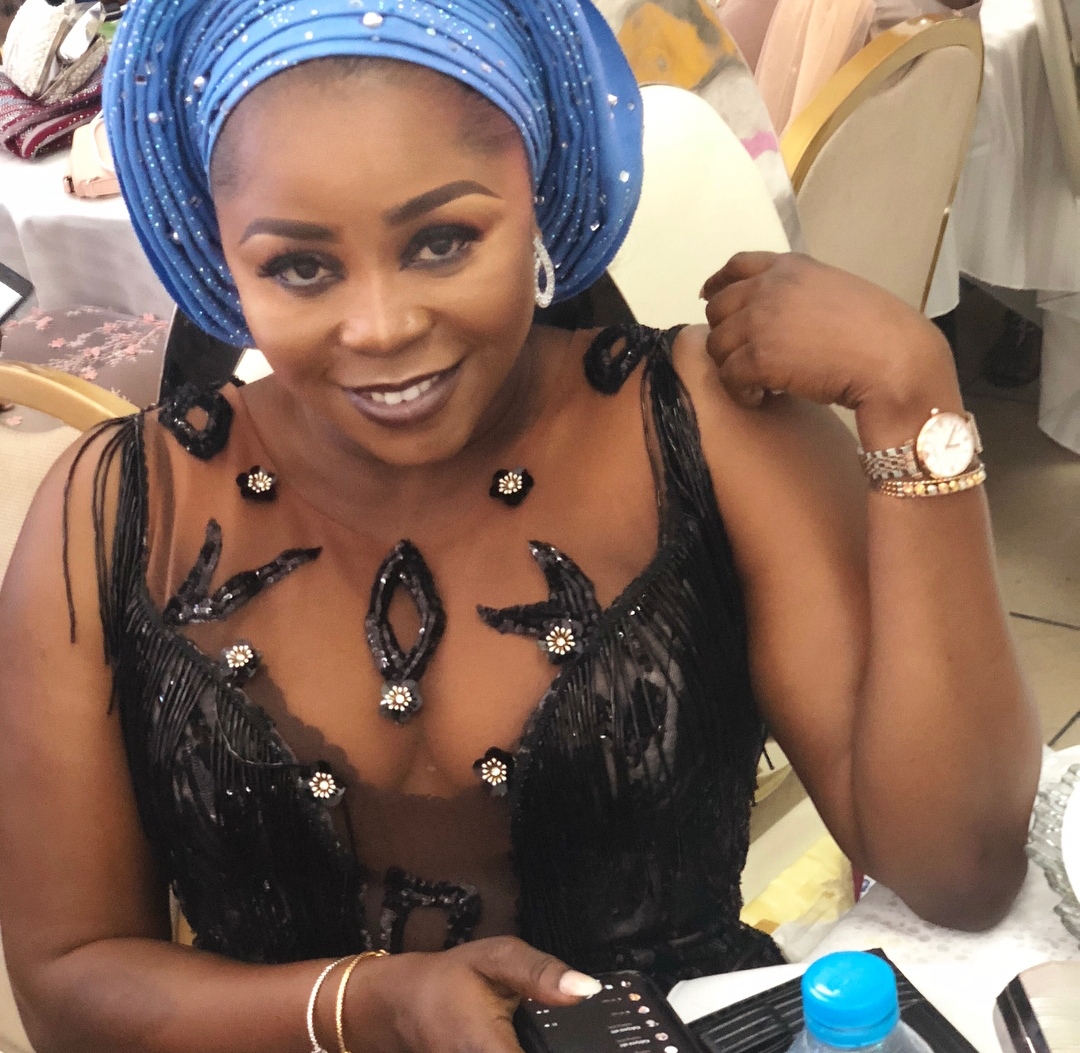 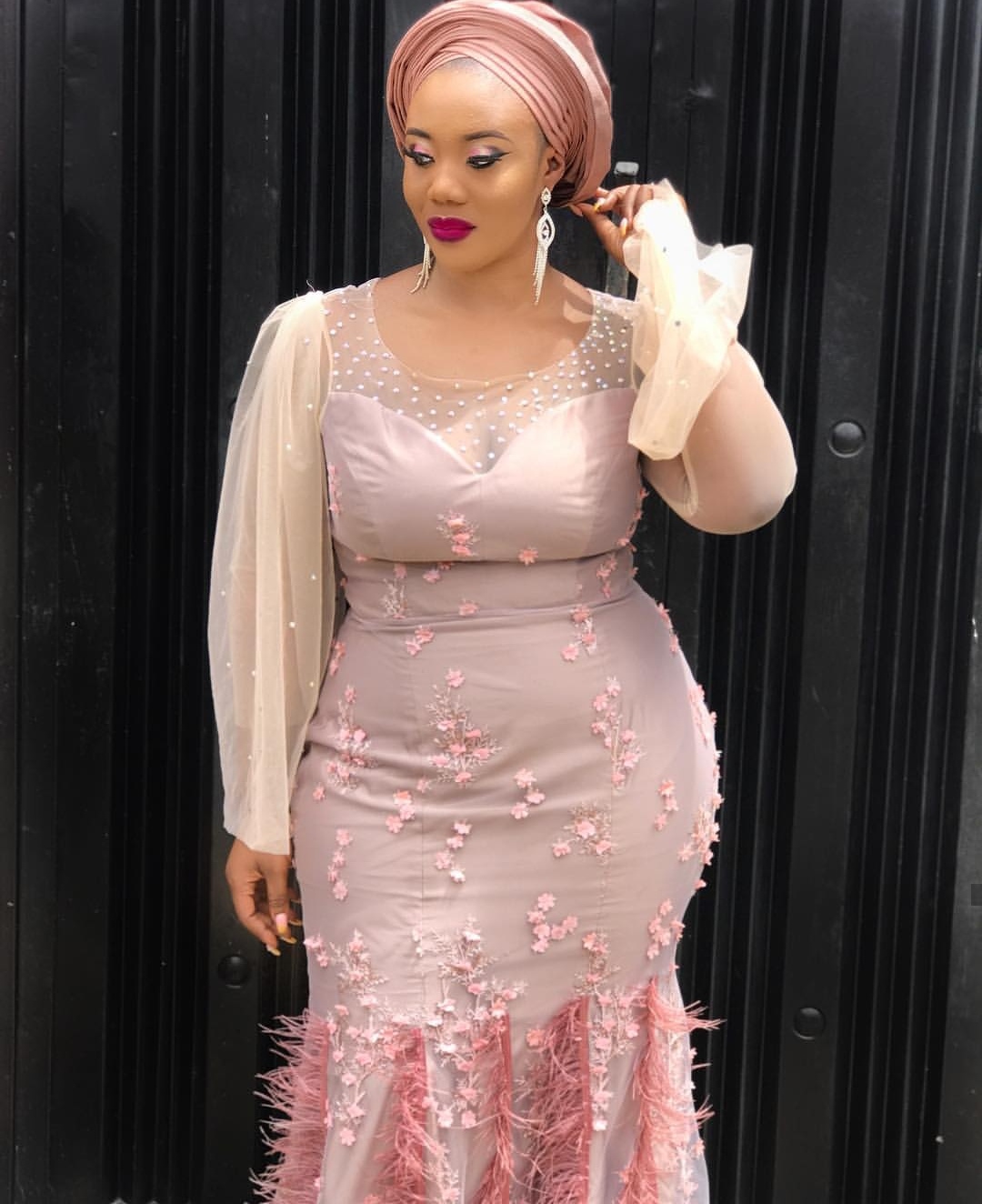 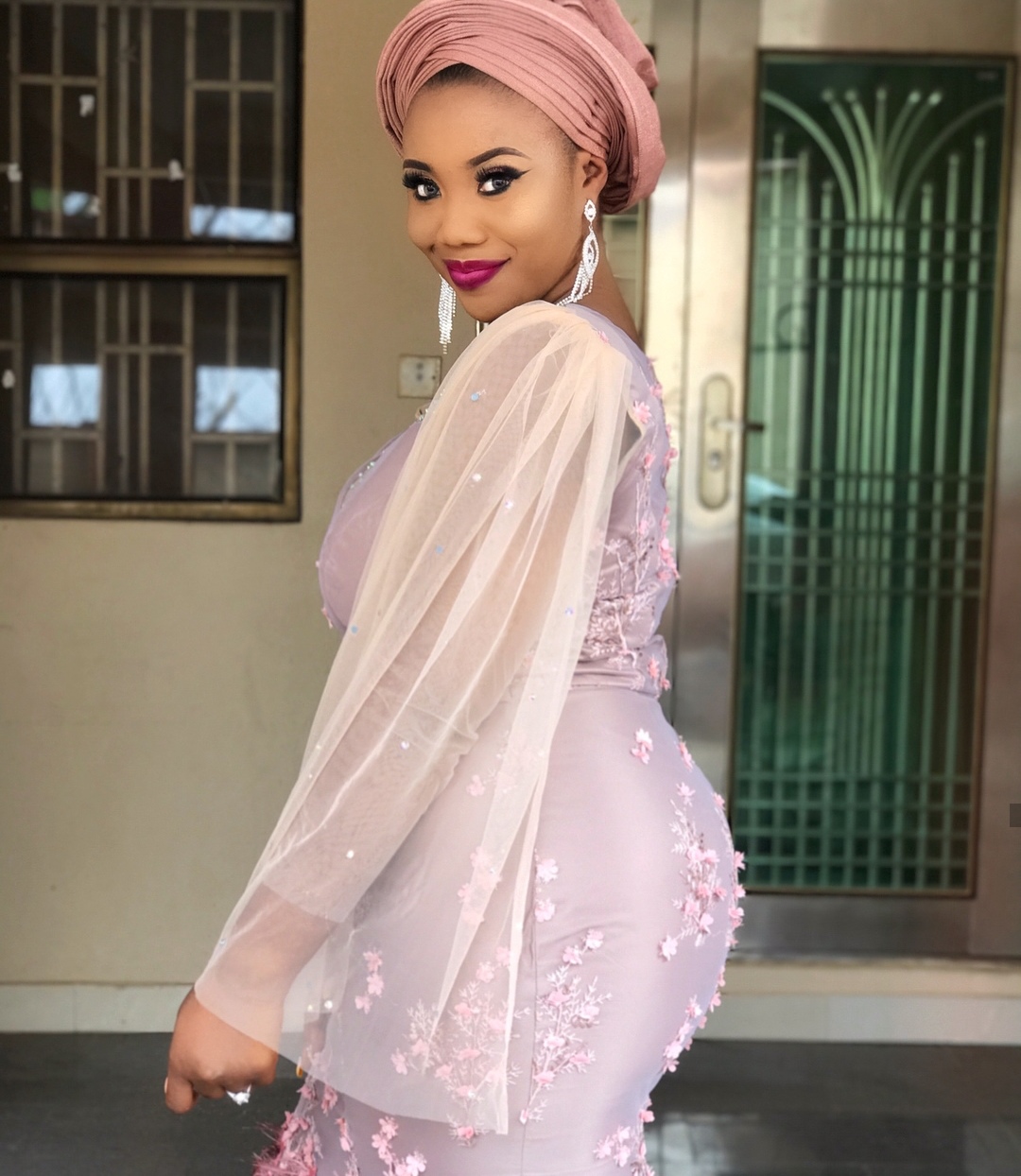 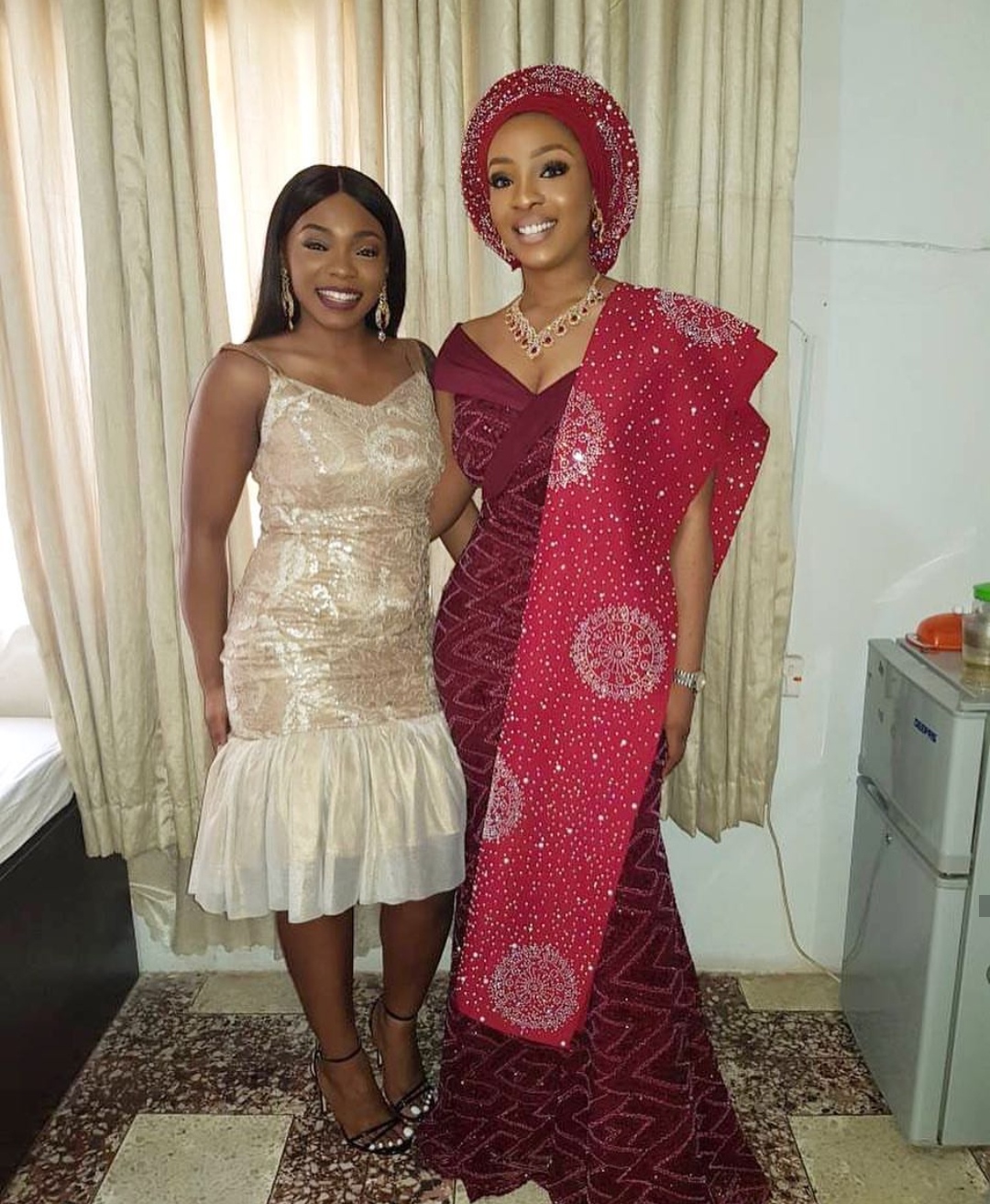 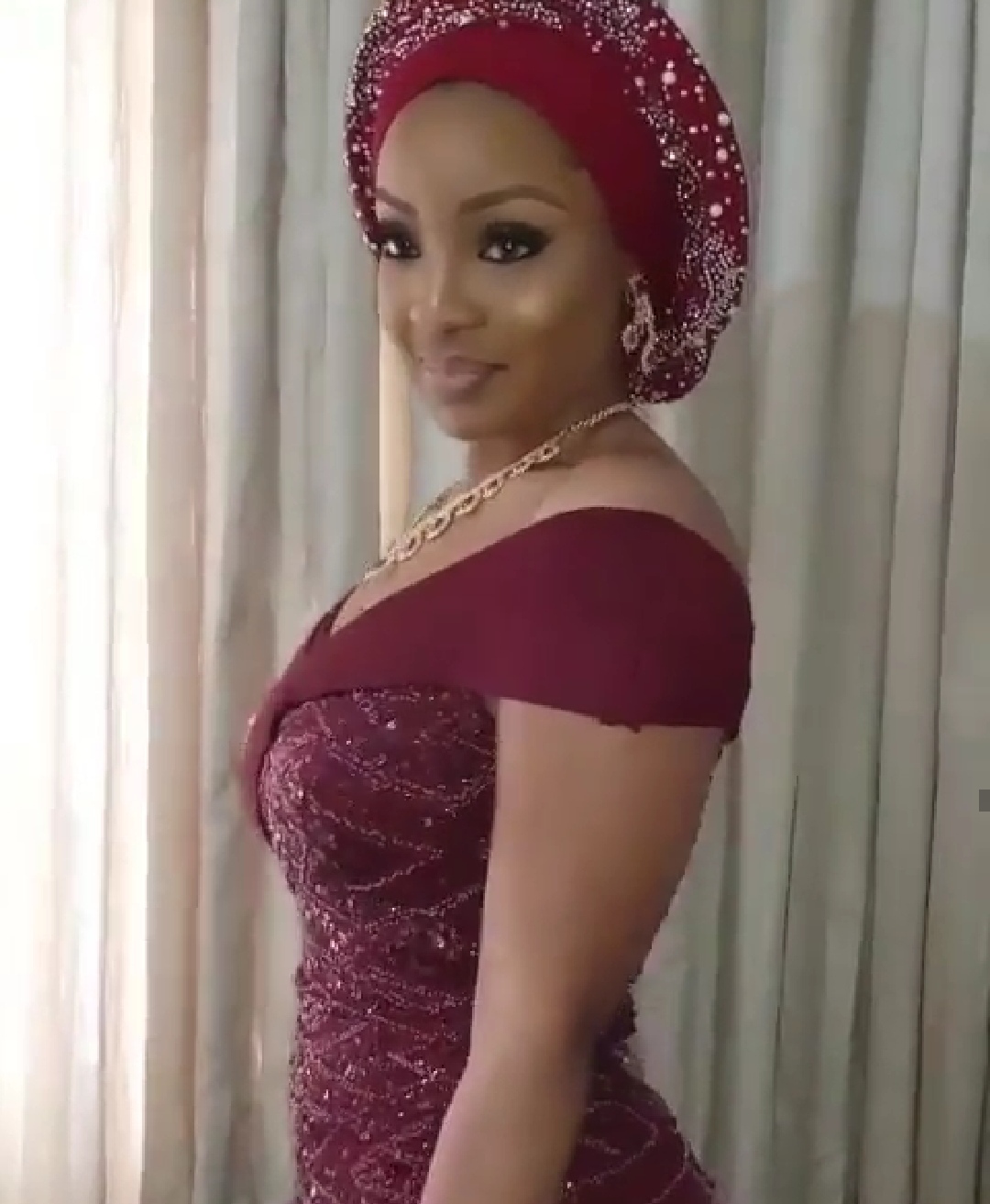 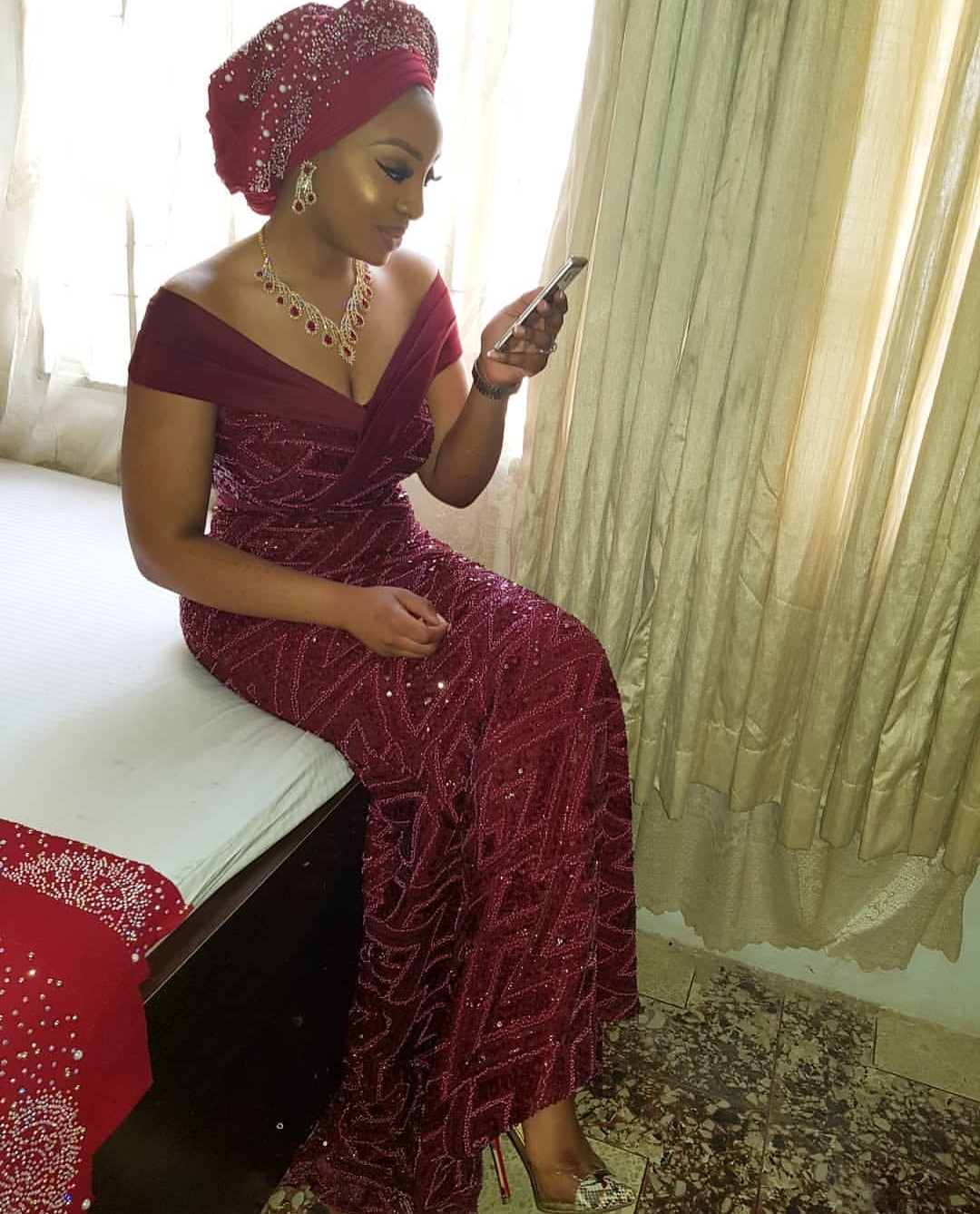 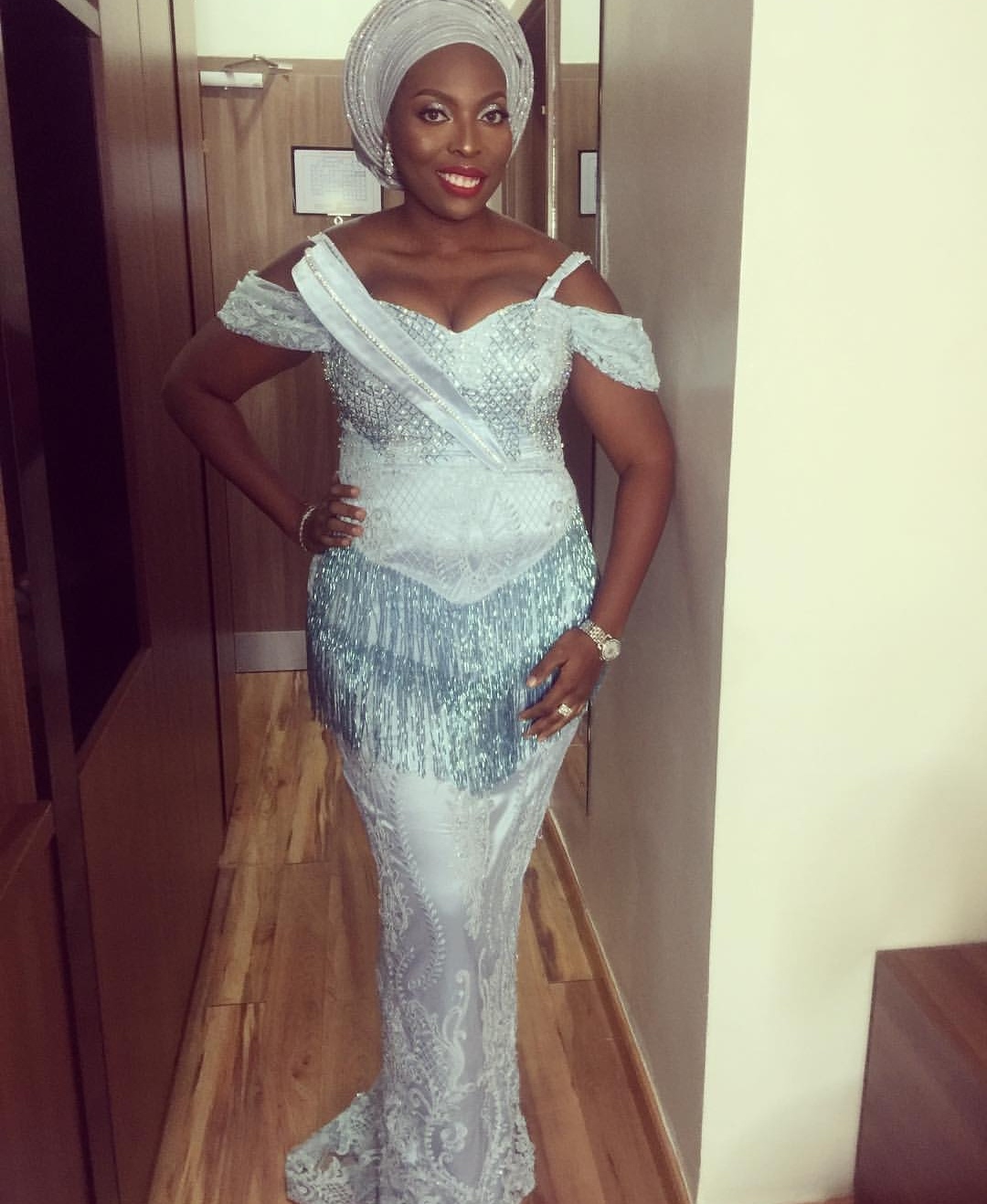 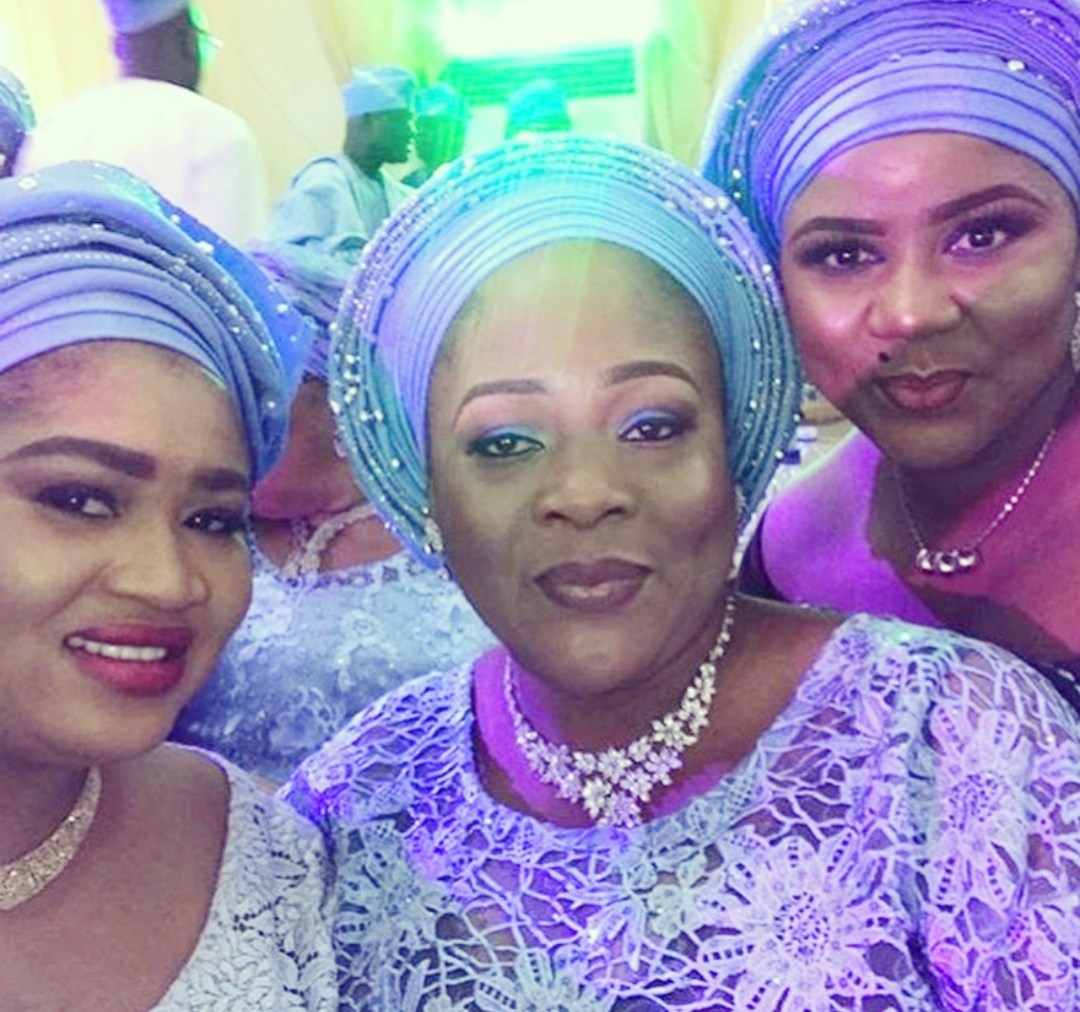 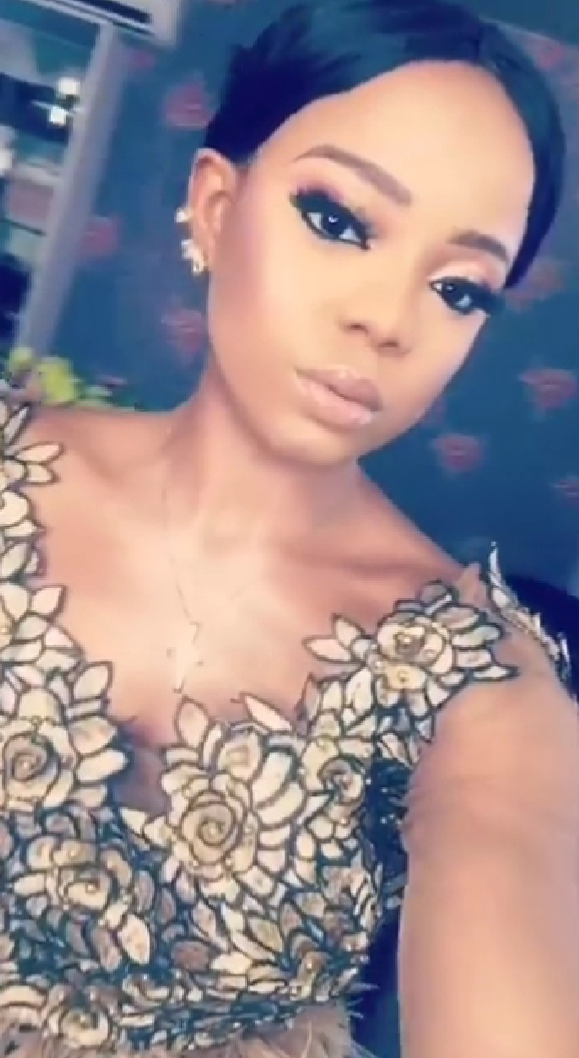 THE ULTIMATE MR. STYLE-“DR. BOLU AKIN-OLUGBADE” GETS SET FOR THE 10TH DELIVERY. WORTH $250MILLION DOLLARS IN 2015. HE SAYS HE BELIEVES IN CASH!!!!
Applications Open for the 2018 TEF Entrepreneurship Forum Travel Fellowship for African Journalists
Comment