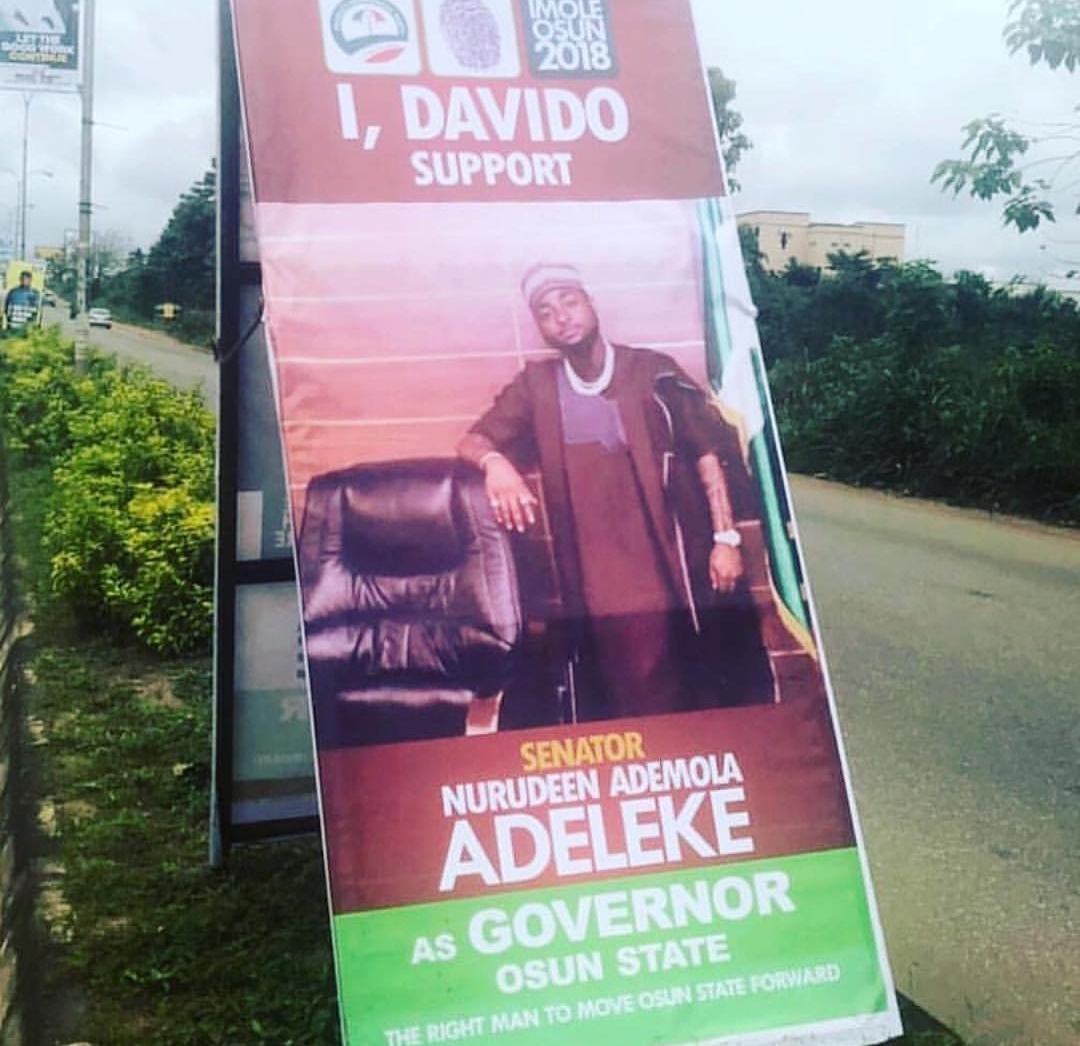 The question above is massive and it needs a response and a concise one for that matter. And we think it is good and worth it if we ask the question all over again but this time around, putting the name of the distinguished dancing Senator there now. So we ask again–what if Senator Ademola Adeleke wins the upcoming Osun State Gubernatorial/Governorship election come September 22, 2018, a date that is fast approaching and would soon hit us!!!

Would the heavens fall????? Would Zeus leave Mount Olympus in disagreement? Would Thor in anger denounce his power and reject his hammer?

This upcoming election after that of Ekiti State, where the incumbent, Fayose’s candidate and the PDP were beaten and with the outcome still somewhat marred by alleged misconducts, still yet to be examined for merits or dismerits by the courts; this Osun State upcoming election is one that is being keenly anticipated and watched by all and sundry.

The outgoing 2 terms Governor of the state, Ogbeni (Mr.) Rauf Aregbesola, a very close confidante of the National Leader of the APC, Asiwaju Bola Ahmed Tinubu and top chieftain of the APC himself is very concerned about this election, as he would want at all cost for his lieutenant, better still his former Chief of Staff-Gboyega Oyetola, the person who has occupied the very exact, same position the now super minister, Honourable Minister for Power, Works & Housing, Mr. Babatunde Raji Fashola held prior to him becoming the successful Governor of Lagos State, where he went on to serve 2 exemplary terms.

So maybe, Gboyega Oyetola having served successfully as the Chief of Staff already, is seen to have learnt very well and having the requisite experience, both in Lagos and Osun State so to speak, so the next step for him is to become the Governor of Osun State, if he wins the upcoming election! But all of this easy permutations being conjured up by many, about him sliding on to victory so easily are only feasible in an ideal situation, where all things are supposedly equal!!! Are all things ideal or equal?

2 major contenders, in the persons of Senator Ademola Adeleke of PDP and Senator Iyiola Omisore of SDP, a former Deputy Governor of the state, both of who are seemingly well grounded too, are well arrayed against the easy emergence of Gboyega Oyetola of the APC as the next Governor of the beloved State of Osun.

But the candidate we are focusing on today is none other than, “Mr. Dancer extraordinaire himself”, the world’s best hot stepper in the person of Senator Ademola Adeleke, who seem to have more of the chance for an upset than all others. One of the reasons for that thought majorly, is because he once did what was thought impossible, when against all odds, he won an election against the candidate of the sitting Governor then to win the Senatorial seat he presently occupies.

Let us even quickly digress a bit, there’s the very hilarious viral video of a twerking man, whose face though hidden but has a back that looked somewhat like that of our distinguished Senator (a striking resemblance at that). If it can be proven that the video was that of the Senator who was on the floor, shockingly and hilariously twerking madly away shaking his massive behind, then unfortunately, that person is not fit to be a Local Government Chairman, not to talk of him being a Governor. But alas, people have come out to say it was not the Senator!!!

So back to more serious matters, Is it possible for Adeleke to win the upcoming election in Osun State? Our answer to that is that, nothing is impossible again and to ignore him, just because he has been tagged as somewhat “unserious”, “highly comedic”, doesn’t take away from the fact that he could win, especially if care is not taken!!!!

There is the growing alliance in and outside the APC, open and subtle against the national leader of the party in the person of Asiwaju Bola Ahmed Tinubu, the Jagaban of Borgu. Though, Gboyega Oyetola, whether he be or he is not a family member of Asiwaju, the fact is that he is eminently qualified in all ramifications, but even at that????? Just out of spite, the votes that normally should accrue to him on merit, has become somewhat divided!!! So the campaign slogan of the opposition now is, “to reduce Asiwaju’s influence on all ramifications at all cost!

With the APC somewhat depleted due to unnecessary in-fighting, it has allowed an in-road someway for the likes of Adeleke and Omisore, to slide in and the truth is they are no neophytes neither are they pushovers. To ignore Adeleke and Omisore would be at anyone’s peril!!!!

To show that the opposition would do anything to win against the ruling party in the state, you could see how the PDP has done all that’s possible to close ranks after that initial disagreements. So they have now adopted a common enemy as against in-fighting, which was really messing up their chances before. So the catch phrase now is, even if it is quiet, “all out war against our common enemy”, the APC & her candidate and the sponsors.

With a more united front, the battle can be fought well and better, with the very good possibility or chance to win. The way it is right now, the only place that is too too sure for the APC in the coming elections in the SouthWest is probably, Lagos!!! If in the other states, they don’t pick the right candidates and the in-fighting continues unabatedly, then things might be very dicey for them.

PDP is very desperate as it were now to make a major point and the best place to start is none other than Osun State after their unbelievable loss in a Ekiti, just a few months to the Presidential election come 2019 and their chosen candidate for Osun in the upcoming election is Senator Ademola Adeleke. Would he win???? Hmmmmmmm!!!! We don’t know, but let’s wait and see. The money chest Senator Adeleke would be taking into this battle by all indications, would be staggering and unprecedented. Not only does he have his brother’s (Deji Adeleke) unflinching support, that’s Davido’s dad who is a multimillionaire, many say billionaire, he has also boasted openly about having the might of Dangote and Otedola and others not named behind him!!!! Even his nephew, Davido himself is giving full and unflinching support and may be able to shift awesomely the support and votes of the youths, who just for the fun of it might just decide to vote for Adeleke.

If he does win, come September 22, 2018!!!! Then we can expect the most awesome dance steps ever imagined by any in the world!!! Are we game for that??? Can the jester perform an extraordinary masterstroke ??? If he does win, it could signal also an unprecedented build up towards 2019, while also triggering the likes of Senator Dino Melaye, Governor Ayo Fayose, Senate President Dr. Bukola Saraki, Chief Olabode George, Chief Olusegun Obasanjo and others to go into a frenzy of celebrations like never ever imagined before.

BREAKING NEWS-FEMI OTEDOLA ACCEPTS PDP’S TICKET FOR LAGOS STATE!!!!!
THE ULTIMATE MR. STYLE-“DR. BOLU AKIN-OLUGBADE” GETS SET FOR THE 10TH DELIVERY. WORTH $250MILLION DOLLARS IN 2015. HE SAYS HE BELIEVES IN CASH!!!!
Comment