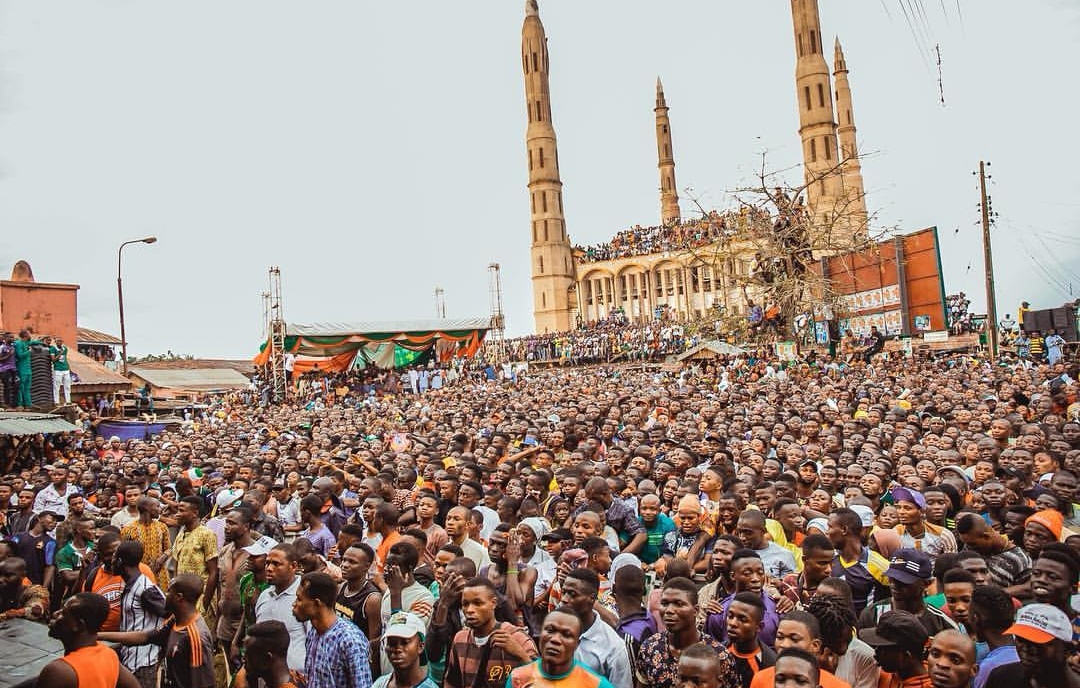 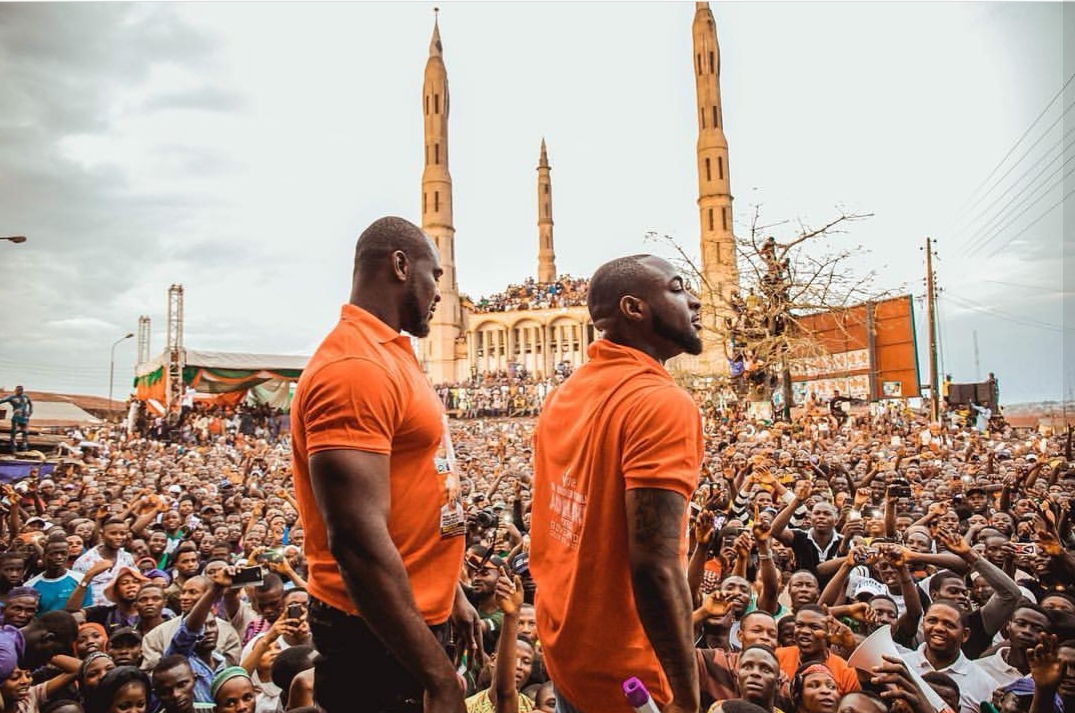 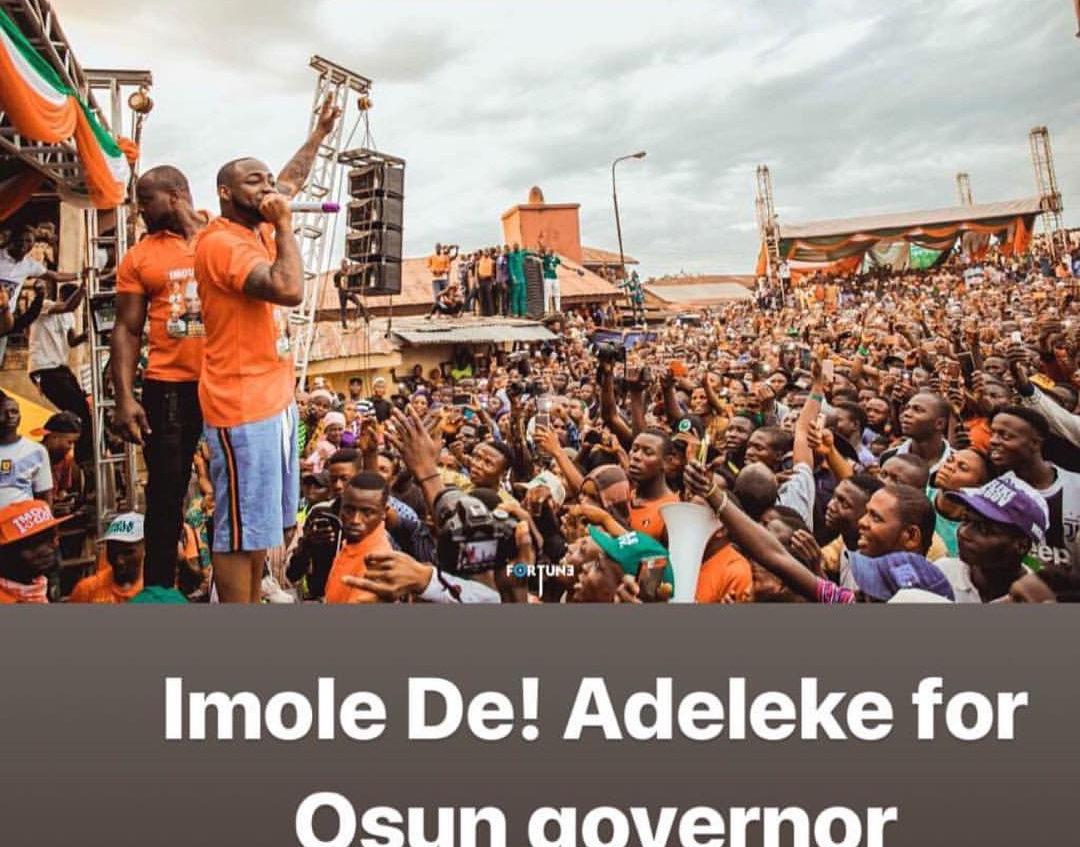 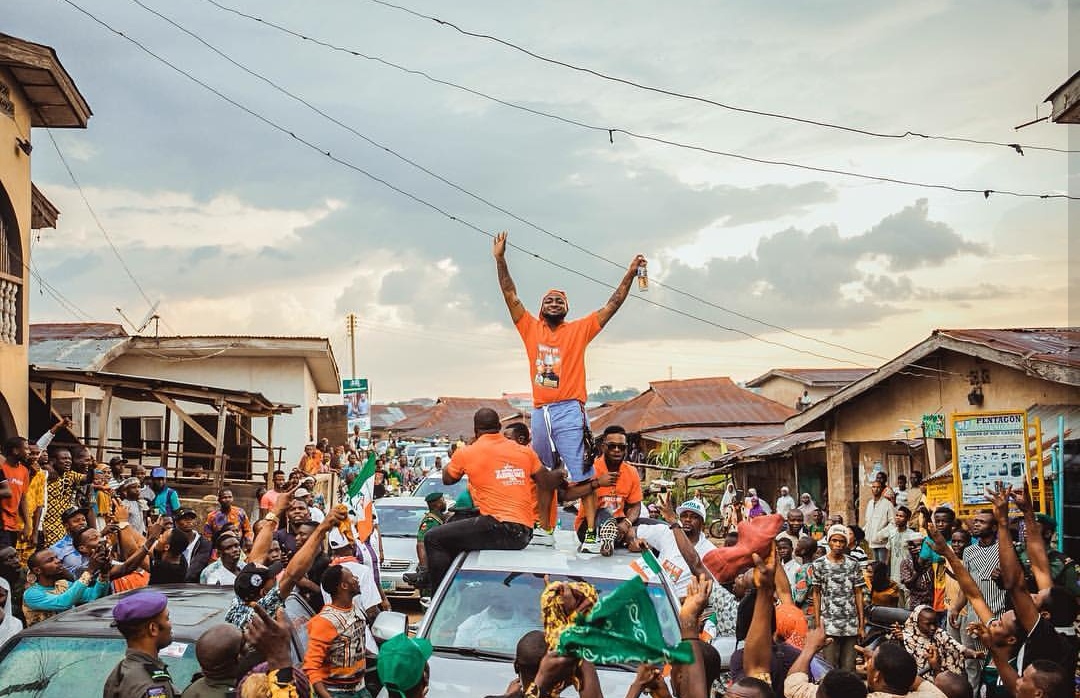 Like we already said before and we aren’t going to nor are we planning to bore you by over reiterating it, but the truth basically is that,, to ignore Senator Ademola Adeleke of the PDP, would be to do so at your own peril.

If we can judge by the mammoth crowd that Davido, that is David Adeleke the world renowned musician/entertainer addressed on behalf of his uncle, for the Governorship election campaign is anything to go by, especially for an election that is just exactly a week to come in Osun State, then many are predicting a very tight election result, which could swing either left or right and could spring a major unbelievable surprise either way.

Pictures it has been said for eons, speaks a lot of volume. Maybe the pictures above at the rally with Davido, would better communicate what we are trying to say, without saying too much!!!!