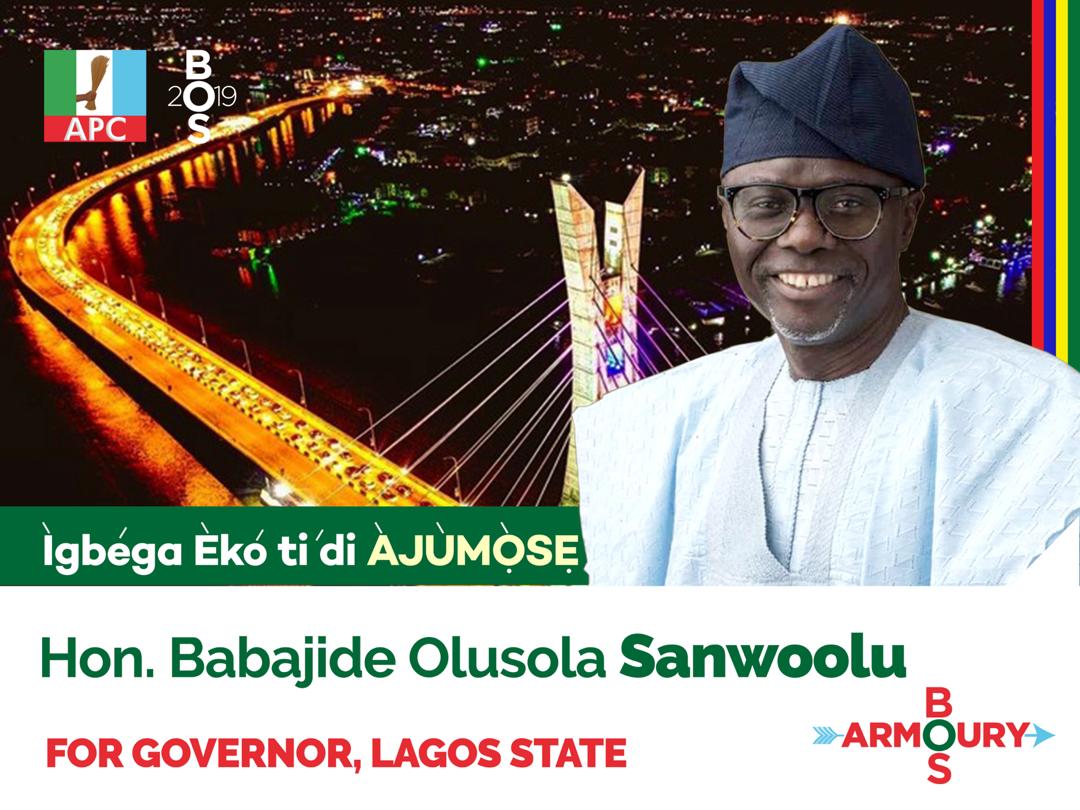 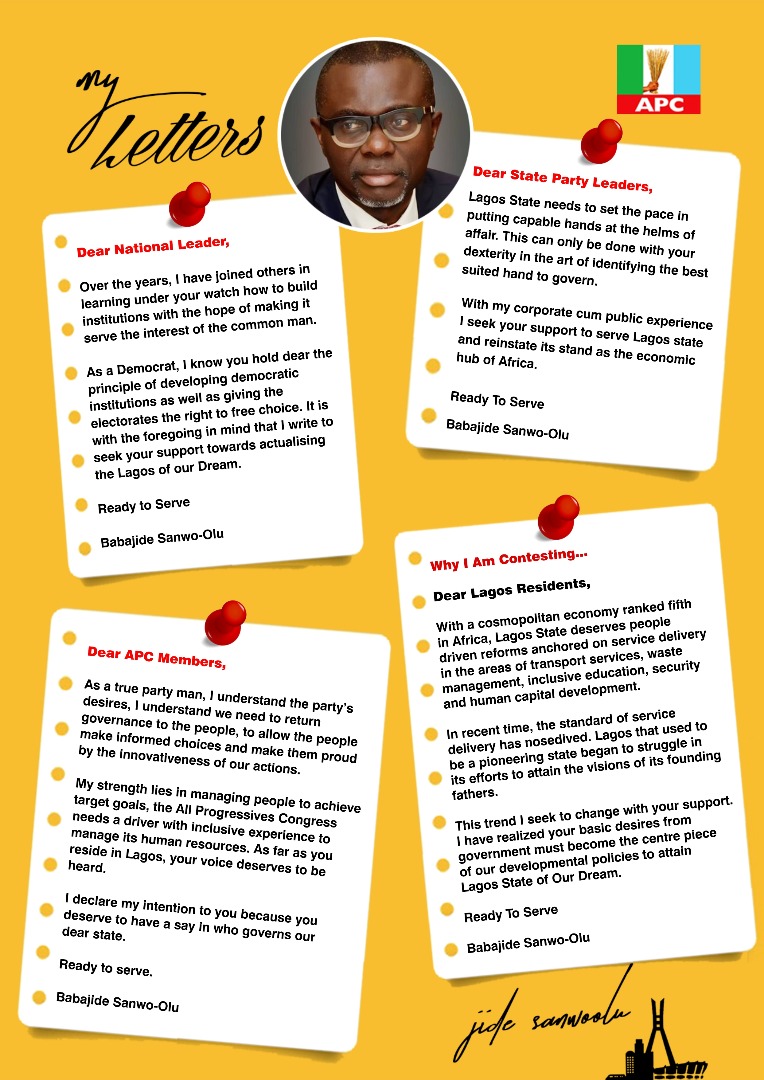 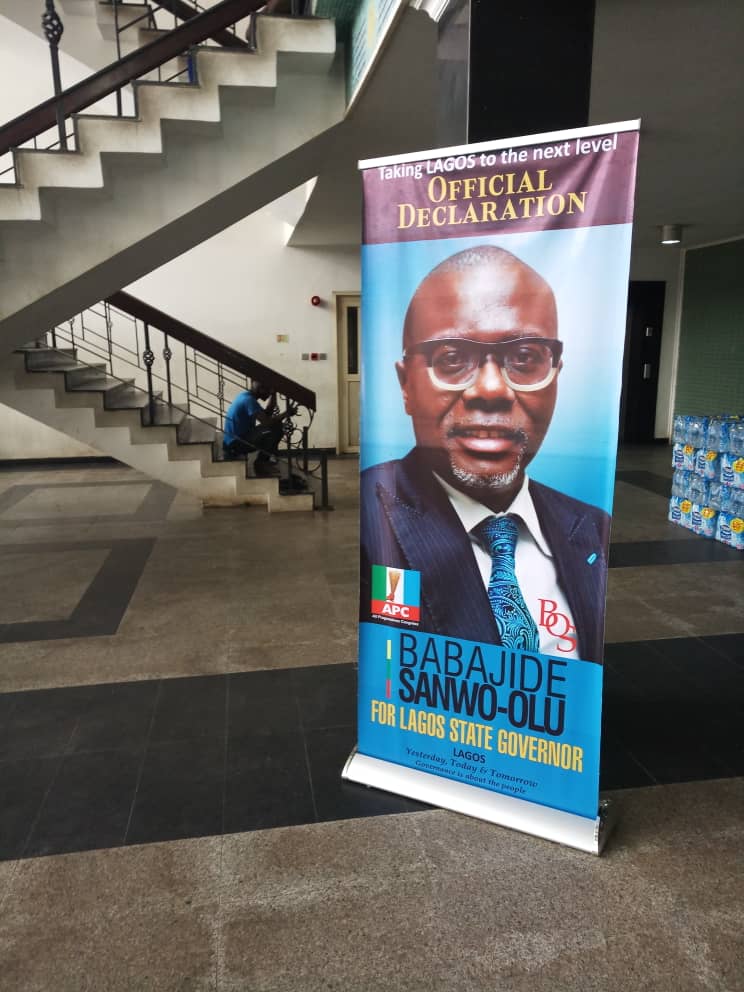 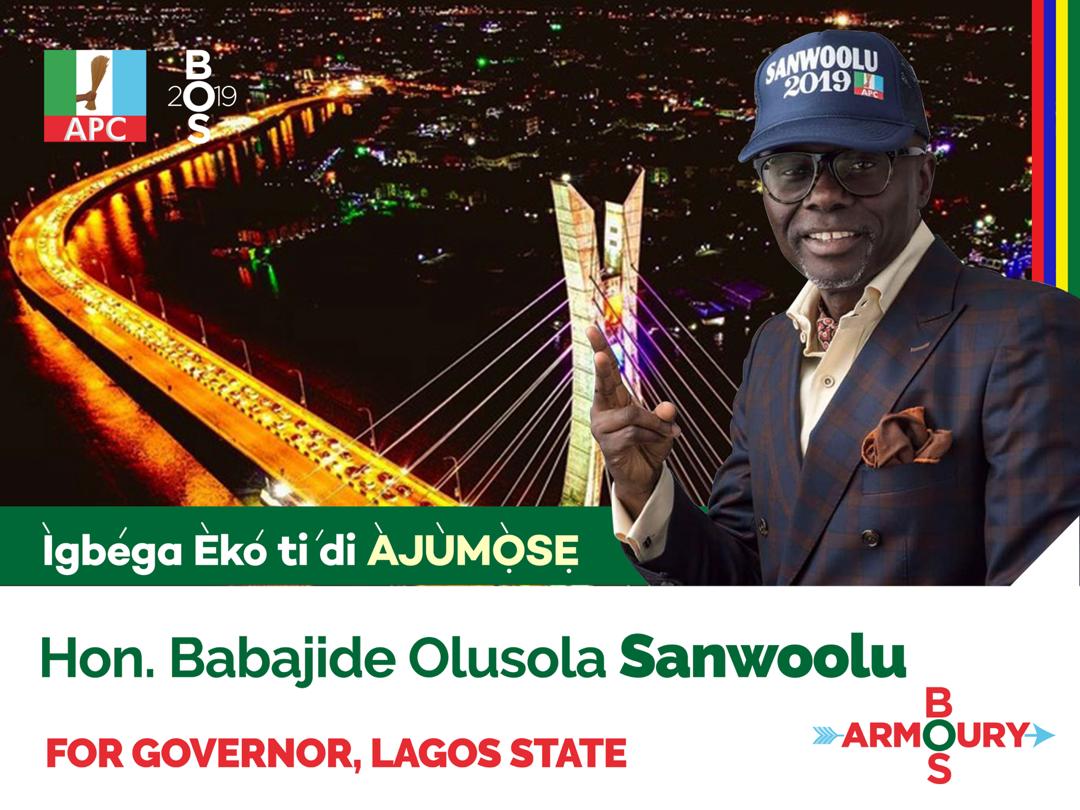 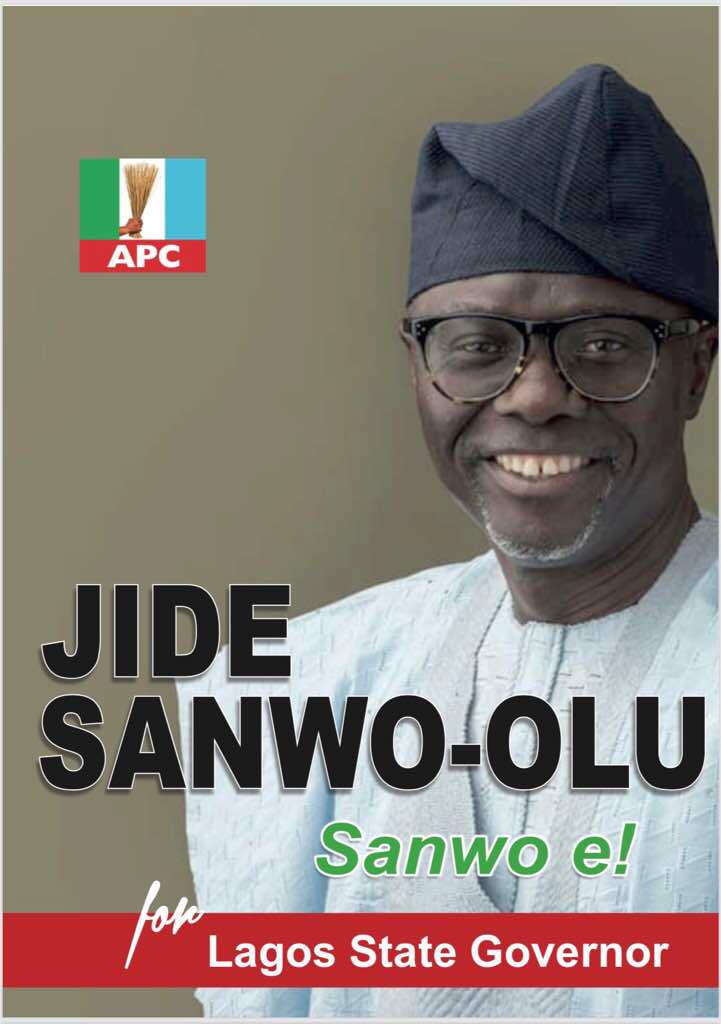 Some have already started addressing him and calling him the Governor-in-waiting!!! Would that tag be right or wrong? What could have given those his many supporters and growing admirers such audacious confidence in the face of the mountaineous and supremely difficult task ahead?

Why does the very seemingly quiet man evoke such firm and totally unflinching loyalty and backing? What is his pedigree? Of what stock is he made of or made from? It takes a man of mettle, very strong mettle at that, with strong tenacity of purpose and great mental prowess to engage a sitting Governor with strong arsenal at his disposal in a battle of wits! Especially a Governor of the caliber of Akinwunmi Ambode!

So who is this man whose name in the last 2 weeks has become the recurring decimal, such that people have been wondering aloud that? Who is Babajide Olusola SANWOOLU?

Infact who is this person that all the powers that be in Lagos political powerhouse are queuing decisively behind and are willing to stick out their necks for, so brazenly and so openly, no matter whose ox is gored? Infact so willing to utterly discard the one who normally they should be clamouring for and supporting implicitly and explicitly, doing a 360 degrees, full circle turnaway from and now shifting all, infact everything away from and towards another!!! Na wa oooo!!!!!

So the whole party machinery, we mean everyone that has weight have all shifted their allegiance from Ambode and straight to Babajide Olusola SANWO-OLU, in an unprecedented act that has left everyone’s mouth totally agape. A total wonder, tantamount to removing the ladder after one had climbed up the hill or mountain!!!! Is it a statement powerfully stating, without flinching that one must never bite the hand (s) that fed you?

If all can be summarised out quite succinctly, is it best to state rather clearly and unemotionally that–“AMBODE IS A Goner!!! ” atleast as far as it concerns getting the APC party ticket for a 2nd term! But can the dead bone not rise again, with more vigor and far more strength??? There are still days ahead though, some are still saying quietly but very firmly that anything can still happen! But can it? Especially with how far things have gone!!!! We don’t know if surprises of the most unbelievable kind can still spring up again though?

So let’s talk about Babajide Olusola SANWO-OLU. Let’s talk about this most powerful queen in the game of chess, who is the current MD/CEO of the LSPDC, that is Lagos State Property Development Corporation, a post he has held since 2016. The family man was born 53 years ago. Holds a Bsc. Surveying and MBA, from the University of Lagos. An alumnus of Kennedy School of Government, USA, also London School of Business and Lagos Business School. Was a Special Adviser on Corporate Matters to the former Deputy Governor of Lagos, Mr. Femi Pedro. SA to Asiwaju Bola Ahmed Tinubu, when he was the Governor of Lagos State. Commissioner for Budget & Planning-saddled with the onerous responsibility of preparing the annual budget of such a state as Lagos State. Then under the administration of BRF he handled the portfolio of Commerce & Industry from 2007 till 2011. Then BRF moved him in 2011 to Establishments, Training & Pensions.

He at a time supervised the BPE (bureau of public enterprises) privitization projects. Worked on the concession of the National Arts Theatre, Lagos International Trade Fair Complex. Worked on the acquisition of Ikoyi Hotels Limited. He is a former Banker, having honed his skills at Lead Merchant Bank, where he held a very important position. He then moved to UBA, where he was a Senior Manager and Head of Foreign Money Market, then he moved on to First Inland Bank (Now a part FCMB), where he became a DGM, a divisional head. A corporate financial advisor to many multinational companies. He owns his own group of companies under the holding-Baywatch Group Limited.

He was the pioneer chairman of the Lagos State Security Trust Fund, which he built up from the scratch. He also built the Control and Command Center in ALAUSA, and he established the LAGBUS system in 2006.