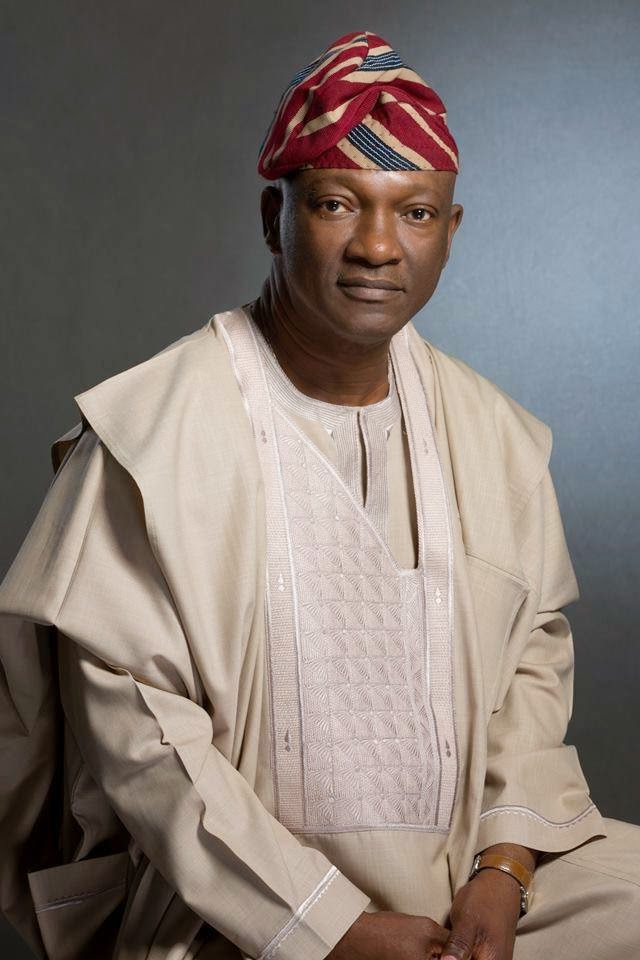 The drama to see who becomes the next Governor of the state of excellence, that is Lagos State has gone totally off the roof, as renowned Pharmacist and politician, infact the alleged winner of the last election, Mr. Jimi Agbaje 61 (Olujimi Kolawole Agbaje), a relation of the MD/CEO of GTBank-Segun Agbaje has again thrown his hat into the race too.

JK/JayKay like Jimi Agbaje is better known had contested in 2015 as the flagbearer of the PDP then, and from the results that was declared which swept Akinwunmi Ambode of the APC into power, the gentleman was said to have lost gallantly but by the nearest margin possible in an election, especially one contested for in Lagos. There were those then, who actually felt and even believed that JK might have won that election, but at the end of the day the officially declared result /record said Akinwunmi Ambode won and the rest like they say is history.

So after 3 years in oblivion, without even a whimper of any kind, somewhat licking his wound and totally minding his business, doing all that was possible to get his company back on sound footing again, the man who gave the APC a major scare then and a run for their money has decided all over again, to give the race towards becoming the Governor of Lagos a fair try once again.

We think that with what is seemingly ongoing at the APC, where there is the likelihood that the incumbent, Akinwunmi Ambode might not get the nod for a 2nd term, the PDP are of the opinion things might not augur well for the APC, so they are preparing to take advantage of the situation. Some are of the thought that if Jide Sanwoolu actually emerges as the APC aspirant or candidate and Ambode is discarded, there might ensue some form of protest votes against the APC, just like it happened with SDP & NRC, many years back, allowing for a good candidate of the opposition the opportunity to just sneak in and take the poll. Sane way Sir Michael Agbolade Otedola came in to power then though his reign was shortlived!

So with JK expressing his interest and intention, maybe it would be a battle between JK and Femi Otedola, to secure the ticket of the PDP to run against whoever emerges on the card of the APC. Though Otedola’s interest in becoming a Governor of Lagos had been thought to be later in the future, precisely 2023, he might be forced to move that ambition backward to 2019, with how things are panning out, especially if Ambode were to lose out to Sanwoolu at the APC primary that’s upcoming!

People have claimed amd had said there had been some kind of unsubstantiated gentleman’s agreement between Ambode & Otedola not to run against each other for any reason, but the so called agreement becomes null and void, in the circumstance that Ambode is not involved no more as a candidate of the APC.

But even if the oil and gas mogul would want to run, he would still have to battle it out 1st with gentleman JK, who also would need to resurrect his comatose team and machinery for the fierce battle ahead. First in a duel with either FO and some others, to see who would become the Party’s flagbearer, before moving in to face the main battle for the massive prize!

So would it be Ambode vs. JK part or series 2? Or would it be Sanwoolu vs. JK or FO-battle royale in Lagos? Hmmmmmmm…….

Let’s just wait to see, as the unending drama unfolds!!!! As we the spectators/audiences gets our popcorns to watch in HD!

SO WHO FINALLY GETS THE CAKE TAGGED JEREMI? BABY MAMA1 OR EEA!!!
AND LINDA’S BABY NAME IS JAYCE JEREMI FINALLY PUTTING TO BED BABY’S PATERNITY
Comment