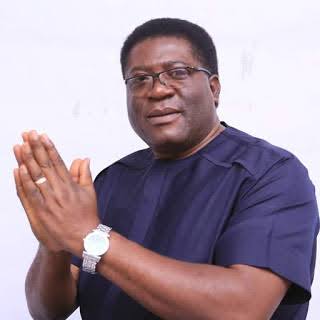 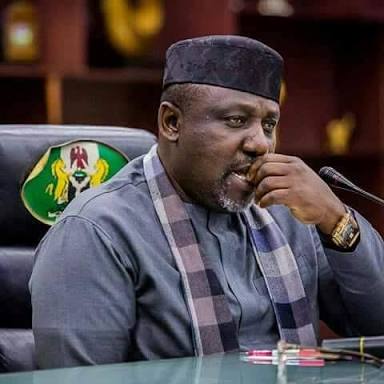 The court in Imo State might have added to the issues with the Governor of Imo State in the person of his excellency, Owelle Rochas Anayo Okorocha as what he had thought was a finished job, when the state House of Assembly telegraphically impeached his well loved deputy, so as to render him comatose and irrelevant has somewhat backfired.

The court in Imo State has stated equivocally that the hatchet job of an impeachment was null and void and couldn’t be supported by the law.

According to Justice Iheka of Court 8 of the Imo State Court of Law, the purported impeachment of Prince Eze Madumere, by the Imo State House of Assembly had no basis in law. The way and manner by which the impeachment was done is not supported by the law. So the Deputy Governor was reaffirmed and reinstated to his post with immediate effect.

With this judgement, we are too sure that the fire works would start anew again. It would be recalled that after the Deputy Governor was then impeached by 19 members of the state House of Assembly, Governor Rochas Okorocha had tried to immediately install another more placable one in his place in the name of Sir Calistus Ekenze, but the court in July of 2018 had restrained the Chief Judge of the state via an interim injunction not to swear the Governor’s choice. So after that initial judgement, is this new judgement stating the status quo as it was before must be maintained.

SENATOR IYIOLA OMISORE AS THE MOST IMPORTANT MAN IN POLITICS RIGHT NOW..
AND SO ADEMOLA ADELEKE MIGHT HAVE DANCED TO THE GOVERNOR’S OFFICE!
Comment