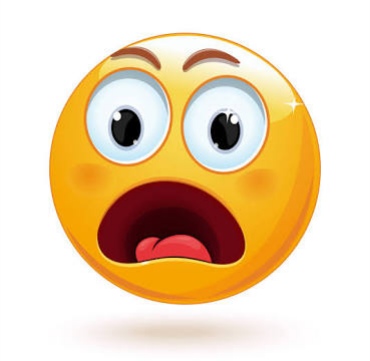 She is of Yoruba extraction. Tall, shapely and she is as beautiful as they come. She’s got everything in their rightful place and fetching by all standards. In fact if we were to describe it better we would  have said the shape to die for in all ramifications. To add to it all, she’s also an exquisite dresser too, someone who apparently understands very well the laws of draping (or drapery), by that we the mean the ability to mold those perfectly gorgeous contours or is it proportions very well in outfits that would further accentuate it. She cannot be in a place without you catching or taking a notice of her. Those her smoky eyes are so very sexy, they perpetually send out unrelenting sparks that most men cannot ever resist.

Maybe those were part of the things that have held her man, not her husband ooooo, captive all of these while!!!! To say the least she is as irresistible as they come by all accounts. One would have thought her husband was a lucky man, but alas he is just a glorified husband in name and tag, as his wife is in love with another she might be calling to his face her uncle!

We recently saw her again in her fawning glory at an event and even we ourself marveled and was totally bowled over by the raw sexual energy that she exudes magnificently. No wonder her man, again we say not her husband, but her uncle-man friend of several years running now, is in fact a very married, super liquid man at that, who seems unable to do without her, even with several others still at his beck and call!!! ! Imagine that at the party she was supposedly a guest at, she even had a change of outfits as much as even the celebrant,….. like she was the focus of attention, up and about every where like the ultimate peacock in its dazzling displaying glory!!! She carried on like the unofficial other wife in the glare of everyone.

Both girlfriend and uncle, have been a major item for many years now. Truth is, this our lady is actually known to the man’s wife! She is a part and parcel of their household, but not as his long term girlfriend, for madam is known as a tigress that doesn’t take no nonsense at all and would have torn her to shreds, if she knew what was going on under her very nose, but she is seen as an “acclaimed quite innocent younger sister, who is happily married and knows nor sees any evil by the wife (madam)  who also sees the younger lady as her somewhat confidante. To show the stuff what Madam is made of, she had at a time, not minding whose ox is gored, totally disgraced and embarrassed, sending away some foolish girls that she had suspected as her husband dalliances at a party in their home before.

Just imagine that madam by her own herself confides in this young snake or is it serpent, telling her nearly everything that goes on in her own household! It’s like pouring water into a basket. While she outwardly acts or portrays the mien of an innocent goody two shoes, like a nun who totally believes in chastity, this mother of 4 and supposed madam’s little sister, is a wanton of massive proportion, who actually also doubles as oga’s babe and his consistent bed mate of many years running now!!!

So into each other are these 2 lovebirds that chairman even bought her a house in Magodo in compensation for their love a while back. That’s not all at all ooooo, because of this our gorgeous lady, this ultimate boss who is known to be generous to a fault, at a point got a sizeable chunk/amount of shares in a financial institution, so as to pull weight considerably and then made sure to help move this his babe from where she was at before, a very popular financial institution very synonymous with red, whose brand name sounds like the surname of the shortest reigning Governor ever in the history of the country from the South East to another financial institution whose brand name actually refers to the center, the core, the cornerstone, the heart, the crux, the mainspring or the priority, where she got another more elevated position.

As it is now their love is waxing stronger and stronger by the day and still totally under the radar, but only known to those who should know and that’s a very small circle. 4 kids & a doting husband, but B as that is the initial of the shortened form of her name which actually says add more to wealth and A as the initial of her surname, is still an unrepentant side chic per excellence!!!!