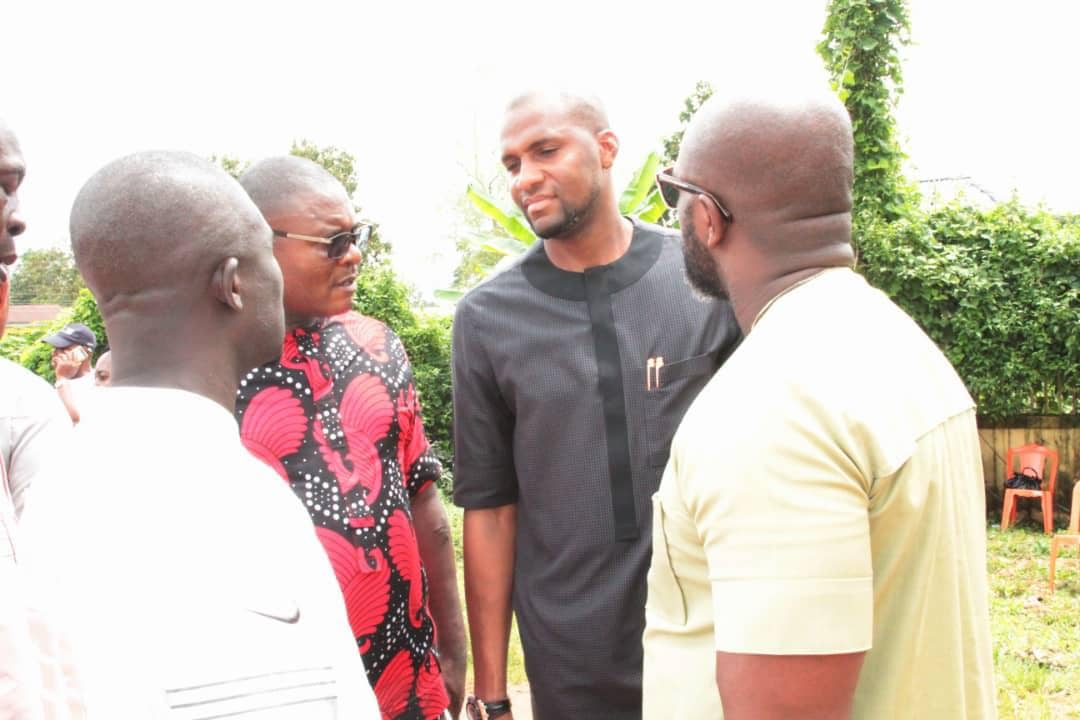 His community in Bende Federal Constituency had been clamoring for him to come out all of these years to represent them politically for a while now and he had stylishly declined claiming not to be ready. But finally this season, after being asked again he decided the time had come to pitch in and heed the call of his people who love him to the state of worship!!!

Reason for the near cult like followership is not far-fetched at all, it’s because the young man from quite an early age had identified with his people, long before politics came into it, no year passes without him doing one major thing or the other for his beloved community. Chima Anyaso in his 30s is from Igbere in the Bende Local Government Area of Abia State.

You cannot enter that town without you immediately feeling the weight of the young, handsome and quite successful businessman, who apart from running a thriving business that’s into oil and gas, hospitality and more, he is also an award winning and extraordinary philanthropist par excellence!!!

Mention the Anyaso name and it immediately rings a massive and magical bell. One of the schools in the area, probably the best school in the area, was founded by the young man and sponsored by him. Imagine funding the education of more than a hundred kids, whose parents do not pay a ‘single kobo’ to attend the school. There’s nothing of note in the town that his hand has not touched before, Is it the biggest church in the community or what? Even his country home which is also one way the Ibos identify with their own, is a statement in class. A very beautiful and massive bungalow, that’s very well laid out on a very large expanse of land with all the amenities needed in full supply. It is a place of convergence when Chima is home, which is quite often.

Apart from the fact that on his own alone he is well recognized and well followed, he is even a godson of the most powerful and probably most influential politician from his home base, in the person of ‘Sir Orji Uzor Kalu’. though both are not now in the same party, as Sir Orji is now a member of the APC. Not only that alone, Chima is also married to one of the favorite daughters of South East political juggernaut, Senator Arthur NZERIBE. When he got married in the East a few years back, it was a carnival of a sort that many prominent people attended.

So when he finally decided to yield and follow the dictate of his community to represent them, those who knew him, immediately conceded that come what may, he was going to win any election whatsoever he enters into, that’s because many things were already speaking for his goodwill. The 1st step towards his main goal to win the House of Representatives election into the House, was for him to test his popularity and might against another very popular and widely supported incumbent, in the person of Hon. Nnenna Elendu UKEJE, who was geared to go for a 4th term, having been 1st elected to represent her people in 2007, then got re-elected in 2011 and 2015, she had wanted to go again in 2019.

A total of 161 delegates had taken part in the election out of which Chima Anyaso polled 82 votes that’s exactly 50% of the votes, he was closely followed by the outgoing incumbent who polled 70 votes about 49% of the total votes. After the whole exercise was concluded, the loser was magnanimous in defeat, congratulating Chima and restating her commitment to her party, the PDP, stating that the election was free and fair and that Chima won truly. She further thanked the people for their support over the years.

Whoever from the other parties, be it APC, APGA and the likes that would vie for the post with Chima Anyaso, would have to be at their very best or else Chima might just win the election by as much as a landslide for he has thr live and support of the people overwhelmingly!!!