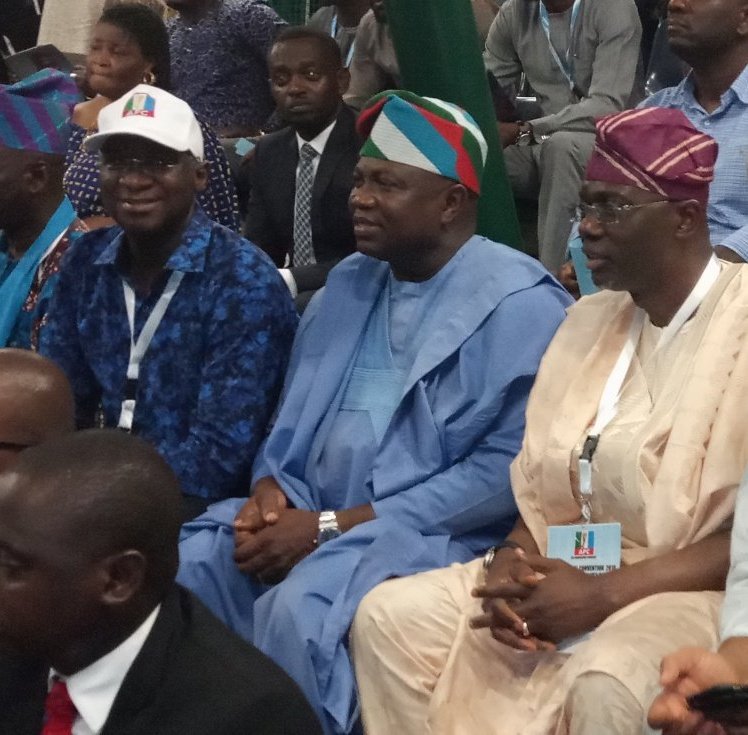 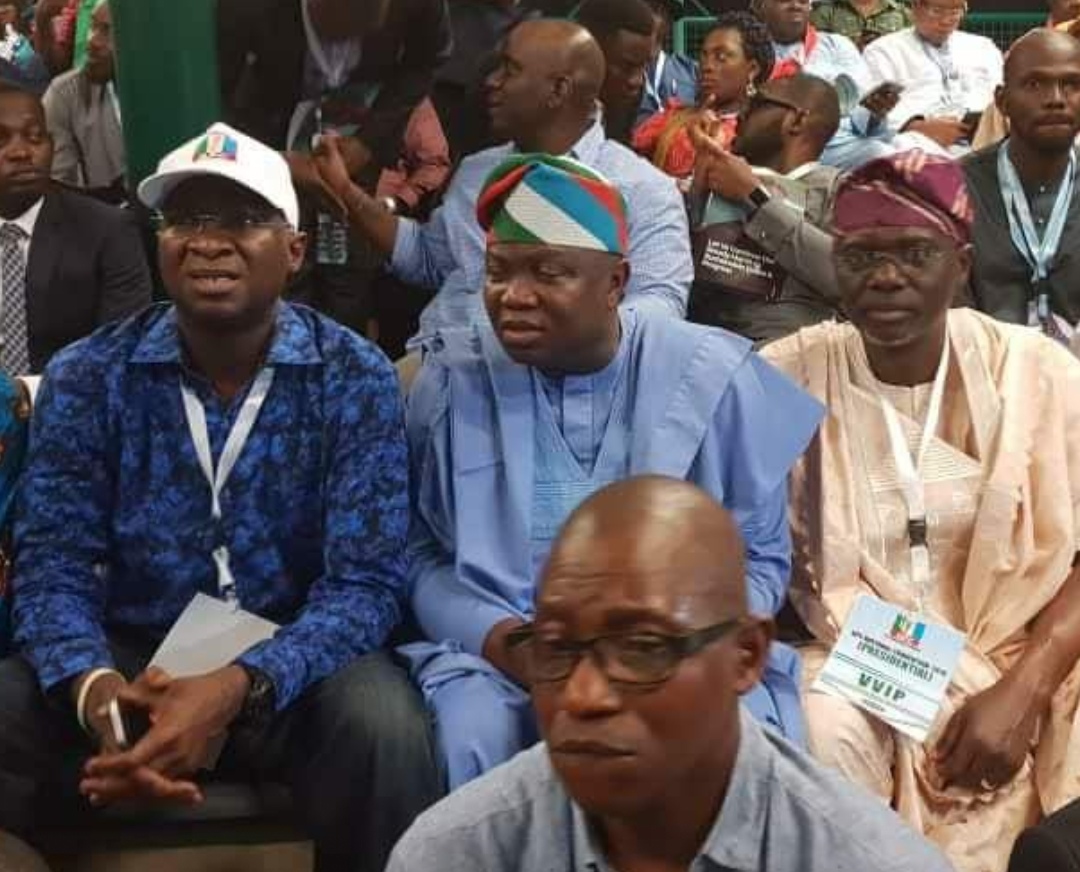 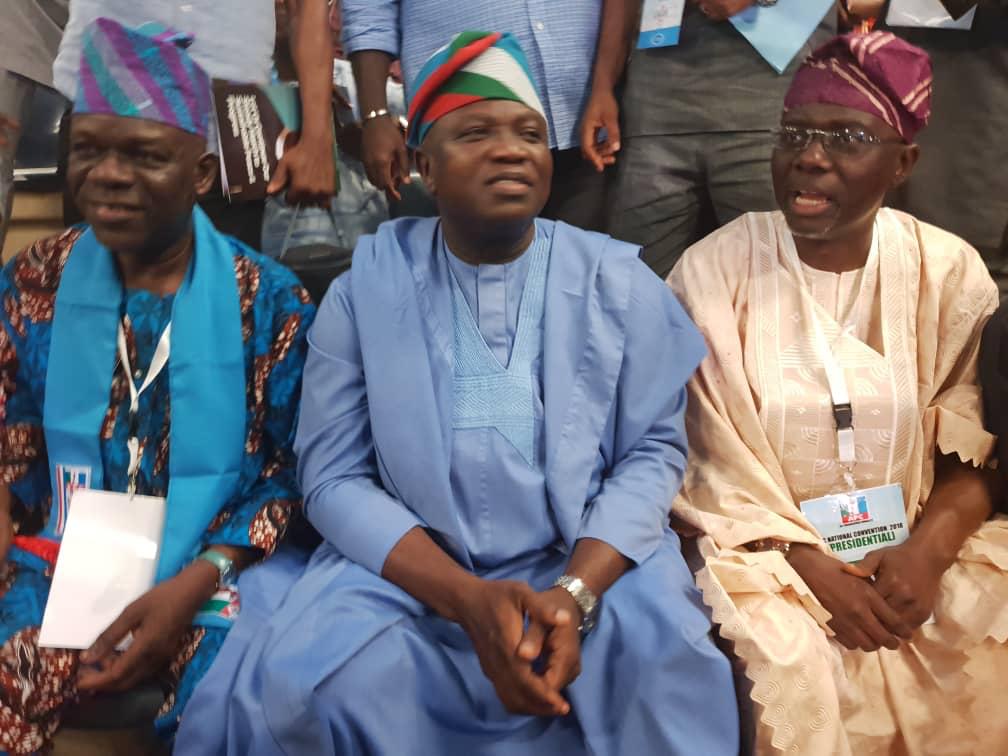 We only just hope that at the end of it all, they have all sheathed their former drawn daggers or swords and all are back together as brothers, all members of one same big family once again.

The 3 men were seen together, sat near each other like they were brothers with nothing whatsoever amiss at the APC Convention in Abuja the FCT only just yesterday. This was the same BRF & Ambode that were said not to be friends or friendly to each other embracing like best buddies or brothers. And also on the other side was the same Babajide Olusola Sanwoolu, that Ambode had tried to obliterate or is it annihilate with accusations of madness and being a criminal, an ex-convict at that, one that the affairs of the state; a state like Lagos for that matter must not be entrusted to, only just a few days back!!!!

Now the trio are like chummies who have never ever had any issues ever before.

Hilariously the trio have been tagged – Tinubu babes, while others have referred to them as Tinubu All Stars, but we have added to the tags by saying this are “men dem”.

The action of the trio might just be restating “Carol Moseley Braun’s quote which states ” There are no permanent friends or permanent enemies, just permanent interests”. Such is life!!!

A PRETTY, VERY WELL DESERVED CONGRATULATIONS TO FUNKE ADESIYAN AS SHE WINS THE APC TICKET FOR THE OYO HOUSE
WOULD IT BE OBAFEMI HAMZAT OR HAKEEM MURI-OKUNOLA OR EVEN CHIEF MRS. REMI ADIKWU????
Comment