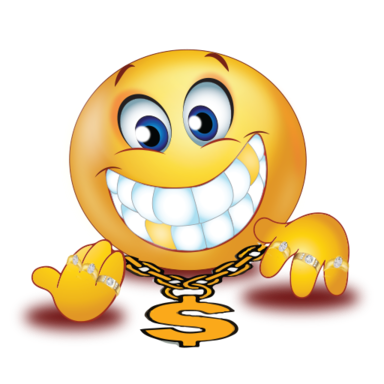 The beginning of the Police and EFCC is most obviously the beginning of wisdom now for all them boys who used to engage very much in “laulau” like they call it all of a few months ago.

It’s like the minute the Police and EFCC went on rampage and started going to the clubs, lounges and joints to go arrest all of these young, highly impressionable loud spenders (by the way that’s what is referred to as laulau), whose way of life, was to hit the dough (money) and then begin to show it off without a care, driving some of the biggest and latest machines in town, wearing and garbing in some of the best brands that money could afford, going to clubs with some of the most gorgeous and sexily garbed damsels that any can imagine or even lay their eyes on, spending money like drunk sailors, in such ways and manner like money was just about going out of fashion, so it should be spent like a waterfall.

All of the lavish, an extraordinarily vulgar open display of wealth seems to have subsided for a bit now, since the Police and EFCC focused attention on the more popular ones. Now it’s more like they all have gone totally under the radar. We can even tell you first hand right now that the night club owners et al are all complaining of low patronage, those silly spending where boys would be competing with each other to see who can spend the most per night at a joint, which the club owners loved seems to have stopped. Imagine a bill of between 9 and 11 million by just one person on just a (1) night of revelry alone!!! So just imagine that on a good night of fun, a club/joint/lounge  could clock between 50 to 100 million Naira at the height of the debauchery and ostentatious display of wealth!!!

What that just says is that in just a weekend alone, a club might make between 50 to 150 million from these uncontrollable revellers and if you do a plus and minus in just a month, that’s like carting home between 100 to 500 million a month. So the club owners were just smiling home to the banks anyhow, while the father xmases were trying to outdo each other, the joint owners were just praying that it should never end. But the minute the scrutiny began, everything nosedived drastically and they are now complaining bitterly in fact cursing the Police and EFCC men.

So where Abolo and Co? Have they all relocated to Ghana etc like it’s been speculated?

WELCOME TO THE 2018 LAGOS FASHION. THE 6TH IN THE EXCITING SERIES & ONE OF THE BIGGEST SO FAR!!!!
GOING, GOING, GONE!!! NO, NOT AT ALL. ATLEAST NOT YET FOR SENATOR IBIKUNLE AMOSUN AS HE ALLEGEDLY DUMPS THE APC FOR THE ACCORD PARTY OVER THE HUMILIATION OF HIS PREFERRED CANDIDATE NOT BECOMING THE PARTY’S ASPIRANT
Comment