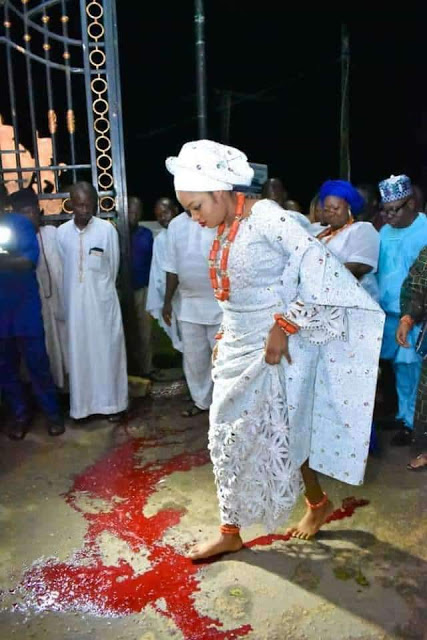 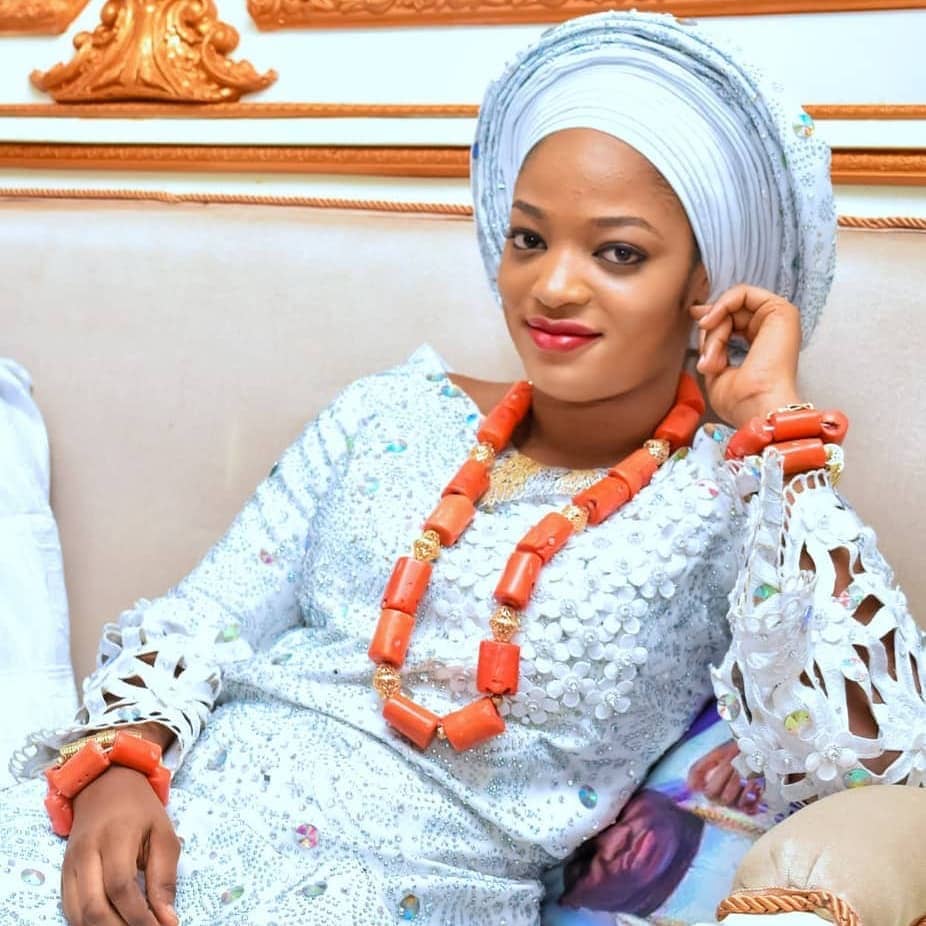 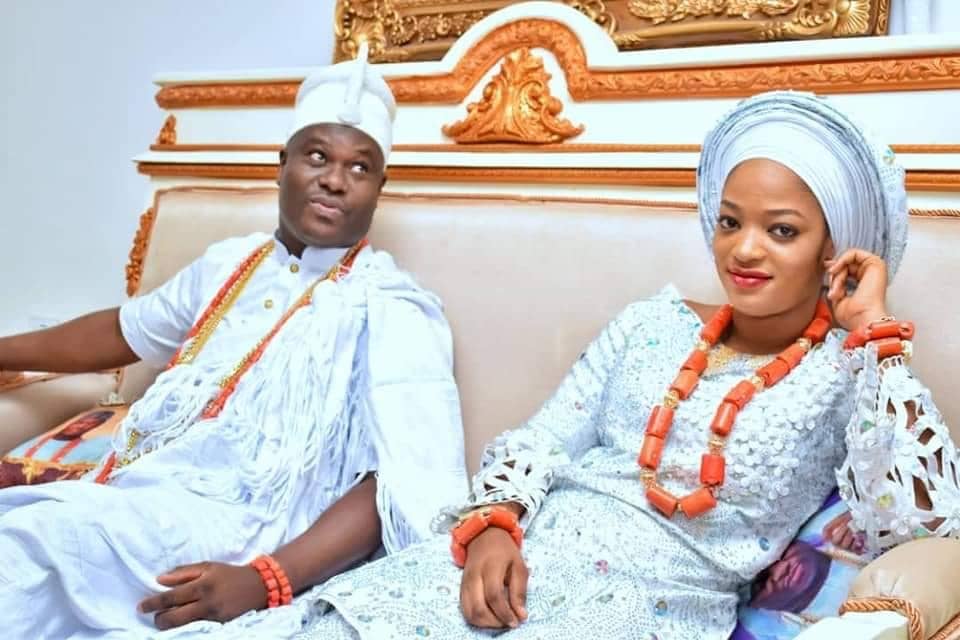 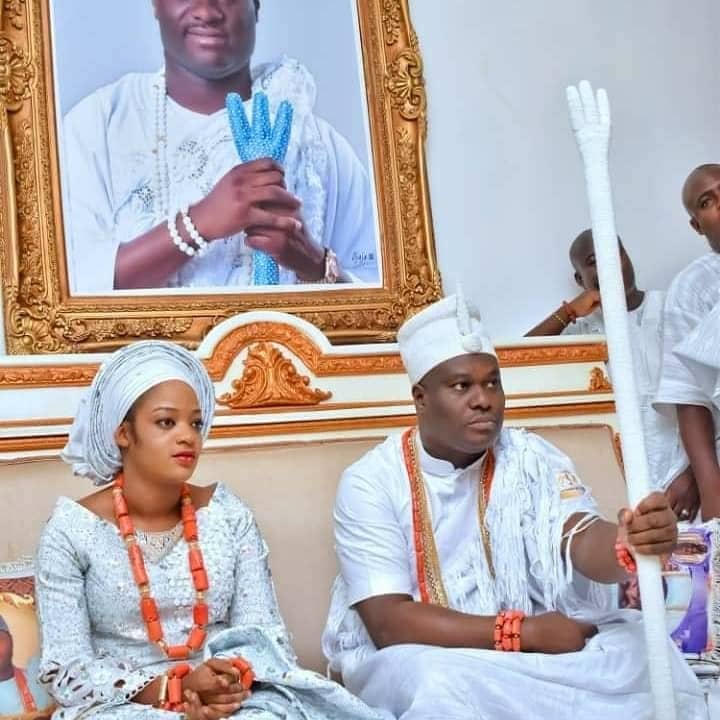 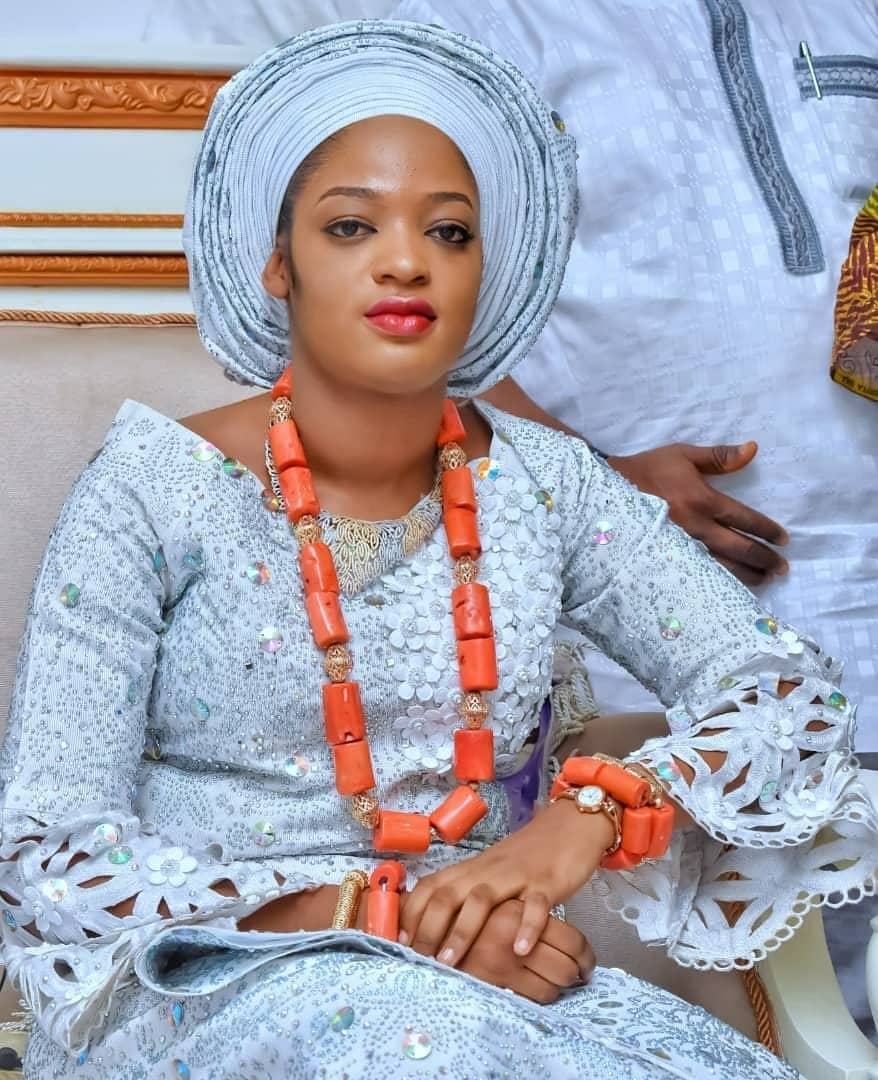 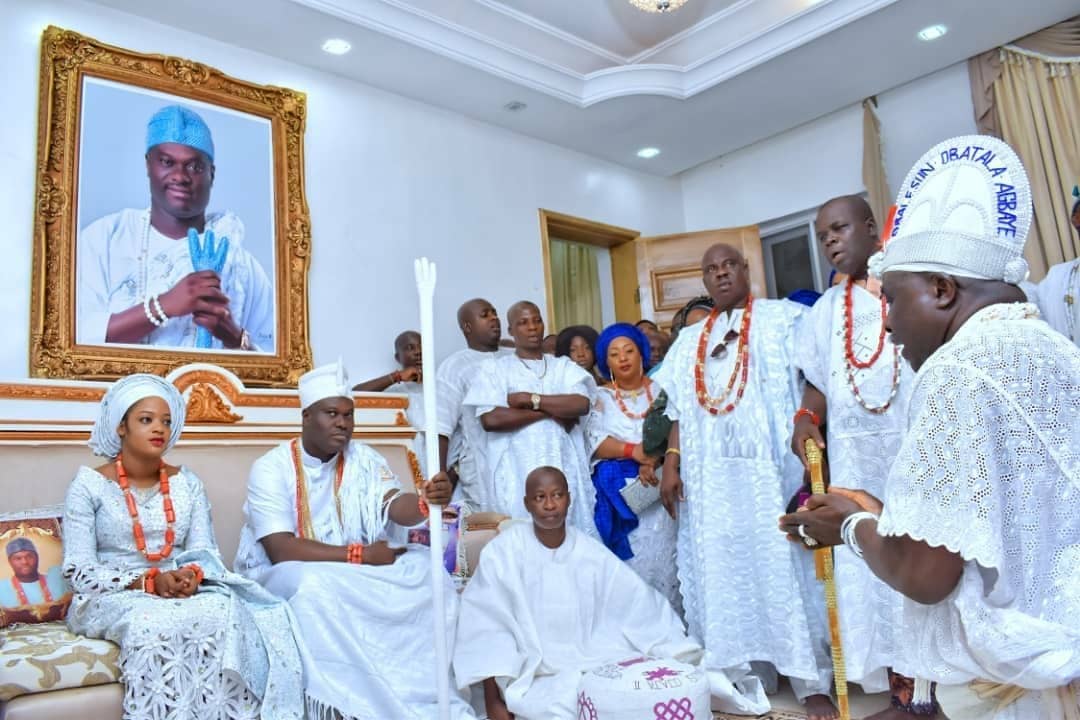 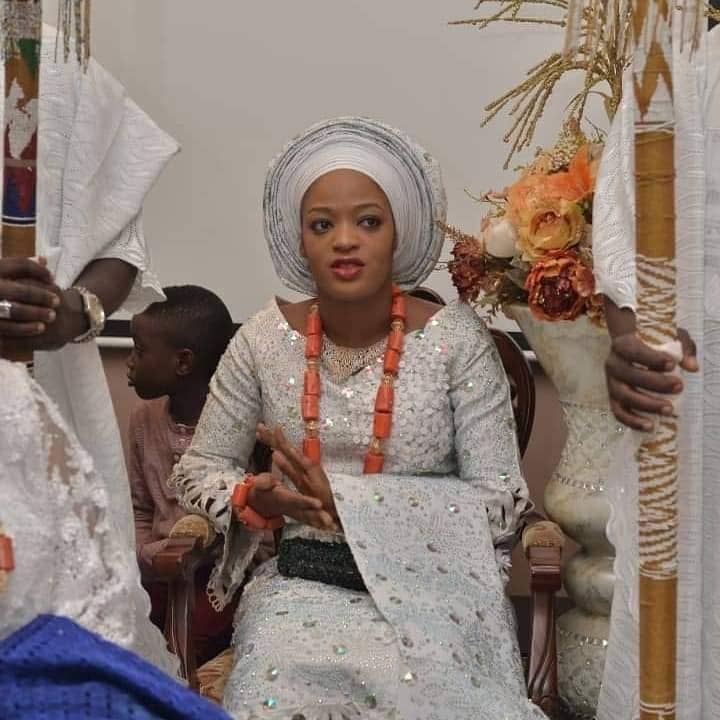 We can bet very well that one of the most read about couple on the internet as it concerns Nigeria in the last couple of days are the Ooni of Ife, Oba Adeyeye Enitan Babatunde Ogunwusi Ojaja II and his new wife, the super gorgeous 25 year old former prophetess/Evangelist  Yeyeluwa, Olori Shilekunola Naomi Moronke Ogunwusi.

People had been very interested to know who the most reverred African king from Nigeria would marry and speculations had been rife, with many eligible ladies connected with him, jostling to fill the post and take the heart of the King. So when on Thursday, October 18, 2018 when it was announced that he had gotten married and to a delightsome beauty, young maiden at that, it was elation galore from many quarters.

Especially from those quarters who had felt that a king was not complete as a bachelor.

All was very well and nice until a particular picture came out, where in performing the necessary marriage rites that tradition and culture dictated must be done, the new wife was seen walking barefoot on a red liquid that some had assumed, while others suspected or speculated was blood.

Just because of that picture alone, much hoopla was raised! People immediately came to the conclusion that it was a devilish rite that was performed in the open. Many didn’t actually even give the lady and the Palace a benefit of the doubt. They just concluded and many even had to voice out, exclaiming loudly and asking why a so called Prophetess/Evangelist of God, could change so suddenly and could be seen engaging in such absurd tradition, which they had proclaimed was totally against the Christian tenets. There was a particular statement that went thus, “how can light and darkness mix”? By that, their idea is that how can Christianity (which the Prophetess was supposedly representing or had represented) mix so effortlessly with traditional religion (which they termed darkness) of which they claim the Ooni is a strong  proponent.

But after investigating we can actually tell you now and matter of factly so too, that what the Olori (queen) actually walked on, stepped on was none other than “Oosun”.. Oosun???? Yes Oosun, a red dye that is gotten from Camwood!!!

Camwood’s actual scientific name is “Baphia Nitida” which is also called African Sandalwood. It is this Camwood from which the red dye is gotten and it’s earliest discovery was from West Africa.

This red dye like that used for native tattoo is used very much by the Yoruba race, in their tradition and culture for beauty enhancement. It is actually a part of the marriage ceremony. While the ‘laili’ is used by the Northerners as a form of traditional beauty enhancer, so also the ‘Oosun’ in Yoruba land. Not only is it just a beauty enhancer though, it is also symbolic as it says somewhat that the home that the wife is entering would be cool and beautiful and majorly fruitful.

It must be understood very very well and must not be discountenanced at all, that the Oonirisa and by extension is wife, are both now custodians of the Yoruba race, so they are exponents of the traditions and the culture of their people. So they must by right always showcase the beauty and excellence of the Yoruba race, culture and tradition. So the rites must be done accordingly and properly as it should be.

Maybe the problem with the misinterpretation by a majority of the people is lack of proper knowledge and communication. What was been showcased was just a little part of the very rich cultural heritage of the Yoruba race and it was nothing fetish at all. That’s even if other fetish things are or were done.

We believe that if it were something fetish, the Palace would have had the wisdom not to or never to allow such a gory picture go public or wouldn’t have allowed such for public consumption at all, as it would be misconstrued!

For the avoidance of doubt and for proper communication, there has always been a common saying of the Yoruba’s which goes thus– “Iyawo elese Oosun”, which can be loosely translated to mean “the maiden/wife/bethroted with the very beautiful feet”. So if you have understood what Oosun actually refers to or represents, that it is just a very symbolic deep Yoruba way of ushering a good pair of female feet into a new household (her husband’s home).

If the Oosun or Osun as some would call and spell it is actually blood or fetish, then everyone who has ever used blacksoap before have also one way or the other too performed some rituals too then!!!!

CHECK OUT ALL THE WINNERS AND THE RAZZMATAZZ OF THE AMAA 2018 AS IT HELD IN KIGALI, RWANDA
AND YET MORE ABOUT THE NEWLY MARRIED YEYELUWA OF IFE, OLORI SHILEKUNOLA NAOMI MORONKE OGUNWUSI
Comment