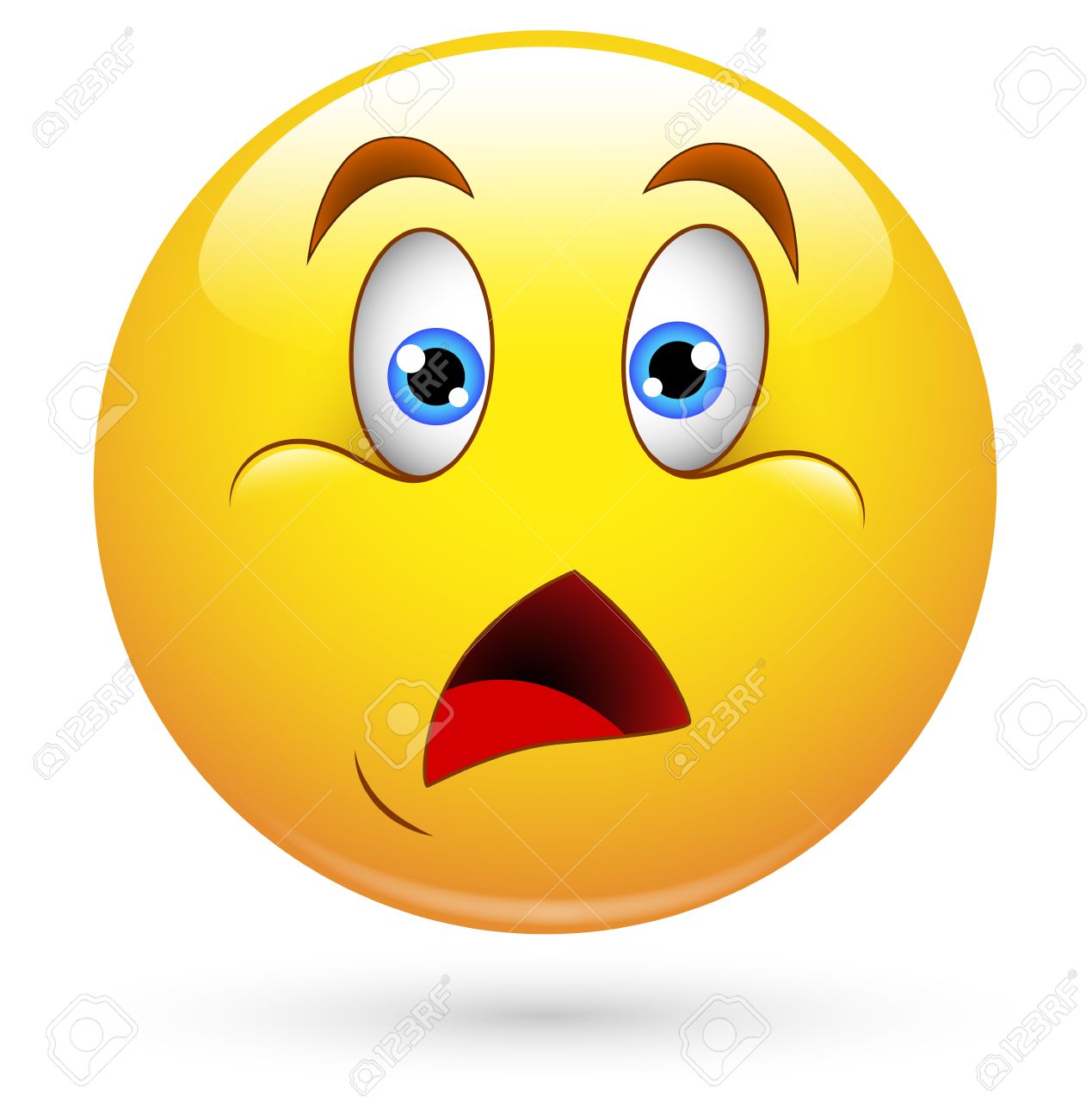 How are the mighty fallen!!!! It’s like when things wants to unravel/unkink or fall apart, everything just scatters all at the same time like a pack of ill managed cards. Just imagine that this very much celebrated love that caused major heartache for the person on the receiving end years back, that looked like it was love made so perfectly from heaven as crashed and crashed so badly? In fact the crash is so irretrievable, it’s so unbelievable!!! What really looked like forever, was apparently a temporary fix!!!! It was like taking an illicit drug and then you go on a great high for just a minute and then you come crashing down even far worse than how it was at the start!!

It’s like the man involved, in the person of the world famous Mo-A has just returned back to normal from a long lost journey in the maze or should we just say the wilderness. It’s like the spell casted that had held him captive and totally subservient all of this while has suddenly expired! It’s like the scales that had blinded him so so much, have both suddenly fallen off! So now after waking up from a sort of deep comatose slumber, he just seems to be in a hurry to right all the wrongs of the many years meted out.

Only those involved in the debacle could have explained better all that happened for the many years that MW controlled the heart of Mo-A. That control was near total in all ramifications. MW truly enjoyed her position oooooo. She basked in it, without looking back to check how anyone might have felt. She didn’t care a hoot how the other woman on the other side fared at all. She rubbed the salt in, at every given opportunity. If it were just salt alone, it would then have even been better, rather it was salt plus lemon and pepper and vinegar, all together! All were the terrible combo or should we say the concoction she readily and heartily applied. And it really worked for a while though, until respite somewhat came out of the blue or like they say like a bolt out of the blue and then liberation came and that was the beginning of her super fast downward and shocking spiral too. Imagine from being the favourite madam who could do no wrong, to the despicable person that Mo-A now wants to be as far away from as possible. Hmmmmmmm!!!!

For those who don’t know this story, let’s just give you a very brief rundown before telling you about now or what the current situation and status is. It’s a typical case of pride goes before a massive fall or should we even just say, that you should always be careful on your way up, for those who you might have stepped on anyhow while climbing up might just be the same one you would need for lifting up, when problems come rushing in afterwards.

MW is a pretty damsel no doubt, she’s with that very seeming innocence, which covers up a heart that’s just so despicable. She was very ‘much about’ a few years back. She was like a national cake that all & sundry wanted to have their own fair share of and according to the legend she readily shared. She’s the type the Yorubas would tag “animasaun” meaning freewill giver.

By a stroke of luck, in comes Mo-A, a fine boy, cool guy, in fact a supremely wealthy dude, who just wanted to have a taste or 2 and move on. Fact as we later learnt it was that, she was packaged for him by a friend who was also already chopping in the national cake. But like a well orchestrated trap, same way the Venus fly trap works, as soon as he entered the open trap he was hooked and he couldn’t extricate himself again! Strange for him though as that’s not his 1st time at this kind of game, you can only trap an amateur, not a well experienced player, so what could have gotten him, even he himself didn’t know? This particular supposed professional had been taken by a more well versed baby faced assassin/professional it seems!

To keep him in the trap, both the claws and fangs were sunk in were tightened the more. He was then fed the usual, well-honed bull-crap that he had gotten MW preggers! Normally he could have laughed sarcastically and waved that off as a lie, for he knew very well he wasn’t the only one chopping the national cake, but because he hadn’t had a child before and him and his madam had been trying and he had been looking for one desperately, he fell like a ‘major maga’ for the good news and with that unbelievable opportunity and overflowing happiness, he accepted what was presented to him and he vowed to do the needful. He even fell more deeper because, he was told by those that had checked to verify, that yes, she was truly pregnant and that yes, also it was his!!! So for that, elation took over and he became the happiest being on earth! Nothing in the world could dissuade him that he had been packaged!!!

From barely getting by, this lady who never went to a higher institution, but had packaged herself as a graduate of UniL… , became the defacto madam. Her status in fact changed dramatically. Just imagine that immediately from normal to super class, from economy to 1st class. All because the dude was extraordinarily liquid! Money began to flow in like a mini flood. It was like a dam had been built in her abode. It was like a massive rain of blessings was pouring ceaselessly. Like an avalanche of goodness and outpouring of grace and favour had found a home at hers..

The actual arrival of the boy was awesome on all counts. Just imagine the super added elation all over again.

MW’s status went off the hook, imagine the cars that arrived in her garage, from Range Rover to G Swag to Porsche Panamera. As expected, her new abode was in old IKOYI, not far from a former Governor’s abode. Outside of the abode might not be as outstanding as expected, as there were other neighbours in the compound, but the inside was exquisite to say the least. It was totally upscale, a hidden place fit for a king and queen and their heir-apparent, an innocent child.

So things were going on well. The lady was commanding and getting served and all seem like the story of Cinderella living happily ever after! But alas, it wasn’t to be! There were still intrigues in the tale upcoming!

As grace and favour would have it, the madam at home, who had been pushed into a corner, who found God the more while there was turbulence in her marriage, who refused to pack out in the face of all the intimidations, which was orchestrated deliberately to push her out took in. What????? Yes she took in and after 9 months, she dropped not just one, but 2 bambinos. A boy and a gal for that matter. Though weeping may endure for a night, joy comes in the morning, so it is said. The joy of husband and wife knew no limits. It was like unimaginably bright and very piercing light came into their home to chase out the very gloomy and thick darkness that had enveloped them fur quite a bit. Joy like a mighty river flowed in unrepentantly. The tempest that had raged continuously before gave way to a peaceful wind and husband and wife began their bliss, part 2. It was like a renewal of love and affection.

Fast forward to now. As soon as the new dose of happiness returned back to the household of Mo-A, his relationship with MW just began to unravel so terribly fast!!! All the control she used to wield anyhow before was lost! Strange??? Her doting man before, who could see no wrong in her now seem to be irritated in the slight. The one who could wipe her bum with the snap of a finger with so much love, seem to now get irritated in the slight. Much as she tried to rope him in again, it didn’t work no more. Much as she tried to get another child to capture him all over again, nature just refused to agree. Then they began to have issues and it continued to escalate. She tried threat, intimidation, subtlety etc none worked no more. It was like his heart had returned back to the rightful owner again and no turning back.

Guess what???? That same IKOYI abode that she had thought was hers was never. It was actually a house that the man was given as part of being a director of a company. Which he offered the lady when he was still loved joned. So when our man needed his place back afterwards, what did he do? He seemingly sent his now estranged girlfriend packing! In fact, he literally threw her and her things out!!!!

Now from Ikoyi, MW has had to go make do with an apartment in Victoria Island. From high up there, it seems humpty-dumpty has had a great fall! Not that she’s totally broken though. Once a hit girl, always a hit girl. So now she’s thrown her web out now more, and she’s all out to capture whoever falls in. Criteria though is that the ‘persons’ must be quite liquid to match her ravenous appetite and meet up her insatiable desires! We have heard about TS, remember the dude who came in like a flash in the pan a while back who used to park his Porsche 911 with special number at the front of Eko H…. then so flagrantly. We have also heard about the bespectacled well known super liquid JO, who people know to be a super duper rich, but a woman-wrapper per excellence though he is very married. TS on his own is no more married as his wife supposedly left him a while ago, so he can afford to play the game!

MW is all out to capture anyone, just about anyone at that who would fall into her hand now and once she sinks in her claws or fangs, the trapped, is done for.