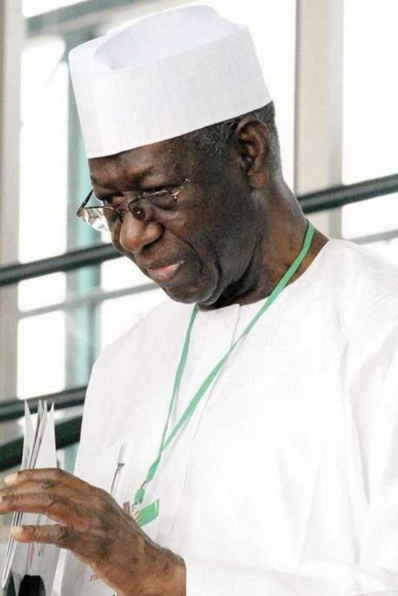 He was well known as Mr. Fix it or the Fixer in his lifetime. A sobriquet he had earned for his ability to turn things to his or his people’s advantage no matter how bleak it looks. More on the political plain though. Born Anthony Akhakon ANENIH, but better known throughout his life simply as Chief Tony ANENIH. He was born in Uromi, in Edo State on August 4, 1933 making him 85 years old as at the time of his demise.

He passed on today, Sunday, October 28, 2018. He began his work life as a Policeman, in fact he was a Police orderly to the 1st Governor-General of Nigeria, Dr. Nnamdi Azikwe. He retired from the Nigerian Police many yearsater as a Commissioner of Police before going on into full politics in the then ‘Bendel State’ where he became the state chairman of the then NPN in 81, helping Samuel Ogbemudia to clinch the Governorship of the state then, though that administration was later cut short by the military via a coup.

He later became the National Chairman of the SDP in 92, helping the great MKO Abiola to win that election that’s still adjudged as the freest and fairest election in the history of Nigeria, which was later annuled by the military led by General Ibrahim Badamasi Babangida.

He was one of the founding fathers of the PDP where he rose to become the chairman of the board of trustees of the PDP. He was the Minister for Works and Housing under the administration of Chief Olusegun Obasanjo in 1999. In fact he was the Deputy Coordinator of the Obasanjo Campaign organisation.

He is survived by his wife, Josephine Anenih and many kids, one of which is Tony Anenih Jnr. He had lost a wife and a son in quick succession many months back. Which made him retire from active politics to take life easy. He died at an Abuja based hospital after a brief illness.

MAJOR DILEMMA FOR MW AS SHE’S SENT PACKING FROM HER IKOYI ABODE WITH IGNOMINY BY HER MAJOR CASH COW!!!!!
Speech by Babatunde Raji Fashola, SAN- Honourable Minister of Power, Works and Housing FMPWH at the FGNTownHall Meeting in IBADAN.
Comment