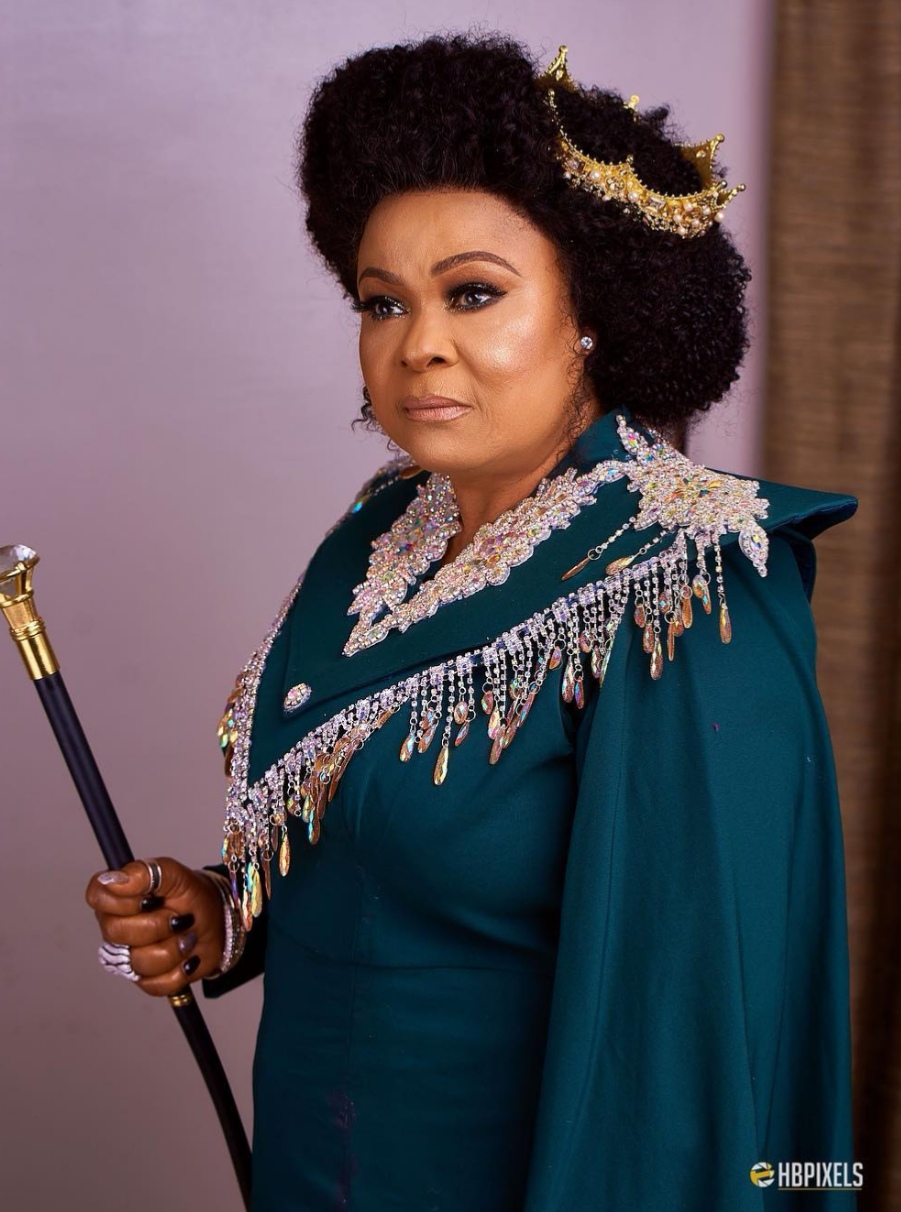 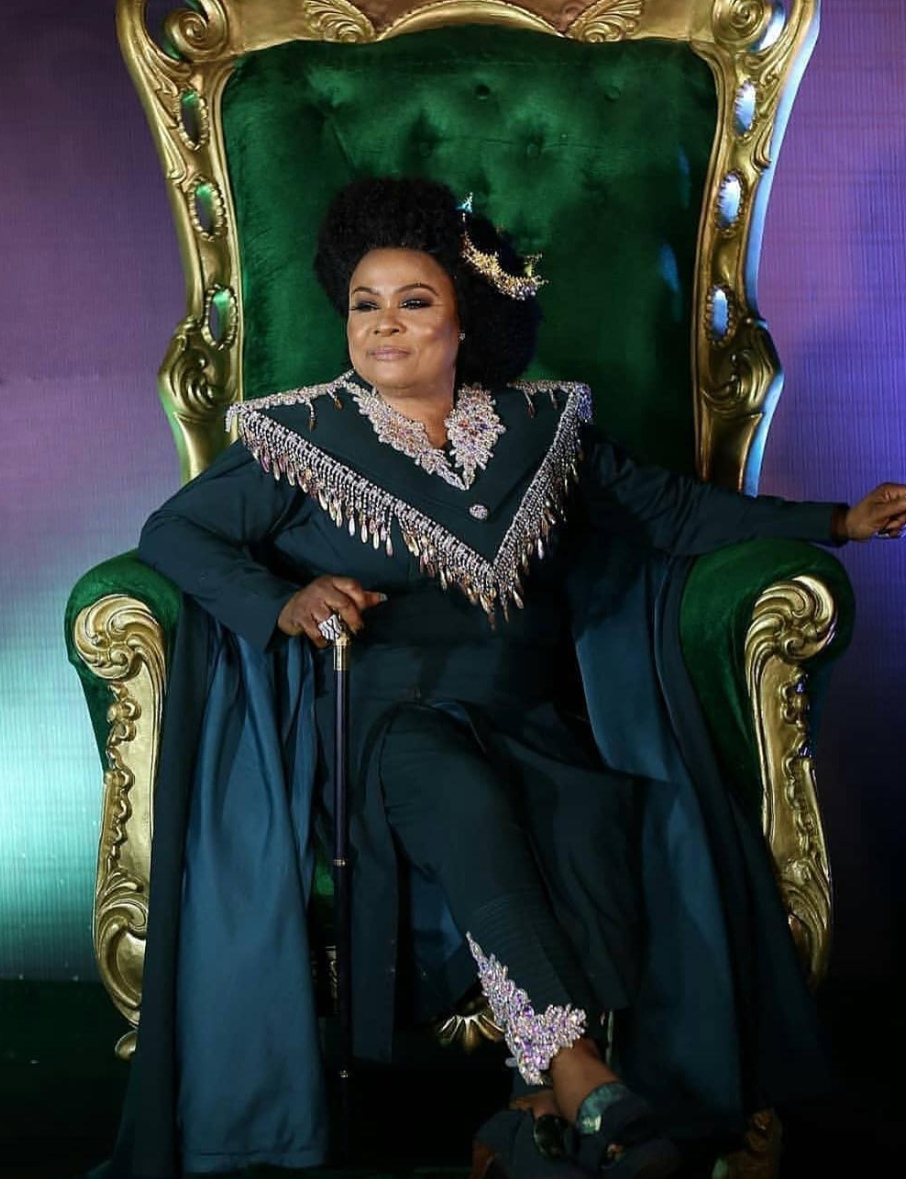 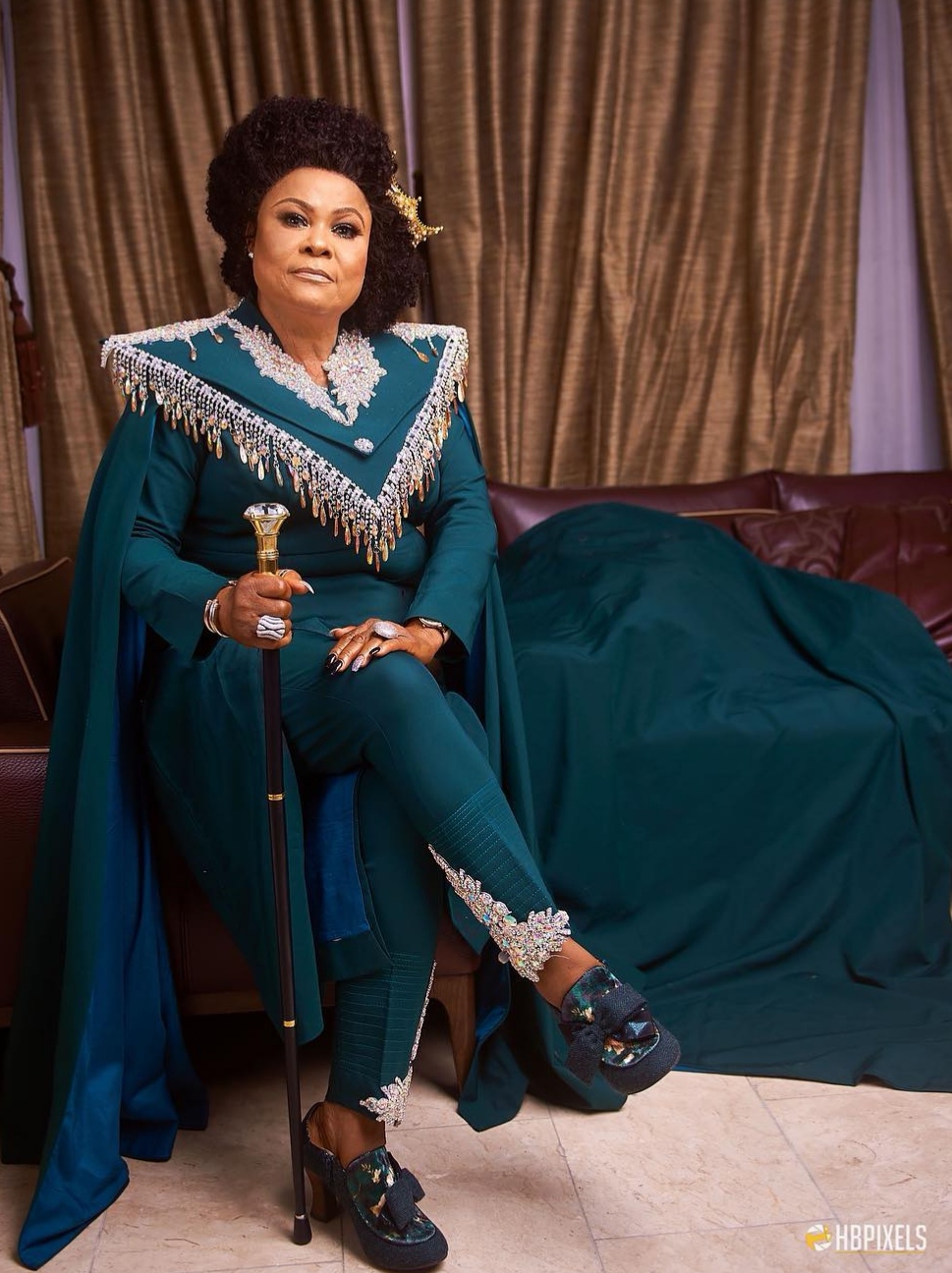 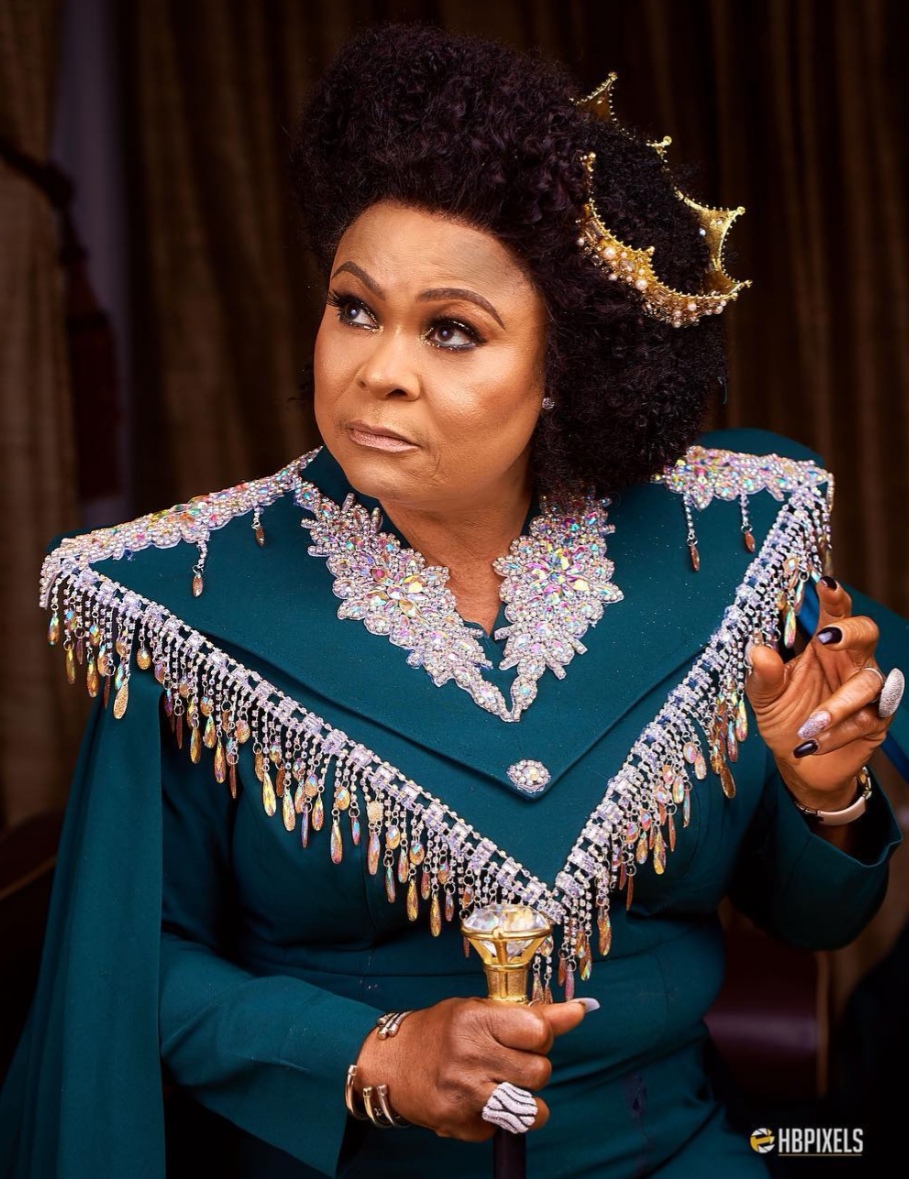 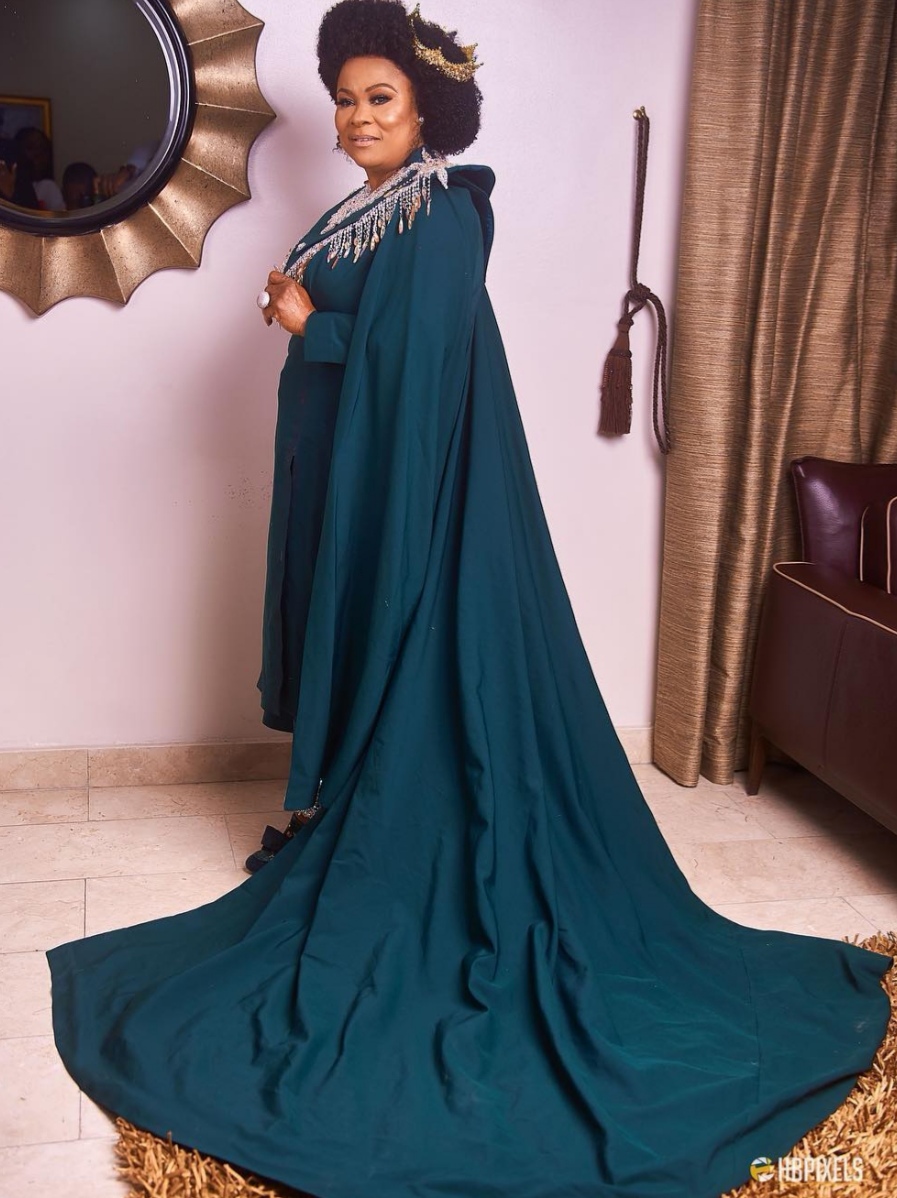 This is undoubtedly Sola Sobowale’s season and she deserves every bit of accolades and more that swims her way and that’s because it’s like everything she touches turns to gold or better still platinum. It’s very obvious from her role interpretations that she is a thespian per excellence and award winning one at that too. Super good at what she does and mighty gorgeous too, to the boot!

You watch her and you are totally consumed by her characterization, how she enters fully into what she’s doing, making it all look so believable and you become engrossed and totally flow into the character with her. When she’s a comic, she’s utterly hilarious to the bones, when she is a goon, playing the evil lead, she is so convincing it’s scary! And then when she needs to play the good part, she does it with effortless charm that sweeps all watching off their feet and bowing at her professionalism. We totally, utterly, wholeheartedly love her.

We had always known she was good before, but she stepped up from just being good to stratospheric great when we saw her in that feel good, 2 parts soar away, star-studded successful franchise-‘The Wedding Party’ & ‘The Wedding Party 2’, where she played a very huge supporting role as the hilarious wife of the equally hilarious AliBaba. From that massive budget film to another which is very likely to break the box office too, that’s talking about Kemi Adetiba’s ‘King of Boys’, which just came out. We hear she played lead in the film too and from the snippet we have viewed already, as expected, she was badass again.

Though it looks like she’s been there for quite a bit, O yes she started in 1992 starring in a Yoruba classic Ashewo to re Mecca! It seems like the Ondo State indigent has only done a hand full of movies/films. She began her acting career under the tutelage of the famous Adebayo Salami, that’s Oga Bello of the Awada KeriKeri Group fame. So her transition from Yoruba speaking film to full English speaking was seemless!

We are happy to feature this incredible actress, producer and director and mother as our Monday, day delight!!!!