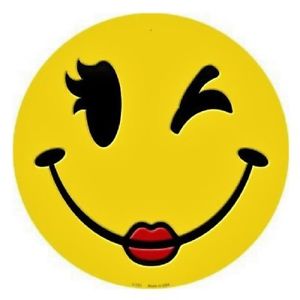 Do you go out a lot? Have you seen or noticed the avalanche of very feminine-guys that seems to be out and about a lot nowadays? Anytime and everytime there’s a major fashion show in town, it’s like who’s let out the dogs??? They come out in great numbers and are mostly often in a group. So once you know one amongst the group, it is very very likely that the whole group or team are all the same then. Like it is said, birds of identical plumage, congregate in the same vicinity. So it’s like even if they don’t want to be noticed or want tk be clandestine, they just gather in a group, by default !!!

Mind you, it’s not a problem for us at all and we are not complaining about it anyway, as it doesn’t necessarily bother or affect us any which way, it’s just that we have observed over time now, that more and more babe-guys are coming out of their cocoons/shells daily and are somewhat openly embracing whom they feel they are! Like someone said, they are openly embracing their femininity and there’s nothing wrong with that.

Imagine also that it’s not just about the guys alone, even the women/ladies who favour their own like, also seem to be increasing daily and are coming out of their shells too! We know a few, in fact quite a lot. But since it’s their stew, would allow them to eat as they want. But one we know for sure, who is an Abuja based multimillionaire.

You would be shocked to learn or know that many in the creative/artistic industry are part of those we have noticed. Plenty of those in the fashion industry. Models and designers alike and many others too, especially some in the entertainment industry too.

Just imagine that we took the courage very recently and approached a young, very brilliant and quite creative lady who was willing to say a bit about herself. In opening up, what she said actually shocked us a bit!!! She revealed/confessed that she has never ever being attracted to the opposite sex (male) before. In fact she went on to say that she’s strictly into the lady-lady love and she was actually disvirgined by another lady and that she can never ever be attracted to a man, neither can she allow a man get into her Bermuda Triangle, that sacred and hallowed cave of discovery. She even went on and gave her situation a name, which we cannot readily remember now! We were just too shocked to continue, so we just had to leave her in peace!

Back to the shy-boys, though they are men/guys/boys their very dispositions reveals their preferences. A lot of the time, they can even be more feminine than even the actual women are, that is, those who were actually born as female as nature allowed it! There’s a way they effortlessly cross their legs when they seat with the grace and Oomph of a lady. There’s the way they do their hands when gesticulating or even when just talking. Though some of them are very manly in their appearances, but if you take the time to watch them, they are kind of very fruity and soft, in that female sort of way. We actually know a Yoruba dude with the initials WA, who is that fruity in all types of way. There’s a way he does his lips, roll his eyes and talk, that you just know for a fact, he is a babe-guy. The one that particularly gets us is when these she-guys come out wearing their feminity up their sleeves in the choice of their outfits that they wear out.

Imagine wearing totally transparent, lacy outfits in some kinds of fruity colours!!!! When you see those outfits you immediately know they are feminine, but they would wear with much aplomb without batting an eye.

And because we see more and more, newer ones at that as occasions/events comes up, we are won’t to ask if more and more are recruited daily or just that people are just coming out and declaring who they are???