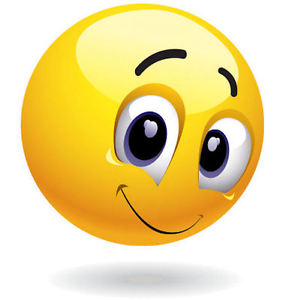 A very long while ago, we had brought to you the gist then about a woman we had given the sobriquet “Mama Dolphin”, who had her supposed “prayer house” somewhere inside Dolphin Estate, Ikoyi. For those who knew her, her address was a mecca of a sort as many flocked there to get remedies for whatever was their loveand sundry issues. Many of the things she treated then had to do with the issue of love. How to keep your man forever and all those sort of things. By that we actually mean how to turn the man into a classic mum, dumdum.

Just Imagine that after we had let the cat out of the bag then, many sent in enquiries to get the address of Mama Dolphin so as to visit. We even heard that many went to Dolphin Estate on their own, going about to ask for Mama Dolphin, not knowing it was just our own way of describing her using her location as that wasn’t her business name nor her real name. She couldn’t have been Mama Ikeja or Mama Lekki or even Mama Osborne for all we care.

We had inundated our readers then about the famous woman’s modus operandi. Part of what she used to use then was a full local chicken, which is roasted and which must be eaten in full by the one seeking the aid, without breaking any part of such chicken bones. It is now the bones of chicken that would now be used by Mama Dolphin to do what she must. The idea now is that the one so captured, is held spell-bound forever. Be it the lady’s husband, boyfriend, man friend etc….they are gotten!!! Once the man tastes of the lady’s Bermuda Triangle, he is literally gone!!!!

So fast forward to now!!! Alas we know a lady who had done the thing and that the package worked for, for a bit, for a time. While the dream/drama lasted, she was totally in charge and ran/ruled her home with a iron fist, but not until recently, when it seems the spell which must either have had a time limit or had a no go area, wore off with its attendant effect.

We can tell you very well what the situation of things became afterwards. It was like the man became another thing entirely. The one who was like a lap dog before and was totally subservient, is now one with total hatred and disgust for his wife now. In fact the thing degenerated so much that it became constant beating/pummelling at the slightest provocation. In fact the madam has been sent packing from her own home, as she ran for her dear life. And as we speak, another is currently occupying where she used to reign supreme as queen before. The new occupant of the house is in fact pregnant and madam is actually the one now begging her for help to return back home, to which that one has said an emphatic No.