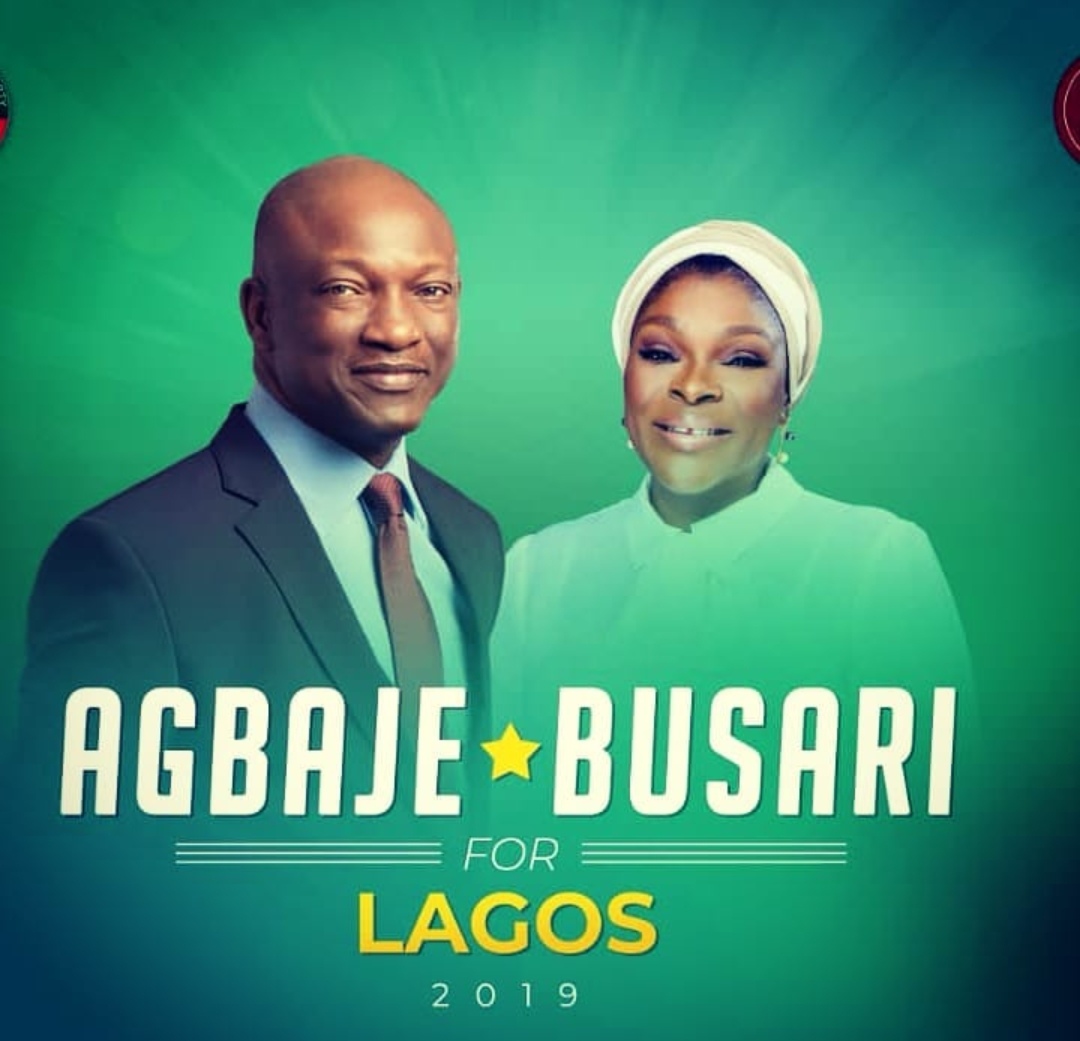 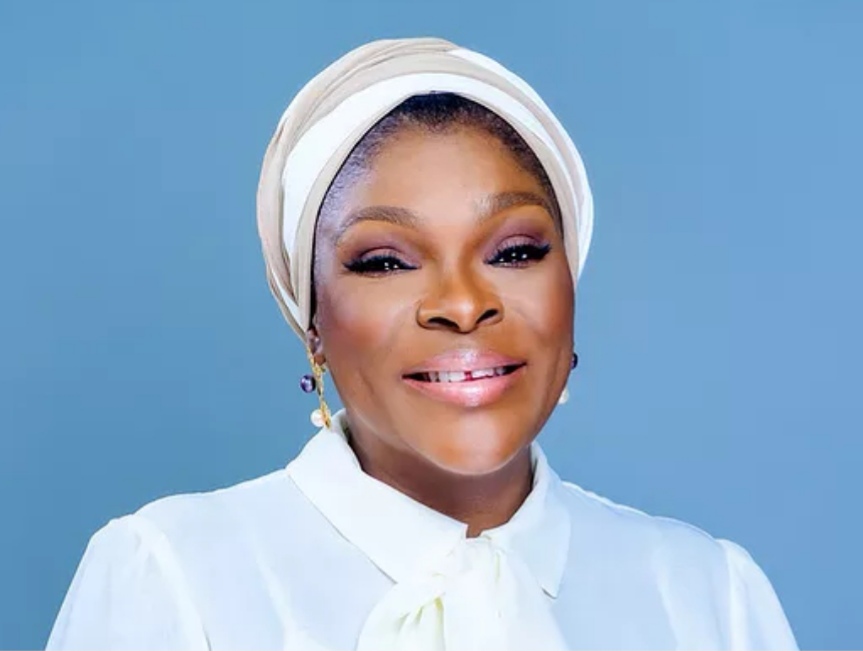 It is quite obvious that come 2019, as it concerns the Gubernatorial election in Lagos State, the state also known to the world as the State of Aquatic excellence, the state many often refers to as “Eko for show”, come that election, it ain’t gonna be a walk-over as some have already contemplated!!!

It is like suddenly, the battle cry “awake O sleeping giant”, has resonated very well and has gotten to the major opposition and they have awoken somewhat, and are gradually bringing out the bird steadily from their pocket at their own pace without being bamboozled!

It is obvious now by all indications that the opposition, especially the main opposition, which is the PDP, are getting set for a major battle with the APC. And to downplay them, or to belittle them would be at the peril of the ruling party, the APC. What is now most obvious is that they seem to have taken their time to study the terrain very well and may be willing to give it all that it takes to wrest power from the APC, in what would be considered as the biggest upset in the history of Nigeria so far!!!

For now, things seem to be gelling for them too. From the little feelers that we have begun to get, they seem to be crossing their t’s and dotting their i’s and wants to unleash on the state, what she has never known nor experienced before. In fact in a way that the state has never expected before. So every one had better sit up tight!

For Jimi Agbaje aka JK, who we all had thought and felt was comatose and slow before, just with a few actions of him now, it’s now gradually becoming apparent that he might have deliberately taken the position of the proverbial ram, who deliberately took many steps backward that the opponent misunderstood and misinterpreted as steps of fear, only to suddenly realize that the ram had actually done the reverse, just to go gain massive momentum for the massive charge to annihilate the opponent, who had miscalculated because of a false sense of entitlement and also because the Ram had actually also being in disguise all the while.

In the choice of the Deputy Governorship Aspirant, Jimi Agbaje might have applied an outstanding masterstroke of unimaginable proportion. First his choice in the person of ‘Oluwayemisi Haleemat Busari’ is spot on. Then also, her profile is intimidating by all standards. Then again that he picked a woman and such a one as he picked, really counts for a lot, unlike the male-male candidacy of the APC. And he was also very careful to also pick a Christian/Moslem ticket also too.

The fact is that, not only is Mrs. Oluwayemisi Busari brilliant, she could have stood for the Governorship itself herself, had she wanted or of she was a politician, but instead she is a technocrat in all facets. In fact we know her one-on-one and can attest to the fact that she’s not a pushover by any means.

According to the information at our disposal, we heard that she didn’t in any way or manner lobby at all to be nominated, but she was actually headhunted to find the most suitable, most perfect person to balance the equation JK and OB. Oluwayemisi Haleemat Busari, was born on September 24, 1964, making her 54 of illustrious heritage. Her late dad, Alhaji Ahmed Tijani Shehu Giwa from Isale Agoro Epe, was a successful businessman and the Vice-President of ‘Jamatul Islammiya of Nigeria’, while her mom Alhaja Muyibat Abeni Mopelola Giwa (nee Shonibare) also a very successful businesswoman, was a princess from the “Kosoko Royal family of Isale Eko, on the Lagos Island. The Epe & Isale Eko, Lagos Island factor means, Oluwayemisi Busari is a “native Lagosian true and true” and in some quarters, that actually means a whole lot,

Please peruse her impressive profile below—

‘Oluwayemisi Haleemat Busari is an accomplished legal practitioner with almost three decades of extensive experience in the areas of company secretarial, corporate governance, litigation and commercial law practices. She started her career in legal practice at the prestigious Irving and Bonnar/ Bentley Edu law firm in Lagos. She joined the firm in 1992 and rose to the position of a senior associate before she left in 1999 to join the Honeywell Group, (one of Nigeria’s leading indigenous conglomerates) as Company Secretary/ Legal Adviser.

Through her multifaceted role at Honeywell Group, Oluwayemisi has developed a reputation as a strong commercial lawyer with deep insight and knowledge across a number of business sectors such as the Foods and Agro-allied industry, the Energy industry, and Real Estate including the hospitality sub-sector.  Her most recent role within Honeywell is Head, Group Legal and Regulatory Affairs, where she oversees all the legal activities of the Group and its member companies and also serves as the Group’s primary interface with various regulatory institutions.

As a senior member of the Group’s leadership team, she also plays an active role in talent development and grooming of the next generation of the Group’s leadership. She is a Faculty member of Honeywell Group’s in-house management development programme called Honeywell Excellence Programme and works with other internal and external faculty members to develop and deliver the training curriculum for the Management trainees selected to join this program.

Oluwayemisi is an accomplished Board director. She was an alternate Director on the board of Airtel Nigeria, one of Nigeria’s leading telecommunications companies, while it was known as Zain Nigeria Ltd. She also currently sits on the Board of First Bank, Sierra Leone where she serves on several Board committees including the Board Audit & Risk Assessment Committee, and Board Finance & Human Capital Committee which she chairs.

Oluwayemisi’s life and beliefs are guided by her strong Islamic faith, which has been her foundation from a young age. While in her twenties, in conjunction with other young Muslims, she co-founded an association for young Muslim professionals known as Movement for Islamic Culture and Awareness (MICA), to provide a platform for other young Muslims to network and fellowship. She was the founding Amira (female head) of the organization and played several other key roles in the organization. The association is still very strong and she continues to play a mentoring role to a number of young members of the organization.

Oluwayemisi is happily married to Teslim Olatunde Busari, SAN, a lawyer and chartered arbitrator and a founding partner of Akinwunmi and Busari Legal Practitioners, a leading Nigerian law firm. They are blessed with three lovely children’.

DROP DEAD SEXILY GORGEOUS AT 34. TOKE MAKINWA DAZZLES ALL IN SEXY BIKINI SHOOT
Now that robbers are using taxify/Uber how do we ensure our security and safety?
Comment