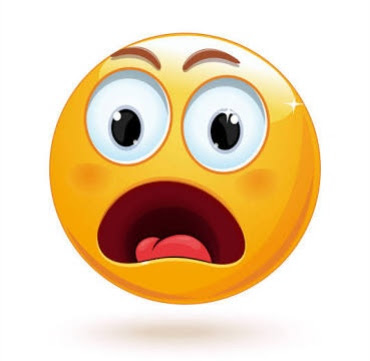 Innovation and technology are great and fantastic, they bring ease and helps to ensure safety/security too in many ways. Unlike how it used to obtain before when the regular types of taxis used to reign supreme and because of how important they thought they were used to act like the lords of the manor, most often outrightly rude and uncompromising, especially with their dirty and not necessarily in great shape cabs. But with the advent of Uber and Taxify and others like them, their wings (that’s talking about the regular taxis) were clipped. At least now they try to be on their best behaviour.knowing now that the customer is king.

Now one part of the reason why these newer, more efficient, more innovative means of transport and movement were eagerly embraced and adopted, which is safety and security has now become a growing source of concern and it is worrying and something should quickly be done, before it becomes something far more alarming. Reason for the noise now about safety and security is because, things in Nigeria are like trends or fads, once it is done and someone is successful at it, it readily becomes the norm and it is adopted and others would just readily adopt or copy same and it becomes the in-thing, the vogue. Just like pure water.

The safety of the passengers that takes this rides needs to be the most important thing and it must not be compromised in the slightest. Apparently a few days back, a lady ordered or better still requested for one of these rides and then she was robbed in a dastardly manner by the driver of the ride, who inflicted injury on the very dazed lady as she was left bleeding profusely from her head, that’s after all her belongings were stolen from her and she was abandoned on the road!!! It took an innocent God-sent passerby, who was kind enough to stop and rescue her by rushing her to Reddington Hospital to forestall, what could have turned more worse as the dazed lady who couldn’t talk was obviously in shock and bleeding.

What if the evil driver had driven her to a secluded spot and raped and killed her? What if he had been a kidnapper? What if he was a member of a ritualist gang? What if???? Many ifs that needs good answers!!!!

How do we ensure our own safety & security in the face of technology and innovation? What can be done, or should we do to act as a deterrent???

We think part of the safety measures must come 1st from the passengers themselves, firstly you must be alert, a lot of the times, your 6th sense, body tries to warn you about a thing, it’s like the Spiderman’s spider sense, we must learn to trust our senses. When you see someone of these drivers and you become uncomfortable, then just follow your instinct and cancel. 2ndly, let the drivers know with witnesses around that they know about the ride and that people know your journey is been monitored. In fact an obvious check of the license plate, with a picture taken may deter or disrupt a plan for evil. Also again, there’s a way you can let others know you have taken a ride via the application itself, it sends the details of your ride to whomsoever you want to send it to. The idea is that if anything happens, the ride and the driver can be traced via the company’s portal. Again, your own safety should be paramount and should never be downplayed, so if it’s pepper-sprays (bought or homemade) or the shock treatment (tasers and mini stun guns) that you can afford, please get it and always have it handy, ready for action in the slightest. Do not compromise on your own safety, it’s better to err on the side of good judgement, than to be sorry. Again, don’t just allow the neatness of the car and the driver to mesmerize you, be sharp, monitor your journey don’t be distracted by your phone, either chatting away, texting away without a care or plain yapping non-stop on the phone, just talking about money or things, acting overly flamboyant anyhow in front of a stranger, which could trigger his negative side.

Do not draw unnecessary attention to yourself. A stranger is a stranger, don’t talk too much neither don’t show off unnecessarily, it might not augur well for you.

Monitor your journey, make sure to know or have an idea of the route to where you are going to (your destination), so if the driver is going through unfamiliar route you know and you ask questions immediately.

Even the good book 1 Pet 5:8 MSG says ” KEEP A COOL HEAD, STAY ALERT. THE DEVIL (YOUR ENEMY) IS POISED TO POUNCE, AND WOULD LIKE NOTHING BETTER THAN TO CATCH YOU NAPPING. KEEP YOUR GUARD UP”.

We have to be careful not to allow this thing turn into a fad or else we would all be in trouble. It might not necessarily be us, but it could be people close to us!!! Just imagine that a married colleague was going home a few days back and she was so scared of entering her ride. We had to assure her all was well. Though we had our hearts in our mouth, praying all would be well. Thank God it was.

We are hoping that what have happened already are only isolated cases, so we shouldn’t be overly worried, but that does not mean we should let our guard down though. Have a nice day peeps, from Maestro’s Media.