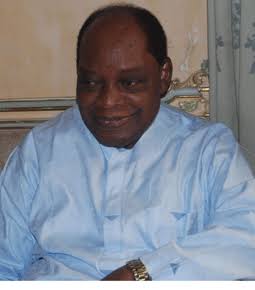 He was a colossus in the hospitality sector of Nigeria and a well respected industrialist too. He also invested very much in real estate, insurance sector and manufacturing.

The Ide-Ahaba of Asaba, one of the most respected titles in Asaba, passed on last night, Monday, November 5, 2018 surrounded by loved ones.
Since he is a titled chief of his domain, his demise must first be reported to the Asagba-in-council first, before his death would now be announced officially.
He died aged 87, having being born on March 20, 1931. He established the SIO Group of Companies, a conglomerate that is into properties, hospitality, shipping, banking & finance, Oil & Gas, Commodities, Tourism & other sundry investments. He used to own the defunct Post Express Newspapers. He also owns the Grand Hotel Asaba, probably the biggest and the best hotel in that part of Nigeria. His SIO Properties is reputed to own one of the largest portfolio of properties in Nigeria, even Africa going as a far as Kenya, Ghana, Zimbabwe and South Africa. He is even reputed to own properties in Manhattan, New York, USA.
Apart from his traditional titles/honour, he holds the national honours of Commander of the Order of the Federal Republic and Member of the Order of the Federal Republic.
Apart from his extensive investments and vast pocket, one major thing he is well known for is that he is a philanthropist par excellence. A renowned philanthropist at that who is super well recognized all over Africa for his charity. He would be greatly missed.
TagsChief SONNY Iwedike Odogwu DELTA STATE Grand Hotel Asaba Ide-Ahaba of Asaba MAESTRO's MEDIA Passed on philanthropist SIO Group of Companies SOCIETY AND LIFESTYLE