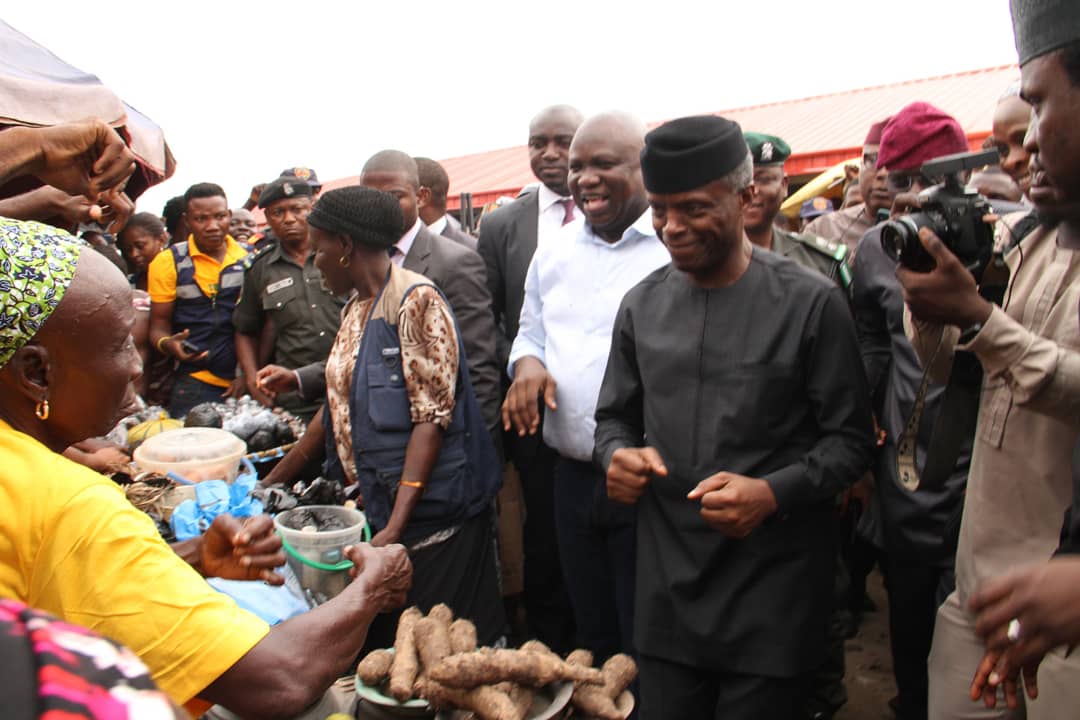 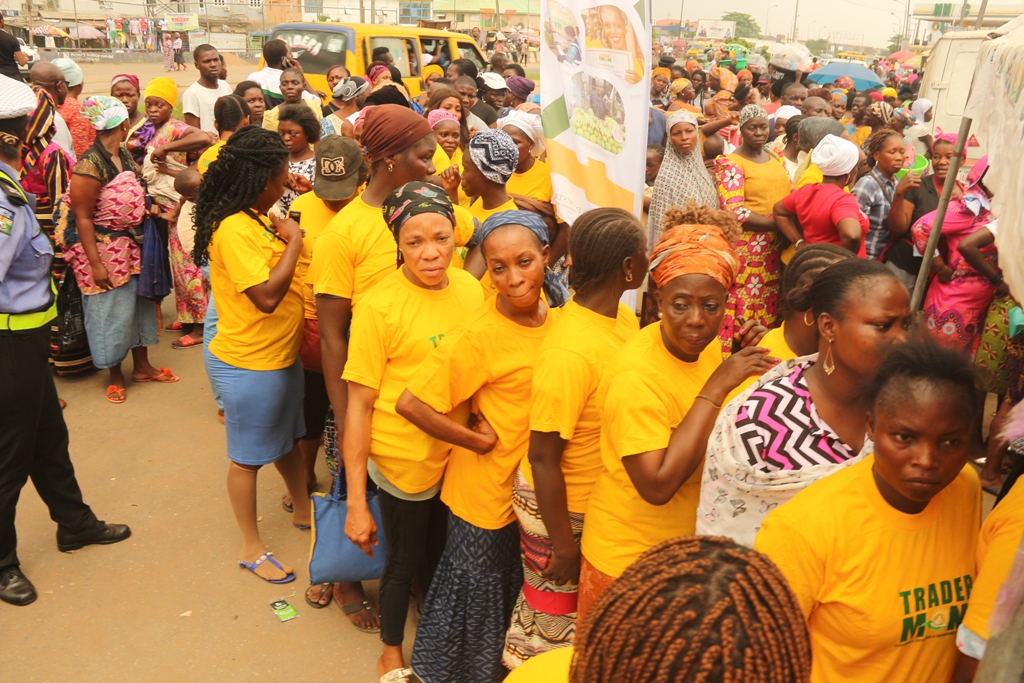 VP Osinbajo who led other Federal and State Government officials to Ikotun, Igando and Ile-Epo markets also urged the traders to make judicious use of the loans to secure more from Federal Government.

While interacting with the traders, the VP said the objective of the scheme would be defeated, if traders do not repay the loan to secure more from the Federal Government.

“This is one particular initiative this administration has put in place to help address the plights of those at the grassroots, which is to help you grow your businesses and make lives meaningful to you and your families.  That’s why we have ensured that there is no collateral at all and that when you repay the loans, you can secure more from the Government because it shows you are serious with what you are doing, ” he said.

Some of the traders who were interviewed, applauded the initiative but pleaded for more loans saying that they would be willing to boost their trades and businesses with as much fund as possible that’s made available to them.

Yemisi Babalola, a salt trader in Ikotun market expressed her readiness to invest the money in her trade.  She said that although she would have loved for the money to be more, she would nonetheless make judicious use of the initial fund so as to qualify for more loans.

Similarly, Jide Akanni, a butcher at Ile-Epo market, said that it took the actual arrival of the Trader-Moni officials in the market, for him to be convinced that it was true.  He said having been registered and his account credited, he now believes the scheme is real.

“When they say Trader-Moni, I had always thought it was one of those political gimmicks. But today,  I am convinced that it is real.  As I repay the initial loan given,  I have been assured of prompt increased money,” Akanni said.

Gradually and steadily, this very well thought out initiative of the FG is reaching more and more people.