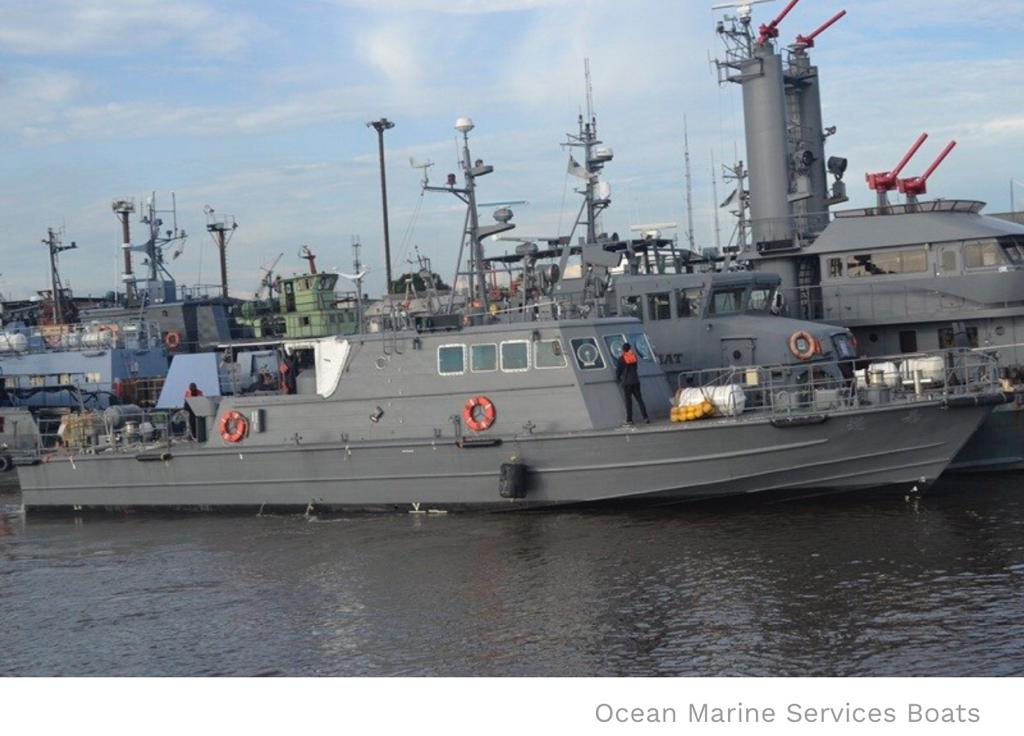 Among Nigeria’s more respected and renowned corporate citizens, Ocean Marine Services is streets ahead. Established to enhance the safeguarding of maritime related commercial investments by offering expert advice and real time solutions to security problems, OMS also provides premier security solutions that help to promote a safe business environment not only in Nigeria but the entire West African Coast.

Given this background, its impressive catalogue of corporate social responsibilities and proven integrity in the industry and beyond, the company found incongruous a Thisday publication of December 10th, 2018, promoted by one Eraskorp Nigeria Limited (Eraskorp) accusing it of impropriety on the multi-million dollars pipeline surveillance deals with the Nigerian National Petroleum Corporation (NNPC).
Those conversant with the far-reaching activities and integrity of the company say it is a ludicrous and puerile publication not deserving of the attention of OMS. Its management reckoned however that it was worth reacting to, and setting the records straight, in view of how fast such negative reports travel.

Also, the company stated that it was constrained to respond to the publication in the sole interest of the general public that has been presented with a potpourri of untruths, inaccuracies, and fabrications which serves no utilitarian purpose than to undercut the reputation and goodwill of the company.

“Many in the oil and gas industry and even in the Nigerian commercial sphere are aware that OMS is a law-abiding corporation with a sterling reputation of probity, integrity and competence that has made significant contributions to the Nigerian economy. We fully intend to protect this hard-earned reputation. Accordingly, in all our years of existence, we have conducted our business fully in compliance with the law, and as a testament to this, allegations of impropriety have never been proven against OMS,” the statement read.

Further, it stated, “As it relates to our competence, the record of our contribution to the Nigerian economy, through stellar services, are clear. We need not itemise our track record of success on this platform, in order to give credence to our work. That said, we categorically state that we are proud of our work in assisting the Nigerian National Petroleum Corporation (NNPC) in a number of pipeline surveillance mandates, including our impressive performance surveilling the Bonny-Port Harcourt and Warri-Escravos evacuation lines.”

The company went on to assert that despite the allegations, what is independently verifiable is that its efforts are directly responsible for an increase in revenues for Nigeria and a significant reduction in what had become recurring costs in repairing damaged and/or vandalised pipelines. “We counsel that any allegations of corruption by Eraskorp should be directed at the relevant anti-graft agency(ies), rather than co-opting the instrumentality of the media to conduct a media trial that relies on pedestrian, half-baked, and inaccurate allegations, devoid of factual evidence.

OMS prides itself on its robust anti-corruption policy, and for the avoidance of doubt, the company does not engage in any form of corrupt practices, economic crimes, financial crimes and/or acts of economic sabotage. Specifically, the award of the surveillance contract for the Trans Forcados Pipeline (TFP) to OMS followed due process, with no wrongdoing, illegality, or illicit activities underpinning its award,” the company said.

It continued: “We take the allegations of impropriety in the publication very seriously, and we would be pursuing our legal remedies, including but not limited to actions in defamation and injurious falsehood. We trust that in this era of fake news, our media houses and journalists would continue to uphold the standards of their profession by verifying publications, at all times, with authentic and reliable sources, before publishing. We must never sacrifice truth on the altar of sensationalism.”